Nine years after the originally planned opening date, Berlin Brandenburg Airport has finally opened, bringing an end to the life of a part of a city filled with rich aviation industry.

The opening of Brandenburg Airport will see Berlin Tegel Airpot close – 72 years after it opened – and incorporates the infrastructure of Berlin Schonefeld, which on Oct. 25 officially became Berlin Brandenberg Terminal 5. 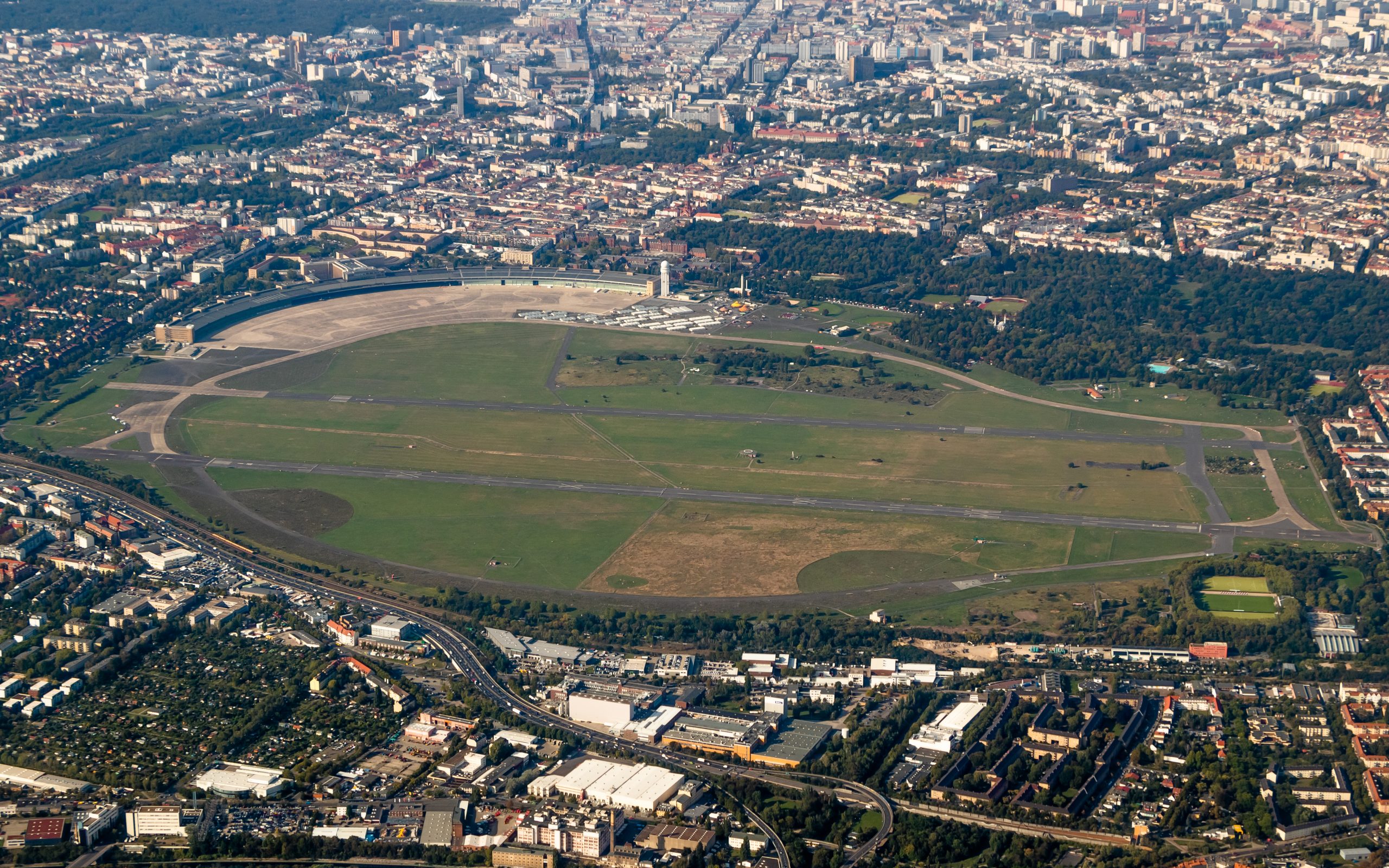 The opening of Berlin Brandenburg was also the cause for Berlin Tempelhof, the airport located in between Tegel and Schonefeld that took center stage during the Berlin Airlift, to close in 2008 after opening in 1923.

The necessity for a new airport came about after the reunification of Berlin in 1990, seeing the city once again become the federal capital of a unified Germany. The government sought to have one single airport to replace the three aging airports scattered across the city.

And so on May 2 1991 Berlin Brandenburg Flughafen Holding GmbH was founded, owned by the federal states of Berlin and Brandenburg (37 percent each) as well as the German government (26%). In 1996. following a number of considerations – including noise pollution and land-use planning – the land south of Berlin Schonefeld was chosen as the site of a new airport, which would already have road and rail links to Berlin’s city center thanks to Schonefeld’s operation. 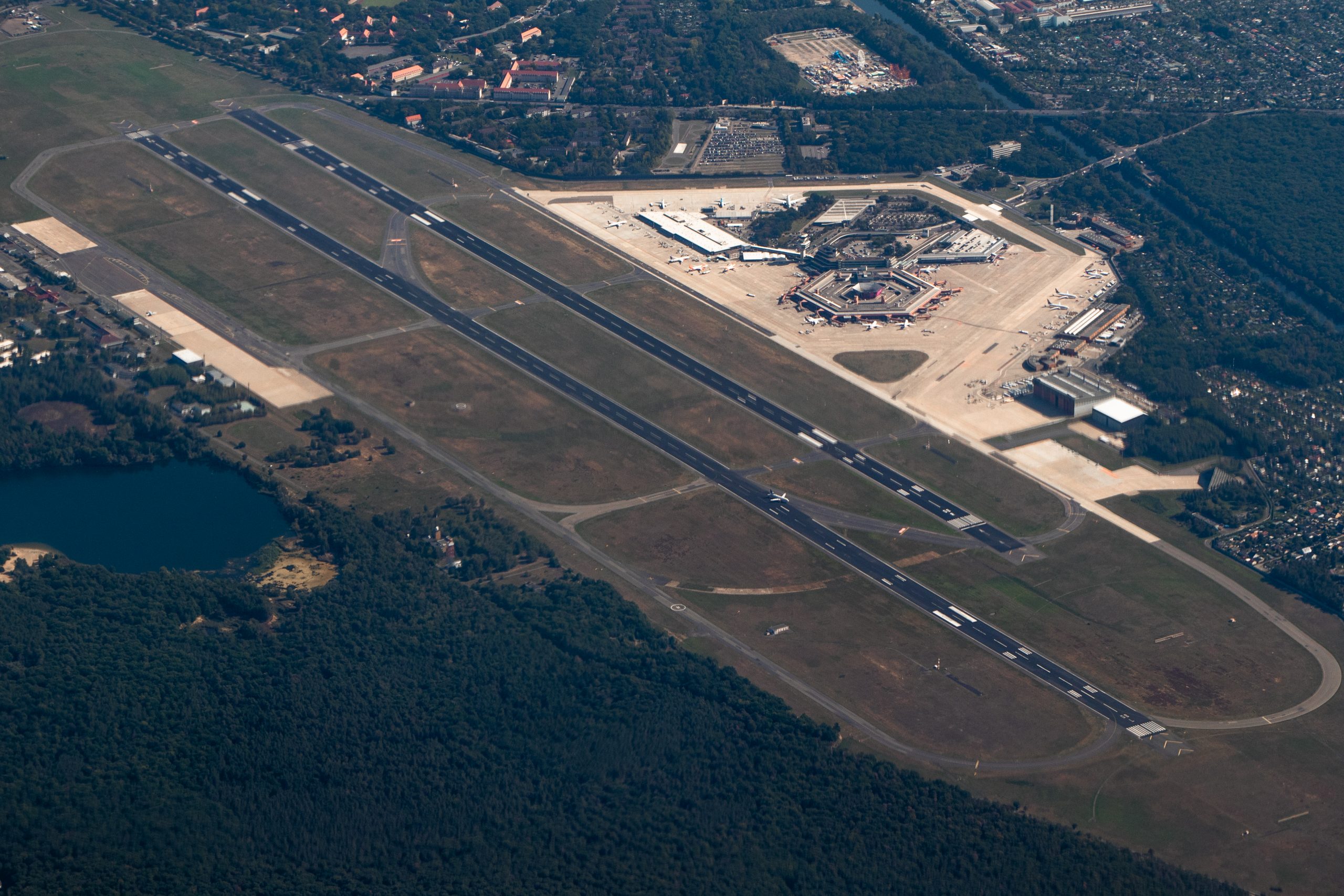 Berlin Tegel Airport as seen from the sky. (Photo: AirlineGeeks)

The decision to build south of Schonefeld Airport, which at the time had two parallel runways until the southern one was closed in 2007, would see the Brandenburg terminal built south of the remaining Schonefeld runway but north of a new runway, which would end up as a second parallel for the airport.

Berlin Brandenburg was to use the International Air Transport Association code of BIR, but after discovering that the Indian airport Biju Patnaik Airport had already used the three-letter code, BER was named the alternative. In 2007, the board overseeing the construction of the new airport decided to give it a second name, choosing Willy Brandt, the former mayor and chancellor of West Berlin who died in 1992, as the honoree.

Fifteen years of planning saw the actual construction work for Berlin Brandenburg Airport begin on Sept. 5, 2006, with the opening date set for October 2011. To make way for the new airport, two villages were demolished and more than 300 people relocated nearby.

Berlin Brandenburg has been famous for continuous development delays and has become a laughing stock for the city, going against the idea of an efficiently-built German product. Many reasons led to the opening date being continuously pushed back, but the biggest of all came from faults with the fire protection and alarm system, which failed its acceptance tests and turned out to be of insufficient quality to meet the standards required in the construction permit. To rectify the issue, the whole system had to be re-wired and re-engineered.

After investigating how such a system was built to fail, it was discovered that the engineer in charge of designing the system in the first place was not actually the qualified engineer that he so claimed to be, but rather an engineering draftsman.

Other defects and incorrect installations essentially made it cheaper for the whole building to be knocked down and rebuilt from the beginning, instead of spending billions of euros to rectify the problems. 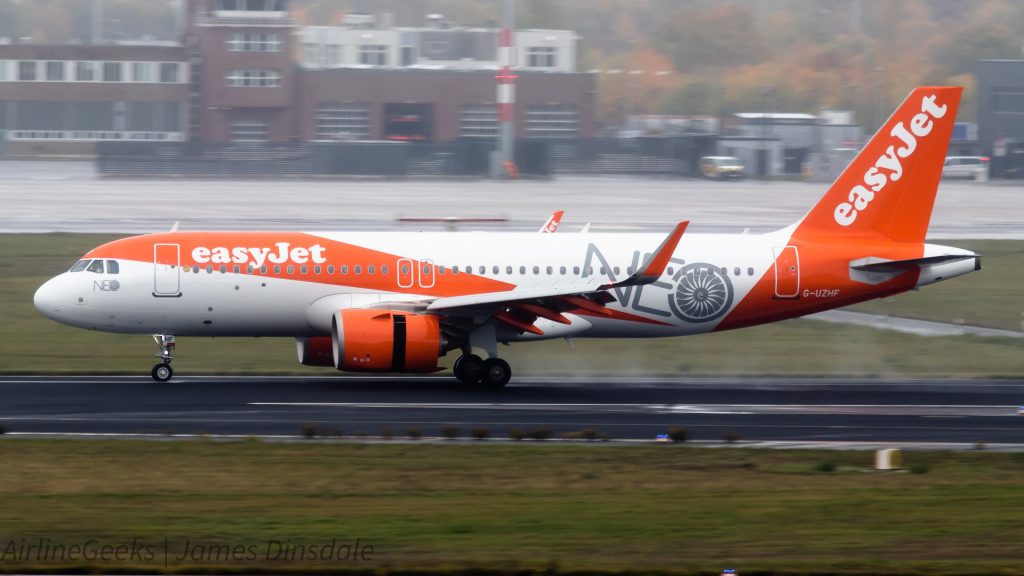 Fast forward to the year 2020 — arguably the worst year in the history of aviation — and Berlin Brandenburg is finally ready to open.  Today saw easyJet flight EJU3110 land on runway 25R ahead of Lufthansa flight LH2020, both aircraft operating Airbus A320neos. The original plan for the two aircraft to conduct a simultaneous parallel approach onto both runways was canceled after the weather made this not possible. The Instrument Landing System on runway 25L has not yet been activated. 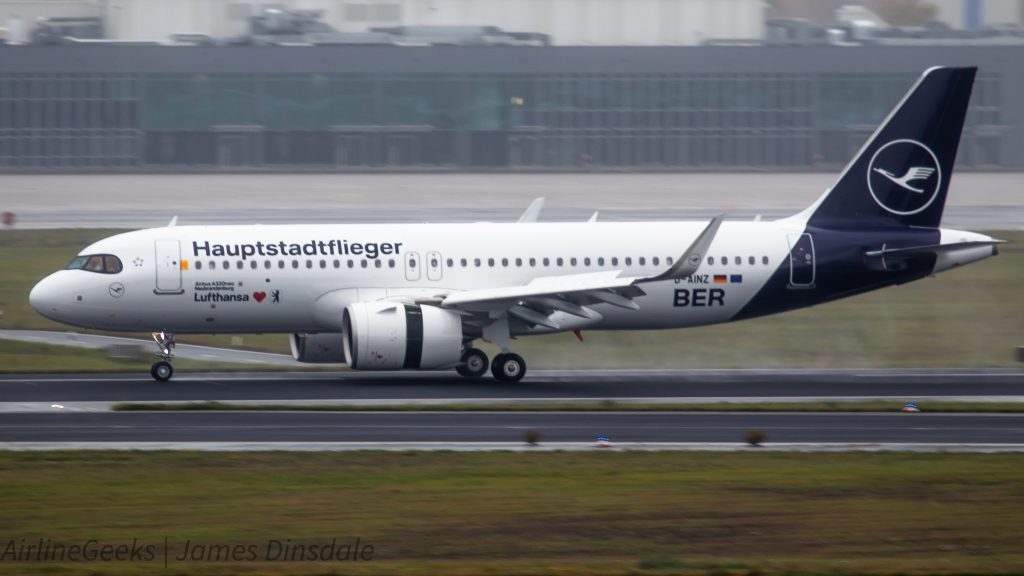 Today’s opening was not short of protests. A city that has held anti-lockdown and anti-coronavirus throughout this year played host to protests by environment activists Extinction Rebellion and also the local taxi drivers.

The police authorities planned around 3,000 protestors to arrive at the same time of the two flights, with several protestors making it onto the terminal roof. The taxi drivers are unhappy with the future plans regarding public transport and want all 7,000 Berlin taxis to get loading rights at the airport in the future, not just 300 as previously planned. They left Berlin Tegel and drove around the capital to the new airport. 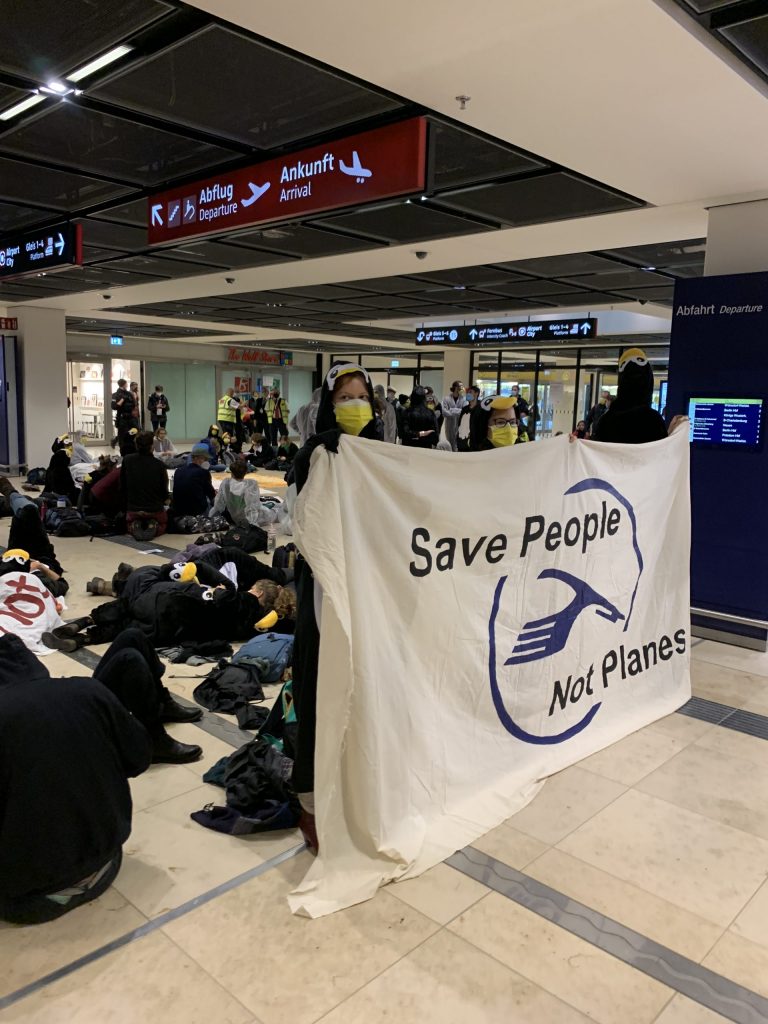 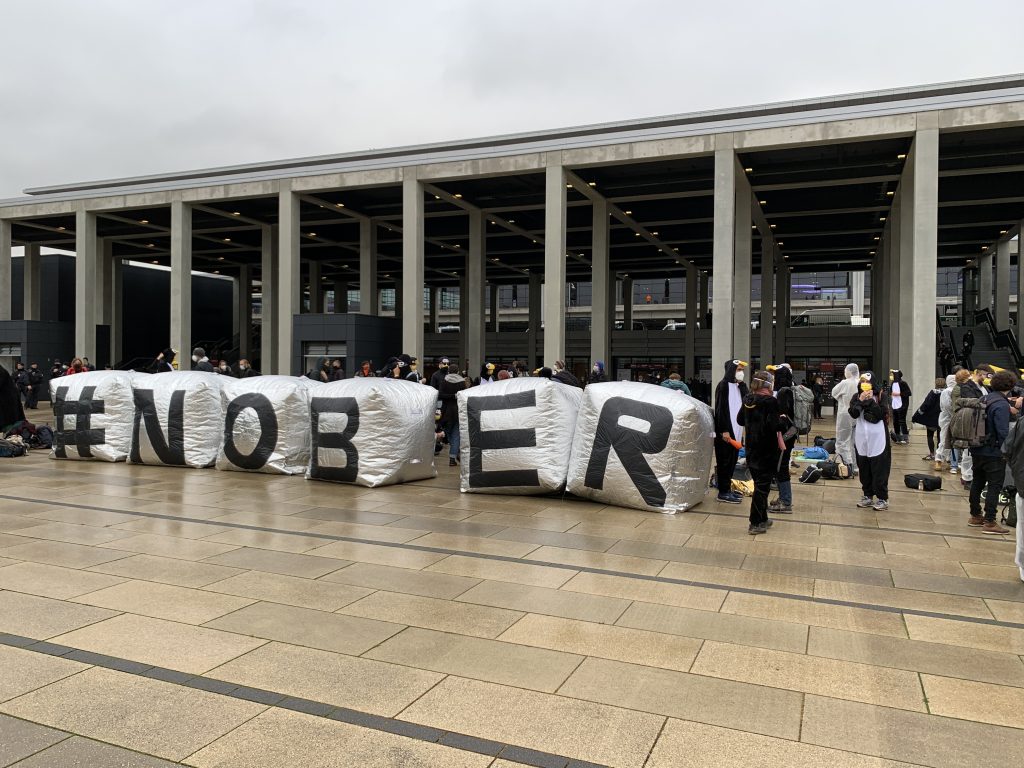 The first departure from Brandenburg Airport is scheduled for 6:45 a.m. on Sunday, Nov. 1 for London Gatwick operated by easyJet. Three days later – on November 4th – the southern runway will also open. The last flight from Berlin-Tegel is scheduled to take off for Paris on November 8th operated by Air France, the first civil airline to fly to Tegel all those years ago.