As seen before in times of struggle, the gaps in the aviation route map have always left room for new competitors and the ability to test the waters on recently dropped or previously unserved markets. Post-September 11, the industry saw the rise of airlines like jetBlue, Eos Airlines, SkyBus, and Independence Air all with varying degrees of success. An ultimate failure to diversify the market was further met with a round of mergers and airline bankruptcies as longer-term names like ATA Airlines and Aloha Airlines faltering alongside the new brands.

Now for the first time since the merger friendly era that began with Delta and Northwest in 2008, the industry has experienced a massive drop in demand following the pandemic of COVID-19. And while the airline field finds itself in a more consolidated point then ever before, there are a few names hoping to jump into the scene and make some noise. 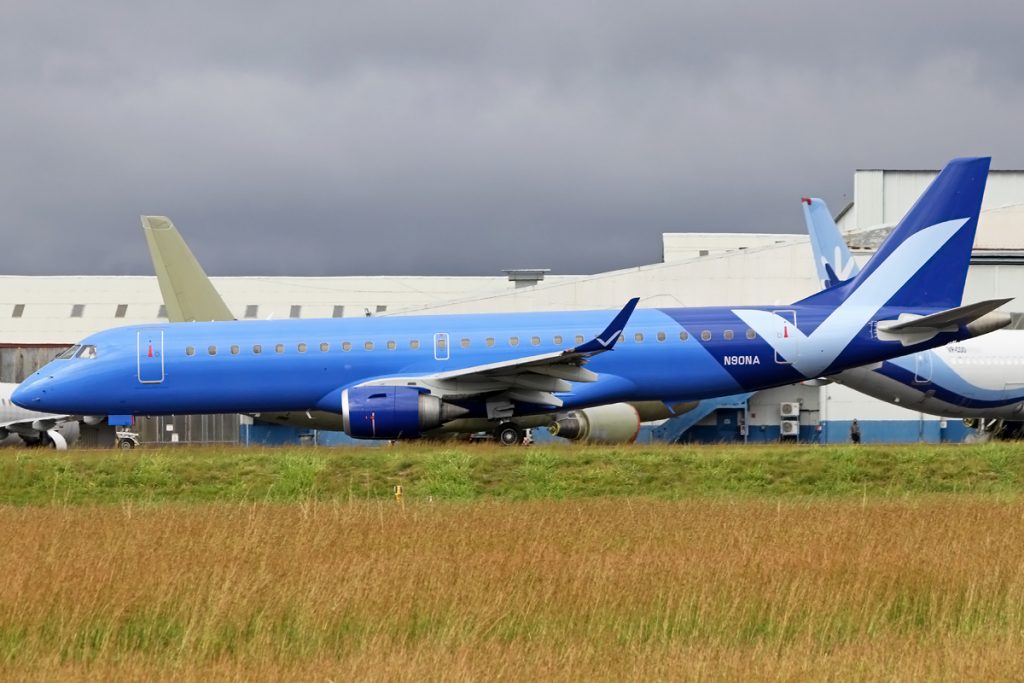 The most commonly talked about and most hyped-up airline planning to start operations in the upcoming year is that of Breeze Airways. The airline is under a management team lead by David Neeleman, a well-known businessman in aviation startups. Neeleman has had a hand in starting multiple brands that have bore fruitful launches, including Morris Air, WestJet, jetBlue and Azul.

Following the success of Salt Lake City-based Morris Air and New York-JFK-based jetBlue, Neeleman’s newest brand hopes to target gaps in markets and routes that are not served or were quickly dropped. Unlike the previous brands, Breeze Airways will walk away from the traditional hub-and-spoke structure and instead focus on a more hybrid map. The route map has not been solidified just yet, but some cities are being talked about like small markets including Lexington, KY and New Haven, CT, alternative airports like Chicago/Gary and St. Louis/Belleville and leisure destinations like Las Vegas and St. Petersburg, FL.

Breeze Airways will start operations using Embraer ERJ-195s, pivoting to Airbus A220s down the line. The ERJ-195s will be 30 strong and come from airlines like Air Canada and Azul after disposing of their fleets while the A220s will be 60 strong with deliveries starting this year. The airline’s original livery will see two shades of blue with a large display of the airline’s logo crossing the rear fuselage and tail.

Breeze’s launch has been a mix of both positive and negative news. Neeleman has been active in promoting the airline and has raised over $83 million in funding to get the airline off the ground. On the flip side, offering below industry average pay for airside workers has not been well received by those currently struggling in the COVID-19 environment.

Located in the namesake region of the country, Midwest Express Airlines hopes to revitalize the old glory of the previous iteration of the company the fell silent following a merger with Frontier Airlines in 2010. The Midwest Express, and later on just Midwest, brand was well known across the northern half of the region for offering exceptional service at competitive costs. Fleets of Douglas DC-9s, MD-80s and later Boeing 717s had 2-2 seating and offering meals on board. The airline was especially known for its baked-on-board chocolate chip cookies.

While not bringing back all the luxuries that old Midwest Express offered, the new carrier aims to create that Midwestern pride and revitalize at minimum the chocolate chip cookie experience. The airline announced in 2019 that it had planned to start with three routes, all out of the original Midwest Express hub of Milwaukee.

Flights were planned to start in 2019 with the first routes being to Cincinnati, Grand Rapids and Omaha. The airline would utilize Elite Airways Bombardier CRJ-200s and CRJ-700s with the route announcement coming as the first Midwest Express CRJ-200 arrived in company paint. The livery is far removed from the blue fuselage aircraft that dominated General Mitchell Milwaukee Airport for decades but does allow some ties to the old colors such as the yellow, blue and white palate and original Midwest Express logo.

The airline has already had some highlights and low points before starting operations. A delayed start and eventual break of contract and lawsuit with Elite Airways have severed the plan to get the airline started before the pandemic transpired. However, the lack of service has not distracted CEO Greg Aretakis from noting that the airline has raised over $1 million in funding.

While Eastern has been a name that has been around prior to COVID-19, this new iteration of the legacy brand is making serious moves during the current situation. Following the second attempt to launch the airline name in 2015, this third iteration is being forged following the bankruptcy of Eastern in 2017 and the eventual sale to its current owner, Swift Air. Under new management, the airline has since evolved its livery to differentiate from the defunct carrier alongside rebranding the parent company from Swift Air to iAero Airways.

This new Eastern is focused on exploration, from route map to livery. The topographical logo and two tone-blue and yellow livery have shown that the airline is willing to test what is out there. And in doing so, a route map that explores the Americas begins to form. In early 2021 alone, the airline will launch flights from the eastern US seaboard to Guayaquil, Mexico City, Belo Horizonte, Quito, and Anchorage. The airline already has a strong focus on flying south, with other destinations including Asunción, Port-au-Prince and Guatemala City from hubs in New York-JFK, Miami, Los Angeles and Philadelphia.

Under the airline’s control is a fleet of all Boeing 767s, with potential for 777s down the line. Eastern operates a fleet of 10 Boeing 767 aircraft, split evenly at five apiece between the 767-200 and 767-300 models. The airline took delivery of three Boeing 777-200s in the previous calendar year but have since stored all models in the wake of the COVID-19 pandemic.

Whether these airlines succeed is yet to be seen, but all three brands come in with different expectations and different route maps. From the regionalized Midwest Express hub in Milwaukee to the medium and long-haul potential of Eastern Airlines, these carriers will need to find their own footing in a regrowing market. It will be entirely up to them to prove they belong and help shape the COVID-19 aviation landscape for American air travel.