An Alitalia A330 at MIA. (Photo: AirlineGeeks | William Derrickson)

Ailing Italian flag carrier Alitalia has hit another bump in the process that was set to see the newly-formed state-owned company Italia Trasporto Aereo (ITA) take over Alitalia’s main assets and flight operations and then receive a 3 billion euro ($3.6 billion) fund injection from the country’s government.

The ITA business plan has raised numerous concerns by the European Union which needs to make sure strict conditions are in place for the new cash injection not to be considered state aid, which would go against EU laws. According to Italian financial newspaper Milano Finanza, the European Commission sent a letter to ITA Board last week detailing over 100 issues that will need to be clarified for the plan to obtain the green light from the continental government headquartered in Brussels.

These issues pertain to the conditions that would guarantee business discontinuity between the old Alitalia and the new ITA and the soundness of the proposed business plan.

Discontinuity is the Key

The European Commission is requesting that ITA takes over only the flight operations of current Alitalia, without including the maintenance division or the ground handling arm, both of which employ a significant number of people.

Furthermore, the passage of some assets from Alitalia to ITA is present some challenging legal hurdles: Alitalia is supposed to auction off its brand, its IATA flight code (AZ), its IATA ticketing code (055) and its frequent flier program Millemiglia with its five million members. ITA wants to take part in the auction but Brussels wants to make sure that it is not granted preferential treatment.

It is also being requested that not all slots at the artificially slot-constrained Milan Linate Airport are handed over directly from Alitalia to ITA. Alitalia currently holds approximately 70% of slots at the airport, which is closer to the city center and is very popular with high-paying business travelers, and the European Commission is requesting that some slots are transferred to other airlines currently operating at Linate as well as potential new entrants.

Linate is currently restricted to 18 hourly movements, widebody aircraft cannot be operated from the airport and only destinations within the European Union can be served. Rumors that circulated before the COVID-19 pandemic suggested that London was Alitalia’s most profitable destination from Linate, but those flights are no longer possible since the United Kingdom left the European Union on Jan 1.

There are also other questions that need to be answered concerning the business model to be adopted by ITA, including how many hubs will be operated, how long it will take for routes to move into profitability and how the fleet will be sourced. 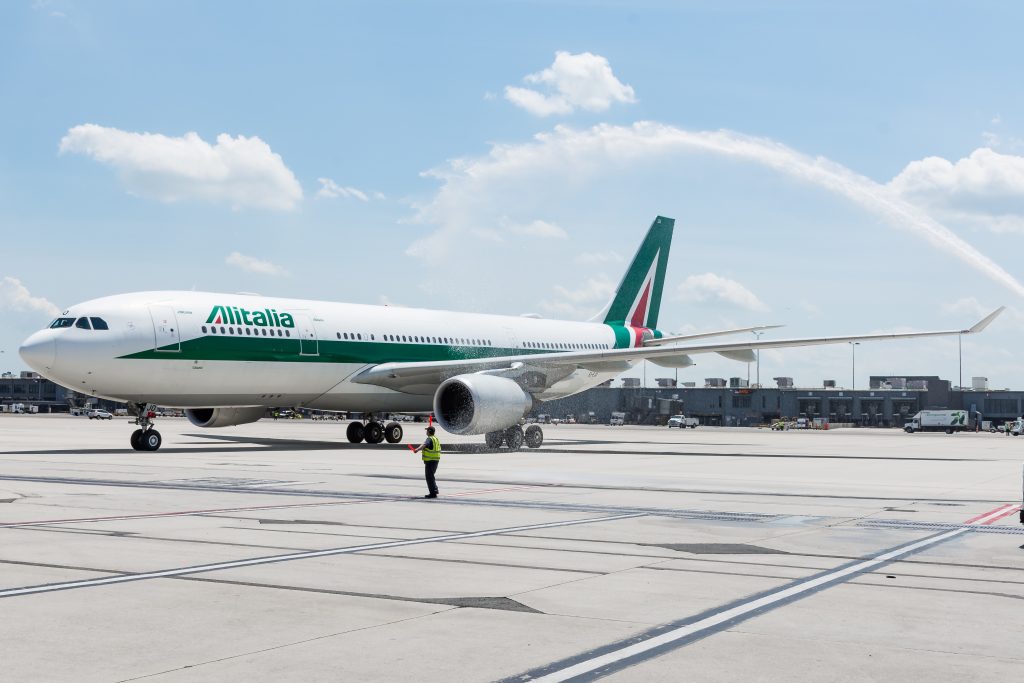 The Clock is Ticking

The European Commission wants answers, and should their requests need substantial modifications to the business plan, the process could significantly delay the launch of the new company, which had originally intended to be operational by April or May. And this may be bad news for the current Alitalia, which is quickly running out of cash operating amidst the worst crisis in the history of commercial aviation.

Special commissioner Giuseppe Leogrande — who has been running the company since it declared for bankruptcy in May 2017 — has warned that employee salaries may not be guaranteed for the next few months, Italian newspaper Il Sole 24 Ore reports.

The Italian government had allowed a 350 million euro indemnification to compensate the company for the COVID-19-related restrictions that have almost entirely decimated travel demand. The first payment for 200 million euros was made in September, but the European Commission, after examining the books, authorized only a 73 million euro payment instead of the intended remaining balance of 150 million euros.

Alitalia desperately needs the missing 77 million euros to see the company through to April, hoping that by then ITA can start operations and succeed its longstanding predecessor.