LATAM Airlines Group announced a new cargo fleet growth plan for the next three years that includes the conversion of up to eight Boeing 767-300ER aircraft from passenger to cargo configurations, conversions that will increase the group’s combined cargo capacity by almost 80%. With this plan, the carrier is seeking to expand its service alternatives and take advantage of the synergies of operating a homogeneous cargo fleet.

In a statement, the group said that its plan will take place in two stages of future deliveries. The first phase is based on four confirmed orders with Boeing for conversions between 2021 and 2022. With Boeing the 767-300BCFs — which stands for Boeing Converted Freighters — LATAM’s cargo operators will have a total of 15 cargo aircraft. The second phase, on the other hand, corresponds to four conversion options the carrier has with Boeing set to take place between 2022 and 2023, after which the operators would have a fleet totaling 19 Boeing 767-300ER freighters.

“Despite the deep crisis that the pandemic has imposed on the industry, LATAM Airlines Group remains committed to supporting exporters and importers in the region with more and better options to get their products to their destination,” commented LATAM Group CEO Roberto Alvo. “That is why the growth plan has been accelerated with the conversion of up to 8 Boeing 767-300ERs in the next 30 months. This investment, added to the significant efficiencies achieved within Chapter 11, supports our aspiration to be the best alternative for cargo customers.”

“The combination of the LATAM Group’s passenger operations with between 15 and 19 Boeing 767-300ER cargo aircraft strengthens the group’s value proposition for its cargo customers,” Bianchi said. “The additional conversions will allow the group’s subsidiaries to expand their network in key markets such as flower exports from Colombia or imports to Brazil, as well as in domestic markets where the growth of e-commerce generates higher volumes of air cargo. Growing with Boeing 767-300CF freighters is a significant advantage since it is the optimal aircraft for these different types of operations and using a single type of aircraft generates relevant efficiencies.” 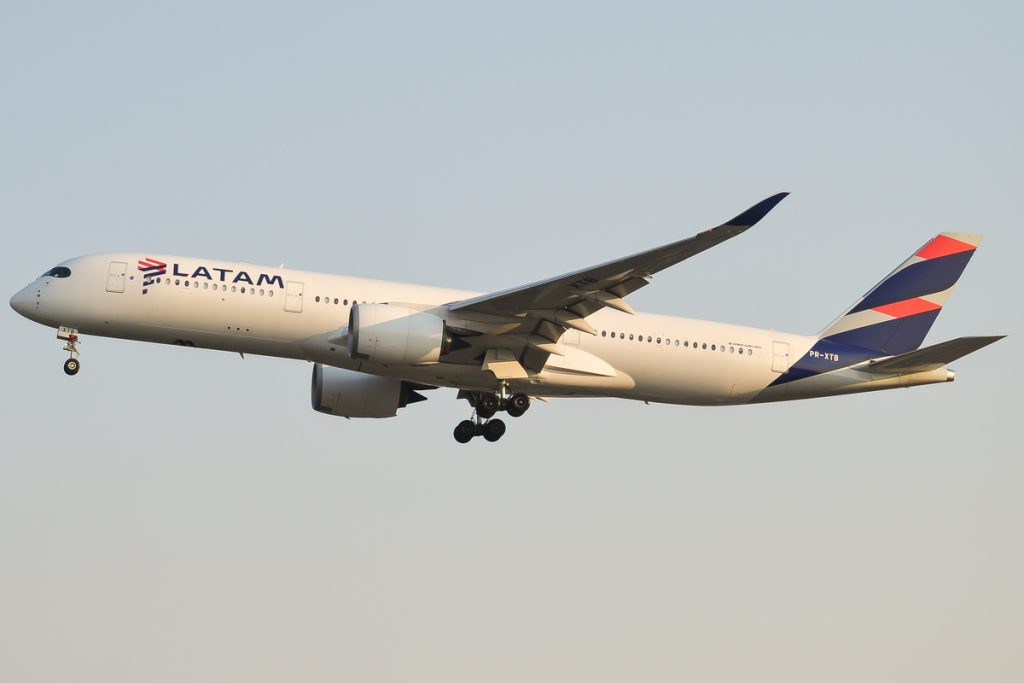 During 2020, LATAM Cargo played an active role in ensuring the consistent supply of necessary medical equipment and other supplies throughout South American countries, especially in the difficult-to-access areas in and around Brazil, Chile, Colombia, Ecuador and Peru. It also worked to bolster its bottom line by continuing to take a lead role in exports and imports throughout South America, even increasing its frequencies by more than 40% in markets that required it. To achieve these results even as it lacked enough cargo aircraft to meet its newfound obligations, it operated passenger planes for the exclusive transport of cargo.

In addition, during the COVID-19 pandemic, LATAM Airlines operated its first flight to China, done so with the goal of bringing medical supplies and personal protective equipment back to South America. The airline would go on to make more than 80 flights to the Asian continent in the months that followed. The carrier currently makes trips to Europe and China to transport COVID-19 vaccines to the region,and through the LATAM Group’s Solidarity Plane Program has made its structure available for the free transport of vaccines in domestic markets throughout South America.

The Spanish Airline Pilots Union (Sindicato Español de Pilotos de Líneas Aéreas – SEPLA)  began on Friday, the first of three 72-hour strike periods called for August. The measure will run until next Sunday, while other days of protest will take place on 19, 20, 21, 27, 28 and 29…