American Airlines is preparing for its best season since the COVID-19 pandemic began over a year ago. The airline has seen a surge in bookings and revenue and its preparing to return all of its planes to service by May.

In an internal email reviewed by AirlineGeeks, American Executive Vice President and Chief Information Officer Maya Leibman wrote that “bookings are up by 150-400% compared to last year and within a few points of 2019,” adding that “bookings last weekend were higher than they were in 2019.”

This comes in addition to the carrier’s “biggest revenue days” during the pandemic, highlighted by an 80% domestic load factor last week.

“These are stats we haven’t seen in a year. And all I’m hearing from my friends and family are their travel plans for this summer – you probably are too,” Leibman wrote. “It feels like there’s this incredible pent-up demand to GO SOMEWHERE!”

“Sure, yields are not where we want them to be and we still have a long way to go but there’s no doubt that the train is leaving the station (plane is leaving the hangar – literally!),” Leibman’s email continued. 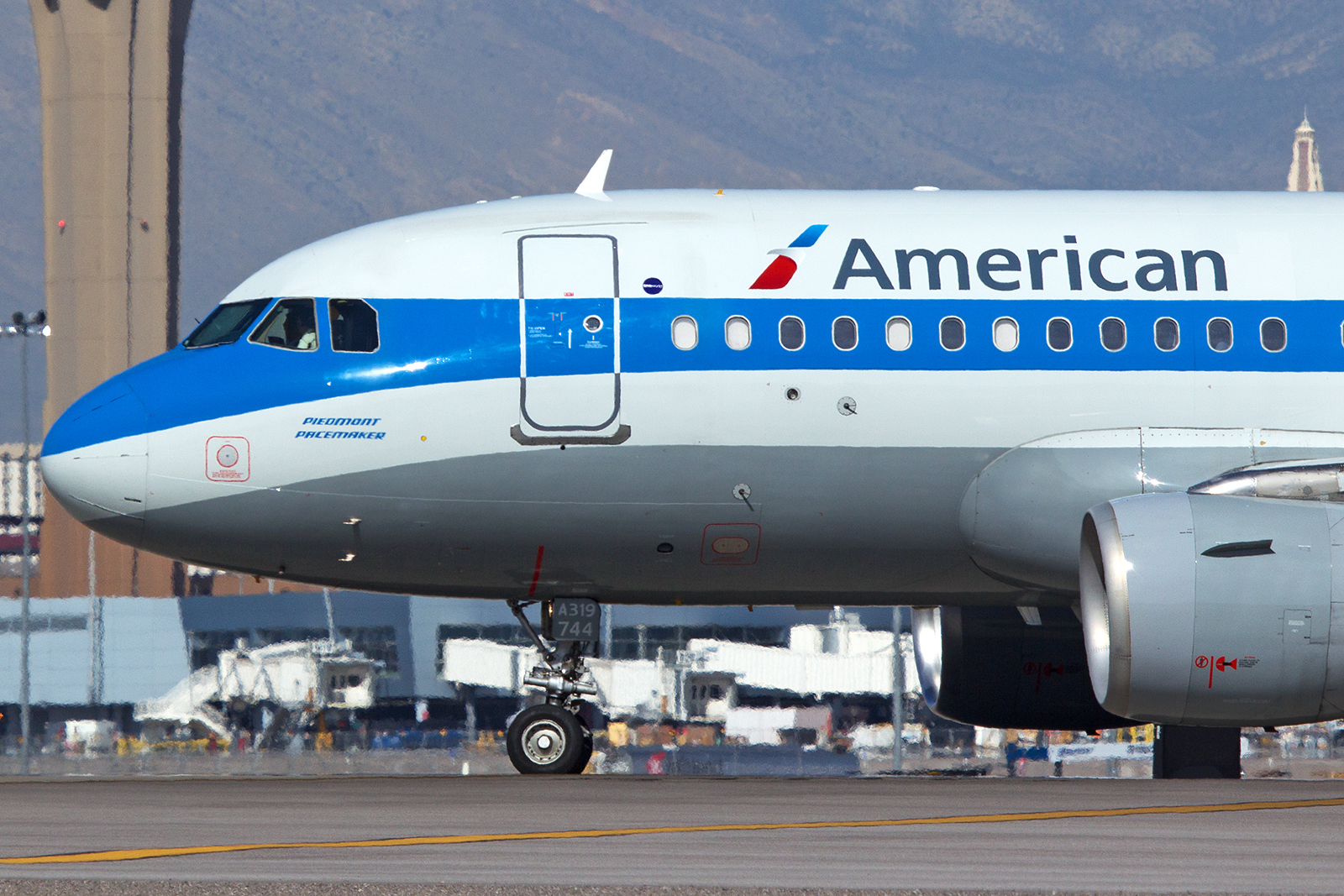 An American A319 in a special Piedmont livery in Las Vegas. (Photo: AirlineGeeks | William Derrickson)

American has been working to add additional frequencies and cities across its network over the past few months, including a rapid expansion in Austin, Texas and new additions from New York City’s John F. Kennedy International Airport to multiple destinations in Latin America and the Caribbean.

“These routes not only provide opportunities for companies to get back to business and for leisure travelers to enjoy the excitement of Austin, but also connect Central Texans with new leisure destinations they desire,” Brian Znotins, American’s vice president of Network Planning, said in a press release.

It’s important to note that much of this travel is likely from people who are not fully vaccinated if they have received a single shot at all. States have different timelines for getting vaccines out to citizens, but assuming the May 1 timeline set out by President Joe Biden, many people will not have full immunity until July, assuming they get both doses in May and it takes four to five weeks to build immunity.

Many states have timelines that are more ambitious than that – Mississippi made vaccines widely available in February and Illinois will have them available for most citizens in mid-April – but many others are still more or less in line with federal guidance on distribution.

All Planes Flying By May

In response to the uptick, American is planning to by flying all of its planes in May. While it is optimistic news, American’s fleet will be substantially smaller in May than it was at the start of the pandemic – in the past year, the airline has retired 34 Boeing 757s, 24 Airbus A330s, 20 Embraer E190s and 16 Boeing 767s, all of which combined represent nearly 10% of the pre-pandemic fleet.

Returning the 850 planes that American operates will surely be no small feat; the airline is, after all, the world’s largest by fleet size. But the airline will, like so many others, look remarkably different, as it has taken the pandemic to expedite aircraft retirements and streamline its fleet to boost cost, training and standards efficiency and consistency. 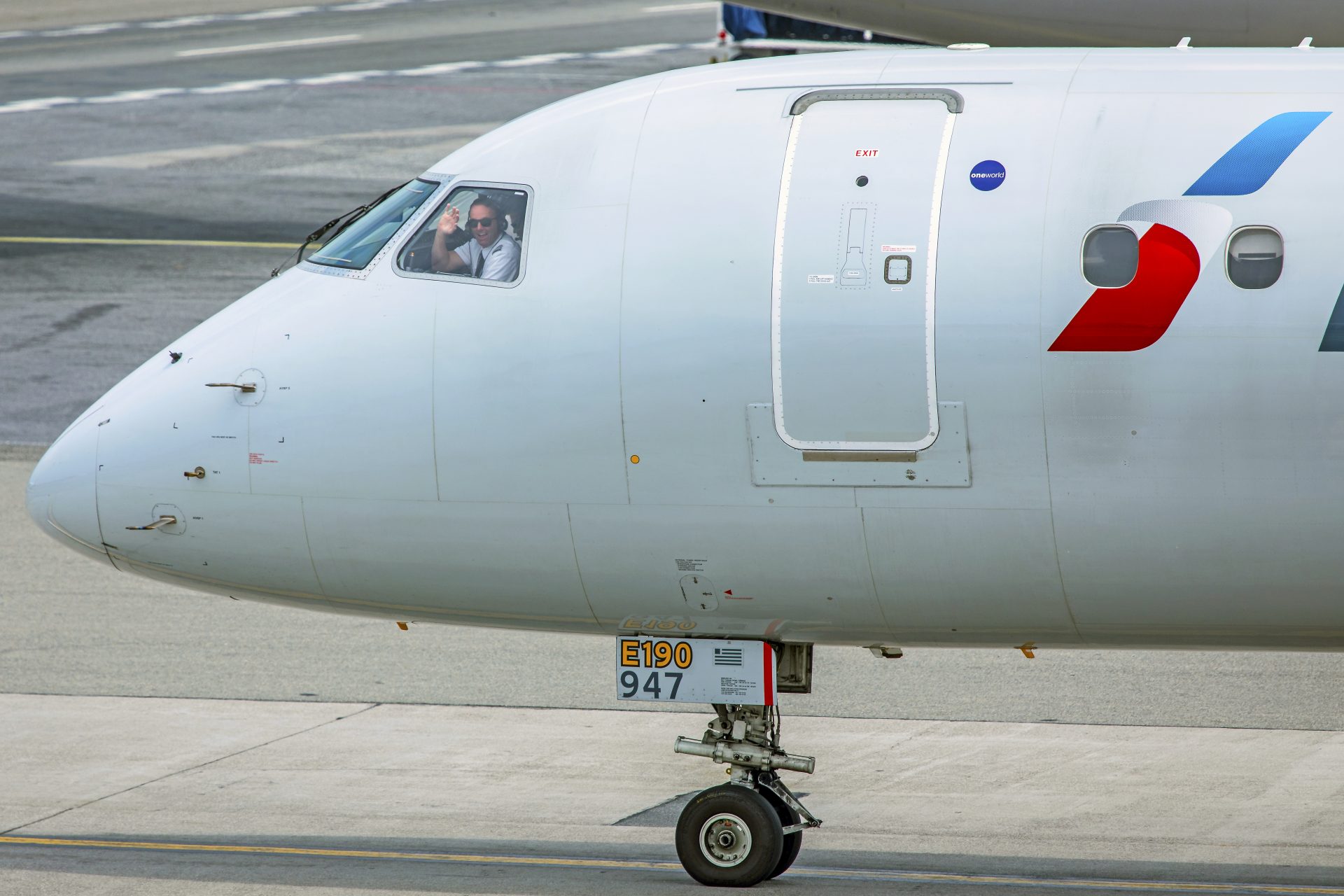 A pilot waves from an American E190 at LaGuardia. (Photo: AirlineGeeks | William Derrickson)

American did not immediately respond to a request for comment.

This report comes as aviation insider blog Paddle Your Own Kanoo says pilots at American’s wholly-owned regional airlines were asked to delay vaccination against the coronavirus to ensure they can fly during the demand uptick. The Federal Aviation Administration (FAA) requires aviation professionals like pilots and air traffic controllers to wait 48 hours after each vaccine dose before returning to their duties, regardless of which vaccine they get.

“Piedmont will be unable to release any additional pilots for COVID vaccination for the weekend of March 19-21 due to high demand,” wrote Piedmont Airlines Chief Pilot John Pursell, adding that pilots should “attempt to schedule later in the month” to maintain “operational reliability.”

The FAA says the 48-hour waiting period helps “maintain the highest level of safety” by allowing crewmembers completing required duties to recover from any potential side effects that may arise after each dose.

American told mainline pilots in January to schedule shots during their own time and to ensure they account for the waiting period.

American’s report matches expectations from airlines across the U.S. and around the world that summer will bring an uptick in travel demand as coronavirus vaccines are rolled out with increasing speed. No other airline has yet revealed data as comprehensive as American’s.

United Airlines has announced it will fly 52% of its 2019 schedule over the summer. The airline added over two dozen nonstop routes to vaccine destinations starting over Memorial Day Weekend.

“In the past few weeks, we have seen the strongest flight bookings since the start of the pandemic,” Ankit Gupta, vice president of United’s domestic network planning and scheduling, said in a press release. “As we rebuild our schedule to meet that demand, adding in seasonal point-to-point flying is just one of the ways we are finding opportunities to add new and exciting service.”

Delta is adding services to 20 leisure destinations and revealed Friday it is boosting its Icelandic network as the country opens its borders to vaccinated Americans. 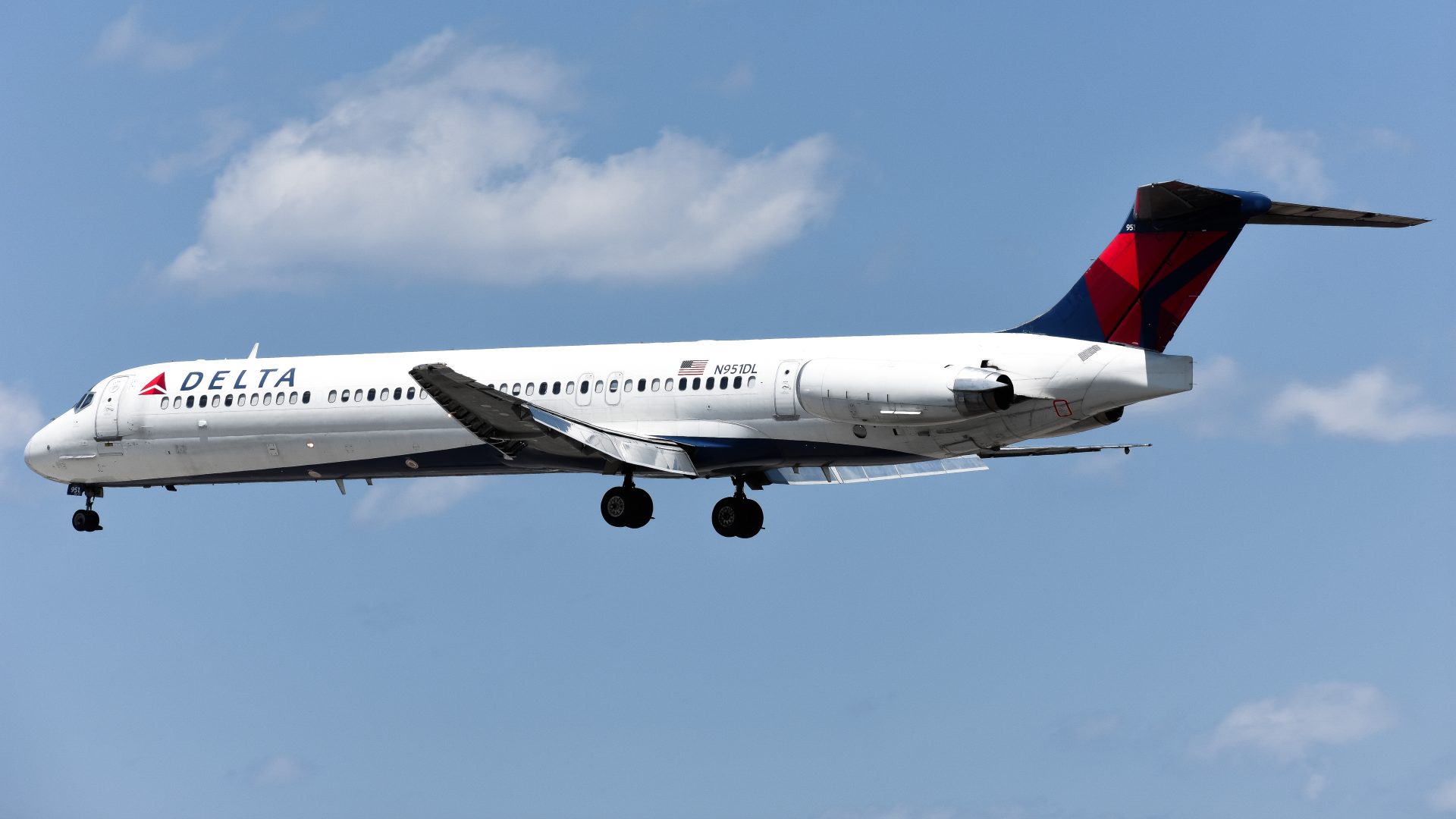 “We know our customers are eager to safely get back out into the world, including exploring one of the globe’s most beautiful outdoor destinations,” Joe Esposito, Delta senior vice president of network planning, said in a press release. “As confidence in travel rises, we hope more countries continue reopening to vaccinated travelers, which mean more opportunities to reconnect customers to the people and places that matter most.”

The U.S. Centers for Disease Control and Prevention continues to warn against travel to prevent large groups of vacationers from spreading the virus across state lines. But dozens of travel groups are pressing the Biden administration to develop a plan to “safely reopen international travel…if vaccine distribution and epidemiological trends continue in a positive direction.”

“If nothing is done to lift international travel bans and bring back demand, the U.S. Travel Association estimates that a total of 1.1 million American jobs will not be restored and $262 billion in export spending will be lost by the end of 2021,” the coalition wrote to COVID-19 Response Team Coordinator Jeff Zients.