American Airlines has announced an expansion of its Strategic Partnership with JetBlue, which was first announced last summer. Most notably, American is launching new service from New York to New Delhi, and through its connection with JetBlue is bolstering its domestic network, especially out of Boston and on other Northeastern routes.

“American Airlines and JetBlue are making it easy for customers to return to travel while continuing to deliver on the promise of growth and customer choice as a result of their Northeast Alliance,” the Fort Worth, Texas-based carrier wrote in a statement.

“Our global partnerships are designed to grow our network to benefit our customers, team members, and investors,” said Vasu Raja, American’s Chief Revenue Officer. “Since the inception of our partnership with JetBlue, we have committed to offering customers more flights, more destinations and a better experience when traveling. We’re proud to deliver on those promises for our customers, not just in the Northeast, but throughout the entire American Airlines network, who now have greater access to the world.”

Headlining this announcement is a new nonstop service from New York’s John F. Kennedy International Airport to New Delhi’s Indira Gandhi International Airport. The route is slated to launch on Oct. 31 using a Boeing 777-200. Flights start at three per week and will expand to daily between Nov. 17 and Jan. 3, 2022.

American’s statement highlights the airline’s partnership with Qatar Airways. American says that its new route, in conjunction with Qatar’s Seattle-Bengaluru route, India route, makes its partnership the strongest of any between the U.S. and India. 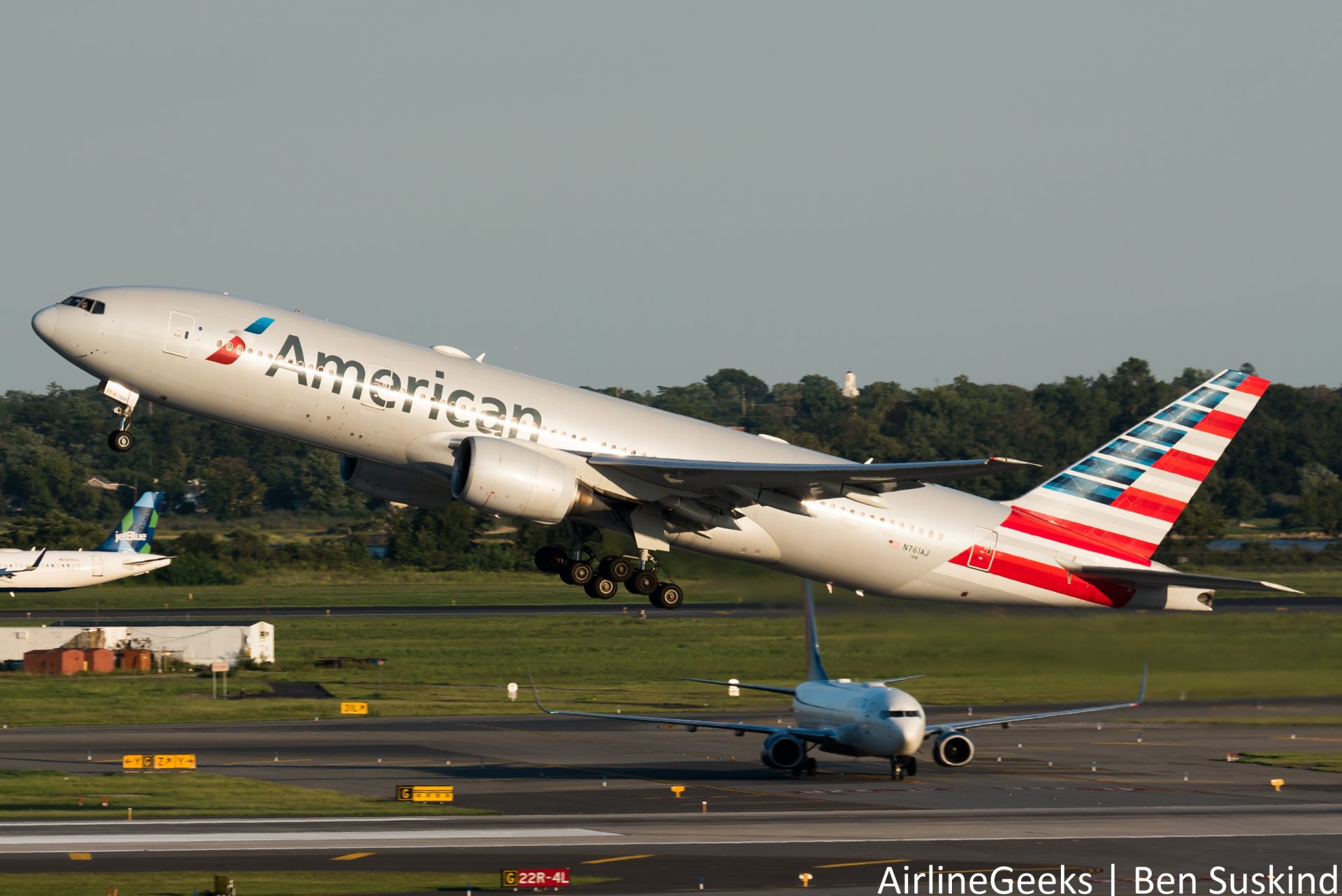 American also plans to add a seasonal connection between New York and Athens, Greece starting this summer. And the airline will add a new service to Rio de Janeiro in December.

These new international services are huge for American, which hasn’t grown out of JFK for several years, including four years without a new long-haul flight out of the airport. American hasn’t announced specific launch dates yet, but it’s clear the carrier is preparing for an increase in travel into 2022 that will see passengers anxious to fly internationally as more and more pandemic restrictions are lifted.

American’s partnership with JetBlue comes into play with the airline’s new routes out of Boston. The carrier will launch flights from the JetBlue hub to Cincinnati, St. Louis and Toronto as part of the Northeast Alliance the two have established. American will also upgrade its flights between Boston and Los Angeles to its Airbus A321T planes starting Nov. 2.

“With the Northeast Alliance, we are finally able to give our customers in New York and Boston what they’ve been asking for years – more JetBlue service and more JetBlue low fares,” said Scott Laurence, head of revenue and planning at JetBlue.

“By connecting with American’s large customer base and international network, we can add new markets that we have been eying for many years. The alliance quite literally gives us room to grow as we get greater access to airports that we’ve been locked out of for years,” Laurence continued.

“Almost since day one, both our customers and crewmembers have been asking us to add flights to the middle of the country and into Canada,” Laurence said. “We can’t wait to shake up the status quo in these markets currently dominated by high-fare carriers, and we look forward to introducing new customers to JetBlue favorites like live seatback TV, free Wi-Fi, the most legroom in coach and great service from our friendly crewmembers.”

American and JetBlue are also adding flights out of New York’s LaGuardia Airport under the alliance. American will add Houston, Oklahoma City and Omaha, Neb. to its list of routes. JetBlue will add Jacksonville, Fla.; Nashville, Tenn.; New Orleans; Portland, Maine; Sarasota, Fla. and Savannah, Ga. to its slate of available destinations. 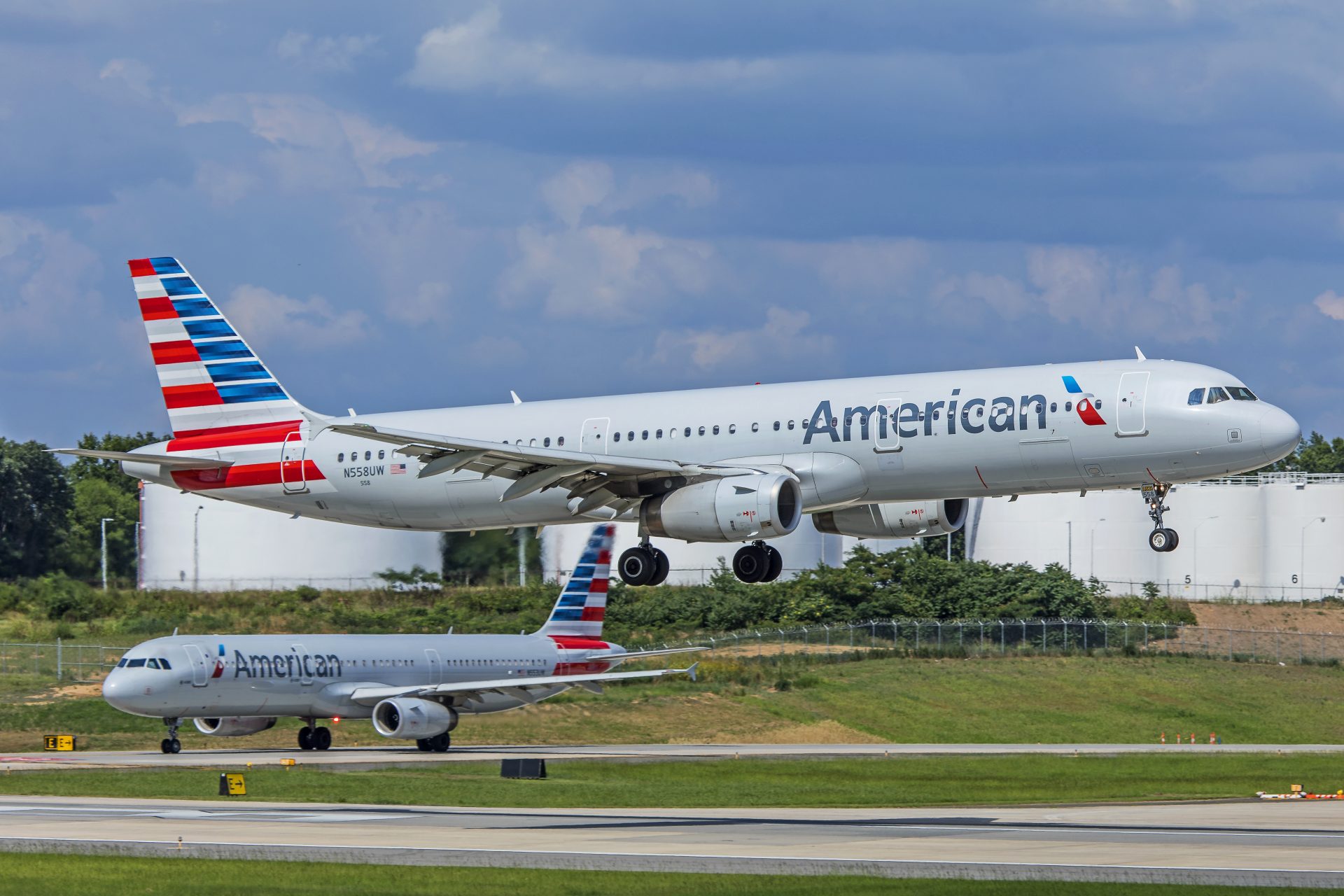 An American Airbus A321 flares for landing in Charlotte. (Photo: AirlineGeeks | William Derrickson)

Jacksonville, Sarasota and Savannah flights will launch in October, while New Orleans, Nashville and Portland will launch from LaGuardia in 2022.

The low-cost airline is also adding flights to San Pedro Sula, Honduras and Puerto Vallarta, Mexico from JFK between December 2021 and the end of the first quarter of 2022.

In its statement, American highlighted that this new announcement means, through the Northeast Alliance, the two carriers will serve 46 of the top 50 markets from Boston in addition to offering more flights between New York and Florida than any other carrier.

Along with the network expansions, American and JetBlue are upgrading the aircraft they are flying out of Boston and New York. JetBlue will launch its new Mint Suites between New York and Los Angeles ahead of its new services to London, and American will remove 50-seat regional jets from New York so that every flight out of JFK and LaGuardia – as well as from Reagan Washington National in Washington D.C. – will have at least two classes of service.

“When traveling between Boston and Los Angeles, whether on JetBlue or American, the Northeast Alliance enables the most flights to choose from, access to a premium experience with all lie-flat seats, and entertainment on state-of-the-art aircraft,” American’s statement said.

One of the biggest concerns about this partnership is how passengers will transfer between American and JetBlue services in New York’s JFK. The two airlines are in completely different terminals – JetBlue in Terminal 5 and American in Terminal 8 – and codeshare flights so that operations under one airline’s flight number might be on the other airline’s plane.

American says the Northeast Alliance is bringing upgraded transfers between the two terminals with “secure-side transportation.” Passengers will not need to exit and re-enter security if they need to get between the two airlines but will instead be able to stay in the sterile section of the airport.

This commitment comes as the codeshare between the two airlines expands. Starting next month, the two airlines will place their codes on more than 30 combined additional markets featuring short-haul routes and longer-haul domestic routes as well as some transcontinental destinations and leisure flights. These new codeshare flights are on top of the hundreds of codeshared flights the two added in the first quarter of the year. 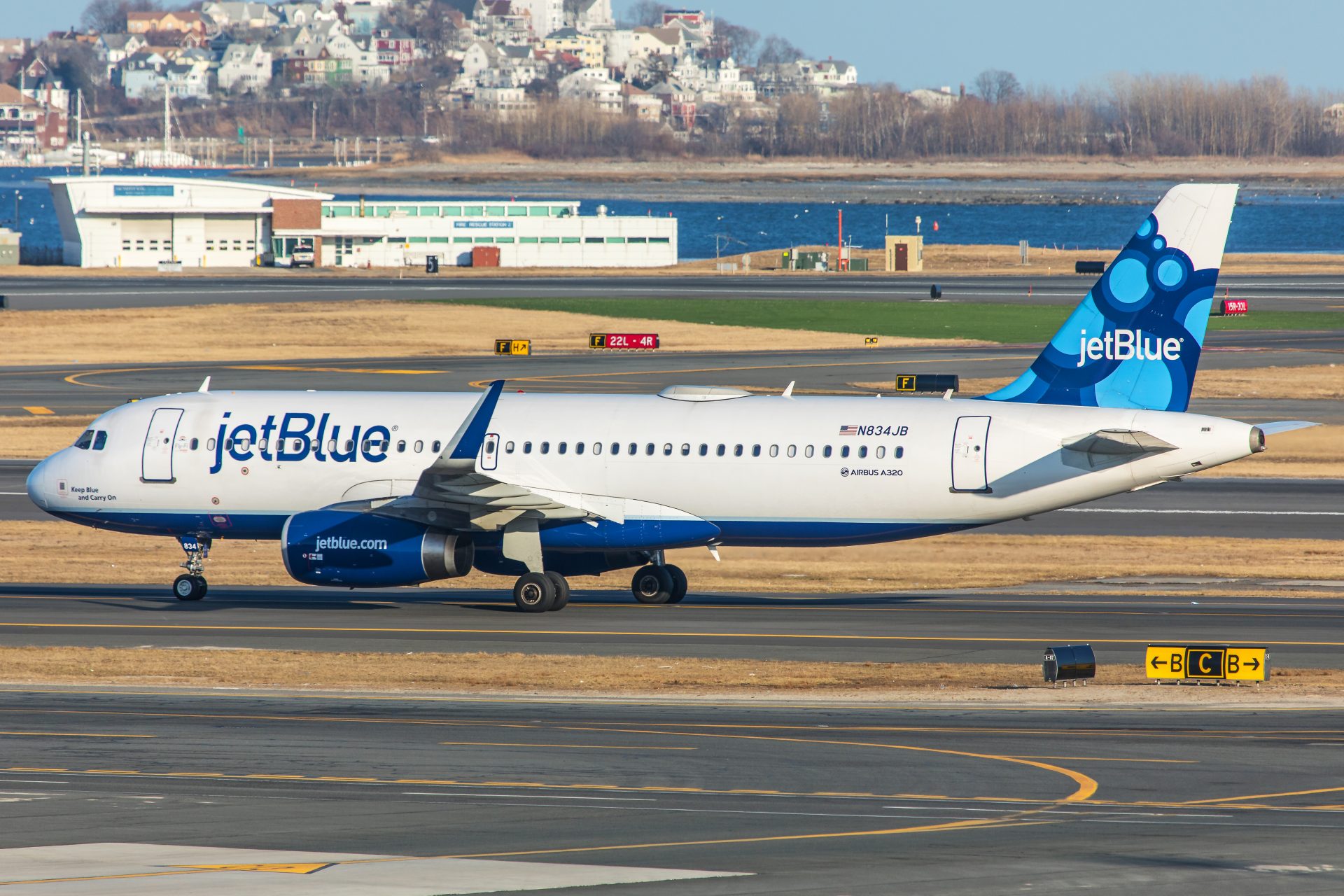 A JetBlue A320 in Boston. (Photo: AirlineGeeks | William Derrickson)

There have been complaints that the Strategic Partnership between American and JetBlue could be bad for competition. The U.S. Department of Transportation has been reviewing the alliance for six months, but it has agreed to drop the case in exchange for commitments from the two airlines to protect customers without undue harm to competition.

Regardless, the Justice Department is still concerned that the Northeast Alliance could bring anticompetitive coordination and increased fares on key routes. Low-cost competitor Spirit Airlines has requested a full investigation of the partnership.

But JetBlue maintains that this is not a risk, pointing to previous services as proof that it actually lowers prices in key markets.

“Time and again when JetBlue comes into a market, fares go down, service improves and customers win,” said Laurence. “When we came into the market between Boston and Atlanta, for example, advance purchase fares dropped by more than 40 percent. Now, by building a meaningful presence at LaGuardia we are set on bringing true competition there just as we have done throughout our 21-year history.”