Denver-based, Key Lime Air has announced three new destinations and routes that will all operate under their scheduled carrier banner ‘Denver Air Connection’. No matter what time of year it is, Essential Air Service (EAS) contracts are always being renewed or up for a change.

Not everyone agrees all the time and that is to be expected with these type of things. The cities of Pierre and Watertown, S.D. both had multiple airlines bid for the contract, and the airline that was chosen wasn’t even the one the cities wanted.

These two cities in South Dakota haven’t had the best luck with EAS carriers, in the past 10-years they’ve been served by a total of five airlines. They had Northwest and eventually Delta until 2011, then from 2011-2015 it was Great Lakes Airlines, Aerodynamics Inc. from 2015 until 2018 when they were purchased by the ill-fated California Pacific Airlines. 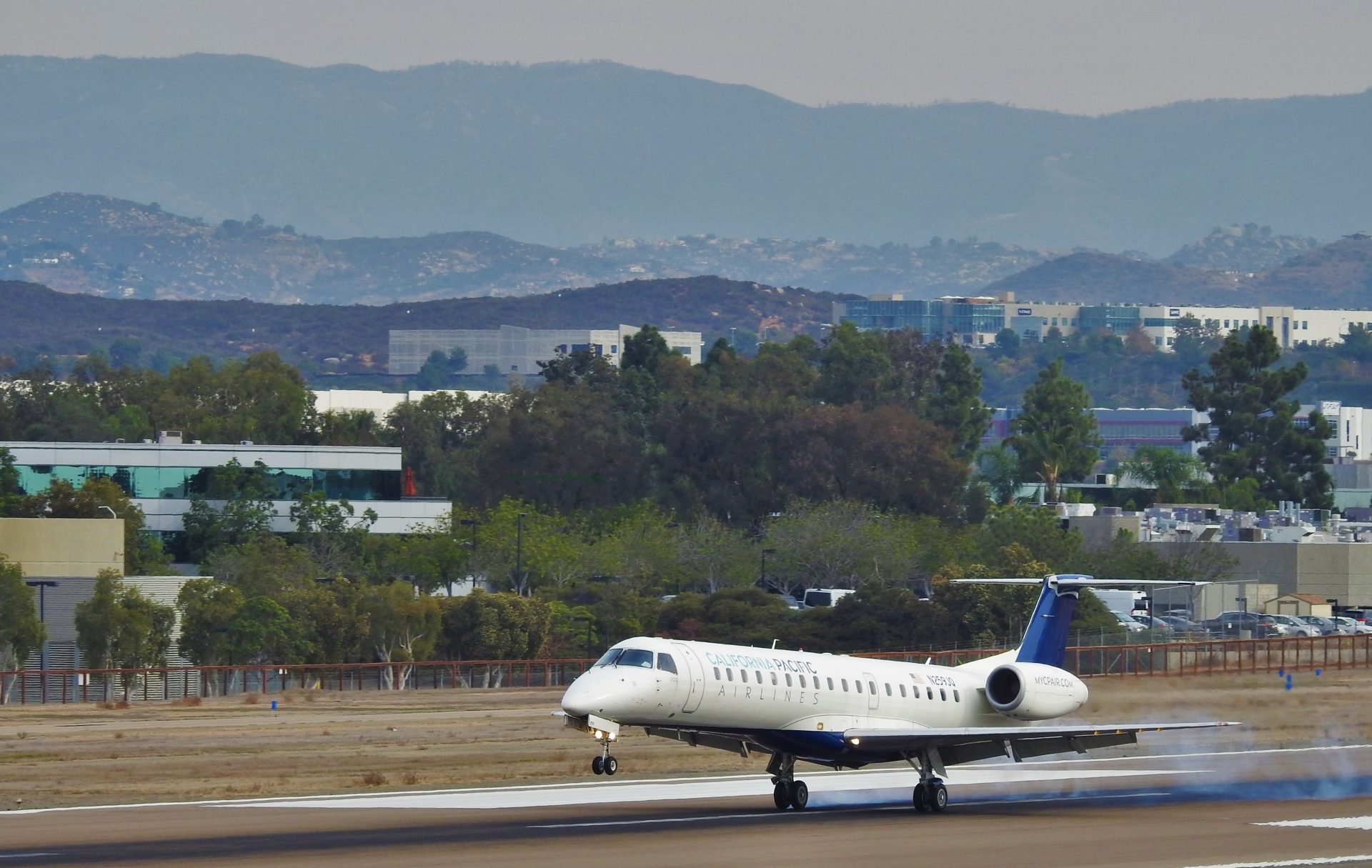 California Pacific served the communities for a total three months and ended service on January 17, 2019, they then had just under three months when they had no airline service at all. Then SkyWest under the United Express began flying to both communities in April of 2019. 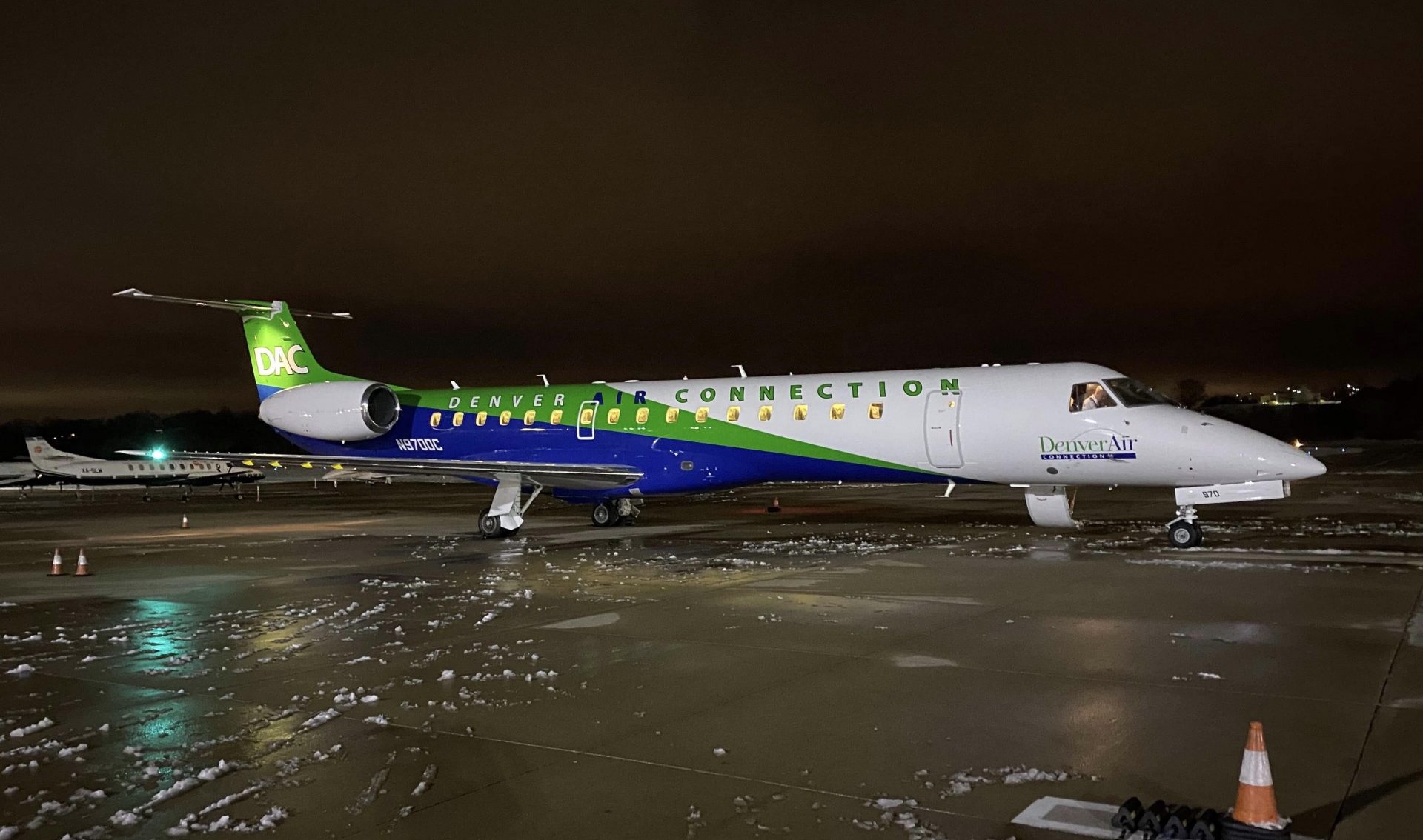 Pierre will have twice-daily flights to Denver International Airport every day except Tuesdays and Saturdays when only one flight will be offered. 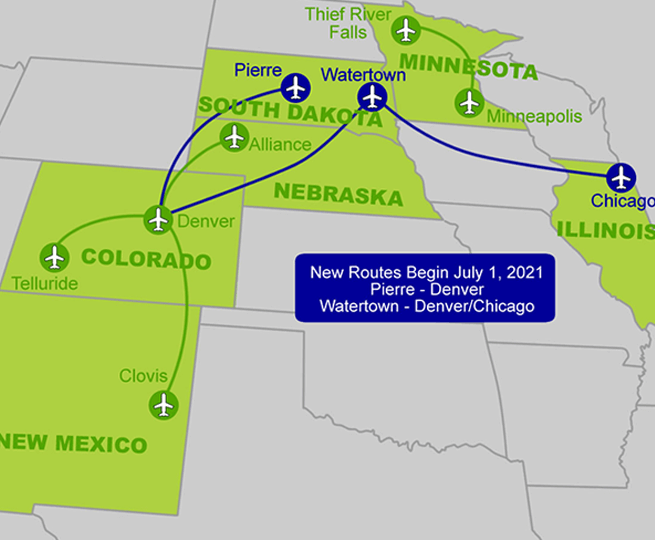 The carriers route map as of May 2021 (Photo: Denver Air Connection)

In Denver, they will continue to operate out of their current location at the end of Concourse A.  At the time of writing this article the airline was still arranging their gate location at O’Hare International Airport in Chicago but will be updated when this becomes known.

The way the flight times work out, five times a week passengers will be able to fly from Chicago to Denver connecting in Watertown on the carrier, essentially bridging the gap between their Rocky Mountain hub and the Midwestern United States. 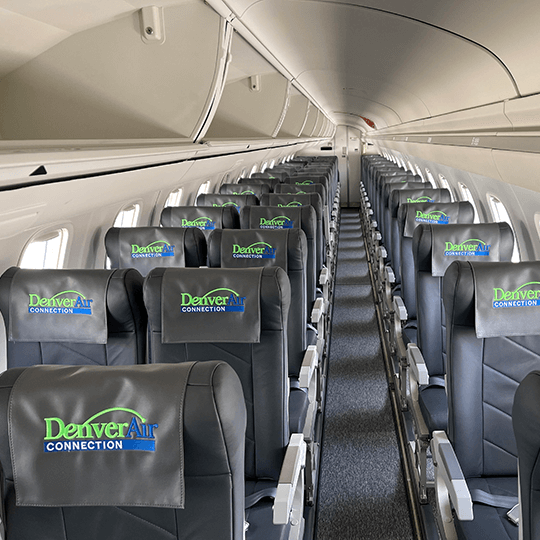 So in both communities despite the change in carrier, the nonstop destinations offered won’t be changing and neither will the number of seats offered as both carriers utilize a 50-seat jet. The only change is they are going from a CRJ-200 to an Embraer E145, and of course, the airline will now be DAC instead of SkyWest. But there was still some conflict about the DOT’s decision.

What’s the argument about?

While the community leaders in the EAS cities, as well as the individual citizens that live there, make recommendations, it is ultimately up to the Department of Transportation (DOT) to decide on who actually gets awarded an EAS contract. Sometimes the city and DOT don’t agree, sometimes it’s the city and residents that don’t see eye-to-eye like this past summer with Cape Air in Manistee, Mich.. This time it was the city and DOT that are butting heads.

The cities of Pierre and Watertown both recommended SkyWest, and in the end the DOT awarded it to Denver Air Connection due to one key factor… price.

In the document selecting the carrier, the DOT stated, “The Department cannot reasonably justify such a substantial increase in annual subsidy when DAC will connect the communities to the national air transportation system at a far lower cost”.

It does happen on occasion, the desired carrier is asking way too much money and the government can save a lot by choosing a cheaper, but equally as good option. SkyWest’s bid would cost $7.7million more than DAC’s proposal over the course of the two year contract, a significant difference. This is one of the instances where the carrier overestimated their worth.

Despite the major cost savings by choosing the Colorado-based carrier, the communities didn’t care. Elected officials from both communities, as well as SkyWest and United Airlines, petitioned to restart the bidding process. Both airlines cited a lack of reliability, a flawed bidding process to name a few.

In the end, the DOT said no to the rebid, as DAC does fill all the requirements for an EAS carrier. The DAC did submit a very polite response that basically states how they are “reliable, fit, willing, and able to provide reliable service” and how the petitions “rely on vague, unsupported assertions of financial and operational risk”.

With the debates out of the way, the carrier has posted the flights for booking and are now available for purchase. The carrier also has an interline agreement with United Airlines, which will be immensely helpful in Denver and Chicago, both of which are major hubs for the airline.

All documents referenced in this article can be found publicly available on “Regulations.gov”.