As airlines in Brazil prepare for a post-Covid-19 environment in long-haul international travel, Azul Brazilian Airlines, the country’s third-largest airline by domestic passenger traffic pre-pandemic and the second largest in July, has announced the signing of a codeshare agreement with Emirates, the Dubai-based carrier.

With sales started on Aug. 18 for flights from Aug. 25, the partnership will allow Emirates passengers to fly Azul with a single ticket and a single luggage dispatch to eight destinations in Brazil: Belém, Belo Horizonte, Cuiabá, Curitiba, Juazeiro do Norte, Porto Alegre, Recife and Rio de Janeiro.

The connection from Azul to Emirates and vice-versa will happen in São Paulo, the single city in Brazil which Emirates currently serves, the United Arab Emirates-based carrier connecting it to its Dubai hub five times per week with the Boeing 777-300ER. There, the Brazilian airline has a minor operation with respect to other domestic carriers, some of which have codeshare agreements with Emirates and their major hubs in Guarulhos. 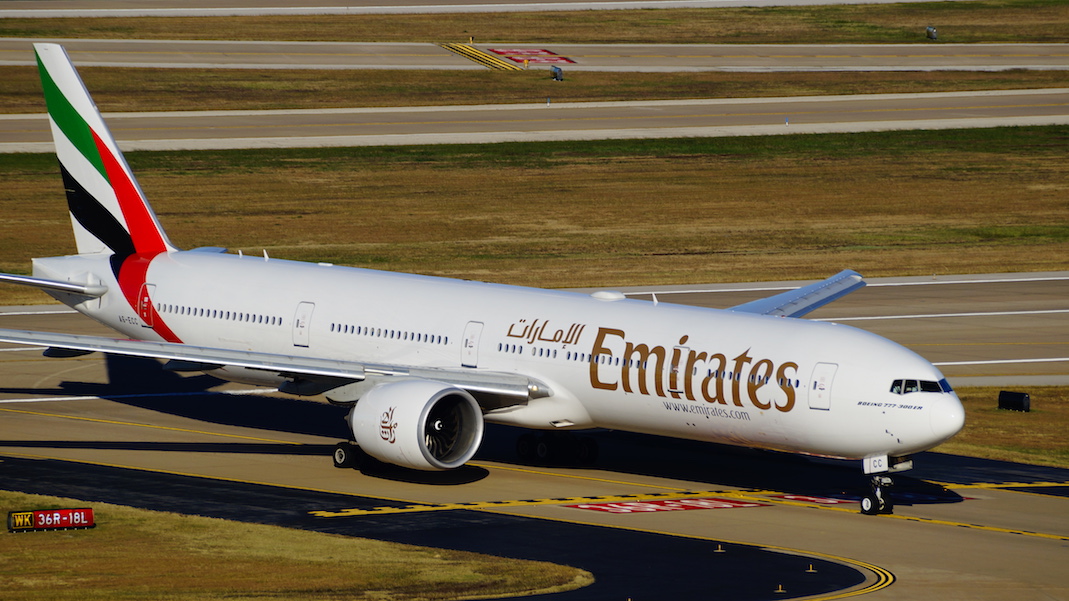 “We are very happy to announce this agreement with Emirates, that will provide excellent benefits and convenience to our customers, besides the access to a wide national and international network,” said Azul Chief Revenue Officer Abhi Shah, in a press release. “We have a big synergy with Emirates’ businesses that, as Azul’s, carry the excellence in customer service in its DNA. Without a doubt, these details consolidate even more our agreement and contribute to the strengthening of our international partners.”

PANROTAS, a specialized travel news website from Brazil, reported that beginning Sept. 12 Emirates will increase its São Paulo operations to six weekly flights and back to daily runs from Oct. 5, the original number of frequencies in February 2020. Before the pandemic, however, Emirates connected both cities with the larger Airbus A380s.

Before Covid-19 hit, moreover, the Emirati airline flew daily from Dubai to Rio de Janeiro (with tag-on flights on alternate days to Buenos Aires and Santiago) using 777-200LRs. The Santiago tag-on flew via São Paulo until June 2019, representing four additional frequencies, when the stop was exchanged for the stop in Rio de Janeiro.

“Emirates is pleased to start this partnership with Azul to offer our customers an upgraded and convenient connectivity between eight cities in Brazil from/to Dubai and all our global network from São Paulo,” stated Emirates Chief Commercial Officer Adnam Kazim, in the press release. “Brazil is an important market for Emirates and the codeshare with Azul highlights our commitment to strengthen our presence in the country and with increasing the options to our customers.”