The new service to Baltimore comes as a last-minute switch, as Senegal’s national flag carrier had previously planned to operate its maiden U.S. services to Washington D.C.’s Dulles International Airport via a tag-on from New York City.

“We welcome this new Air Senegal service, which will foster tourism and trade opportunities between Maryland and Senegal,” said Ricky Smith, Executive Director of BWI Marshall Airport, in a statement released after the flight touched down. “Air Senegal will offer easy access and efficient service to West Africa for many travelers throughout our National Capital region.”

“The additional of Air Senegal to the BWI Marshall family is a win for the region and a win for the traveling public,” Maryland Department of Transportation Secretary Greg Slater said in the statement. “BWI Marshall consistently earns high ratings for convenience, comfort and reliability, and I know our team is looking forward to extend that service and hospitality to Air Senegal customers.”

The new North American service will be served twice weekly on Thursdays and Sundays, using one of the airline’s Airbus A330-900neo aircraft. The 290-seater aircraft will be configured with 32 seats in business class, 21 in premium economy, and 237 in economy class. The airline also hopes to carry up to 13 tons of cargo per flight out of the U.S. 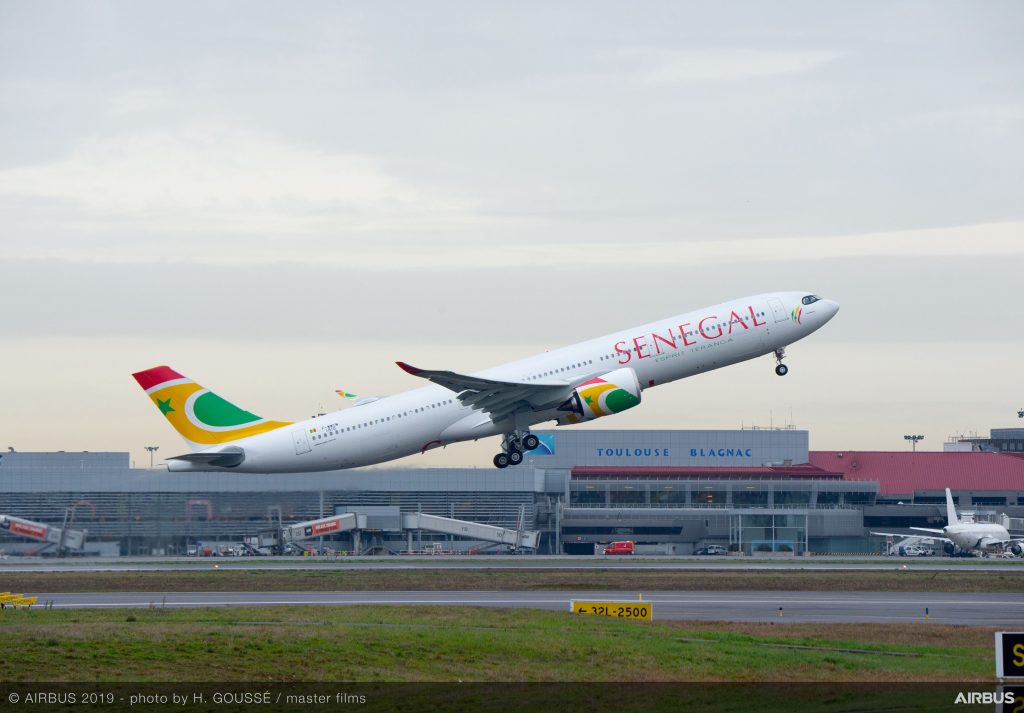 The new U.S. service from Air Senegal is expected to offer convenient connections to a number of markets in Africa including Abidjan, Cote d’Ivoire; Bamako, Mali; Conakry, Guinea; Banjul, Gambia; Ziguinchor, Senegal; Nouakchott, Mauritania and Freetown, Sierra Leone, which it remains committed to serving through the end of the winter slot season in late March 2022.

Air Senegal will now go head-to-head with Delta Airlines in the market between Senegal and the U.S., with the U.S. operating three weekly flights in the market.

In addition, state-owned Air Senegal also serves 13 countries throughout West and Central Africa, as well as Spain, France, and Italy in Europe.