The sky was stormy overhead at Florida’s Jacksonville Naval Air Station the night of May 3, 2019. A small thunderstorm deluged rain with enough intensity that the captain of Miami Air International flight 293 turned the Boeing 737-800’s windshield wipers on and cranked them all the way to max.

Chartered by the Pentagon, Flight 293 was a supplemental military charter returning from Guantanamo Bay, Cuba. Loaded with Department of Defense personnel and civilian family members, the trip should have been routine. But as often occurs in airplane accidents, it wasn’t one big thing that happened. It was all the little things piling up.

The captain had his hands full. The new first officer coincidentally had the same amount of flight time as he did: 7,500 hours, but most of it was in light aircraft. He’d logged just 18 hours of jet time in the 737-800. For the Jacksonville leg of the flight, the captain was at the controls. He was a Miami Air instructor pilot, also acting as company check airman, and in that capacity was training the co-pilot on company procedures and initial operating experience.

Normally, to maintain a non-distracting distribution of workload, the pilot not flying – in this case, the copilot – would handle ATC communications. But as Flight 293 maneuvered toward Jacksonville, the captain – trying to determine what runway to land on – radioed back and forth with approach control. Controllers told the crew to expect an approach for runway 28, a 9,000 ft long runway.

Reported weather conditions included heavy rain and thunderstorms, with a light northerly wind. Minutes later the controller advised a thunderstorm was moving east, now favoring an approach from the west. The captain elected to shoot the approach to runway 10, which was 1,000 ft shorter due to a displaced threshold arresting system.

On the center console between the pilots, the speed brake lever remained unarmed for landing, an oversight missed on the landing checklist. The spoilers, as pilots often refer to the speed brake panels on the wing’s top surface, increase an aircraft’s rate of descent in the air. On landing, they help to decelerate the aircraft. Thrust reversers also slow a jet after landing, but on flight 293, the left thrust reverser, as noted in the logbook’s Minimum Equipment List, was placarded as inoperative, leaving only one remaining good reverser.

Links in an accident chain began snapping together, one by one. A thunderstorm in progress, a new co-pilot, a shorter runway, an inoperative reverser, the unarmed speed brake and an ungrooved runway.

Then things got worse.

With the gear down, and flaps set at 30 degrees, flight 293 was at 1,100 feet and 2.8 nautical miles from the runway when it flew slightly high on glide path. In the next minute, the indicated airspeed increased 17 knots above the target approach speed, with an estimated tailwind component of seven knots, and a 180-knot ground speed.

Descending through 700 feet, the jet deviated further above glide path. Four precision approach path indicator (PAPI) lights all illuminated white, a visual cue indicating to the flight crew the jet was high. If not already stabilized by 1,000 ft above ground level, the Miami Air Flight Operations Manual required its pilots, in the interest of safety, to initiate a missed approach.

Flight 293 continued towards the runway.

Eight seconds before touchdown, multiple enhanced ground proximity warning system (EGPWS) alerts announced, “Sink rate!” as the airplane’s descent rate peaked at 1,580 feet per minute. Flight 293 was too high, too fast, sinking excessively, with a tailwind, at night, on a soaked runway.

But there was still enough time left to execute a missed approach. The pilot had options available: Hold until the weather cleared or divert to a field with better conditions.

Instead, flight 293 flared high, floating 1,600 feet past the touchdown zone. After touchdown, the captain deployed the number two engine thrust reverser and began braking. The speed brakes deployed about four seconds after touchdown, most likely triggered by the movement of the right throttle into the idle reverse thrust detent after main gear tire spin-up. The deployment of the speed brakes was likely delayed by about three seconds compared to the automatic deployment that could have been obtained by arming the speed brakes before landing.

The airplane rolled off the far end of the runway, well right of the center line, striking a seawall and embankment, before coming to a stop in the St. Johns River. Both main landing gear separated from the aircraft, which was later written off as a total hull loss.

Last year, Air India Express fight 1344, a 737-800, ran off a wet runway attempting a tailwind landing at Calcutta International Airport, claiming 21 lives, including the cockpit crew. The accident was the airline’s second fatal runway overrun. A decade earlier, flight 812, after an unstabilized approach at Mangalore International Airport, made an excessively long landing, careening off the runway and plowing through a 300-foot sand arrestor bed, before going over the edge of a steep hill, killing 158 people.

In 2018, a Sky Lease Cargo Boeing 747 was totaled after landing with a tailwind at Halifax Stanfield International Airport and subsequently sliding off the wet runway. The Transportation Safety Board of Canada cited delayed and insufficient braking.

U.S. passenger carriers have had their own pilot-error induced runway excursion accidents. Similar to Miami Air flight 293, in 2009 American Airlines flight 331 attempted a night tailwind landing in heavy rain in Kingston, Jamaica. The crew touched down at approximately 4,100 feet on the 8,911-foot runway in heavy rain, with a 14-knot quartering tailwind.

The 737-800 overran the end of the runway at 62 knots, crossed a road, and came to an abrupt stop on the rocky beach just yards from the Caribbean Sea. There was no post-crash fire, but the aircraft was a total loss.

In post-accident interviews, the American Airlines flight crew informed the National Transportation Safety Board (NTSB) that they had not received any training on landings in tailwind conditions. In the aftermath, the NTSB recommended that the Federal Aviation Administration take actions to ensure adequate pilot training on tailwind approaches and landings, particularly on wet or contaminated runways, and revise its advisories on runway overrun prevention to include a discussion of risks associated with tailwind landings. Yet, over a decade after that safety recommendation was issued, airline runway excursion accidents continue.

It is notable that captains from American Airlines flight 331 — and a decade later, Miami Air flight 293 — said they had not received pertinent training because both pilots were, at one time, instructor pilots and check airmen for their respective airlines.

Last month the NTSB released its accident final report on Miami Air flight 293. Investigators attributed the accident to hydroplaning caused by heavy rainfall on the ungrooved runway. Although the pilots made a series of errors during final approach and landing, the NTSB concluded that those errors had little effect on the final outcome, and the aircraft would have been unable to stop even if the landing had been executed properly.

The NTSB also stated that the flight crew did not follow procedures when they continued an unstabilized approach, landed at an excessive speed, and delayed deploying the single operating thrust reverser. 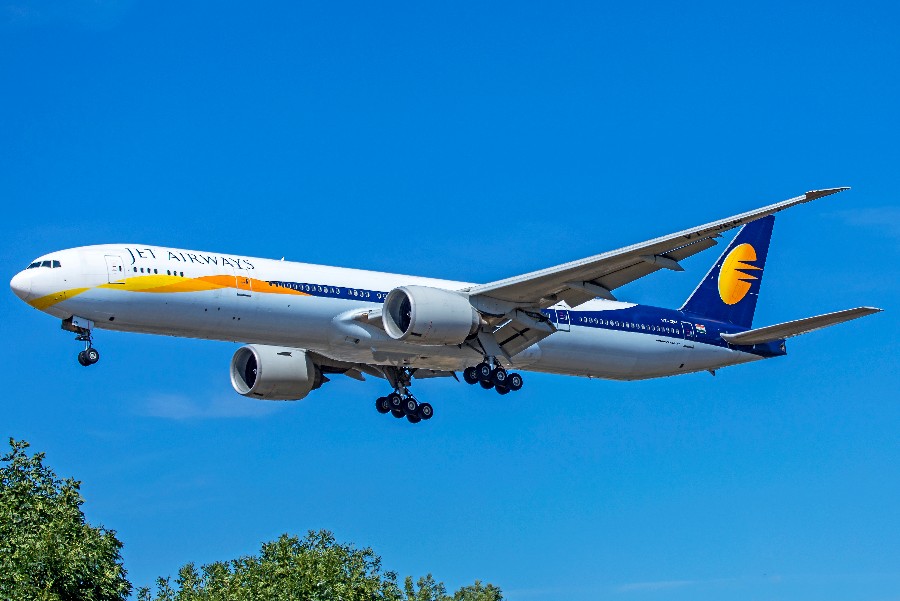 According to reports, the new owners of India's former full-service airline Jet Airways are in negotiations with aircraft manufacturers about… 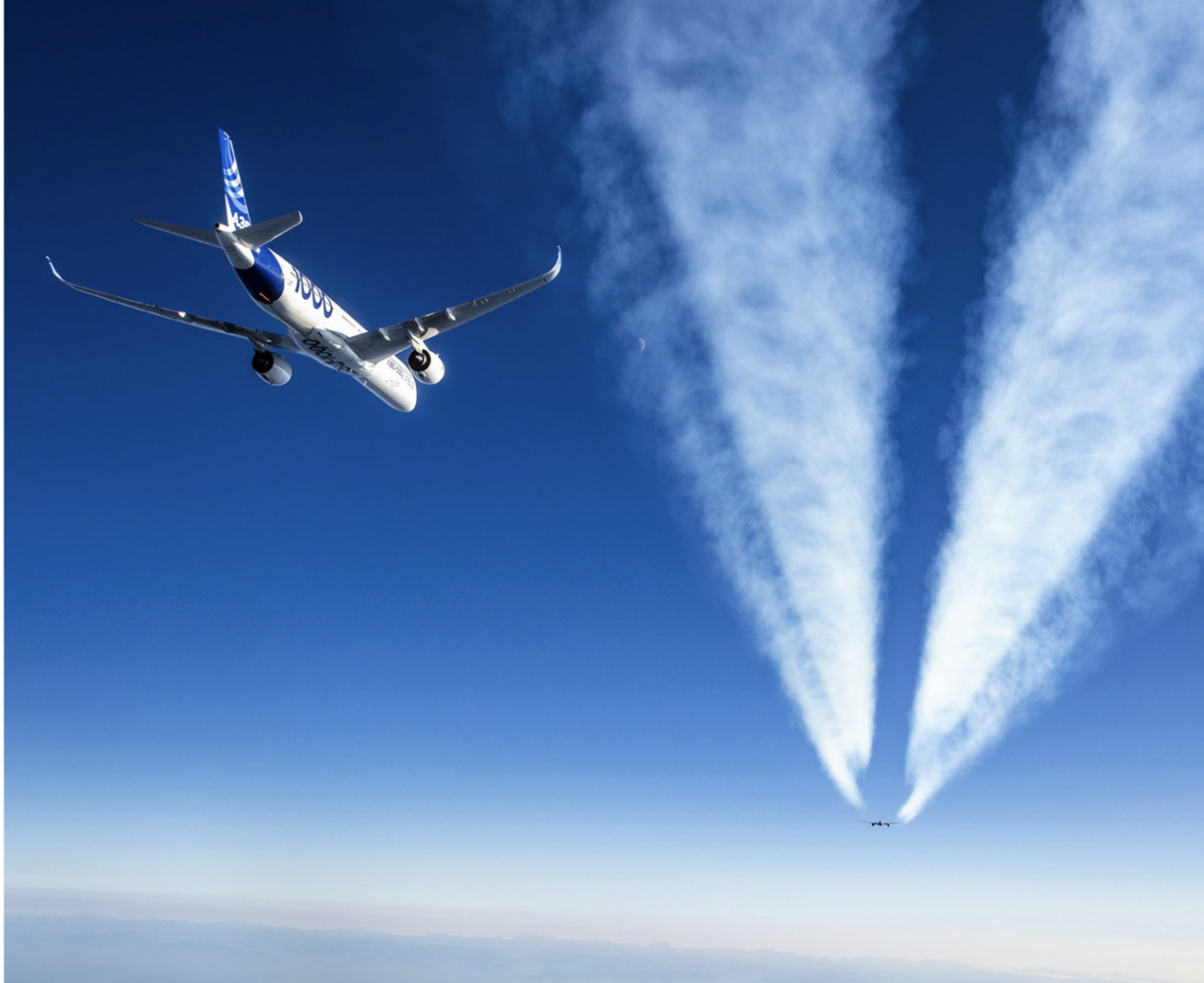 On Nov. 8, as European airlines celebrate the reopening of the U.S., their peers in China are worrying about how…