ZeroAvia is gaining altitude as the leader in zero-emission passenger aircraft as it announces a development collaboration with Alaska Air Group, the parent company of Alaska Airlines, for a hydrogen-electric powertrain capable of flying 76-seat regional aircraft in excess of 500 NM. (Photo: Alaska Airlines)

Alaska Airlines has announced a partnership with California-based ZeroAvia to develop a hydrogen-electric powertrain. The new engine will be installed on a De Havilland Q400, operated by Alaska’s wholly-owned subsidiary Horizon Air. Alaska and ZeroAvia will work together to modify one of ZeroAvia’s existing powertrains to a new ZA2000 engine family that will be able to produce between 2,000-5,000 kilowatts of power. The decision to develop a hydrogen-powered engine is aligned with Alaska Airlines’ goal of being net-zero by 2040.

The new ZA2000 engines are projected to give a range of 500 miles, ideal for the shorter journeys on which Alaska and Horizon utilize the Q400s. The powerplant will need to undergo rigorous testing and certification from the FAA before being allowed to operate in passenger service. The new power plant will produce zero emissions as it powers the 76-seat aircraft. As part of the development of the engine, Alaska and ZeroAvia will use a retired Q400 for development and testing.

In addition to working with ZeroAvia to develop the new engine, Alaska has announced that it has secured an order for 50 kits to begin transitioning their Q400 fleet to being powered by hydrogen. In addition to the order for the engines, the companies will work together to develop the necessary ground support infrastructure to support hydrogen power. ZeroAvia has already partnered with energy producer Shell to help develop ground support for hydrogen power. No timeframe has been announced for when the hydrogen-powered engine will be implemented on passenger service. 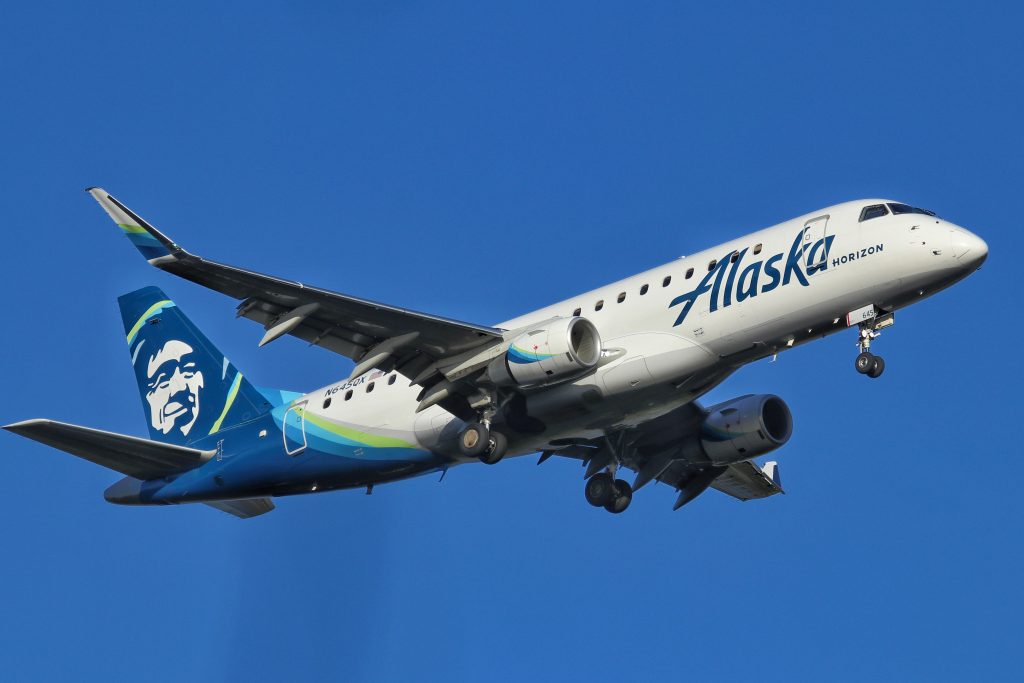 Earlier this year, Alaska announced that it will introduce a five-focus area plan to achieve net-zero carbon emissions by 2040. The five areas include fleet renewal, operational efficiency, sustainable aviation fuel, novel propulsion, and high-quality carbon offsetting. Alaska had previously announced a partnership with SkyNRG to produce sustainable aviation fuel, made from solid municipal waste. By 2025 the airline group plans to cut emissions of its ground service vehicles in half.

ZeroAvia was founded in 2017 with bases in the U.S. and the United Kingdom. The company has been focused on developing a hydrogen-powered engine for use in the aviation industry. The company is in the deep stages of testing an engine capable of producing 600 kilowatts and powering a 19 seat aircraft with a 500-mile range. The company expects flight testing to begin soon in the United Kingdom, with commercial operations of their current engine beginning in 2024.

With developmental help from Alaska Airlines, a 2,000-5,000 kilowatt powertrain could be in commercial operation by 2026. The announcement comes as global leaders meet in Glasgow to discuss a strategy to fight climate change. The aviation sector has often been identified as a large contributor to emissions that produce climate change. The development of zero-emission engines, as well as alternate, sustainable fuels will likely be adapted industry-wide, both for the survival of the industry and the planet.