United officially opened its new Phoenix, Ariz.-area flight school, dubbed the United Aviate Academy (UAA), this week amid an ongoing pilot shortage. The airline becomes the only U.S. carrier to wholly own and operate its own flight school.

At 340,000 square feet and valued at $10 million, the newly-leased facility is located at Phoenix Goodyear Airport, about 17 miles west of Phoenix proper. The United Aviate Academy sits in a prime flight training region with year-round favorable weather and a plethora of smaller airfields.

“We’re going to ultimately expect to train about 500 pilots a year through this facility,” added United CEO Scott Kirby, speaking to AirlineGeeks at the training facility’s unveiling event. 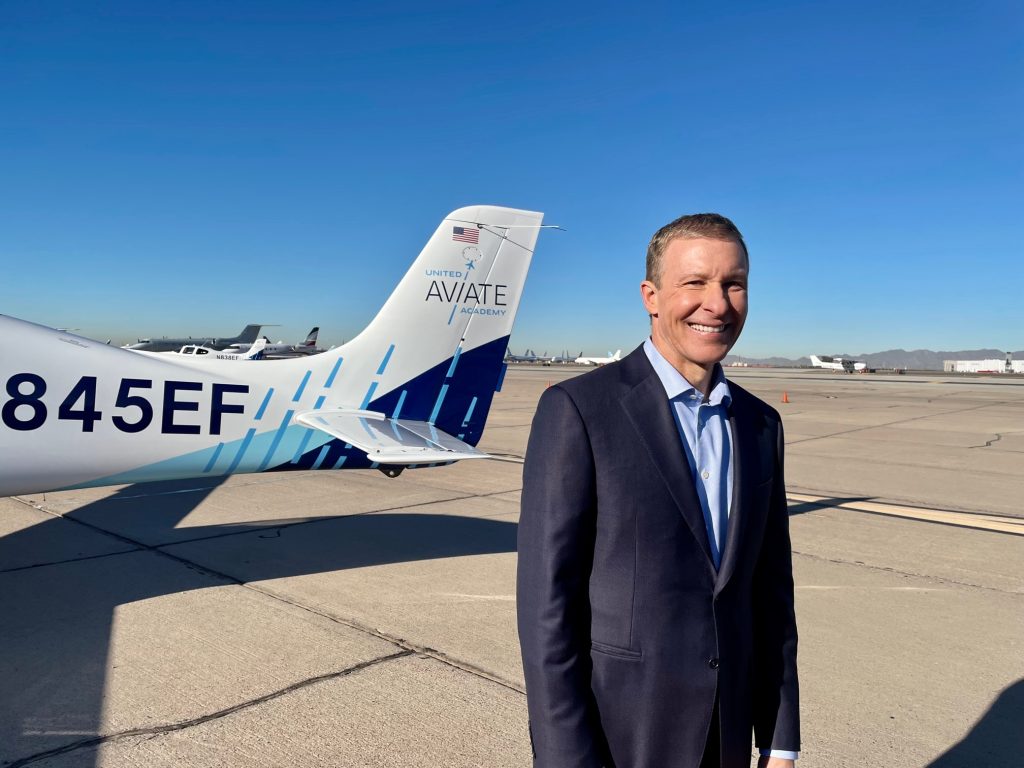 United will share the space with Lufthansa, who also trains pilots at the airport and previously owned the majority of this space. For United, the company will also operate a fleet of Cirrus SR-20 aircraft.

The first class of 30 students started at the academy on Dec. 6, 2021 where they’ll go through a roughly year-long program that’ll allow them to fly for smaller regional airlines before eventually joining United.

Opening this new flight training facility is a strategic move for the Chicago-based airline who notes that 100 regional jets are grounded due to the ongoing pilot shortage. Several operators serve the United Express brand, which operates shorter regional routes throughout North America, including CommutAir, GoJet, Mesa Airlines, and Skywest.

Often, regional carriers like these serve as a stepping stone for pilots to gain a competitive number of hours between early training and joining a mainline carrier. 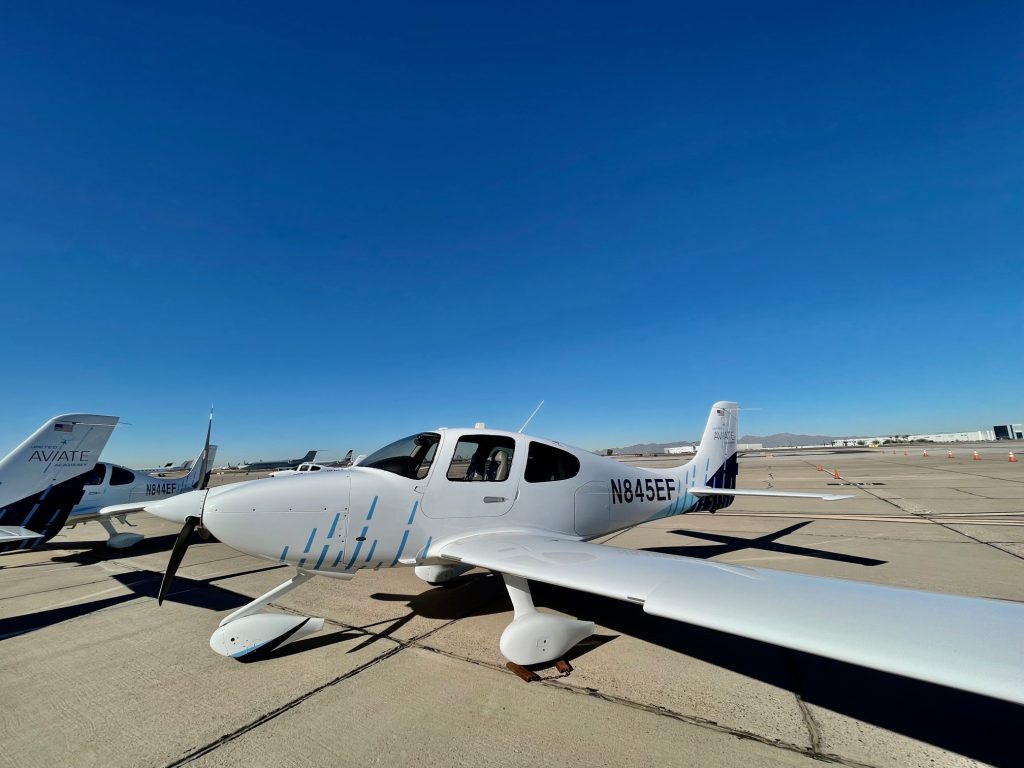 Asked how he expects the United Aviate Academy to lessen the pilot shortage, Kirby added, “So it won’t have a big impact on the regionals in the short term. This is really much more about the long-term and it is about the business imperative: addressing the pilot shortage.”

“But more than that, it is about the opportunity to create a diverse workforce in pilots, and to create a level of training from day one that people that spend their career at United have the customer service and the safety culture that we want built-in from the first day they start flying,” he continued.

The new facility is expected to generate hundreds of new jobs and increase opportunities for women and people of color. The airline says that its first class was made up of 80% women or people of color.

The airline’s new academy received 7,500 applications in six months, according to a recent press release. Per the airline, that number has risen to 9,600 since applications opened. 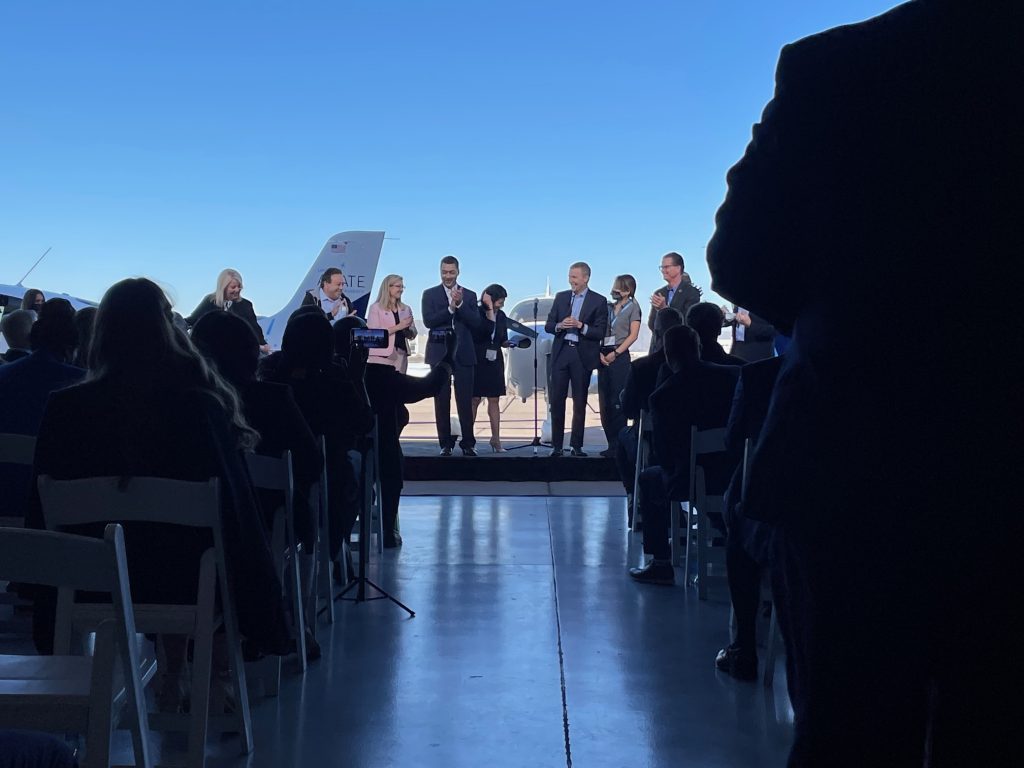 United says it continues to maintain the most diverse group of pilots among any U.S. airline with 20% women or people of color.

“I’m sitting here and I’m full of emotions,” said Federal Aviation Administration (FAA) Deputy Administrator Bradley Mims speaking at the event. “It takes a lot of resources to train a young pilot.” Mims described his flight training experience in the past and vowed federal support for training programs. 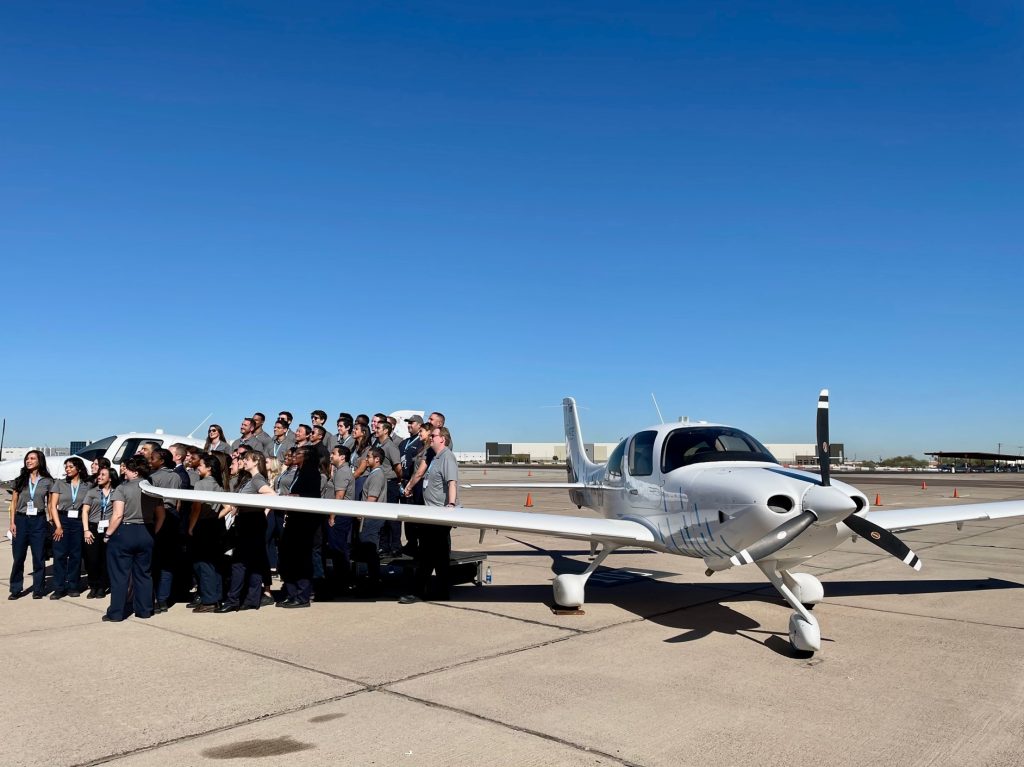 Kirby notes that he doesn’t think about the academy as a return on investment but rather “the right thing to do.”

The academy is expected to teach students early in various emergency scenarios and upset recovery training, which are usually done in a simulator or military aviation environment. “I am an aviation geek…we are going to train a lot closer to how the military trains,” Kirby said while speaking at the grand opening event. 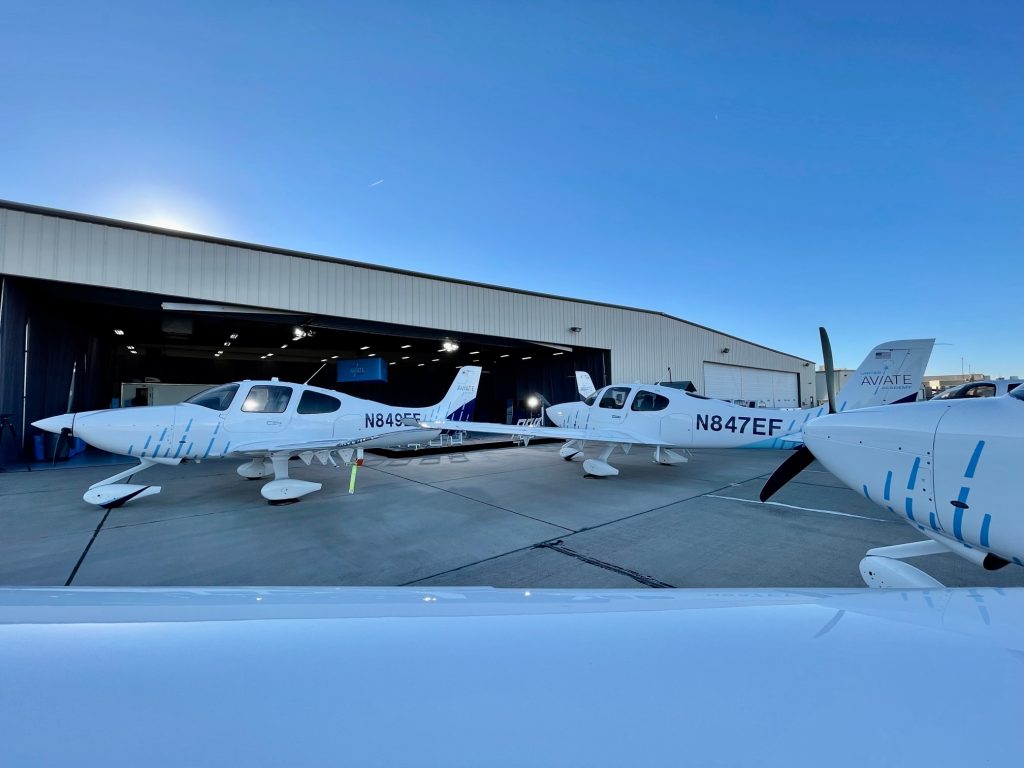 With the cost of flight training often burdensome, United says it has partnered with JPMorgan Chase offering $2.4 million in financial aid to the ‘best and brightest talent,’ according to the academy’s website. The company is also partnering with a variety of non-profits to offer scholarships to aspiring aviators.

“So number one, every single student that’s here is getting their private pilot certificate on United; we’re paying for it. So United is sponsoring everyone. So there’s no cost at all for the private. We have 9,600 applicants right now to the Aviate Academy,” said United’s Managing Director of Aviate and Pilot Strategy Curtis Brunjes to AirlineGeeks.

“After that, they have a loan product. We have a loan product and we’re working to get a better and better loan product as we go. So they’ll pay for the latter portions of training after private,” Brunjes continued. “We don’t have a profit motive here. [We’re not] making a margin on it, right? We need to do a net cost. So we need to give them the first part away for free, do the rest of it essentially at a cost and make sure we have a very good loan product to help people be able to afford [it] and graduate.”

United joins a shortlist of airlines worldwide to offer similar programs aimed at speeding up and simplifying the pilot flow process.

“Once we get our supersonic planes, you all will be the captains,” Kirby concluded while speaking to the academy’s students.

Follow Ryan
Ryan Ewing
Ryan founded AirlineGeeks.com back in February 2013 and has amassed considerable experience in the aviation sector. His work has been featured in several publications and news outlets, including CNN, WJLA, CNET, and Business Insider. During his time in the industry, he's worked in roles pertaining to airport operations and customer service while holding a B.S. in Air Transportation Management from Arizona State University along with pursuing a concurrent MBA and law program. Ryan has experience in several facets of the industry from behind the yoke of a Cessna 172 to interviewing airline industry executives. In addition to supporting AirlineGeeks, Ryan works full-time in the aviation industry.
Follow Ryan
Latest posts by Ryan Ewing (see all)
airlinesAmericaaviateFeaturedflight operationsflight trainingFlightsPilotsUnitedunited flightsUS airlines
Related Stories
[ Related Stories ]January 10, 2023 6:00 am ET
By Victor Shalton