Inside the flight deck on Honeywell’s 757 (Photo: AirlineGeeks | Ryan Ewing)

Throughout aviation history, the steady advance of technological progress in the cockpit has greatly simplified the job of piloting aircraft. While statistically there’s no disputing the parallel between innovation and improved safety, I fear that this generation of aviators may be among the last to grace the skies with stick-in-hand and rudder pedals at our toes.

I am quite confident that there’s no stopping the automation locomotive here; we are already well past the point of no return, but I do believe that we — as early 21st century aviators — are actively working against our own interest in how we train and how we fly. Autonomous commercial flight is coming, but how soon the flying public welcomes that change might just have something to do with us as pilots.

Reality check: the technology required to completely automate the process of operating airliners is certainly not some futuristic dream. It’s here, and it’s getting cheaper and more reliable every day. Elon Musk’s solid rocket boosters can return from depositing satellites in orbit and land on a nickel. NASA’s Perseverance project deposited a fully autonomous, nuclear-powered go-cart on Mars and flies an unmanned helicopter around a planet that humans have yet to visit.

Sure, we’re not quite there yet with airline travel, but from a tech standpoint, we certainly could be. Do you really think your A320 needs you to type navigation fixes into the MCDU in order to get your passengers to El Paso? The reason we still have jobs is that the passengers still trust us more than they trust a machine. How long that lasts may be in our own hands.

The Boeing 777 is equipped with a computer called the Thrust Asymmetry Compensation (TAC).  Its only job is to apply the appropriate amount of opposite rudder automatically to counteract the loss of thrust from a failed engine on one side during take-off because 90,000 LBS of thrust is still raging out of the other engine on the good side. This immediate automated action keeps the aircraft, and its nearly 400 occupants, moving in the right direction in the event of an engine failure on takeoff.

Other similar multi-engine airliners require the same rudder response, but instead of the TAC serving as the thin line between life and certain death, that burden falls on the reaction time and muscle memory of the flying pilot.

Automation of the thrust lever or auto thrust started becoming mainstream in airliner cockpits in the 1980s, and since then, the technology has become so solid that any prolonged manual thrust actuation in most modern jet aircraft is highly abnormal situation. Auto thrust transforms manual flying from a two-handed job to a one-handed one, and when used in combination with autopilot: a simple exercise in screen monitoring and button-pushing. Auto thrust also removes the entire sensory experience that engrains the pitch-power and energy management reflex into a pilot’s muscle memory.

While auto thrust has no doubt simplified the pilot’s job, it’s also directly translated to a generation of pilots with drastically reduced hand-flying skills. Sriwijaya 182, Atlas 3591, and Ethiopian 302 are all examples of recent fatal crashes that might have been avoided with better manual thrust actuation skills and familiarity. Although the airlines generally still include some limited manual thrust procedures in the training environment, even the most grizzled veteran pilots get rusty when every revenue flight operated entails auto thrust usage from takeoff to the short final. Like any other task, practice makes perfect.

The modern cockpit asks less of its humans with every evolution cycle. In the early days, an aircraft’s fuel, electrical, hydraulic, and powerplant systems required a third crew member — the Flight Engineer — to monitor and manually actuate the systems. Now, every aircraft flying has computer systems that automate these mundane tasks.

In those days, many pilots cycled through the crew ranks by starting as a Flight Engineer before their seniority allowed them to progress to one of the front seats. It could certainly be said that the “FE generation” had a much better understanding of “how an airplane works” than the pilots that came after, but it doesn’t mean we stopped providing crews with systems training.

I’m in no way suggesting that automation technology is bad, or that the use of automation shouldn’t be part of the Standard Operating Procedures (SOP) at airlines and commercial operators. It very much is and absolutely should. The problem though is that many airline SOPs and training programs lean too heavily on automation. Emirates’ policy of mandatory autopilot use nearly cost the lives of all aboard a 777 recently, and they’re not alone. I believe that as professional pilots, we should be clicking off the automation more to maintain our basic flying skills. Every commercial airliner in the skies today still has the interface to be flown by hand, and there’s no good reason we shouldn’t make a point to actually fly them.

I think there is room to innovate here, and the time is ripe for part 121 training departments to think outside of the box. It could be as simple as adding hand-flown visual circuits to a sim check or as complicated as providing incentives and opportunities for crews to get back to their roots by flying light general aviation aircraft on a semi-regular basis. For me, buying and operating a 1969 Aerostar 600 was quite an eye-opener after 20 years of burning Jet-A fuel.

The CDFA technique is a safer way to fly an instrument approach, but it’s easy and it’s not always going to be available in every situation one may encounter. I was shocked recently to learn that pilots training these days have never done a “dive and drive” approach.

As the trend lines of increasing automation and decreasing pilotage converge, the intersection of those lines represents a point in time where human flight crews become the weak link in the cockpit and not the failsafe. The flying public will steadily become more accepting of the idea of autonomous flight. With incidents resulting from a lack of basic flying skills on the increase, it’s only a matter of time before the public perception reverses course viewing pilots as a handicap in the cockpit versus the arbiter for safe operations.

While I do believe the end of the human-powered commercial flight is inevitable, I am confident that we can help defer this outcome by returning to basics in how we train and ultimately how we embrace our role alongside automation in the cockpit.

This post is written by guest author Steven Giordano 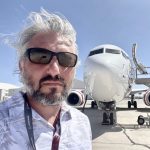 Steve Giordano (@JTTsteve) is a former airline pilot, and the Managing Director of the Nomadic Aviation Group; a commercial aircraft flight test and transactional flight operations company that operates a wide range of Boeing and Airbus aircraft on behalf of aircraft leasing companies. Giordano holds an FAA ATP with PIC type ratings and currency on the Boeing 737, 757, 767, 777, Airbus A320, A330, A340, Douglas DC-9, Bombardier DHC-8, and Citation CE500 with over 20,000 hours of command time in transport category jets.

Opinion: Why the Comac C919 Cannot Currently Be Considered A Rival to the Airbus A320neo and the Boeing 737 MAX

Over 40 countries, including Germany, the UK and New Zealand, have asked the United Nations body that sets aviation standards…