Sporting a distinctive livery design, the first of the fleet’s newly refurbished 757-200s took off from Ontario, Calif. on Oct. 18. The plane conducted a 4-city, multi-state demonstration tour from California to Hawaii, Northern Marianas Islands and finally to its new home in Anchorage, Alaska. The aircraft finished its tour on October 25 back in Ontario, Calif.

The aircraft stopped overnight in Maui, Hawaii, before continuing to Saipan in the Nothern Marianas Island. During the stop, the airline met with customers, tourism and airline partners, aviation community guests, and members of the press. It also revealed a potential wet-lease partnership with the newly founded Northern Marianas Air to fly from Oceania to US and Asia.

The airport is matching the effort by further investing to improve and modernize public spaces of the terminal. “It’s really exciting to watch the progress we’re making in bringing Alaska to the forefront of international travel once again,” said Rob McKinney, CEO of Northern Pacific Airways. “Anchorage used to bustle as an international hub with travelers connecting from Asia, Russia, and the Lower 48 alike. We’re proud to say that Alaska’s North Terminal now looks the best it ever has. Visitors will be inspired to stay and explore Alaska, and Alaskans will have easier access to international travel than ever before.”

Monday’s preview event greeted attendees with a transformed North Terminal featuring a 50-seat mini-IMAX theater, as well as a 2,800-square-foot lounge and bar area. The event also provided Alaskans a first look at Northern Pacific Airways’ fleet, showcasing the detailed work of one of their improved Boeing 757-200s in Anchorage.

Northern Pacific Airways will begin service with a fleet of Boeing 757-200 aircraft. The single-aisle plane is less costly to fly than its wide-bodied counterparts, yet it has a range greater than other aircraft of similar size. The aircraft is well-suited for point-to-point, long-haul flights and has enough space to accommodate each passenger’s carry-on luggage.

AirlineGeeks provided coverage for the company’s reveal event back in January. The entirety of Northern Pacific’s fleet will remain stored in California until the airline is prepared to launch in the spring of 2023, connecting service between Asia Pacific destinations and major U.S. cities. The 757-only airline will initially serve Japan and South Korea.

Previously, the startup airline reported plans to serve Mexico from Ontario before launching its Asia service. However, as the new year draws close, the company has yet to release any further updates. In addition to serving Mexico from California, the company has the approval to fly between Texas, New York and Mexico under the open sky agreement. 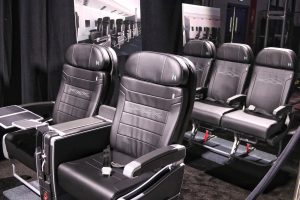 Dallas-based JSX has announced the addition of two more destinations to its route map. This comes just a month after…