The Other View: My First and Disappointing Visit to EAA AirVenture

I really wanted to say my first experience to Oshkosh was unforgettable.  But it wasn’t.  That’s not to say that EAA AirVenture is a waste of time either.  There are several reasons I’ll outline below of why Oshkosh was not great for me and why I’ll give it a second chance when given a better opportunity.

I arrived at Oshkosh about 9 a.m. after having driven 230 miles in the early morning hours.  I started walking around right away, exploring static displays and trying to learn where things were on the map.  I passed most major aviation and corporate spaces, admiring what they had on display, but not pausing to stop with the exception of a few aircraft.  Allow me to explain why I did not stop.

Aircraft are meant to be flown.  They are purpose built machines.  No one buys an aircraft to immediately put it on display as one might do to a rare automobile.  Even most privately owned historical are flown.  Kermit Weeks is a perfect example of this. Kermit also has the financial means to keep his aircraft airworthy. With rare exception, taking a picture of an aircraft parked at an air show is, to me, boring.  There’s no composition about it.  The aircraft on the ramp is not in its natural element.  If it were on the ramp, tied down on an airport, I might photograph it if it were interesting enough to warrant a picture.  I would always much rather prefer to see and photograph aircraft doing what their creator intended them to do.  Flying. 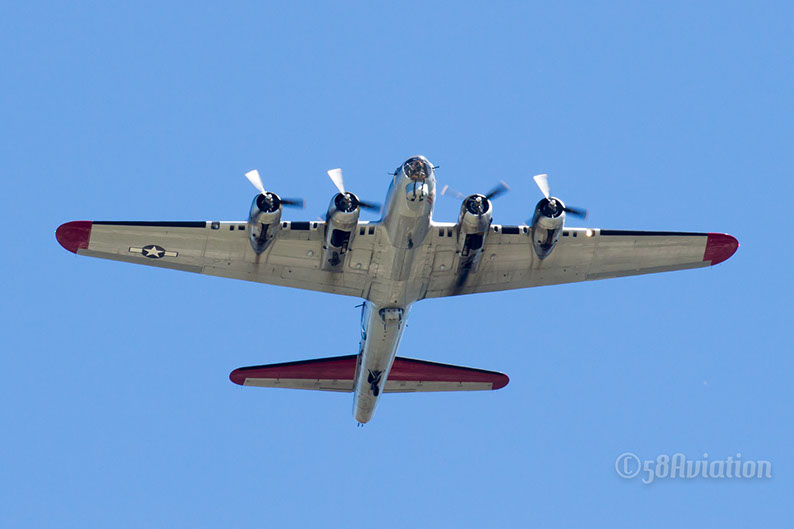 But what about the warbirds?  I’ve seen most versions of the airworthy warbirds there.  Yes, the P51 Mustang is beautiful, but there are five others next to it.  Cool to see, but kind of a “been there, done that” feeling.  That’s the feeling I just couldn’t shake about the place.  I’ve been to other air shows before, and I’ve been to Fantasy of Flight in Central Florida.  If you’ve been there, you know what an awesome collection Kermit has there.  Yes, there are aircraft there that are nearly one-of-a-kind.  And they are all tied down.  Very cool to look at for a few minutes, but I’d rather see it flying.  After five minutes of staring at it, I’d rather move on.

One fellow spotter pointed out to me–after I had already come home–that Tuesday is historically the most boring day of AirVenture.  Man, that would’ve been nice to know beforehand.  Then again, I didn’t ask either. That one is on me. 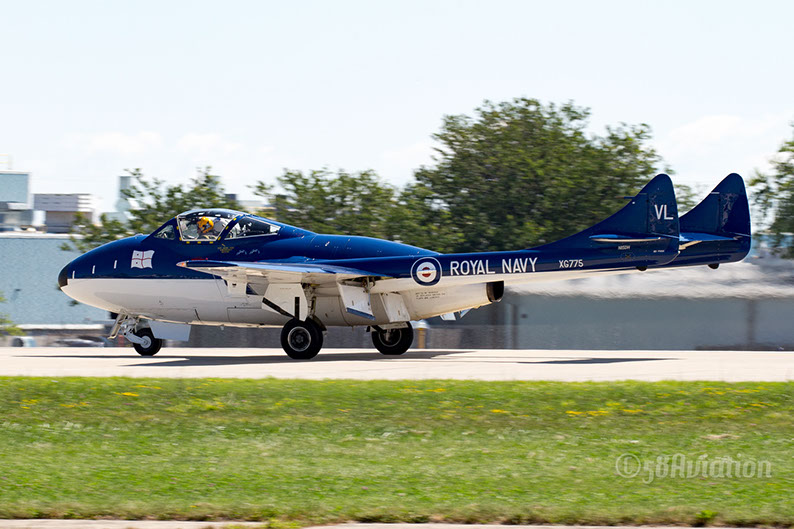 I wish I would’ve known about bringing a folding chair as well.  Had I brought mine, I’m fairly sure I would’ve been content to walk down to the approach end of runway 36 and camp out there until 4 or 5 p.m. and then head home.  I had no clue, I didn’t ask either.  Another one, on me.

A few things about EAA AirVenture that could use improvements and what they got right:

The map and signage; Absolutely atrocious.  I, who am still adept with a compass and map, actually found myself asking myself a few times just where the hell I was.  As a controller and former soldier, I’m used to maps being oriented to the North.  Most controllers when they visit a tower, will usually ask “Which way is North?” if they aren’t familiar with the operation or the area.  I was trying to orient myself North-South with a map that was drawn East-West.  I realize it may be easier for EAA to orient the map this way, but for someone who is so accustomed to reading a map one way, I found it quite difficult.  The EAA is surely raking in a lot of cash from this yearly adventure, perhaps it’s time they hire an app developer and come up with an interactive map for smart devices. I’m speaking of the kind of apps used by theme parks for their patrons.  Both Walt Disney World and Busch Gardens of Tampa have very polished apps to help their guests navigate their sites.  Yes, I know AirVenture happens once a year, but it is a very large place to navigate.  An app with a map sure would be nice!

The amount of available basic facilities was fantastic.  There were plenty of food/drink stands, restrooms and water fountains for everyone.  I never took note of anyone standing in line for water or to use the restroom.  It’s not something you’d normally note specifically because you don’t think about it until you need it, which is why I say I never took note of it, and not “saw”. 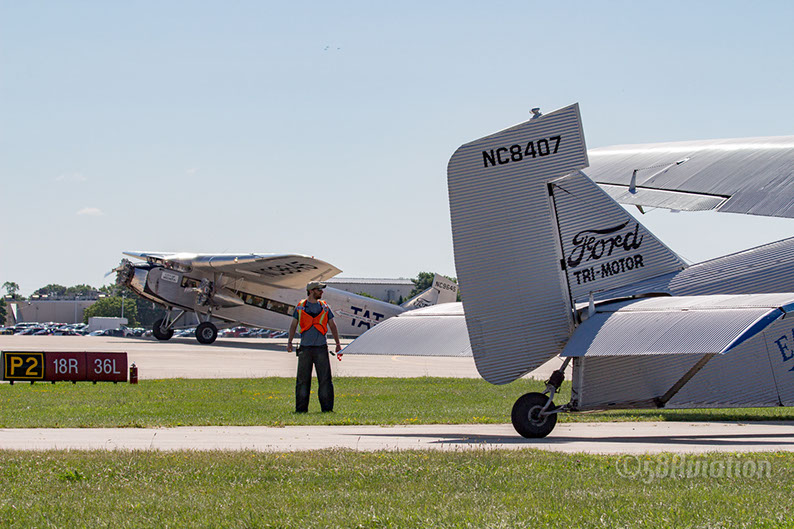 “Signals.” A volunteer keeps watch on the movement of aircraft.

The number of volunteers was amazing!  I was only once not within eyesight of a volunteer!  And each one of them was, or seemed to be, very friendly and quick to stop and talk, or tender advice if asked.  The few I talked to always replied with a warm smile.

EAA AirVenture deserves a second chance.  I think I need to go about planning it more carefully the next time.  Here are a few things that I will definitely do for my next visit to Oshkosh.

1.  I know now to go towards the end of the week, or closing weekend, when all of the stops are pulled out and the bigger attractions are set to fly.

2.  As heavy as my camera bag is, I need to bring a folding chair.  Because there ARE times one just wants to photograph aircraft from the comfort of his/her chair.   I also would like to bring a second camera body!

3.  Plan on staying a few days, even if it means crashing somewhere or pitching a tent.  There’s just no way I’m going to leave at 3:15 a.m. to be there for a 7 a.m. gate opening. But I also realize OSH is way too much of a convention to try to experience in a day.

4.  Try to fly-in with someone rather than driving in.  I’d much rather experience AirVenture the way it was intended to be experienced. 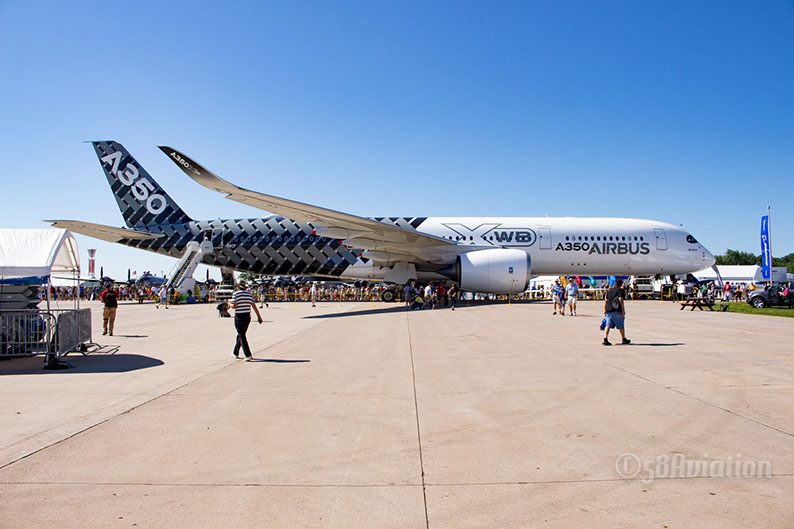 “Get me from my good side.” Even at 18mm, one has to stand a few hundred feet away from the A350 to get all of her majesty in frame.

I know I’ve been a bit harsh on social media.  What it comes down to is that I did not give myself a fair opportunity to enjoy AirVenture.  The few complaints about the operation I did find should not have been, and will not be in the future, enough to deter me from a future visit.  I just have to find the vacation time to do so!  I’ll be back.  The next time, much better prepared to experience AirVenture.

Editor’s Note: This post originally appeared on 58Aviation.com, a blog by Lew W. featuring the aviation industry from an air traffic controller’s point of view. Click here to see the original story.

Our team is also at EAA AirVenture in Oshkosh! Follow our coverage of the event live on Twitter.