The World’s First 747-400 To Fly Last Revenue Flight, Leaving a Legacy Behind

Tomorrow we say goodbye to a very famous aircraft; N661US will be flying its last revenue flight later this evening as Delta 836 departing Honolulu and arriving back in Atlanta early tomorrow morning. The 27 year old bird will not be scrapped, instead it is moving across the street from Hartsfield Jackson International Airport to its new home at the Delta Flight Museum.

To satisfy the demands of customers, Boeing created the 747-400 equipped with a better and more modern cockpit, longer range, and to purge the need for a flight engineer.

During its time with Northwest, N661US was involved in a major scare while flying. Northwest Airlines flight 85 was operating from Detroit to Tokyo-Narita on October 9, 2002 when, over the Bering Sea, the airplane rolled into a 35-degree left bank. this was due to a fatigue crack in the power control module which caused a hardover of the lower half of the rudder. The pilots had to hand fly the aircraft back to Ted Stevens International Airport in Alaska. This wasn’t your typical hand flying however. At that time, the flight crew only had limited rudder control and no control of the ailerons which meant they had to steer the aircraft with asymmetric or differing engine thrust. 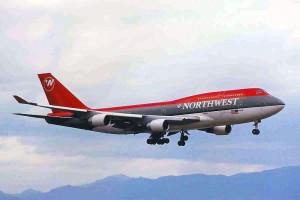 In January 2004 the Air Line Pilots Association awarded the “Superior Airmanship Award” to the crew of Northwest 85.

N661US has flown for 3 companies during its 27 year history. In addition to being a Boeing test aircraft for nearly a year, N661US flew for Northwest Airlines from 1989 until 2009 when Northwest merged with Delta Airlines. N661US has been with Delta since the merger – flying to destinations all over the world.

Just because N661US flying days are over doesn’t mean people can not see her. Delta will be moving N661US to the Delta Flight Museum to be put on display.

Now one may be wondering how it is possible to move a 747 out of an airport? When the airplane is finished getting a fresh coat of paint and the modifications are completed, the airport will take down part of its fence and the 747 will be towed through, accross the road, and parked at the museum, in collaboration with the City of Atlanta’s Department of Aviation. There is no timeline yet for when the process will begin, however this had been done before with a DC-9 and a 757, which now sit in the parking lot outside of the museum.

N661US is an aircraft that holds lots of history. While she may be out of the sky, she will continue to be on display at the Delta Flight Museum, so people can continue to appreciate her beauty as the “Queen of the Skies.”

BONUS: Check out some of the photos by Delta of N661US’ first and last flights in this gallery: 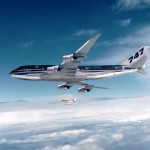 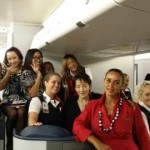 The crew onboard N661US (Photo provided by the Delta News Hub) 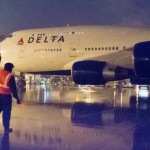 Pulling into the gate (Photo provided by the Delta News Hub)