The final C-17 departs from LGB (Photo provided by Boeing)

On November 29, 2015, the last ever C-17 Globemaster III military airlifter departed Boeing’s Long Beach, California production plant. This take off marks the end of the C-17 production era, along with all aircraft production in Long Beach. Prior to flying to Boeing’s San Antonio location, the airplane overflew the assembly facility and a gathered crowd.

The aircraft has a rich history dating back to 1980, when the US Air Force requested a transport aircraft larger than those presently in their fleet. Within the next year, McDonnell Douglas won the contract with a design meeting and even exceeding Air Force standards. 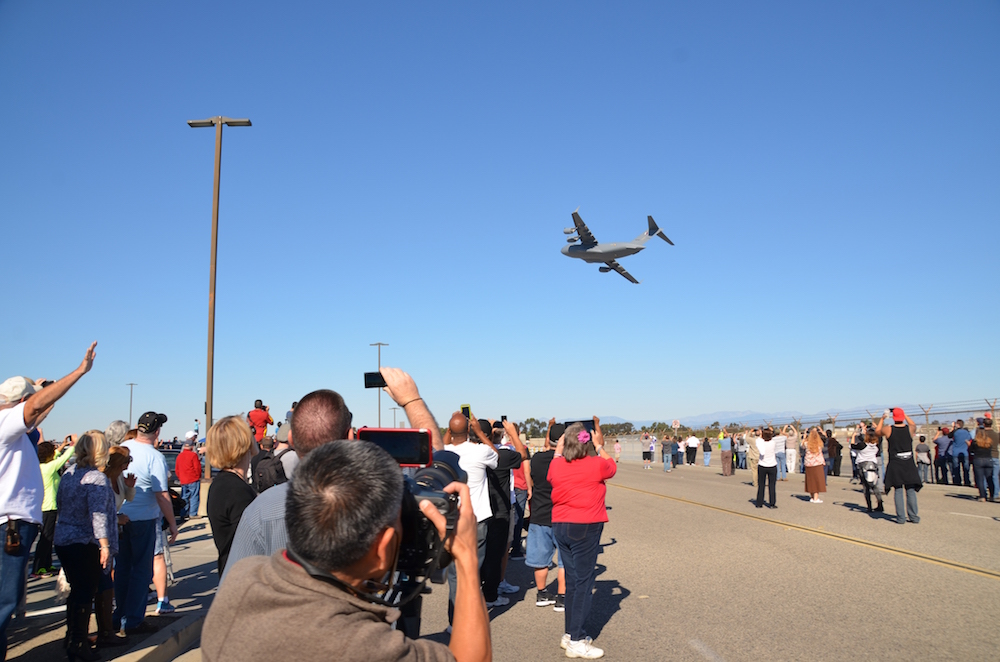 The first C-17 flight took place on September 15, 1991, with the first squadron functional in 1995. Capable of being refueled while in flight, the airlifter is advantageous for global travel. It has the capacity to land at 19,000 airfields, according to Boeing. Additionally, the C-17 has set 33 world records over the course of its existence. The aircraft has proven itself capable of both landing and taking off in under 1,400 feet, and carrying a payload of 44,000 pounds to altitude.

By February 2014, Boeing had completed 260 worldwide C-17 deliveries. Though a majority of these airplanes were delivered to the US Air Force, 37 went to a range of countries, including Canada, Qatar, India, Kuwait, Australia, the United Kingdom, and the United Arab Emirates.

Exceeding three million combined flight hours, the C-17 fleet has been an important and valuable part of military cargo transport around the world. Though production has officially come to a close, fleet support and maintenance to existing C-17s will continue, according to Boeing. “This is truly the end of an era,” said Nan Bouchard, vice president and C-17 program manager. “It’s a sad day, but one that all of the Boeing employees and suppliers who have worked over the years building this great aircraft can be proud of.”