Passengers traveling through John F. Kennedy International Airport in New York ran into some possibly unexpected delays this past weekend. JFK unlike many airports has a whopping six terminals. These terminals are treated like an outside mall being that they are not connected. That means that although, the Port Authority does not own any of the airport’s terminals, due to the fact that they own the actual field they must provide transportation throughout it. They do this with the AirTrain. It is the “easy, eco-friendly way to travel from John F. Kennedy International Airport,” according to the information brochures which are always readily available at AirTrain stations. However, when the entire train system shuts down for maintenance those once uber helpful brochures turn ineffective and tourists especially become confused.

The Port Authority, to help alleviate some stress provided completely free shuttle buses, relieving the usual $5.00 fee for those wishing to exit the airport at the end of the line whether it be the Howard Beach or Jamaica stations. However, at the airport it was an absolute mess; customer care representatives provided by the airport were at most stations, but, not all. People were frustrated because they simply didn’t know which bus to get on. For example, buses that read Long Term Parking were stopping at Lefferts Boulevard as well, and Howard Beach. For people boarding in the back, there was no way to know which terminal a bus labeled “Group 1” was going too. 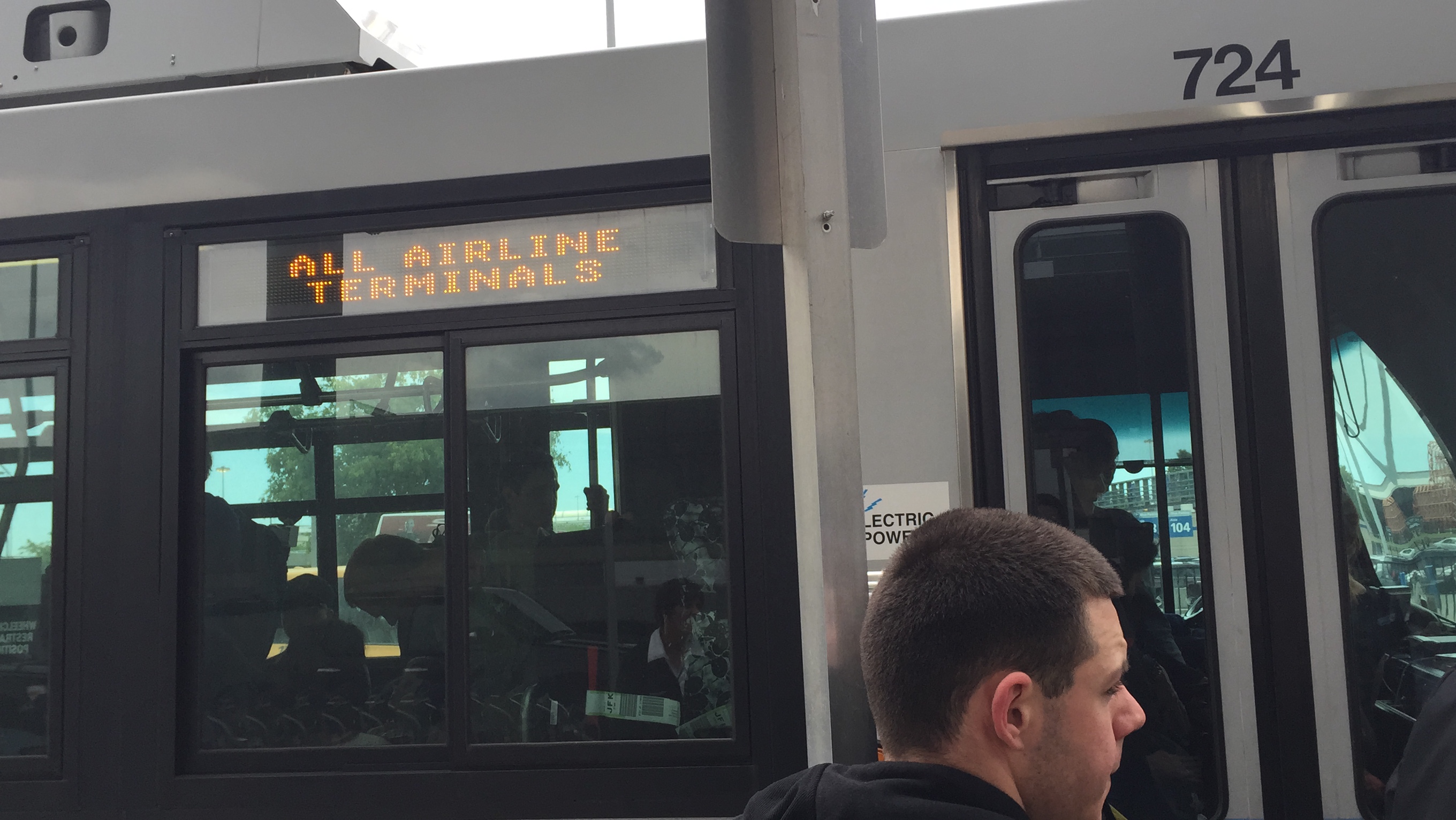 The buses that replaced the AirTrain

I spoke to one international traveler who said she knows people that come, experience something like this in the city, and simply refuse to come back. On-board the buses, although there were luggage racks, suitcases were still blocking exits posing a safety hazard. As mentioned, some weren’t prepared for this travel disruption, however, the Port Authority did make it very clear that this was happening on their JFK website.

Airports around the country have followed suit by creating their very own social media handles, apps, and notification systems, in order to keep travelers in-the-know at all times.  Be sure to know your’s, to avoid stress and frustration when maintenance and things of the like are being performed.