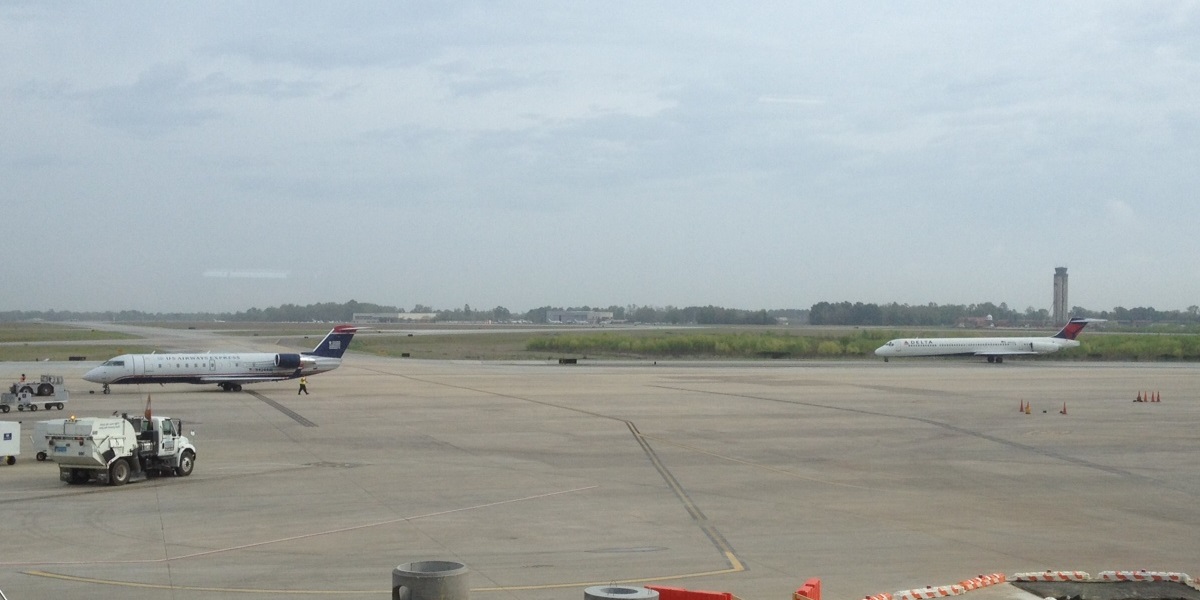 Charleston International Airport is the largest airport in South Carolina. Charleston is considered to be a multi-purpose airport. The United States Air Force have significant operations there as well as there being Boeing’s Charleston factory, which is used as the second facility for the delivery of Boeing 787 aircraft. The airport has been experiencing significant passenger growth over the past six years and is looking to be a big hitter in the South Carolina economy. The airport carried nearly 3.5 million passengers in 2015 and also had over 100,000 aircraft movements.

The airport holds carriers such as United, Southwest, JetBlue, Delta, American Airlines & Alaska Airlines and provides more than 1,900 departures and arrivals per month, thus showing demand in an ever growing South Carolina market. The airport’s history began in 1928 when the Charleston Airport Corporation purchased around 700 acres of land. Ten years after the acquisition of lands, three paved runways were developed and featured lighting for night operations.

This came in handy for the Second World War as control of the airfield was transferred to the United States Army. The airport then became more military-based, although they allowed commercial operations to continue. In 1949, the airport was then transferred back to commercial operations. A short time later in 1952, the airport was then a military base after the conflict of the Korean War began. By 1979, the civilian aspects of the airport were transferred to the Charleston County Aviation Authority (CCAA). By 1980, the CCAA had acquired land to build their south terminal which now exists today.

In 2011, the Boeing Company opened up operations for the final assembly and delivery facilities of the Boeing 787 Dreamliner. They are also expanding research strategies within Charleston as Boeing have invested money into Propulsion South Carolina which will be designated to designing the Boeing 737MAX engine nacelle fan cowl and the Boeing 777X nacelle.

Like with Charleston, Greenville-Spartanburg International (GSP) also has quite a significant role to play in South Carolina. The airport carries over 1.9 million passengers per year, making it a top competitor with Charleston. Allegiant Air, American, Southwest, Delta & United Airlines operate out of Greenville to their hubs and popular destinations. The airport has one 11,000-foot runway made from Asphalt/Concrete.

The airport opened in 1962 as a replacement for Greenville Downtown Airport as the primary airline destination in Greenville. GSP expanded terminal and cargo facilities in the 1980s to accommodate for growing demand and the runway was lengthened twice during the 1990s, showing that bigger aircraft were needed to accommodate for the increase in demand. Allegiant Air began flights to Florida in 2006, with Southwest beginning operations in 2011 to five cities.

In 2012, the U.S Department of Transportation announced that GSP had hit a new milestone in fare reductions. GSP’s average fares decreased by 14%, which was the largest decrease in the country, which was thanks to the Low-Cost Carriers such as Southwest who made that happen. GSP is also contested by the duo-monopolized cargo industry of UPS & FedEx. It seems that in most of the airports in South Carolina, UPS & FedEx seem to have huge significance in providing mail to customers.

Based 5 miles southwest of Columbia in Lexington County, Columbia Metropolitan Airport is the main commercial airport for the Columbia and Midlands region of South Carolina, carrying over one million passengers per year. The airport is a regional cargo hub for UPS.

After the war, the airport was converted back to passenger usage. The first passenger service was operated by Delta Air Lines who have served Columbia for over seventy years. Delta operated flights to Charleston, Asheville, Jacksonville, New York-LaGuardia, Augusta & Savannah using the McDonnell Douglas DC-9 aircraft. From there, many carriers such as Eastern Airlines, Piedmont Airlines, American Airlines and many more carriers operated out of Columbia and succeeded whereas some airlines such as Allegiant, Vision Airlines and Spirit had very turbulent times within the Columbia market and were forced to pull out not long after they initiated operations.

After the demise of services from different carriers, only four major carriers now operate into Columbia. American Eagle, Delta Air Lines, Delta Connection & United Express now connect Columbia to destinations such as Dallas, Charlotte, Philadelphia, Atlanta, New York and many more hubs for route connections. Although UPS uses Columbia as a cargo hub, FedEx and FedEx Feeder are in competition on routes to Myrtle Beach and much more. The airport currently has two runways, being both Asphalt & Concrete.

Myrtle Beach (MYR) is also a big airport within South Carolina. With over 160,000 General Aviation movements and 16,000 Air Carrier Operation movements per year, it definitely goes up in the list of major airports within the South Carolina area. Carriers such as Allegiant, American, Delta, Elite Airways, Porter Airlines, Spirit Airlines, United Airlines & WestJet operate to the Horry-based airport.

For 2016, the airport has deplaned and enplaned nearly 1.3 million passengers alone. In 2015, they deplaned and enplaned over 1.8 million passengers. The airport was built and constructed in 1975 for air carriers but also for the military. Until 1993, Myrtle Beach Airport and Myrtle Beach Air Force Base used the same runway, meaning that operations were restricted to 30 commercial landings per day.

The restriction in landings ultimately led to the build of a new airport that was separated from the military. American Eagle took advantage of the new build as they operated multiple daily ATR72 flights to Raleigh-Durham International Airport, one of American’s hubs. By 1994, this route alone counted for 12% of total passenger traffic at Myrtle Beach.

The airport also served as a hub for Hooters Air from 2003 until they pulled out of commercial service from MYR in 2006. AirTran Airways also pulled out in 2006. At the time, AirTran was the 4th largest airline serving MYR. Direct Air came about in 2007 and operated as a hub in MYR until 2012 when the airline had to file for Chapter 7 bankruptcy. This caused a decline in passenger numbers and made problems worse for WestJet as they did not achieve forecasted passenger numbers. Horry County then had to pay up $570,000 to WestJet in compensation.

Florence Regional is a very small airport with not much movement compared to some of the other airports within South Carolina. As of July 2016, the airport sees nearly 20,000 movements per year, which isn’t so significant. In terms of airlines operating to Florence, only American Eagle operate from Florence but operate an important daily flight to Charlotte, one of American Airlines’ bases after taking over US Airways. Hilton Head is a predominantly General Aviation (GA) airport. As of July 2016, there is an average of 30,000 General Aviation movements per year, showing significant signs of movement for the GA market. The airport currently has 55 single engine and 23 multi-engine aircraft based at that airport. They have 8 business jets based there also.

There are other airports in the South Carolina region but they are relatively smaller than the minor airports. South Carolina is on the way to becoming one of the potential aviation hot spots across the United States. It will be interesting to see how far the South Carolina market will grow over the next few decades as passenger number forecasts are due to increase.