JetBlue Airways and The JetBlue Foundation chose the New York Hall of Science as the venue to present the thrusting of grants totaling $162,000 into the arms of six different aviation programs that all share the common goal of teaching science, technology, engineering, and math, to the fliers of tomorrow.  STEM education is notoriously unavailable specifically to minority groups, women, and veterans.

JetBlue hopes to fulfill its mission of Inspiring Humanity by placing the money right in their hands.  Joanna Geraghty, President of The JetBlue Foundation, added, “We must fuel the talent pipeline now with diversity and focused educational training to ensure the future of our industry.  Our goal is to provide access early on to prepare students for jobs after high school or for college.”

This matters to JetBlue because the statistics that need to be changed are staggering — less than seven percent of women are commercial pilots, and only three percent are aircraft mechanics.  Minority groups don’t surpass those numbers either.

Vaughn College of Aeronautics and Technology plans to use its grant to purchase a flight simulator and to develop programming.  Their doors will be open to students, as well as six hundred New York City-area high school students.

Norwood’s Above The Clouds will use the money provided to fund programs that will take youth ages 6-18 up into the air for flight lessons with Certified Flight Instructors.

In Worcester, Mass., the Worcester County Horticultural Society’s Worcester Tree Initiative will put the funds toward the development of an environmental education program for inner city youth.  There is both a computer and field component to this program.

The New York Hall of Science will bring the money over to their Science Career Ladder Initiative which continues to recruit high school and college students to teach and explain science exhibits to museum visitors.

North Charleston, S.C.’s Trident Technical College Foundation will purchase a Flight Deck Simulation Trainer to give students a real-world feel as to what it’s like to fly an airliner. 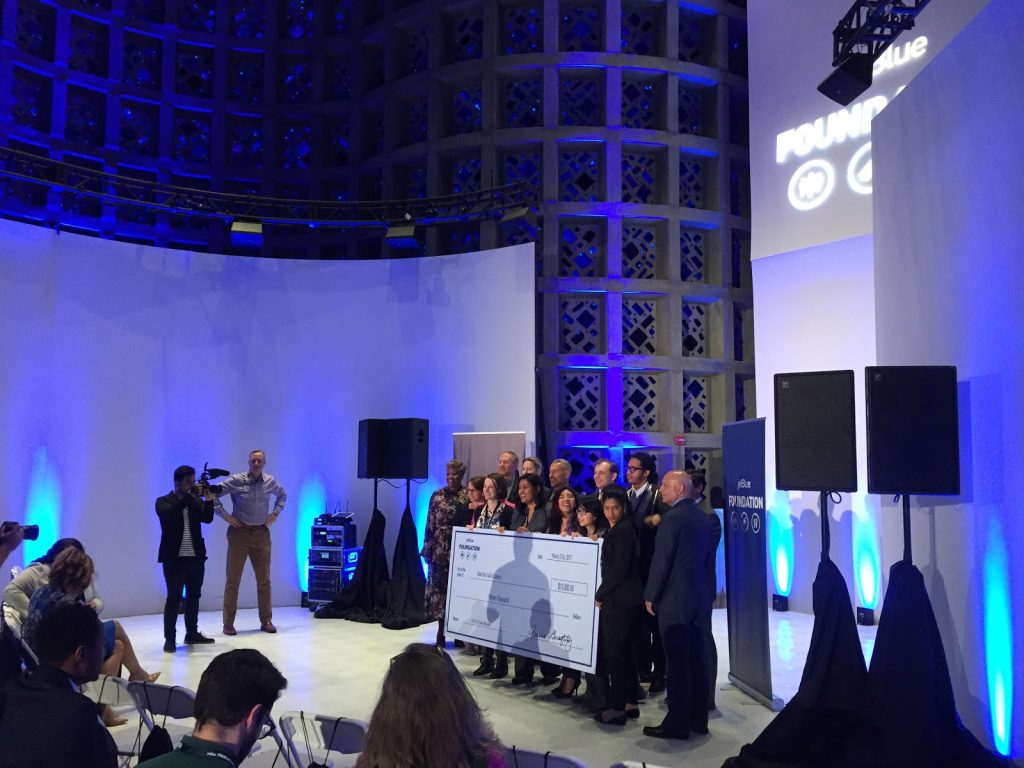 JetBlue itself after donating the money to the aforementioned schools and organizations is to continue to lead the way for STEM education and the ushering in of new male aviators as well as aviatresses.   Its University Gateway program allows students to develop relationships with JetBlue employees in the career they aspire to, at as young as the elementary school level, and as old as those enrolled in college.  These students go on to become Pilot Trainees with JetBlue.

Following the grant recipient ceremony, everyone had the opportunity to see the A320 engine on display at T5, as well as to go where customers aren’t allowed — the crew lounge.  The group was spoken to by Airbus A320/A321 Captain Eric Poole who is also the airline’s Assistant Chief Pilot of New York.  Poole spoke of his time at the University of North Dakota, and his experience in mobility at JetBlue – moving from flying the Embraer to Airbus, as well as previously being the Manager of the University Gateway Program.

Employees like the assistant to Don Uselmann, JetBlue’s General Manager of JFK Airport Operations (AO) as well as those others that work in AO and Ground Operations (GO) explained their duties to the group as well.  Prior to the speakers, everyone had the opportunity to tour the JetBlue Airways Control Operations Center which was especially busy due to the active construction on the airline’s ground operations office. 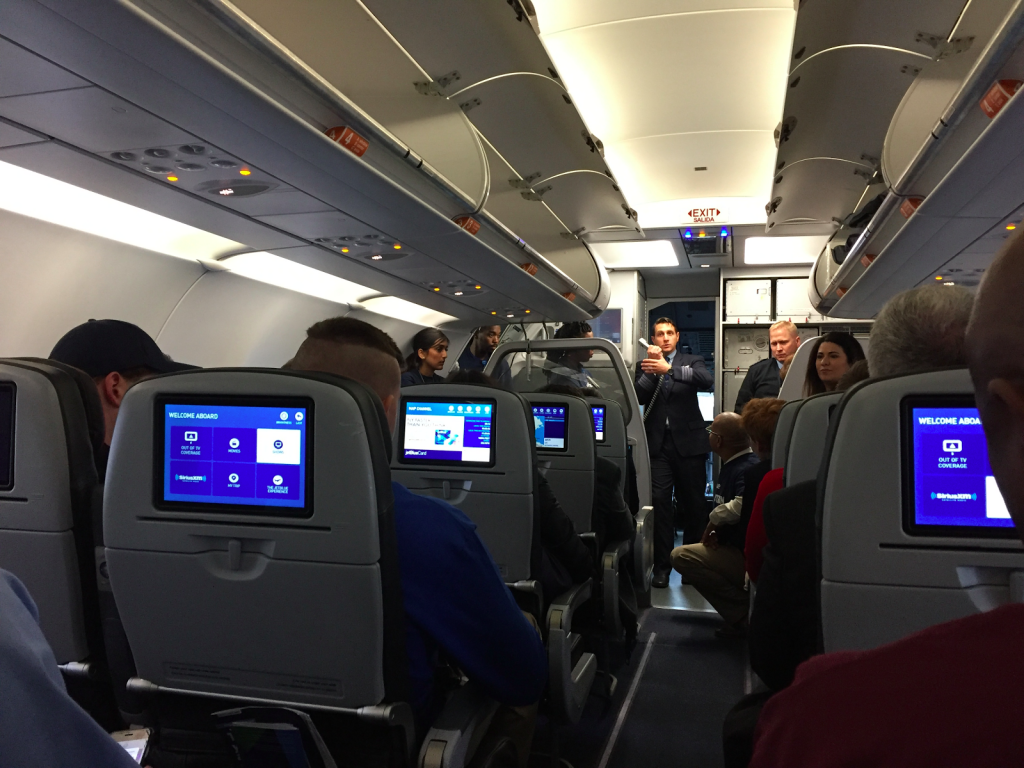 Enjoying the inside of a non-MINT Airbus A321 (Photo: Malick Mercier)

Lastly, due to the rainy weather, JetBlue had to rummage to locate one of its aircraft and were successful at finding a non-MINT Airbus A321 leaving later in the day for Las Vegas as well as two delayed pilots, waiting to fly an Airbus A320 to Savannah, Georgia, to show off its flight deck.

Overall, the grant recipients thoroughly enjoyed their experience which offered a peek behind-the-scenes in the airline industry.  They all had the chance to have their questions answered which left smiles and ongoing conversations as they exited the terminal.