The Concorde was known for its majestic shape (Photo: Arpingstone [Public domain], via Wikimedia Commons)

While we all admire the success and fame that has come with aircraft like the Boeing 747 or Airbus A320, not every design is successful. In this multi-part series, we will be looking into some of aviation’s designs that had huge potential and didn’t live up to the hype or could have potentially reshaped the aviation landscape but did not. We will not be looking into aircraft that have gained over 100 orders or are still being made in large quantities, such as the Bombardier CSeries, or branches of successful aircraft, such as the Boeing 747-8. From supersonics to cargo aircraft, here are some of the designs that failed to launch.

With the battle between Western Europe and the Americas versus the Soviet Union well underway in the 1960s, the race to create a supersonic commercial jet reached its peak. The Soviet-backed Tupolev Design Bureau was the first to roll out a commercial jet with the creation of the TU-144 in 1968. The jet featured a drooped nose and a canard style surface alignment with the aircraft having the horizontal stabilizer on the forward fuselage ahead of the delta wing.

While designing and getting the airplane airborne was quick, getting it into the marketplace was a different story. The TU-144’s market took a massive hit in 1973 when CCCP-77102 broke up shortly after takeoff at the Paris Air Show.

The aircraft went through a massive overhaul to find the problem, which led a delay in it’s entry to service. However, in early 1977 Aeroflot took hold of its first TU-144 for cargo operations around the Soviet Union. The hope was that by starting the crew with cargo flights, they would be well trained when the aircraft would enter passenger service later in the year. 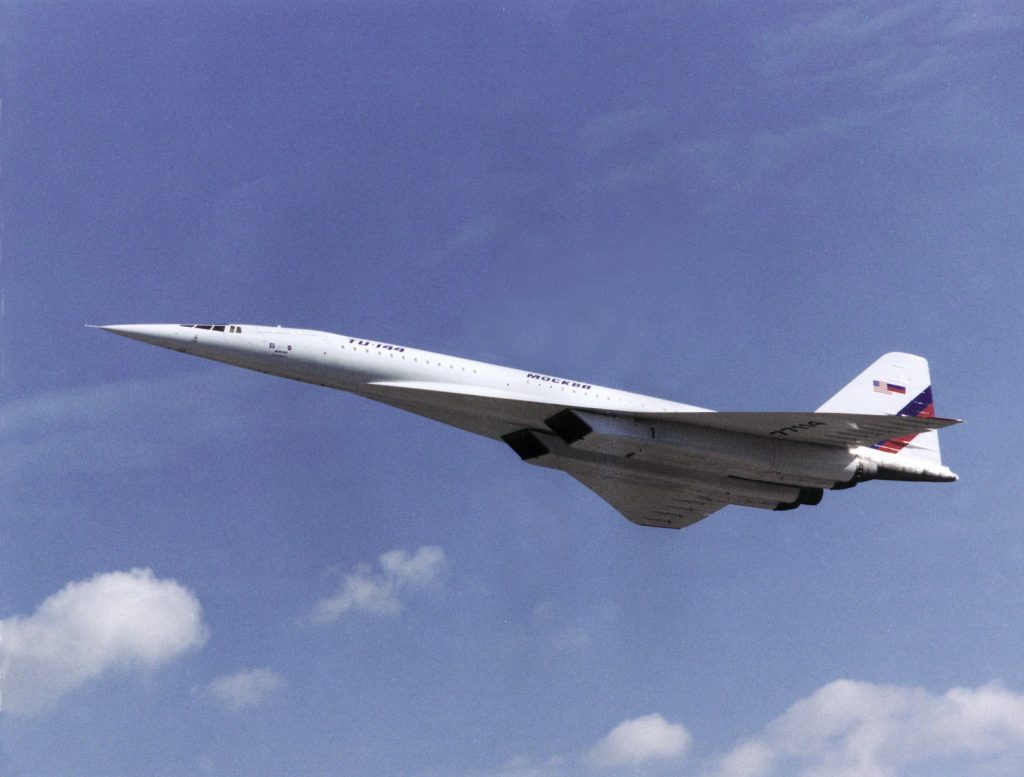 The jet eventually entered service in November 1977 but was immediately seen as outdated. The aircraft was expensive due to inflating fuel costs in the early 1970s and was very loud. The original TU-144s saw use on weekends only, flying only those who could afford the expensive cost of supersonic travel to other Soviet territories.

Due to the lack of popularity of the jet and the Soviet Union’s prioritization of military projects, Tupolev pulled the TU-144 from production in 1983, creating only 16 aircraft during the fifteen-year process. After being removed from the factory lines, Aeroflot started to remove the TU-144 from service, turning most aircraft over to either museums or a graveyard. Of the sixteen TU-144s that were built, seven are still standing with five in museums across Europe and Russia and two sitting in a Russian aircraft graveyard outside of Moscow.

Of the three supersonic jets that were proposed in the early 1960s, the Concorde is the one jet that everyone remembers. The aircraft rolled out of the hangars in the late 1960s and took its first flight before the end of the decade. The aircraft was a joint venture between the British company BAC and French builder Aerospatiale. With a much more streamlined testing phase than its Soviet competitor, the Concorde started deliveries in 1976 to both Air France and British Airways.

The aircraft saw massive popularity initially with the aircraft seeing over 100 orders in the 1960s as the jet was easily marketable due to its ability to cut flights times dramatically. While the jet was initially popular, most airlines who had ordered the jet backed out before the first delivery siting that the jet was too expensive and did not have enough sustainable markets for a luxury liner. All in all, only 20 Concordes were built and only 14 were used for commercial service.

British Airways formed deals with Singapore Airlines and Braniff International to lease aircraft to them to use on routes until the 1980s, when noise issues stopped Singapore’s flights and Braniff slowly working its way to bankruptcy and cutting the Concorde route due to high operating costs. Concorde’s ability to seat only 120 passengers and high fuel burn meant that the cost of flying on one of these jets was very expensive.

The aircraft continued to fly with British Airways and Air France through the 1980s and 1990s, with both operating a combined fourteen aircraft. Unfortunately, the rising cost of fuel due to the Gulf War resulted in the necessity of the Concorde to come into question once again. The nail in the coffin for the Concorde came in July 2000 when Air France Flight 4590 crashed after takeoff from Paris-Charles De Gaulle International Airport.

The aircraft, now viewed as potentially dangerous, also lacked support from its manufacturers, with both BAC and Aerospatiale moving on to other projects. With all of these factors impacting the Concorde, both British Airways and Air France decided to remove it from service in 2003, with the final flight touching down on October 24, 2003. Of the 20 Concordes that were built, 19 of them are on display at various museums across Europe and North America, with the only aircraft not being on display, Air France’s F-BTSC, the one that crashed in 2000.

With both Europe and the Soviet Union in the supersonic main game, Boeing was looking into the possibility of adding a newer, larger supersonic aircraft to the market. The aircraft, titled the Boeing 2707 or Boeing SST, was launched in the 1960s with the goal of creating a widebody supersonic aircraft. President John F. Kennedy wanted to help either Boeing or Lockheed with their supersonic projects, so both projects were presented to the U.S. government.

Boeing showcased the Boeing 2707 which could carry 277 passengers, while Lockheed provided info on the 273 passenger L-2000. In 1966 both models were modified and presented once again, with Boeing winning the government funding due to the 2707’s more radical design and better performance. 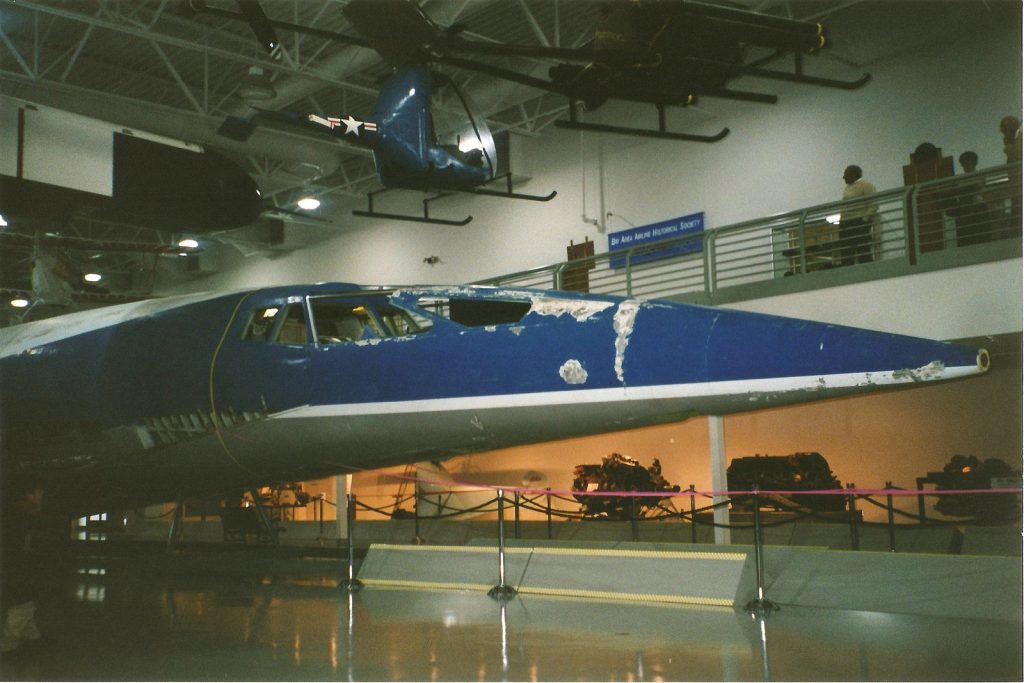 Boeing produced a scale mockup of the forward fuselage in hopes of bringing in orders for the 2707. Originally, the aircraft received a strong review, with airlines combining for over 100 orders. However, the work quickly stalled as building a widebody supersonic aircraft proved harder than originally anticipated. By 1971 with the Vietnam War dominating US headlines, the government slashed funding for the supersonic jet to prioritize the war effort.

With no support and a jet that was getting more and more difficult, Boeing scrapped the idea for supersonic transport. The aircraft design would be brought up again in the late 1990s and early 2000s, but would yet again be thrown out in favor of a more fuel-efficient jet, the Boeing 787 Dreamliner. The mockup of the Boeing 2707’s forward fuselage has changed hands multiple times since the end of the SST project, but is currently housed at the Museum of Flight in Seattle.

With the fall of the Soviet Union and demand for a more global market, Russian aerospace company Sukhoi started negotiations with American manufacturer Gulfstream Aerospace about potentially building a supersonic business jet. The project, titled the S-21, was launched in the mid-1990s with the goal of decreasing business travel time.

The jet would feature three engines and could seat up to ten travelers. It was marketed heavily in hopes of attracting attention or further aid from companies in Europe and Asia. A replica titled the Sukhoi-Gulfstream SSBJ made an appearance at multiple airshows but there was interest. By 2000 both Sukhoi and Gulfstream realized that the project was not going to succeed, especially with the increasing fuel prices in the late 1990s, so the concept was scrapped. The aircraft was hoping to achieve Mach 2, but no tests were ever done to prove it could make it to Mach.

Latest posts by Ian McMurtry (see all)
Built to FailConcordeFeaturedsupersonic
Related Stories
[ Related Stories ]May 19, 2022 5:00 am ET
By Chase Hagl