Boeing’s 737 MAX 7 out of the paint shop in Renton, Wash. The regulator has committed to working with the House of Representatives to transform its approval process. (Photo: AirlineGeeks | Chuyi Chuang)

Aircraft spotters and Boeing employees were out in force on Monday as the aircraft manufacturing giant unveiled the newest member of its Boeing 737 MAX family: the MAX 7. For the occasion, Boeing held a ceremony at its factory in Renton, Wash. where they showed off the plane to its employees to celebrate the important milestone for the aircraft.

The MAX 7 is the upgraded version of Boeing’s 737-700 aircraft, the workhorse of airlines such as Southwest Airlines and WestJet. The aircraft is the third of the MAX family to be produced by Boeing, following the larger 737 MAX 8 and 737 MAX 9, which have been bought and delivered to airlines around the world. 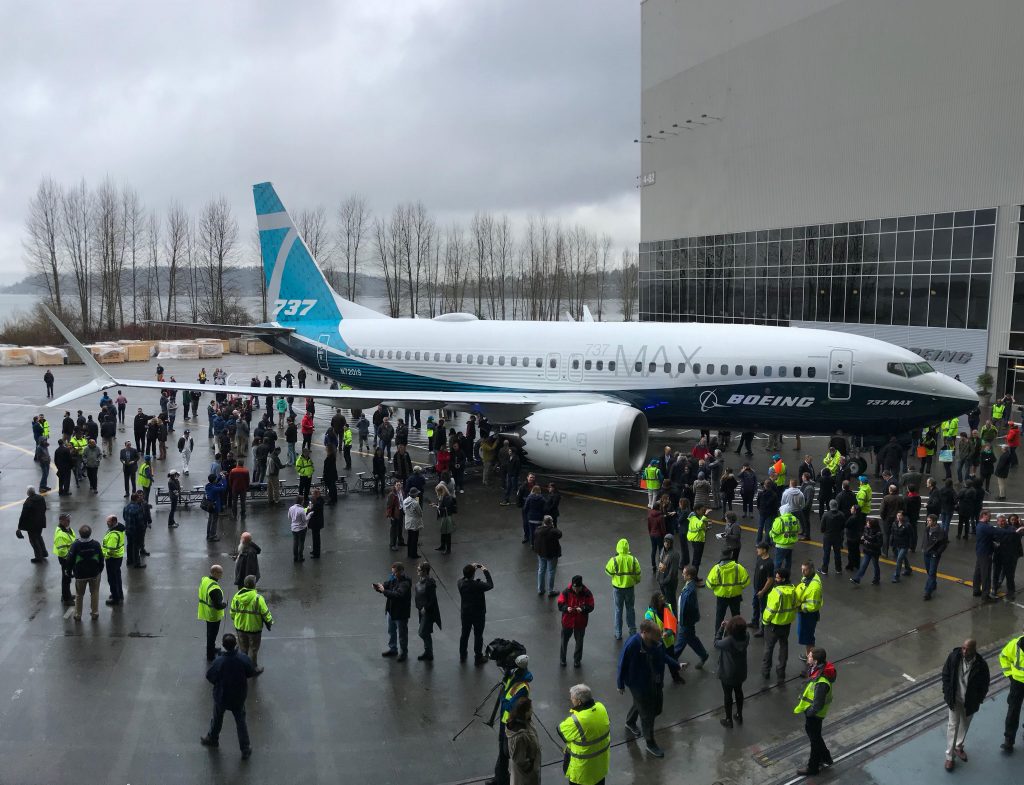 “This is the third 737 MAX family member our team has successfully introduced in just three years. That’s a phenomenal accomplishment and a testament to the dedication of the entire 737 team,” said Keith Leverkuhn, vice president and general manager of the 737 MAX program.

Boeing has long touted the MAX series performance advancements, chief among them fuel efficiency. In a press release, Boeing stated the MAX 7 can fly further and cheaper than its Next Generation equivalent, the Boeing 737-700. The MAX 7 can fly 1,000 nautical miles further than the 737-700 at a rate of 18 percent low fuel costs per seat, according to Boeing.

The MAX 7 is slated to have a top range of 3,850 nautical miles, the longest range of any of the MAX aircraft, according to Boeing. Range and fuel efficiency are top priorities for some of the MAX’s customers, as new low-cost airlines are always looking for ways to save on costs. As fuel prices are always fluctuating, a fuel-efficient airplane is an important constant for many airlines. 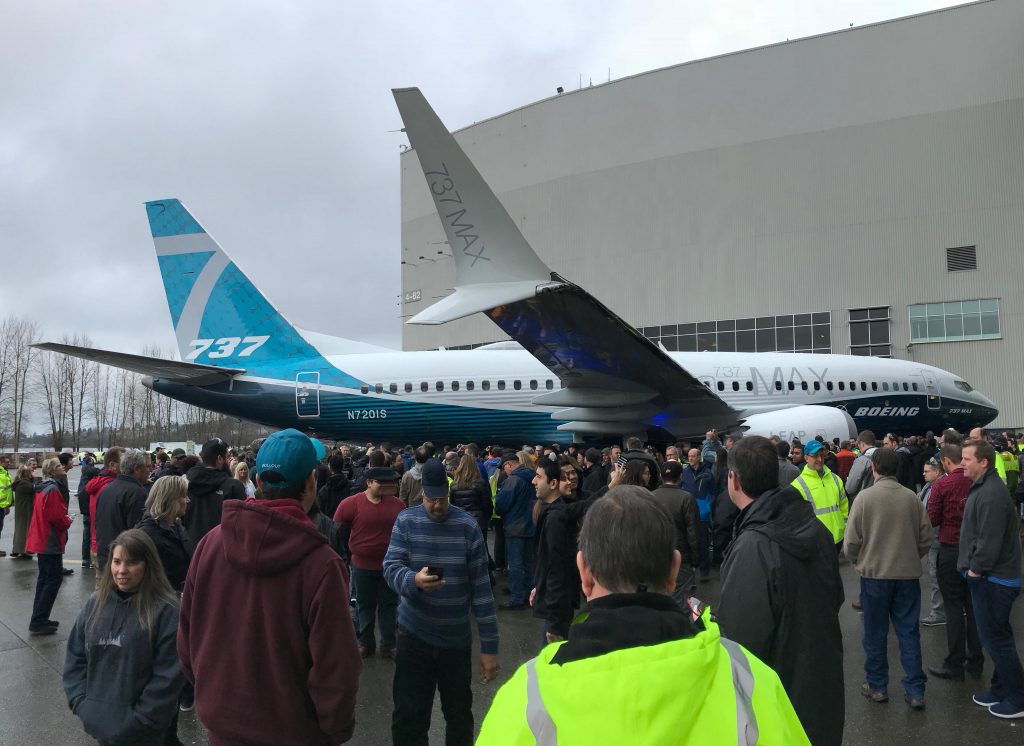 Boeing is able to attain the high level of fuel efficiency through new technological advancements. The engine of choice for the 737 MAX 7 is the CFM LEAP-1B, which is the backbone of the entire MAX series. Also featured on the MAX aircraft is the modified split scimitar winglet. The split scimitar winglet allows for smoother airflow over the wing and increases fuel efficiency.

Another addition is the aircraft’s passenger capacity, as the MAX 7 can carry up to 172 passengers, a 23 seat increase over the Boeing 737-700 Next Generation, in a single-class configuration, allowing the aircraft to fly more people farther. The increased capacity is achieved by the lengthening of the fuselage. The 737 MAX 7 has a length of 116 feet and 8 inches, while its predecessor has a length of 110 feet and 4 inches.

The Chicago-based manufacturer also pointed out the 737 MAX 7’s advantages over the Airbus A319neo, Airbus’ equivalent to the MAX 7. Boeing claims that the 737 MAX 7 can fly 12 more passengers at a range of 400 nautical miles more than the A319neo, while also maintaining savings in operating costs of 7 percent per seat over its European equivalent. 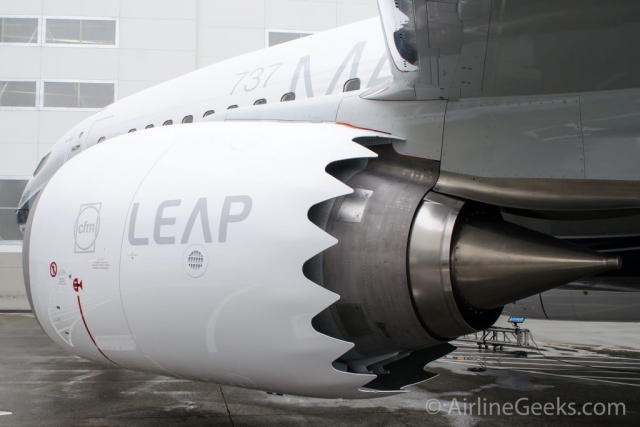 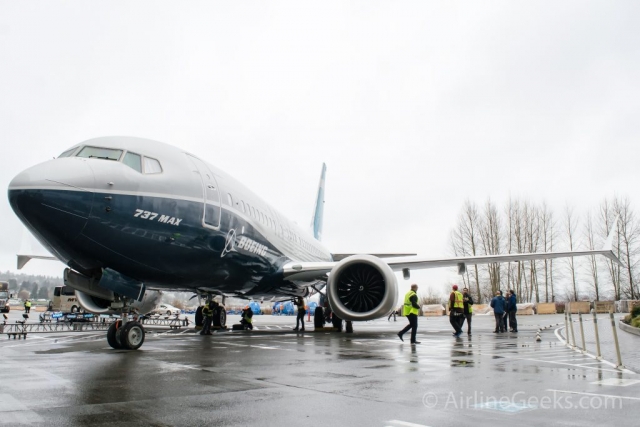 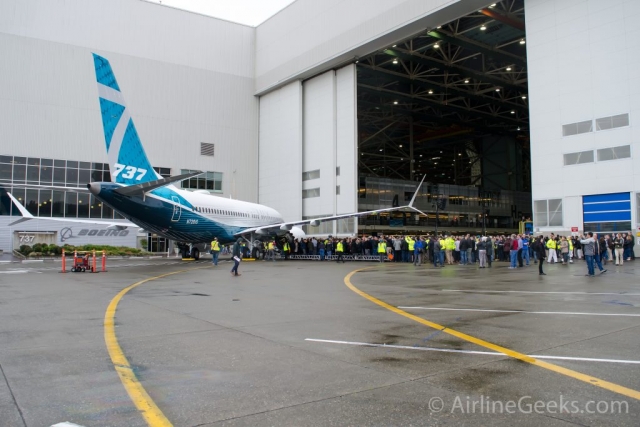 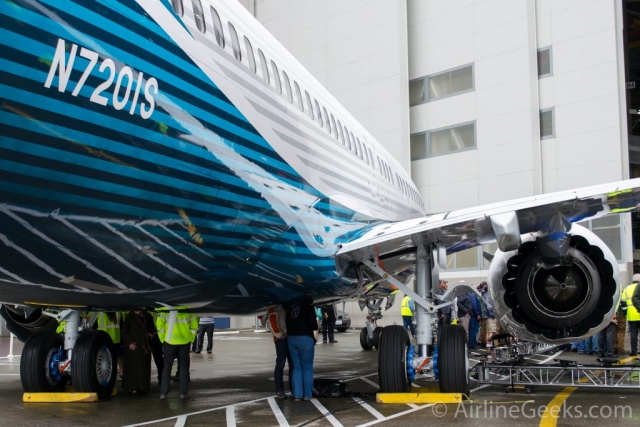 Boeing also announced that the first of its 737 MAX 7 test aircraft will proceed to undergo system checks, fueling and engine runs, taking to the skies in the upcoming weeks for flight tests. After successful flight tests and trials, the aircraft will enter service with Southwest Airlines, the last of the major U.S. airlines to maintain an all-Boeing fleet, next year.

The Boeing 737-700 is currently the most pervasive aircraft in Southwest’s fleet, with the Dallas-based airline maintaining a fleet of 512 of the aircraft, and the carrier has 30 737 MAX 7s on order with Boeing. 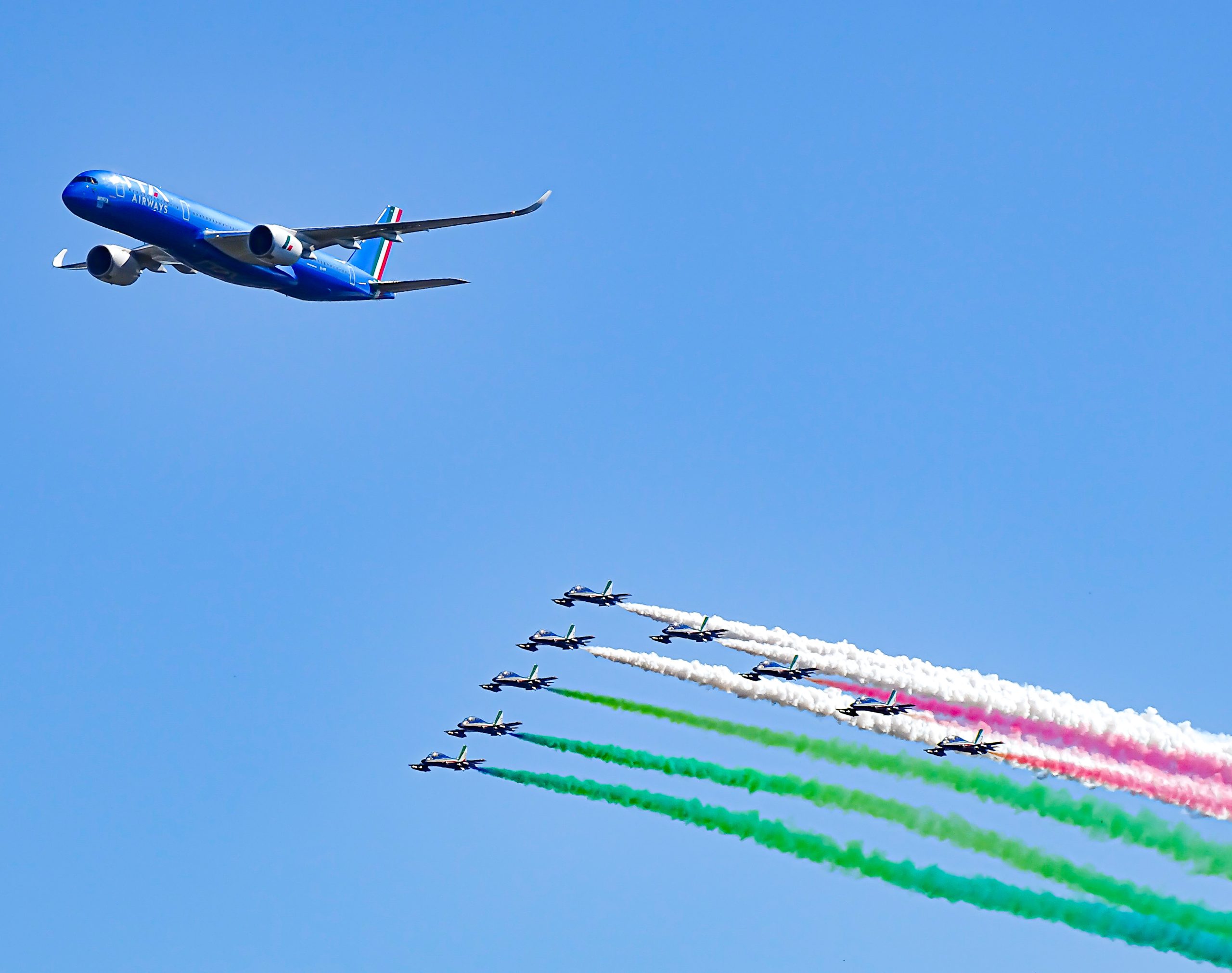