Doha skyline from the welcome event at the IGHC. (Photo: AirlineGeeks | Tom Pallini)

Sunday night marked the unofficial first day of the IATA’s Ground Handling Conference (IGHC), held annually in a different city every year. This year, the city of Doha, Qatar was chosen as the designated city for the conference, the first time the IGHC has been held in Qatar, as well as in the Middle East in general. 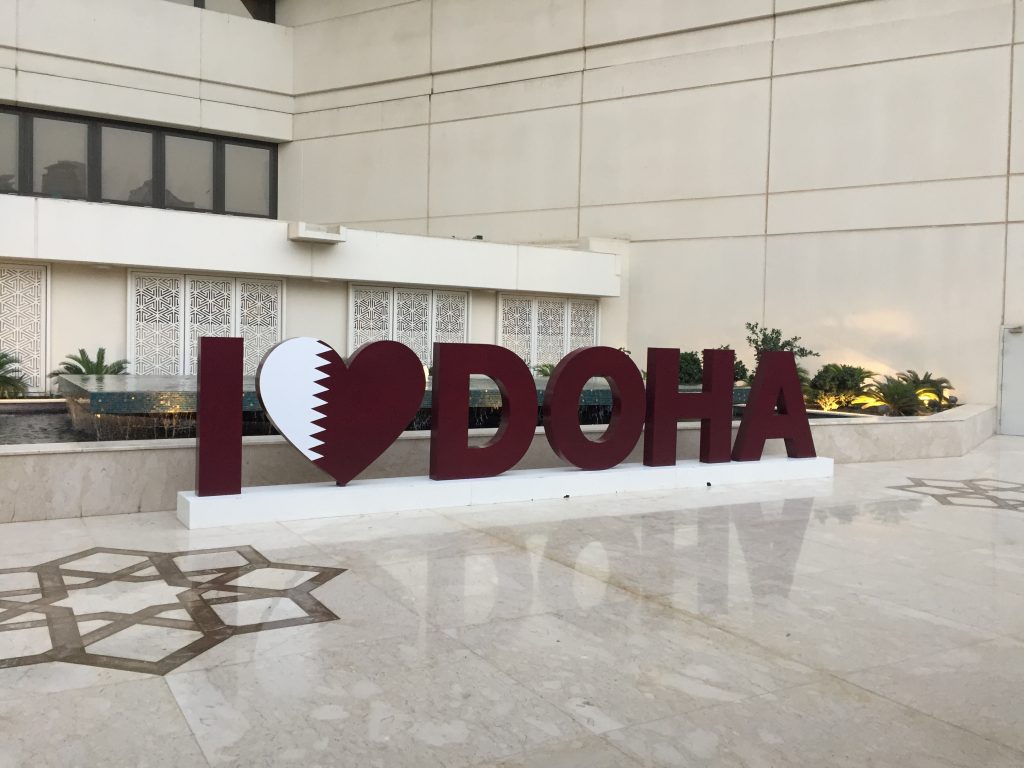 This is the first time that the IGHC is being held in the Middle East. (Photo: AirlineGeeks | Tom Pallini)

The welcoming ceremony for the event took place at the Sheraton Grand Doha, a five-star hotel and conference center in downtown Doha, where the conference will be taking place. Signs around Doha promoted the event and welcomed the International Air Transport Association (IATA), the trade association comprised of 278 of the world’s airlines representing 117 countries, to the region. 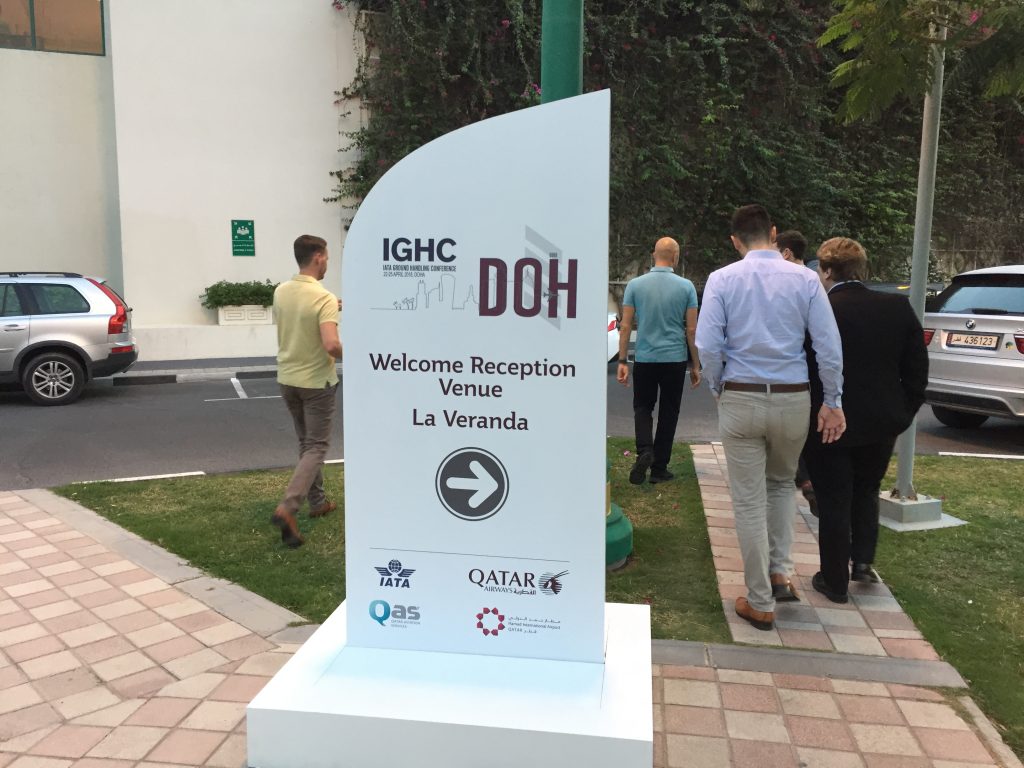 The conference is a meeting of minds for an aspect of traveling that the average passenger doesn’t always think about, ground services. Although not always visible to the traveling public, as most of their work is done on the ramps or in the underbellies of airports across the world, ground handling personnel are a key part to ensuring flights go out on-time and without error.

Ground handling personnel assist with baggage handling, marshaling, towing, lavatory dumping, potable water filling and other jobs critical to every flight. The unsung heroes of the industry, the conference aims to promote the advancements in the field and discuss new strategies to continue to improve the important work done by those who work behind the scenes.

Qatar Airways, along with their ground service division Qatar Aviation Services (QAS), are the official sponsors of this year’s conference, as it is being held at their main hub of Doha. Over 700 delegates, attendees, speakers and media personnel traveled through Hamad International Airport, Qatar Airways’ main hub and the country’s primary airport, to be in attendance this year. 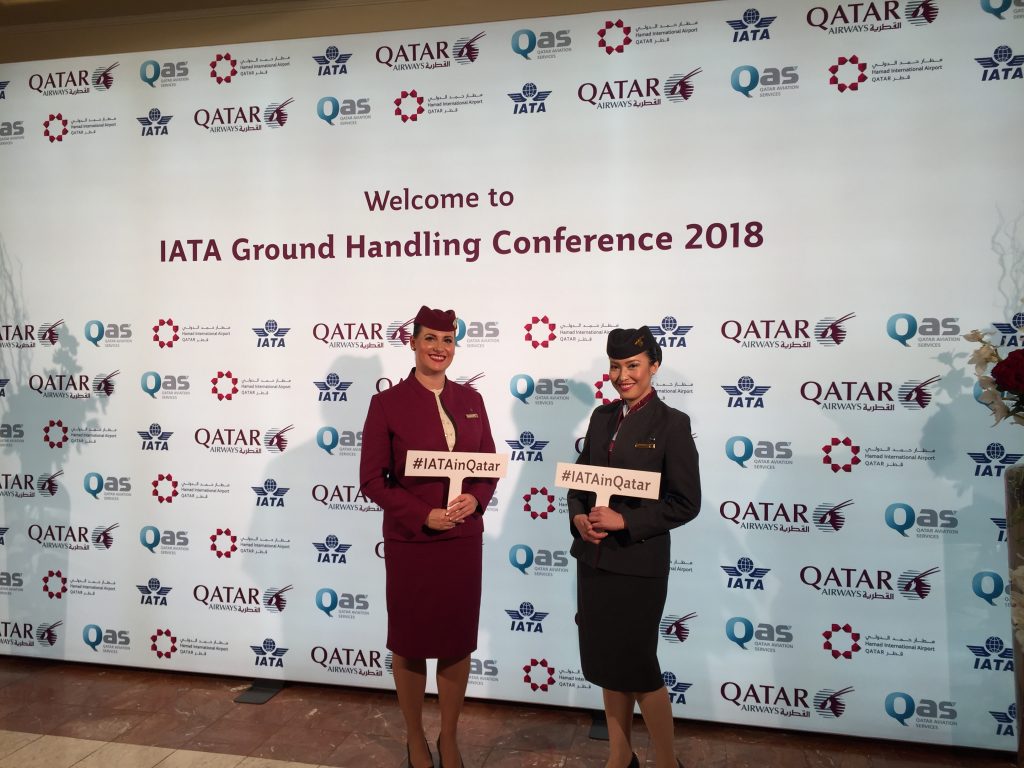 Qatar Aviation Services (QAS) is a nearly two-decade-old endeavor by Qatar to provide handling services at Hamad International Airport, where Qatar is the dominant carrier. QAS, currently, is the only handling service operating for any airline at Hamad, having virtually no competition at the airport. Additionally, you won’t find the company outside of Doha, but the possibility is there for the company to expand internationally.

Conference attendees have reason for celebration as a report issued just last week by the Swiss technology group SITA showed that a record was set in 2017 for the least number of mishandled bags. The current rate of mishandled bags is now 5.57 bags per 1,000 passengers carried, with the rate dropping over 70 percent while passenger numbers have increased by 64 percent in the last decade. As ground handling personnel deal with the handling of bags and luggage to and from the belly of an aircraft, this is a huge achievement them. 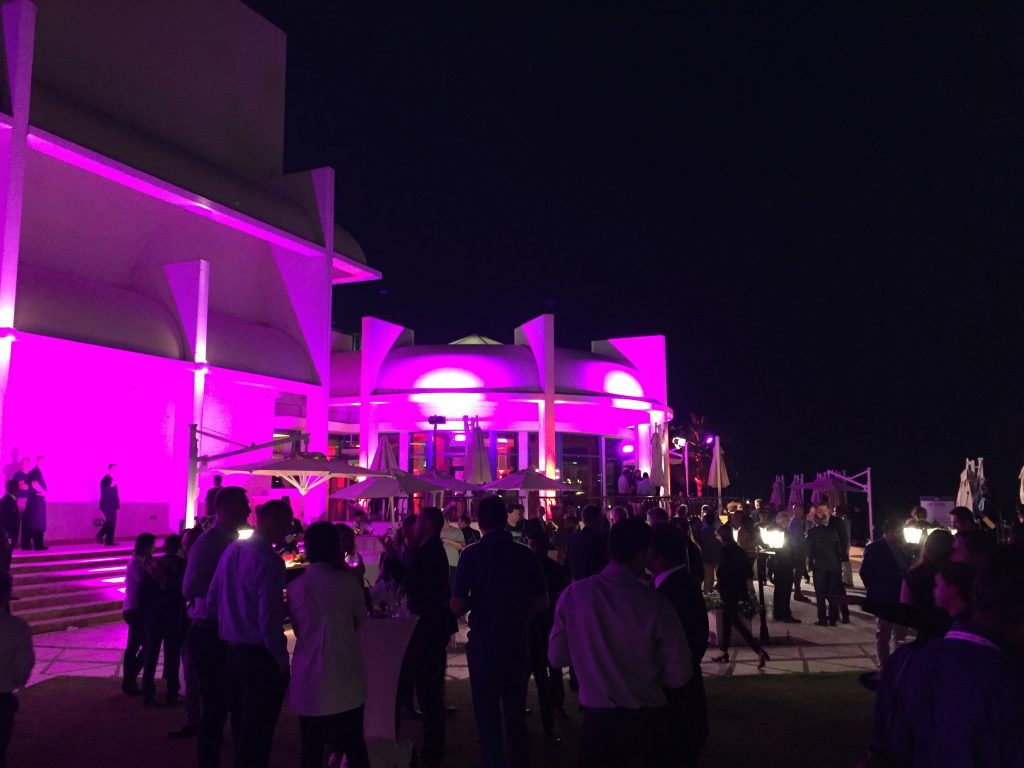 The record can be attributed to their hard work and the increasing introduction of technology in the baggage systems. The positive trend in the industry will be one of the things discussed at the conference, with a focus on what systems are working and how to improve them to increase operational effectiveness and further reduce the number of mishandled baggage, as it costs the airlines.

While the lingering elephant in the room that is the Saudi Arabia-led blockade of Qatar still looms over the nation, Qatar and Qatar Airways want to show that it’s business as usual in the Gulf state and that they’re surviving and thriving. Thus, hosting this conference is one way of promoting the country’s normalcy to the world, by inviting 700 people to come see for themselves.

Following Sunday’s events, the IGHC will span three days until Wednesday of this week. On Monday, Joseph Suidan, Head of Ground Operations, IATA, officially opened the conference at 9:00 a.m. at the Sheraton Grand Doha. Following his remarks, His Excellency, Mr. Akbar Al Bakar, Qatar Airways Group Chief Executive, then addressed the conference, as his group is the main host for the conference.

Stay tuned to AirlineGeeks for coverage of the conference.

Last month, American Airlines announced the temporary suspension of flights between Los Angeles and Sydney through September and October, per…