An Air France A380 pulling into the gate at Washington Dulles. (Photo: AirlineGeeks | William Derrickson)

Benjamin Smith was recently appointed as the new Air France-KLM CEO following the departure of Jean-Marc Janaillac. He assumed the CEO role on Sept. 30, 2018. Just over two weeks into the job, Smith and employee representative unions successfully signed an agreement regarding employee compensation. The unions in the accord represent over 76 percent of Air France employees. Prior to Smith’s arrival, strikes had plagued the airline’s schedules causing an 81.6 percent drop in profits during the first quarter of 2018.

Smith is working to turn the airline around and back in the right direction. At the top of his list, he wants to streamline the Air France-KLM merger which occurred 14 years ago. Additionally, he’s not a big fan of Joon, the subsidiary of Air France which launched last year and is aimed at attracting millennial customers. While it’s still unclear how he plans to approach the unique situation with the merger and the confusion Joon is causing passengers, a recent fleet review he conducted has decided the fate of the carrier’s A380s.

The French carrier currently operates ten A380s with an average fleet age of 7.8 years. While the aircraft are fairly new, the cabins are outdated when compared to the airline’s new Boeing 787-9s and 44 refurbished 777s including 25 777-300s and 19 777-200s. The 777 was the first to undergo the “Best and Beyond” campaign Air France launched in 2015 to upgrade the interiors of its aircraft. The airline is also investing 150 million Euros ($170 million) to refurbish 15 A330s, though these planes will retain a 2-2-2 configuration in business class. 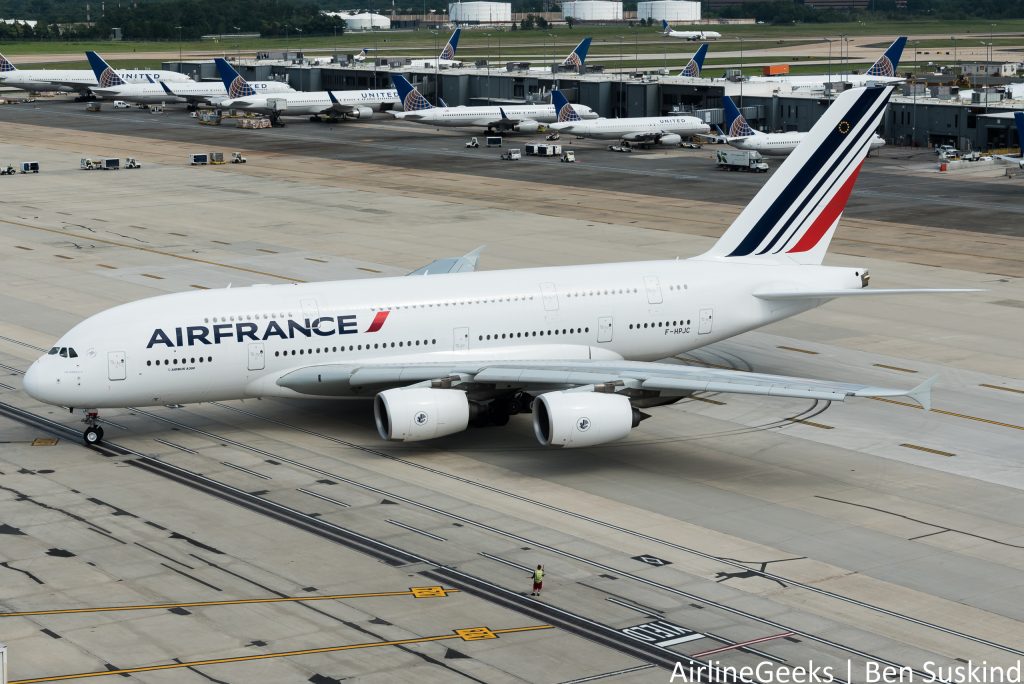 Former Air France CEO Alexandre de Juniac first announced an A380 refurbishment project in 2014 with plans for new seats to debut on the airplanes in 2017. The project, however, was constantly pushed back since then and the current CEO now wants to begin refitting the planes in 2020. If the current retrofitting schedule is not changed, the first A380 with new seats will begin flying in fall 2020. In business class, the seats found on the 787 and 777 will be installed, providing a lie-flat seat and aisle access for all passengers.

But not all A380s will get the much-needed cabin upgrades. According to Les Echos, Smith is set to reduce the double-decker fleet by fifty percent, or five aircraft.

Of the ten aircraft in the fleet, five are leased. Two lease contracts expire at the end of 2019 and will not be renewed. The three other rented A380s will fly for Air France until their leases gradually expire over the next few years.

The French carrier originally had 12 A380s on order. In 2014 the airline converted the order of two A380s to the A350, in favor of the smaller and more economical widebodies. Officials at the airline have also publicly admitted that buying the aircraft was not a good choice for Air France’s business model. The aircraft failed to turn a profit in Singapore and Beijing, where Air France had to revert back to the 777 on the routes. Currently, the airline serves Abidjan, Johannesburg, Los Angeles, New York (JFK), San Francisco, Washington Dulles, Mexico City, and Shanghai with the A380.