The Boeing 777X project currently has seven named customers, with an order book totaling 326 aircraft. 46 percent of the ordered aircraft are destined for Emirates Airline as airlines in Asia and the Middle East dominate the firm orders for the aircraft. Lufthansa is currently scheduled to be the launch and only European customer with the updated version of the 777 on order. The German carrier plans to take delivery of the first of 20 777-9s next summer, when the airline’s new business class also debuts.

It’s been over two years since the last order for the new aircraft was placed, but this may soon change. AirlineGeeks has learned that British Airways executives recently visited the Boeing 777X final assembly line in Washington State as a potential deal for the aircraft looms. British Airways declined to comment on the meeting.

While further details on the meeting between Boeing and one of the largest operators of its long-haul aircraft in Europe remain unknown, the airline continues to explore its options for the 747-400 replacement. With 34 747s scheduled to be retired by the end of 2024, the airline needs to expand its fleet to make up for the retired aircraft and future growth. Last July, the carrier announced a deal for three additional Boeing 777-300ER aircraft. 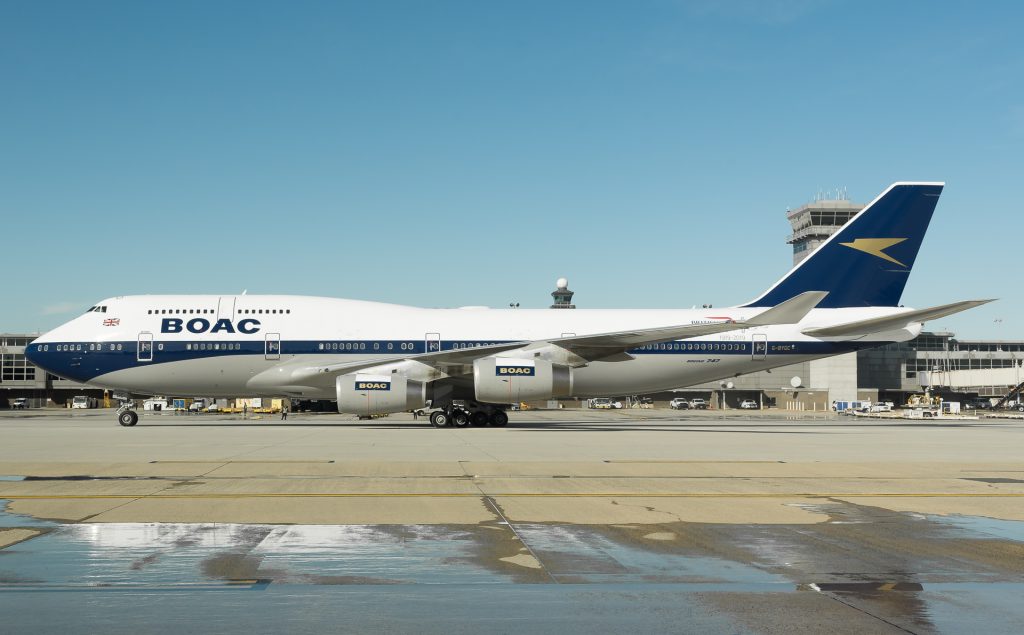 Two are scheduled for delivery this year while the third will join the fleet in 2020. If these aircraft receive the same cabins as the current 777-300ER fleet, each aircraft will seat 297 passengers across four cabins. British Airways also currently operates a sizeable fleet of Boeing 777-200 aircraft from its bases in London.

The high-density 747s in British Airways’ fleet seat 337 passengers in a four cabin layout while the 777-9 offers 349 seats in a three cabin layout and has room for up to 414 passengers with only two cabins. The smaller variant, the dash 8, has seating for up to 365 passengers in a two cabin layout. A 777X order would increase available seats onboard each aircraft to accommodate projected future growth.

On the Airbus front, British Airways has already placed an order for 18 Airbus A350-1000. While the onboard layout of this aircraft has not yet been revealed, the order will not be sufficient to maintain the carrier’s current long-haul fleet capacity past 2024 when the final 747 exits the fleet.

British Airways will take delivery of four A350s this year, with the first one due in July. This premium-heavy aircraft will not have first class unlike the Queen of the Skies. A smaller economy cabin is expected, though, with the A350 as British Airways puts emphasis on its new business class seats and already successful premium economy cabin.

The Boeing 787-10 Dreamliner will also join the British Airways fleet in 2020, with the airline expecting to take delivery of six of the extended Dreamliners next year. While the dash 10 also has room to seat over 330 passengers, this aircraft has limited range compared to the A350-1000 and 777X.

The Waterside, Harmondsworth-based carrier is also considering taking several secondhand A380s due to the aircraft’s capacity. This scenario, however, is not as likely as a future 777X or A350-1000 order when fuel burn and operating costs are considered. Time will tell if Boeing’s latest version of the Triple Seven is the right fit for British Airways as the carrier continues to look for additional widebody planes for its fleet.