Logo Lineage Part 1: Connecting to Tourism in the Americas

We start in the Americas with the idea of creating a brand that promotes tourism and uniform branding with an airline’s local environment through means of a shared logo with other branches of the local region or government. The branding practice has taken off in various American countries with Cayman Airways, Bahamasair and Peruvian Airlines using logos from their respective tourism departments.

The first carrier in the Americas to adopt the strategy of aligning its logo with its home country was Cayman Airways, whose logo of Sir Turtle has longstanding ties with the local islands.

Sir Turtle was created by Suzy Soto in the 1970s for the local Tortugas Club in the Cayman Islands and would feature various types of Sir Turtle attire for the vacation club’s various branches. By incorporating both the turtle and pirate histories of the Cayman Islands into the design, the logo became a hit and the government requested to use the design for its promotions of the islands in both the transportation and tourism departments. 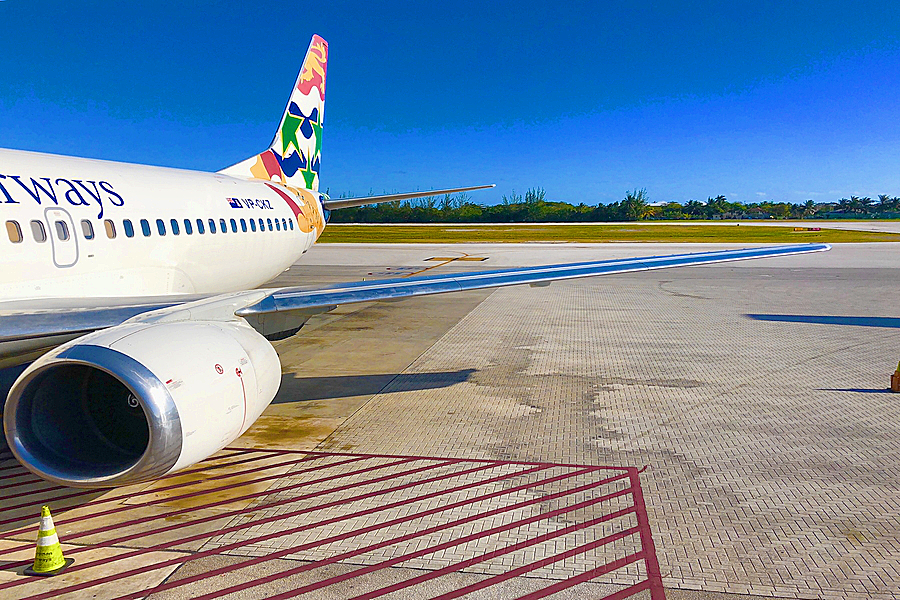 Soto agreed to sell the logo for $1 to the government and Cayman Airways’ mascot became a slightly altered design of the peg-legged turtle with him now wearing a scarf blowing in the breeze. The government would begin using Sir Turtle as part of the airline’s marketing in the 1970s and would appear on the tail of its Boeing 737 fleet and propeller aircraft beginning in the 1980s.

Eventually, Cayman would change up its livery but Sir Turtle would remain on the aircraft as he transitioned from the tail to the forward fuselage in favor of making the tail the crest of the Cayman Islands. Although he took a downsizing in the current livery, Cayman still uses Sir Turtle in almost all of its marketing and even has its rewards program named after him.

In 2017, the Government of the Cayman Islands reworked its trademark law to exclude Europeans who attempted to use the island nation as a way to bypass European laws. As a result, Cayman Airways’ Sir Turtle received the honor of being the first trademarked logo under the new rule.

Following Cayman Airways’ lead, Bahamasair would adopt the Islands of the Bahamas logo that the tourism board had used in order to bring the national flag carrier and the tourism department closer together.

Bahamasair would start replacing the aquamarine blue and yellow livery on its Boeing 737-200s and Bombardier Dash 8s and branding with the white-dominated fuselage aircraft and a new multicolored logo. The new logo would also replace the flag of the Bahamas on the tail and remove the previous use of the Bahamian colors in favor of a brighter shade of blue and orange. 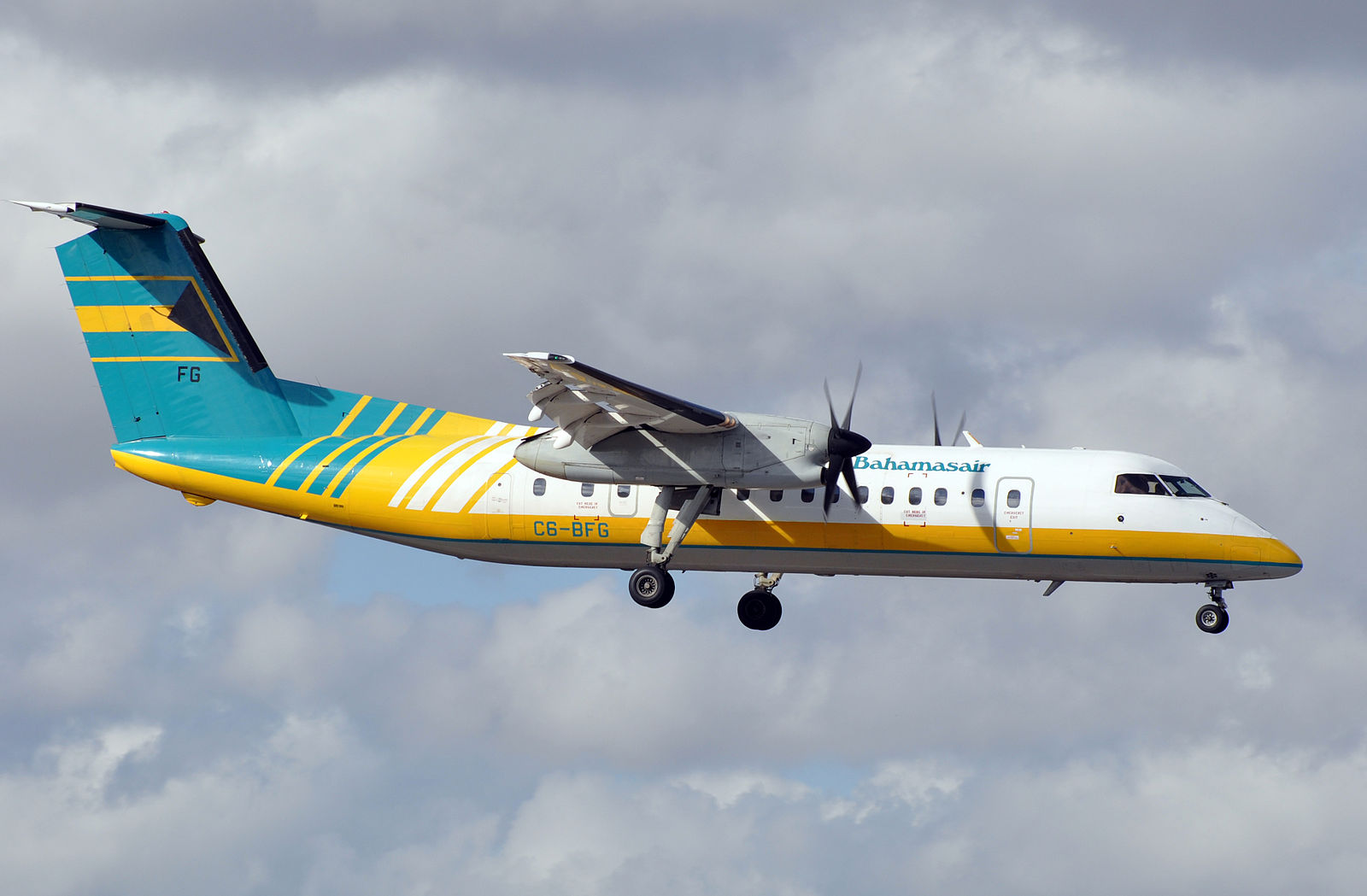 This color-coded branding had taken off with some islands, especially those like Paradise Island which bears the color red, Grand Bahamas Island in orange and the Outer Islands of the Bahamas in various shades of blue.

Although individual islands have made their color-coded island stand out in individual branding, Bahamasair uses the standard logo since it services all major islands in the country. The livery has withstood the fleet conversion over the past few years as Bahamasair has brought in newer Boeing 737-500s, Boeing 737-700s, ATR-42s and ATR-72s to take the place of its previous fleet.

South of the equator, Peruvian Airlines has also taken steps to link the airline and national government together even though the airline is not the national flag carrier of the South American country. Peruvian had previously used a gold and red bird in-flight as its logo, but as the airline was looking to rebrand and put its questionable past behind them, Peruvian turned to the new tourism brand’s logo for use. 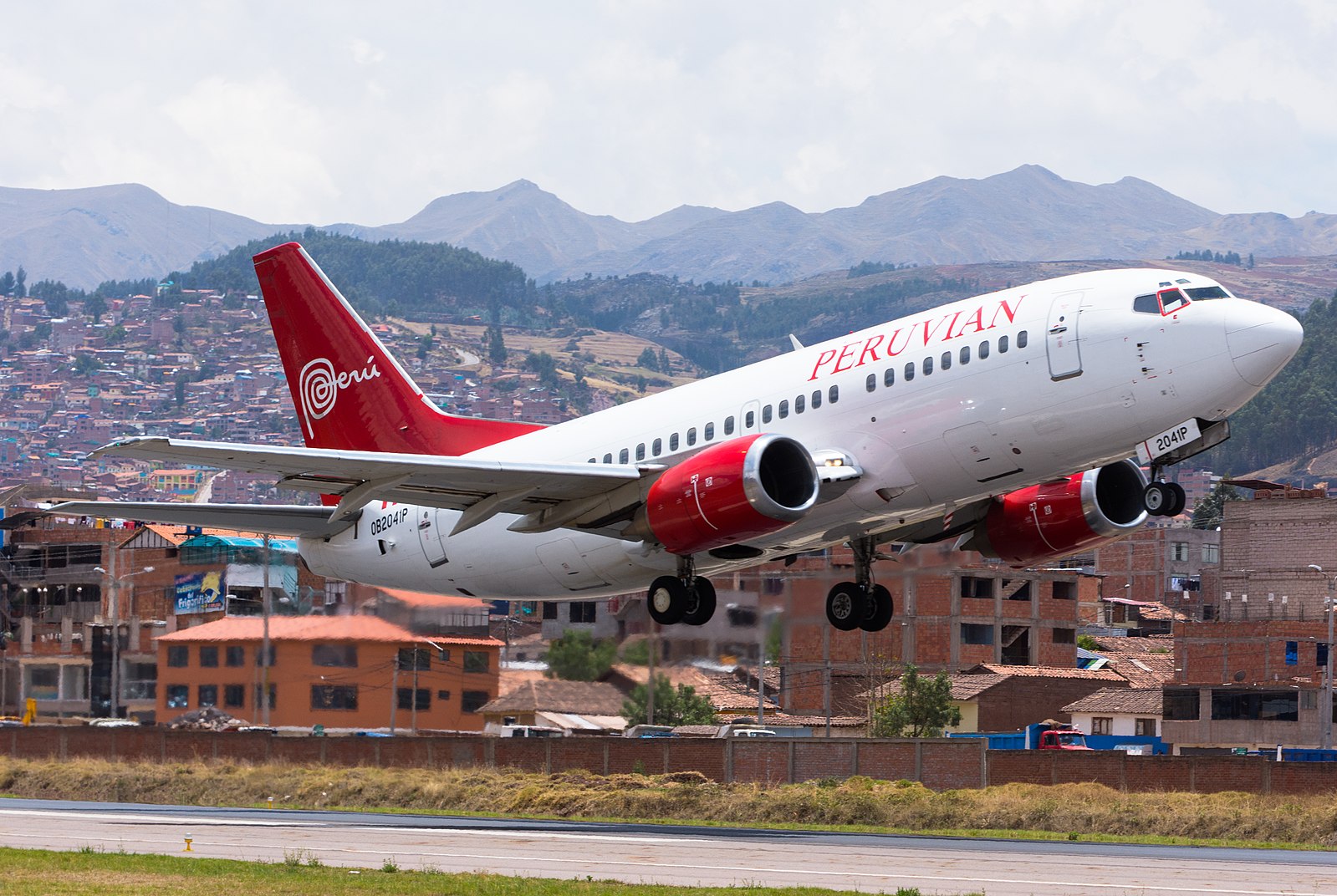 The Peru logo, created by FutureBrand, pulls from the local culture of Peru and features a stylized ‘P’ to pay homage to the Nazca Lines in the country. According to FutureBrand, ‘The spiral used to write the country’s name evokes past civilizations and at the same time projects the country to the future. From that gesture, a comprehensive visual system is born and works fluently in all supports, including a specially developed type font.”

Currently, Peruvian only uses the logo on the tails of its Boeing 737 fleet and does not include the logo in any marketing that is specifically done by the airline. Peruvian has retired the older logo and has also phased out the gold from their livery with the airline’s current colors being the red tail with the Peruvian tourism logo and an all-white fuselage.