Fiji Airways announced that it will acquire two brand new Airbus A350-900 XWBs during a joint press conference held in Nadi with the carrier’s largest shareholder, the Fijian government. Upon delivery of the type, Fiji’s flag carrier will be the first airline in the South Pacific to operate aircraft as it aims to expand its widebody fleet.

Dubai Aerospace Enterprise Capital will lease the next-generation aircraft to Fiji Airways, which currently operates an all-Airbus widebody fleet. The first of two is expected to be delivered in November 2019 and the second the following month. While the backlog for the A350 currently exceeds 600 aircraft, Fiji Airways and DAE were able to secure the production slots of two Hong Kong Airlines aircraft scheduled for delivery in the fourth quarter because the airline is in the process of downsizing its fleet as it experiences financial uncertainty.

Andre Viljoen, Fiji Airways Managing Director & CEO, said: “We are extremely pleased with this selection and proud of the confirmed arrangements with DAE Capital as the lessor, and Rolls-Royce as the engine supplier. Our teams are currently customizing the aircraft to our specifications, including our world-renowned livery and designs which proudly represent the people of Fiji.

Onboard the A350, passengers can expect a major upgrade in the premium cabin. The airline has chosen the fully lie-flat B/E Aerospace Super Diamond seat for its 33-seat business class cabin. This is the same seat that WestJet recently debuted on its 787-9 Dreamliner in the carrier’s first-ever business class. Currently, Fiji Airways offers 24 angled lie-flat seats in a 2-2-2 configuration onboard its A330 widebody fleet.

WestJet’s B/E Aerospace Super Diamond seat which is the same chosen by Fiji Airways for its A350s. Fiji Airways will customize the seat with its own colors, finishes and other specifications. (Photo: AirlineGeeks | Mateen Kontoravdis)

The airline is also improving its offering for passengers in economy, with the cabin featuring 301 Recaro CL3710 seats, the same used by Singapore Airlines in its retrofitted Airbus A380 fleet. The AVANT in-flight entertainment system from THALES and WiFi connectivity will also be available onboard. The carrier has opted not to add a premium economy cabin on its new A350s.

The addition of the A350 fleet will add to the airline’s current widebody fleet which consists of six Airbus A330s. Two of the six were added to the fleet in 2018 for additional temporary capacity as the airline sought a permanent solution. Since then, Fiji Airways has decided to keep the two A330s it acquired last year.

Passengers can expect the new aircraft to initially serve Los Angeles or San Francisco in the U.S. and several destinations in Australia. In the future, the carrier may use the new aircraft and its longer range to add new destinations to its route network. South Pacific carriers, including Air Tahiti Nui, have long hinted at nonstop connections to Europe, which may be possible with specially configured Airbus A350s similar to the ones used by Singapore Airlines on its Singapore-Newark route.

“We are truly proud to see Fiji Airways’ eye-catching livery on our A350 XWB which will make it the launch carrier from the South Pacific region. We also congratulate DAE Capital on becoming the newest Airbus customer to recognize the A350 – the only new high capacity intercontinental aircraft in the world – hardly surprising as its fuel efficiency, sustainability and passenger comfort are simply unmatched,” said Christian Scherer, Airbus Chief Commercial Officer.

While Fiji Airways celebrates the expanded widebody fleet, it is simultaneously dealing with a headache with its short-haul aircraft. The airline recently had to lease two Miami Air Boeing 737-800s after its newly-delivered two-aircraft 737 MAX 8 fleet was grounded in March. The airline made the decision to lease these planes to minimize any disruption to the carrier’s summer peak period as it is uncertain when the 737 MAX will be cleared to return to the skies. 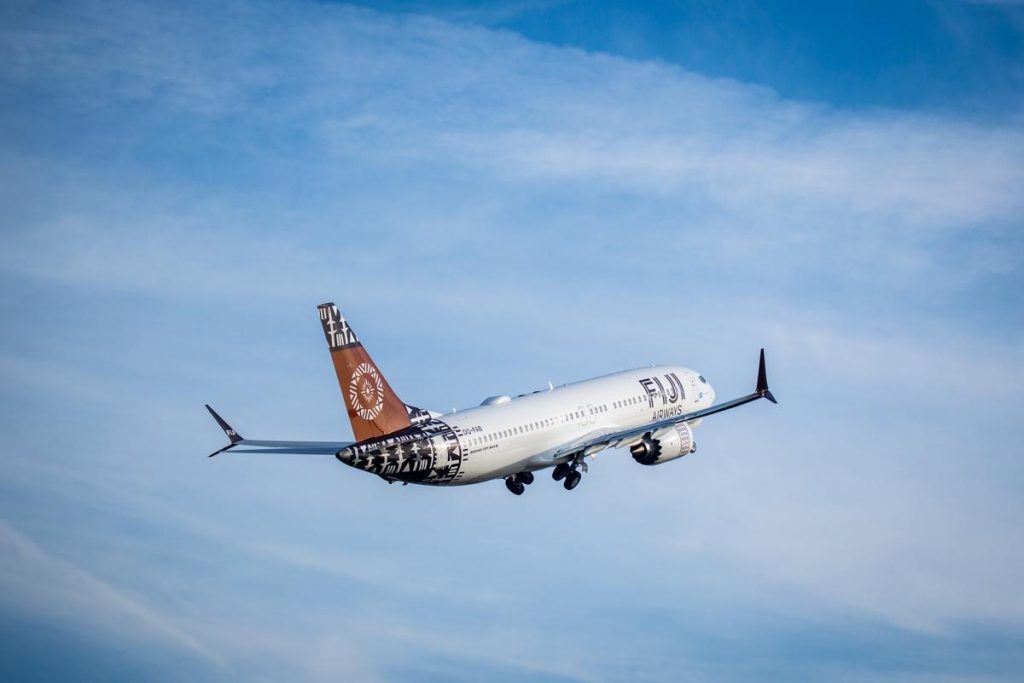 It’s unknown how the grounding played into the airline’s decision to acquire the Airbus A350 XWB instead of the Boeing 787 Dreamliner as other Oceania carriers have opted to do.