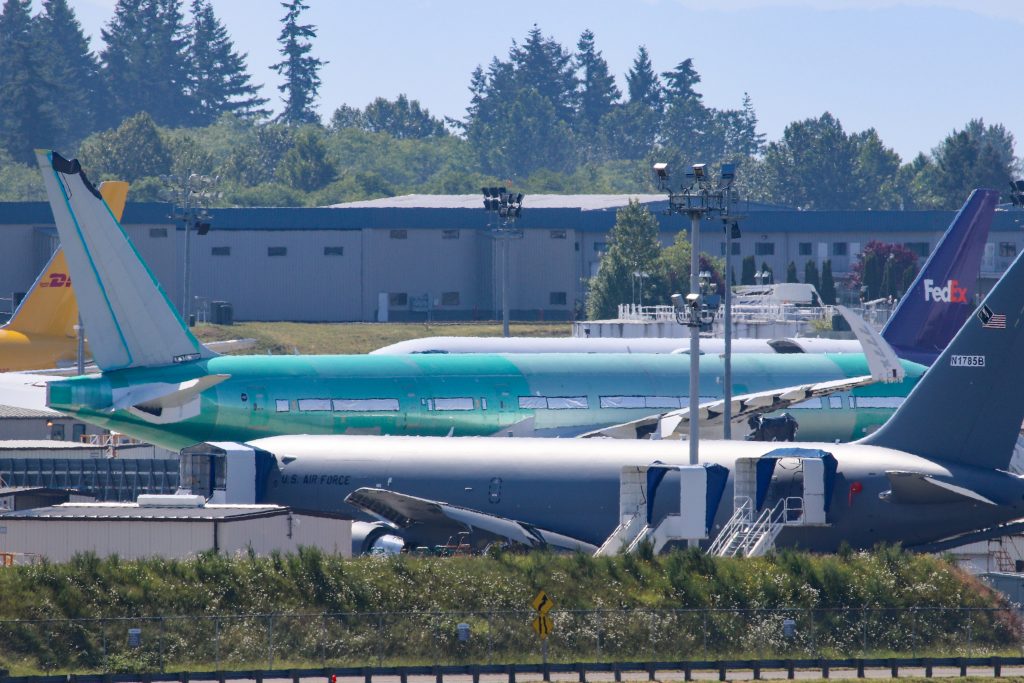 The aircraft spotting marks the second development in the Boeing 777-9X program in as many weeks. On May 29, the first 777-9 test vehicle, test frame WH001 to be registered as N779XW, had its initial engine run producing the first startup smoke clouds of the aircraft type. 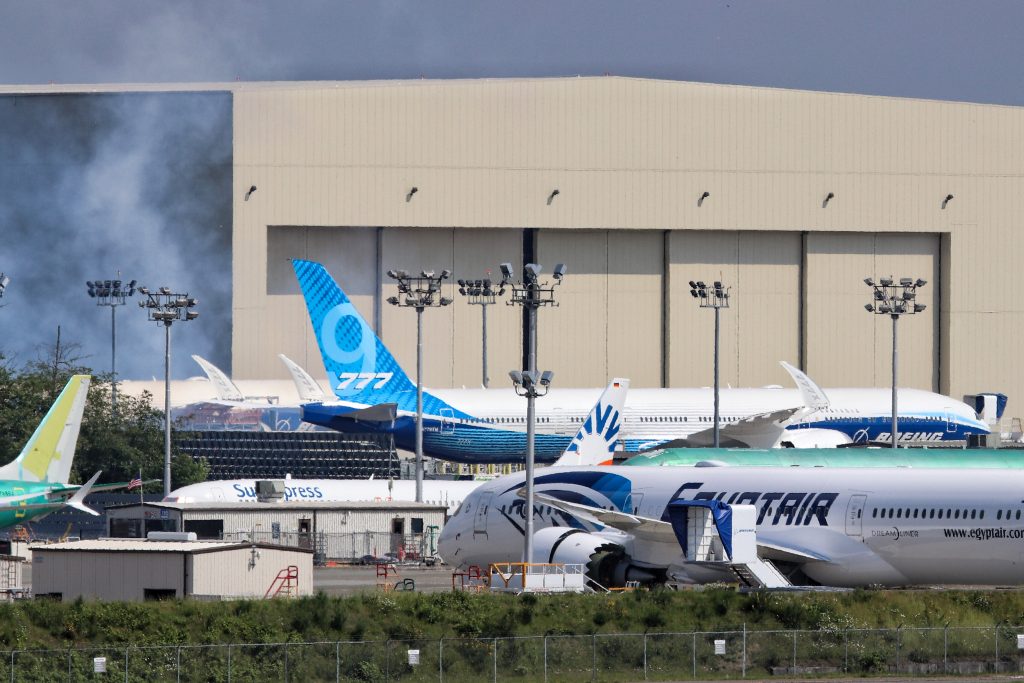 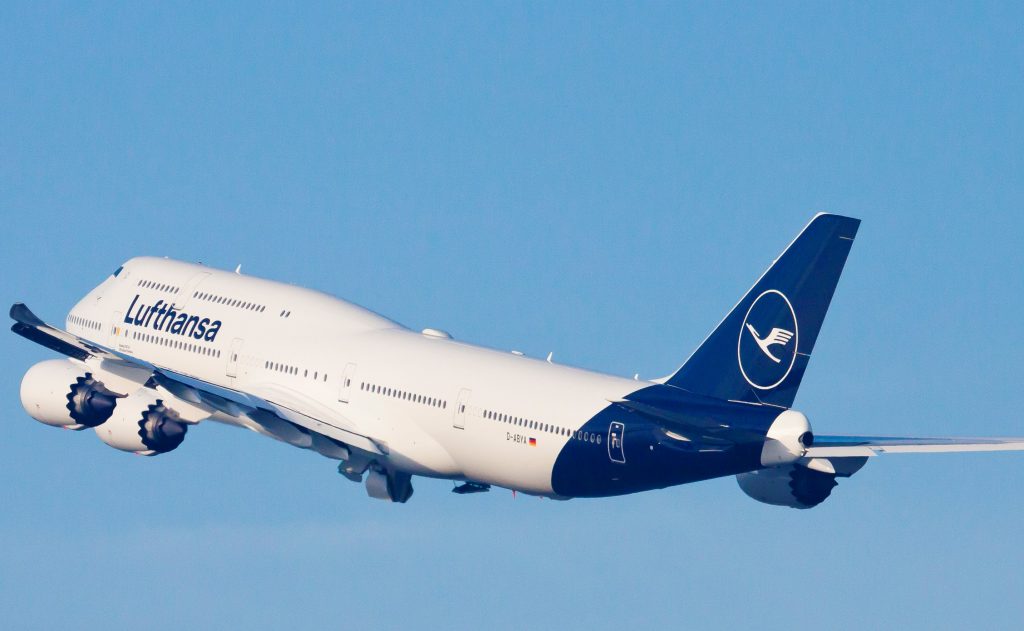 A Lufthansa Boeing 747-8i in its new colors. (Photo: AirlineGeeks | Fabian Behr)

The German flag carrier will introduce its new business class offering on the 777-9X, which was announced in late 2017 and pre-emptively won the airline a Skytrax 5-star rating. Lufthansa’s first 777-9X, expected to be assigned registration N779XY during its test flights, is likely to join its fleet sometime in summer 2020. 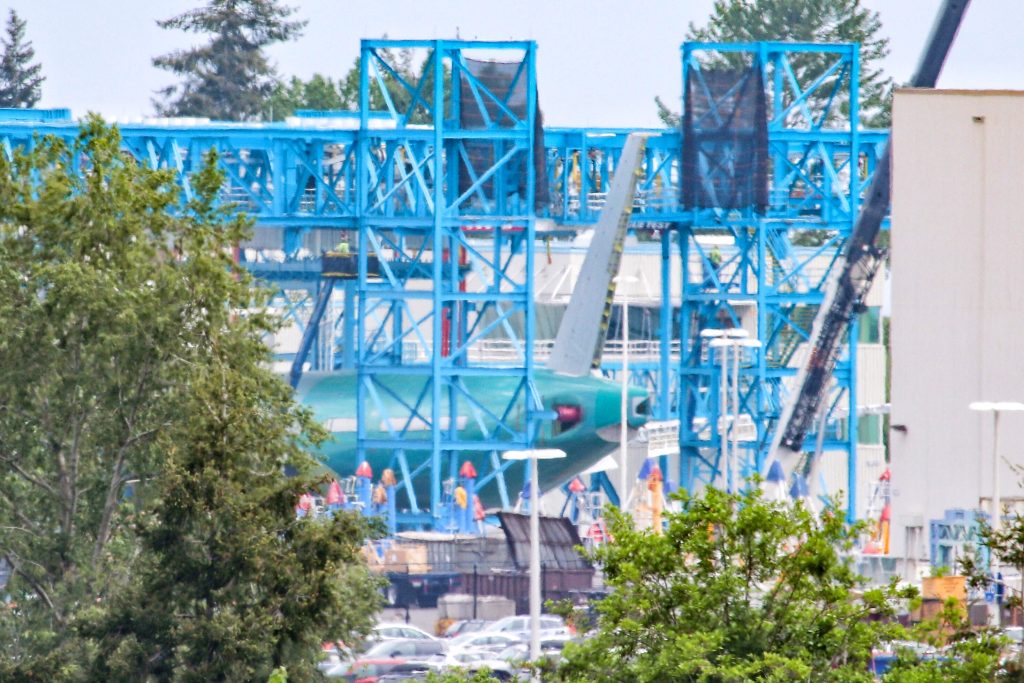 With 20 777-9x aircraft currently on order, Lufthansa will use the next-generation aircraft to replace its aging 13 747-400s, primarily used on intercontinental routes. The aircraft will be based in Frankfurt, Lufthansa’s main hub, according to the carrier’s social media outlets.

Originally entering service in 1995, the 777 is the world’s largest twin-engine jet aircraft and is regularly operated on many long-haul routes across the globe. Announced in November 2013, the 777x program is a major upgrade to the current 777, set to include two variants, the 777-8 and the larger 777-9.

The 777x family combines the capacity and range of the 777 family with the innovative new technologies found in the Boeing 787 Dreamliner as 777x passengers will enjoy larger windows like those found on the Dreamliner, a wider cabin, decreased cabin altitude and increased cabin humidity. The 777x’s innovative folding wingtips will also ease ramp and gate operations.

Boasting improved aerodynamics, the wings of the 777X will have the largest lift over drag ratio of any wing previously built by Boeing. The 777x family will also pioneer the use of touchscreen technology on the flight deck. Already popular amongst the world’s largest carriers, other 777x customers include All Nippon Airways, Cathay Pacific, Emirates, Etihad Airways, Qatar Airways and Singapore Airlines.

Jordan joined the AG team in 2018 after attending AAviationDay in Philadelphia.He is actively pursuing his private pilot certificate and has been an aviation enthusiast since childhood.An attorney by trade, Jordan jokingly refers to himself as a “recovering litigator” and now focuses on subcontracts management.

Jordan joined the AG team in 2018 after attending AAviationDay in Philadelphia.He is actively pursuing his private pilot certificate and has been an aviation enthusiast since childhood.An attorney by trade, Jordan jokingly refers to himself as a “recovering litigator” and now focuses on subcontracts management.

On Tuesday, American Airlines began its first Boeing 787 Dreamliner routes out of its Philadelphia hub to the cities of…

After closing one of the worst years in its history, Boeing Corporation is not starting this 2020 under the best…

Lufthansa is now flying its flagship Airbus A380-800s on its route between Munich and Shanghai's Pudong Airport as of Jan.…