A Qatar Airways A350-1000 at the gate at Houston Bush Intercontinental Airport. (Photo: AirlineGeeks | Mateen Kontoravdis)

This past March marked the 10th anniversary of Qatar Airways’ Doha-Houston route. The Middle Eastern carrier first commenced service to the Energy Capital of the World in March 2009, only its third route to the U.S. at the time.

Qatar Airways launched the route to Houston during a time of rapid expansion for both the airline and city it would be serving. Just the year prior, the airline launched some of its longest flights at the time with new routes to New York and Washington.

While the Doha-based carrier was expanding in the Middle East, Houston’s George Bush Intercontinental Airport was experiencing its own expansion with foreign carriers rapidly bringing in new service. Emirates began flying to Houston the year prior from Dubai and quickly saw success on the route, upgrading the flight to daily service in early 2009. Singapore Airlines also announced a new one-stop service to Singapore via Moscow in 2009, now served via Manchester.

Qatar Airways began daily service to Houston utilizing the Boeing 777-200LR, its largest Boeing widebody at the time. When it launched, the route was the longest in the airline’s network. Five years later, the airline commenced flights to Dallas, as well, the carrier’s second destination in oil-rich Texas. Now, the airline serves 10 destinations in the U.S.

“At the time, obviously being a Middle Eastern carrier, there was a big focus on the oil and gas industry,” said Eric Odone, Qatar Airways Senior Vice President of the Americas. “Gradually the route has evolved a lot as the region has as well. Houston is not just about oil and gas anymore, it has got a big tech industry as well [and] t’s incredibly multicultural.”

The flight initially saw a lot of traffic connecting to the Indian continent and Pakistan. Most recently, the airline has noticed an uptick in traffic to Southeast Asia, South Africa and Lebanon.

“It’s what I would call well-balanced traffic,” Odone said.

Just in time for the 10-year anniversary, Qatar Airways recently carried its one-millionth passenger on the Houston to Doha route.

The airline’s network has been expanding in Doha and this, in turn, has created new opportunities for Houston passengers according to Odone.

“The beauty is that as our network grows from Doha. For example, last year we opened Da Nang, Vietnam, and there is a big Vietnamese community in Houston. So it was actually a new destination for the people of Houston. So we have a big focus on adding more destinations.”

Qatar Airways is even considering expanding into secondary U.S. cities, a common trend among European carriers over the past five years, though the airline did not name any specific cities that it is currently eyeing.

Las Vegas was long-expected to be a destination for the Persian Gulf carrier, but the airline closed reservations for the new route before even commencing flights in early 2018, stating that the service would start later that year. The airline also revealed plans to fly to San Francisco in 2017, but no firm start date has been announced. 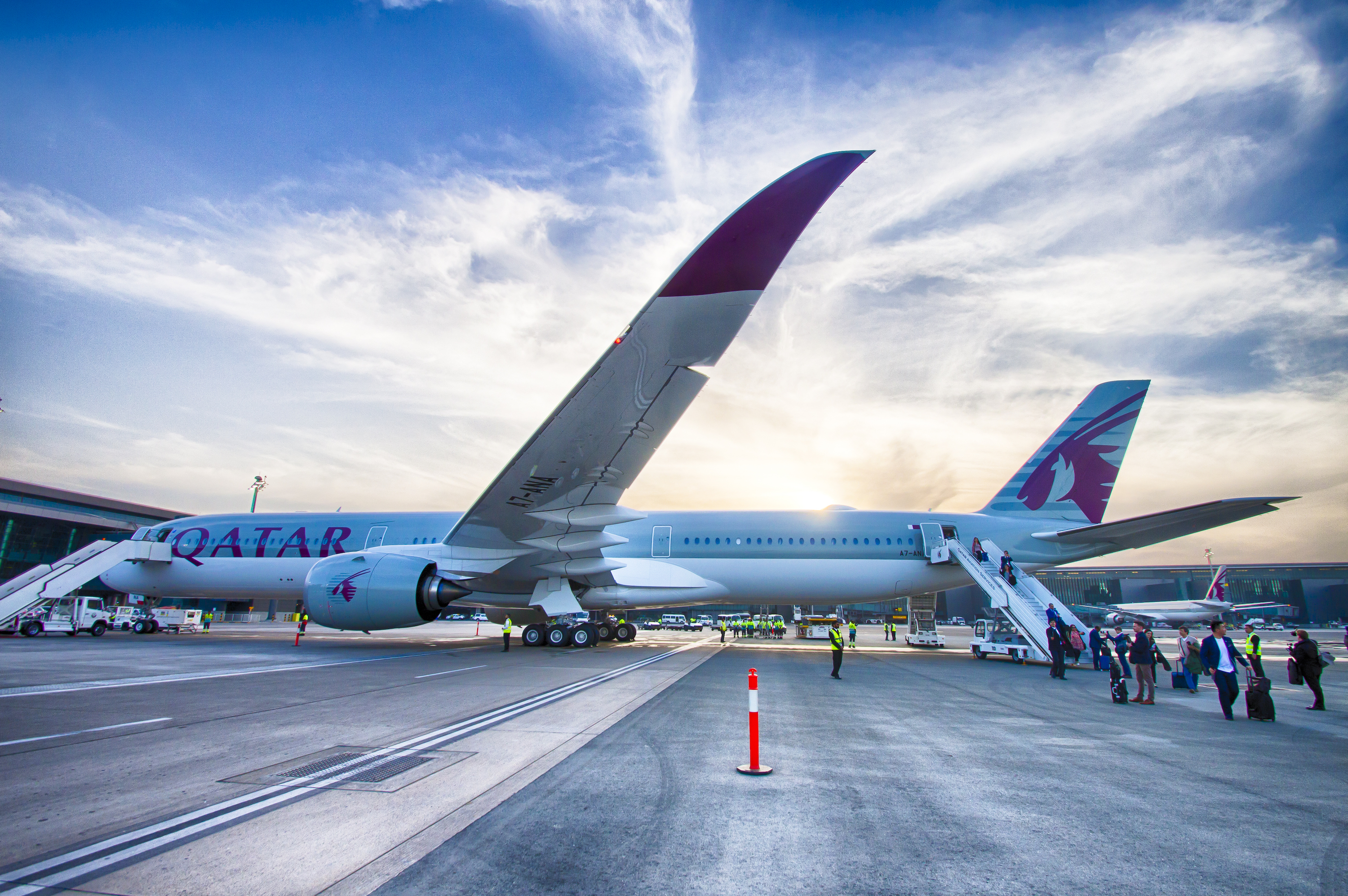 The first Qatar Airways A350-1000 in Doha after the delivery flight from Toulouse. (Photo: AirlineGeeks | Fabian Behr)

While the 2017 blockade of Qatar had a major impact on the airline’s operations, Odone said that it had minimal impact on the Houston route. At worst, it made some flight times slightly longer on its U.S. routes.

For now, the airline’s main goal is rolling out the new Qsuite product network-wide. The airline recently had to delay the delivery of its new Boeing 787-9 Dreamliner product as it designed a version of the Qsuite that would fit onboard the plane.

On June 2, Texas received the “A350 Upgrade” when Qatar Airways swapped the 777s serving Houston and Dallas to the new Airbus A350-1000 XWB, an exciting upgrade for both cities. Houston first began receiving the Qsuites in 2018 and now regularly receives the product thanks to the daily A350 service. Eight out of 10 U.S. destinations are now served with Qsuite-equipped aircraft. 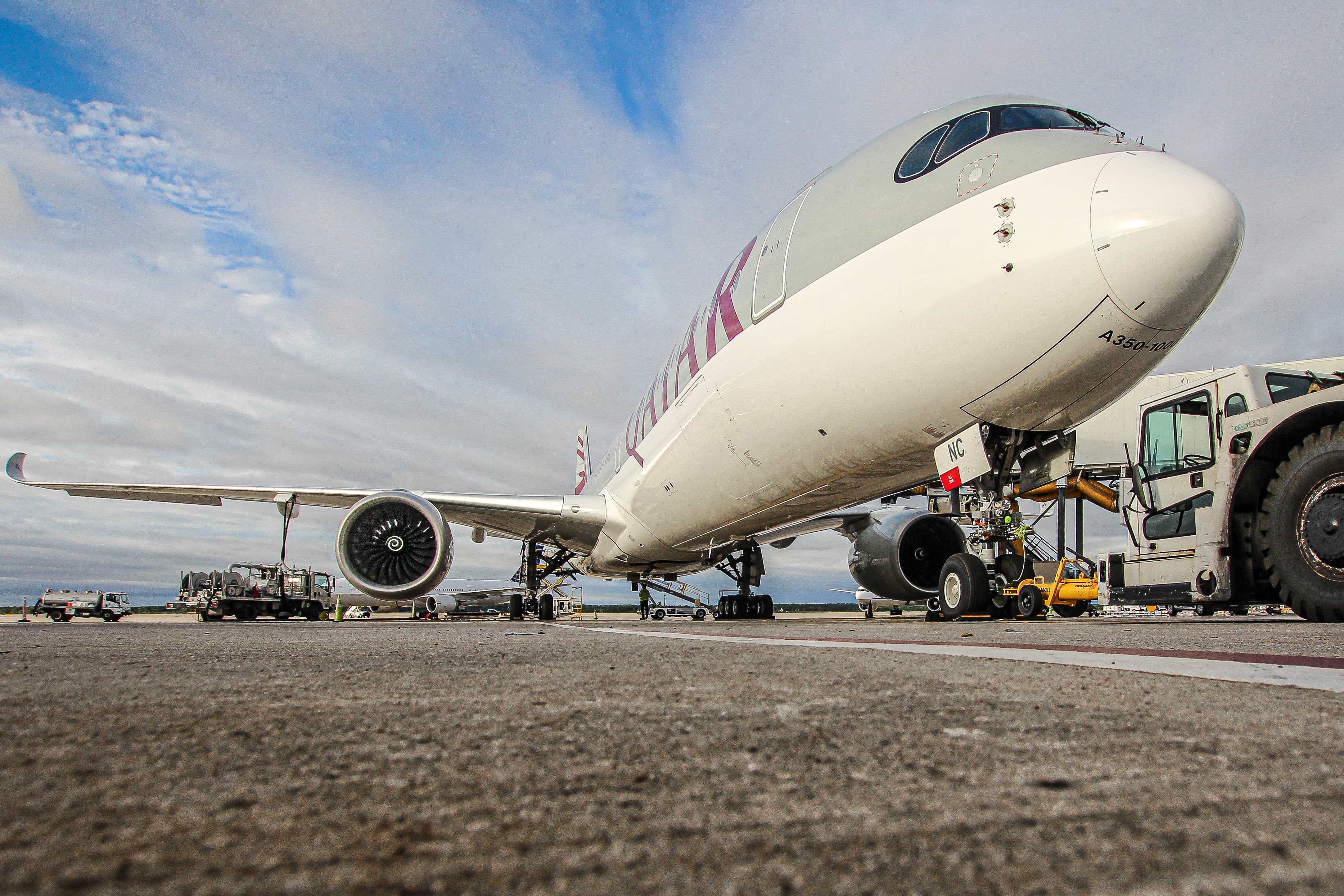 Up close with a Qatar Airways A350-100 in Houston. (Photo: AirlineGeeks | Mateen Kontoravdis)

Referring to the Houston route specifically, Odone said: “We’ve seen a big increase in passengers in general, whether it’s from the new aircraft or not, I can’t tell.” 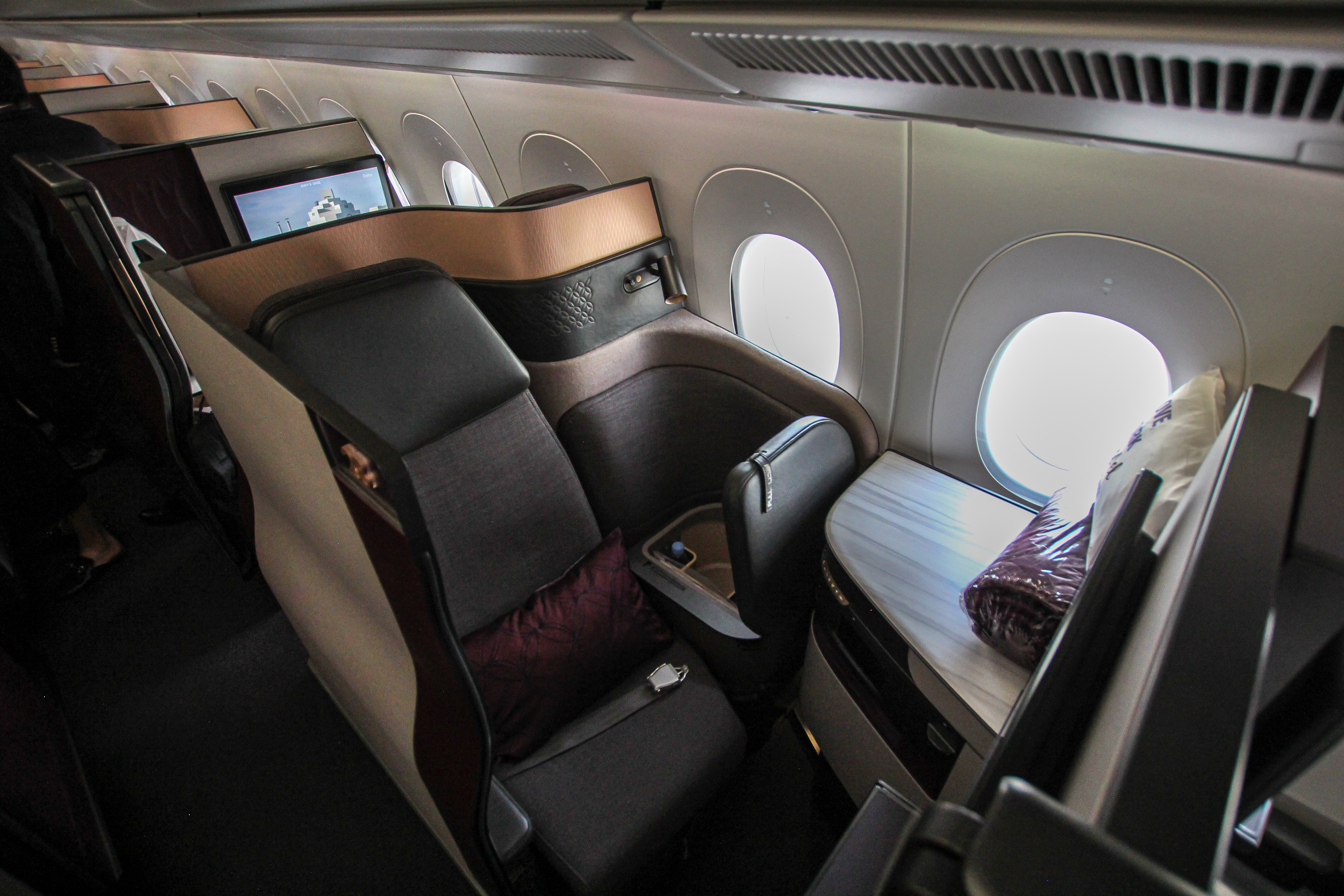 On Oct. 11, the airline celebrated with passengers in Houston, giving guests celebratory cookies as they boarded the aircraft. Odone was joined by multiple other Qatar Airways employees who had traveled from the airline’s New York and Doha office to celebrate the Houston anniversary. 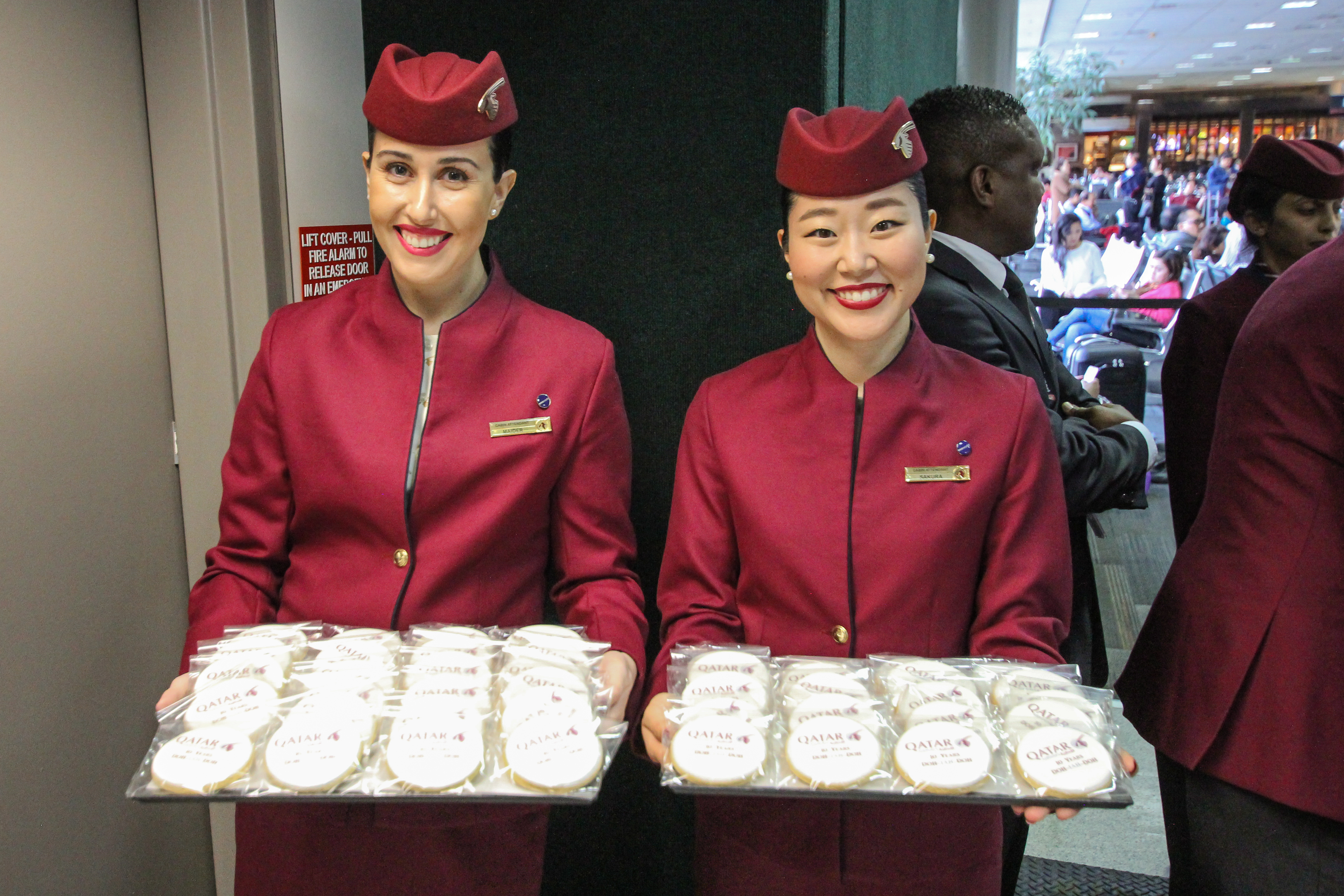 “We’ve been flying [here] for ten years and we have been incredibly successful.”