This Thursday, Porto Alegre planespotters could celebrate for the first time in months. The southernmost capital in Brazil received the first scheduled passengers 757 operation in the city since the VARIG years. However, if the aircraft is already considered “odd” in an era where MAXs and neos are each day more common, the route was even odder; a thrice-weekly operation to Ilha do Sal, in Cabo Verde, an African archipelago, operated by Cabo Verde Airlines.

It was the third and last route Cabo Verde Airlines started this week, after arriving in Washington D.C. on Sunday and arriving in Lagos the following day. This effectively starts up its hub in Ilha do Sal, as reported by AirlineGeeks in June. The airline wants to benefit from Cape Verde’s privileged location, right between the Americas, Africa and Europe, to create powerful connection options.

This new mindset of the airline was brought to Cape Verde by Loftleiðir Cabo Verde, a holding composed partly by Loftleiðir Icelandic, a company of the Icelandair Group, partly by a group of Icelandic investors. They bought Cabo Verde Airlines — then called TACV — upon the privatization of the company by the Cape Verdean government in March this year, after some time managing the airline by request of the government itself.

They want to emulate the Icelandair model, which transformed  Iceland, a small country in the middle of the Atlantic Ocean, into a major gateway. That’s exactly what Mário Chaves, Cabo Verde Airlines’ Deputy CEO, stated in a speech at Porto Alegre Airport.

“This is an ambitious project, Cape Verde is a small country. Besides being on Cabo Verde Airlines I belong to a group, which is Icelandair, from an even smaller country. [Iceland] has 300,000 inhabitants but has a really strong hub. And it is this role model that we are bringing to Cape Verde, and this is what we want to turn Cape Verde into,” said the executive. 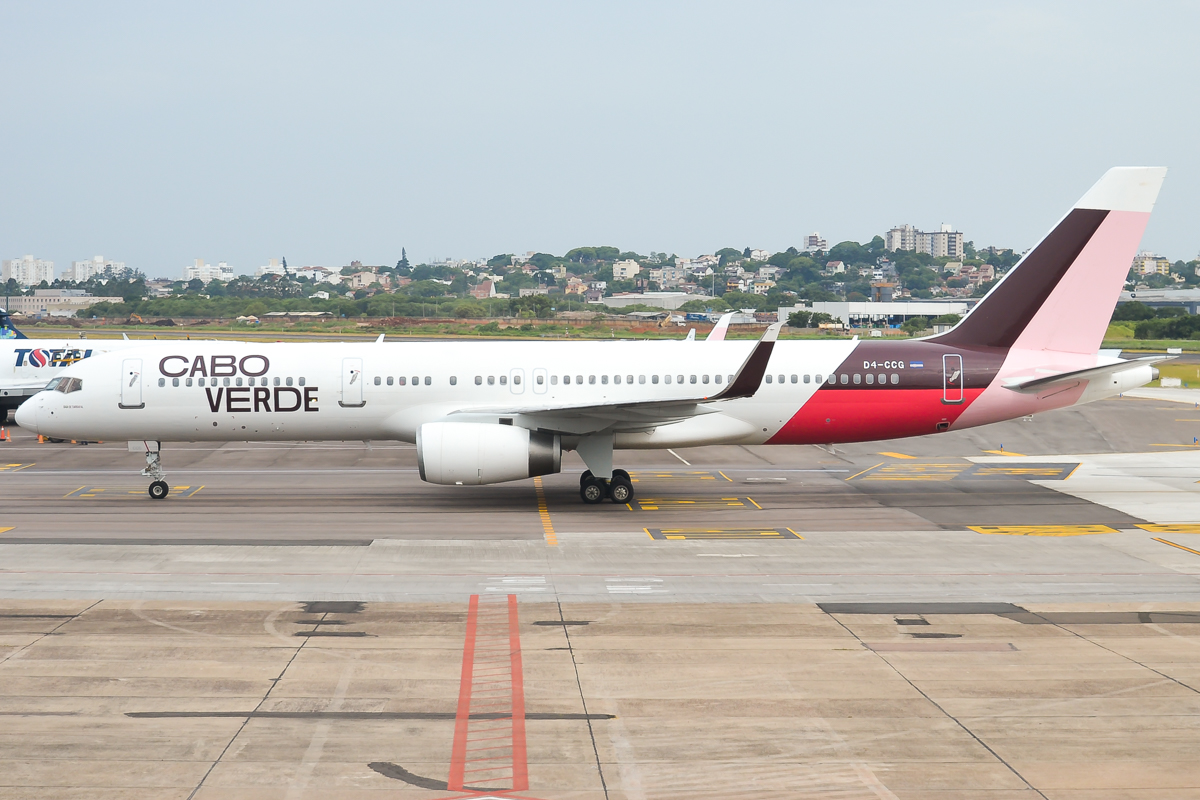 In Porto Alegre, the airline is mostly aiming at the budget travelers, offering very aggressive prices when compared to its biggest competitor  TAP, which has three weekly flights to Lisbon. Porto Alegre passengers will be able reach Lisbon, Milan, Paris, Rome and Washington, and with a longer layover they can get to Dakar and Lagos in Africa as well. Passengers from other destinations in Brazil will have generally the same options.

This strong South-North budget traveling stream can be clearly seen by the first flight’s load factor. While the first operation from Ilha do Sal brought merely 28 passengers, the first flight from Porto Alegre took 105 passengers to the Sal hub. According to the airline, their 757-200 has a capacity of 182 seats with 22 in Comfort class and 160 in Economy, and while it’s struggling to sell the Comfort class, it is offering very competitive deals even for last-minute trips.

Meanwhile, passengers leaving the Northern Hemisphere will be able to reach three cities from the Brazilian Northeast, which is popular among European travelers: Fortaleza, Recife and Salvador. Porto Alegre will also be an option, while Dakar and Lagos will be the African options. 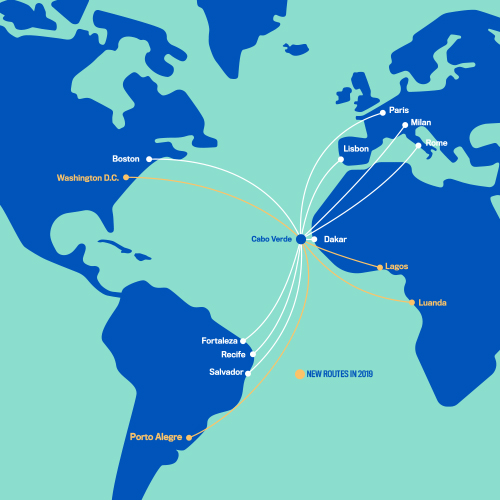 In an attempt to boost the Cape Verdean tourism, the inter-island services were restarted by the airline in August, in an attempt to connect the other islands to the hub. Praia, São Filipe and São Vicente cities are now connected to Sal, with flights operated by a wet-leased ATR 42-300 belonging to Portuguese carrier LeaseFly.

Another effort to grow the touristic attractiveness of the archipelago the airline is offering the “Cabo Verde Stopover” program, which will allow passengers to stay up to seven days in the country with no additional fee.

Finally, the airline intends to keep growing at a sustainable pace. It expects to end the year with six 757-200s. In 2023, it plans to have 12 of these, and until there, to add two destinations per year. Cities which the airline has already stated are currently planned include Porto in Portugal, São Paulo and Toronto.

The most urgent problem Cabo Verde Airlines must address now, however, is its operational reliability. The company is facing a high number of delays and cancellations. The reason is two 757s were ready to start up the new network, but did not receive the national authorities certifications in time; they are still waiting on the ramp in Sal. Even wet-leasing a 737-300 from Romanian Cobrex Trans was not enough to avoid these situations.

This created a very compelling situation for the airline. The inaugural flight to Porto Alegre arrived astonishing 11 hours late due to the lack of aircraft. To make things worse, the return flight, which was carrying journalists and guests returning from the inaugural flight, made an unplanned stop in Fortaleza so the airline could make two flights using a single aircraft.

If these major issues are solved, the airline certainly has a unique opportunity in its hands; it even expects to break even next year. Counting on Icelandair’s huge know-how, it is not unreal that this forecast comes true. Most importantly, the location of Cape Verde is an unique asset. As Mário Chaves stated at the Porto Alegre route inauguration event, “it’s a blessing to have a piece of land planted on the ocean.”