TAP Air Portugal was the first airline to operate a flight with the Airbus A330neo to Peru to repatriate Portuguese citizens. (Photo: AirlineGeeks | William Derrickson)

Over the last week, governments across the world have been under increased pressure to repatriate their citizens back home as rising travel restrictions around the CODIV-19 global pandemic have been making travel hard for many citizens needing to find a way home. The South American country of Peru has made it to the avgeek feed in the last few days, as it has been receiving airlines and aircraft that don’t operate to the airport regularly as part of governmental repatriation missions. This article aims to dig in into some of the more unusual movements the airport has been seeing during these times.

Unlike countries and regions such as the U.S., Canada, Japan, the Schengen area, or Chile who have temporarily prohibited non-citizens or permanent residents coming either from infection focus points or anywhere in the world; Peru suspended commercial flight operations altogether on March 16. With the emergency measure applied with very limited notice, thousands of travelers were stranded across the country, with no other way of leaving other than onboard government coordinated repatriation flights. In this way, the country has seen an interesting mix of airlines fly over the last couple of weeks as part of government missions to bring their citizens back home.

Perhaps the most surprising mission was the first. Israel flew four EL AL Boeing 787-9s simultaneously on Wednesday March 18 to repatriate more than 1,000 Israeli citizens from Peru. The roundtrip was done in 43 hours, covering almost 8,000 miles each way. The aircraft flew back to Tel Aviv on the same afternoon, after a short turnaround in Lima, as they carried two sets of pilots to avoid having to layover before flying back. 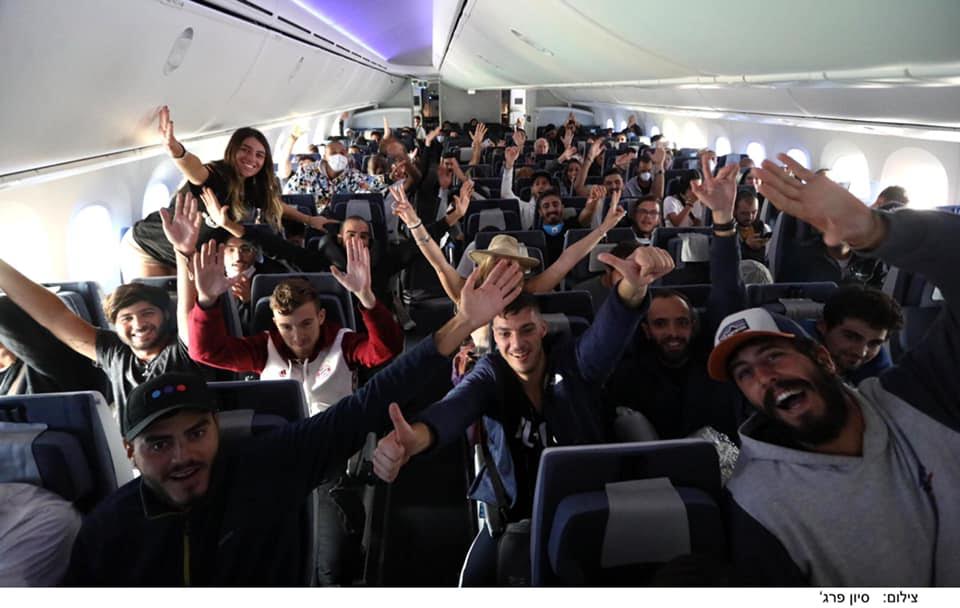 The U.S has also repatriated thousands of travelers in Peru as well as helped the Peruvian government with the repatriation of Peruvians from the United States. United has operated five Boeing 777-200 flights from March 20, triangulating from Houston and flying back to Washington Dulles. United does regularly operate to Peru, with daily flights from Houston and Newark operated by Boeing 767-300s and Boeing 757-200s respectively. However, the presence of one of its larger triple sevens is a novelty. 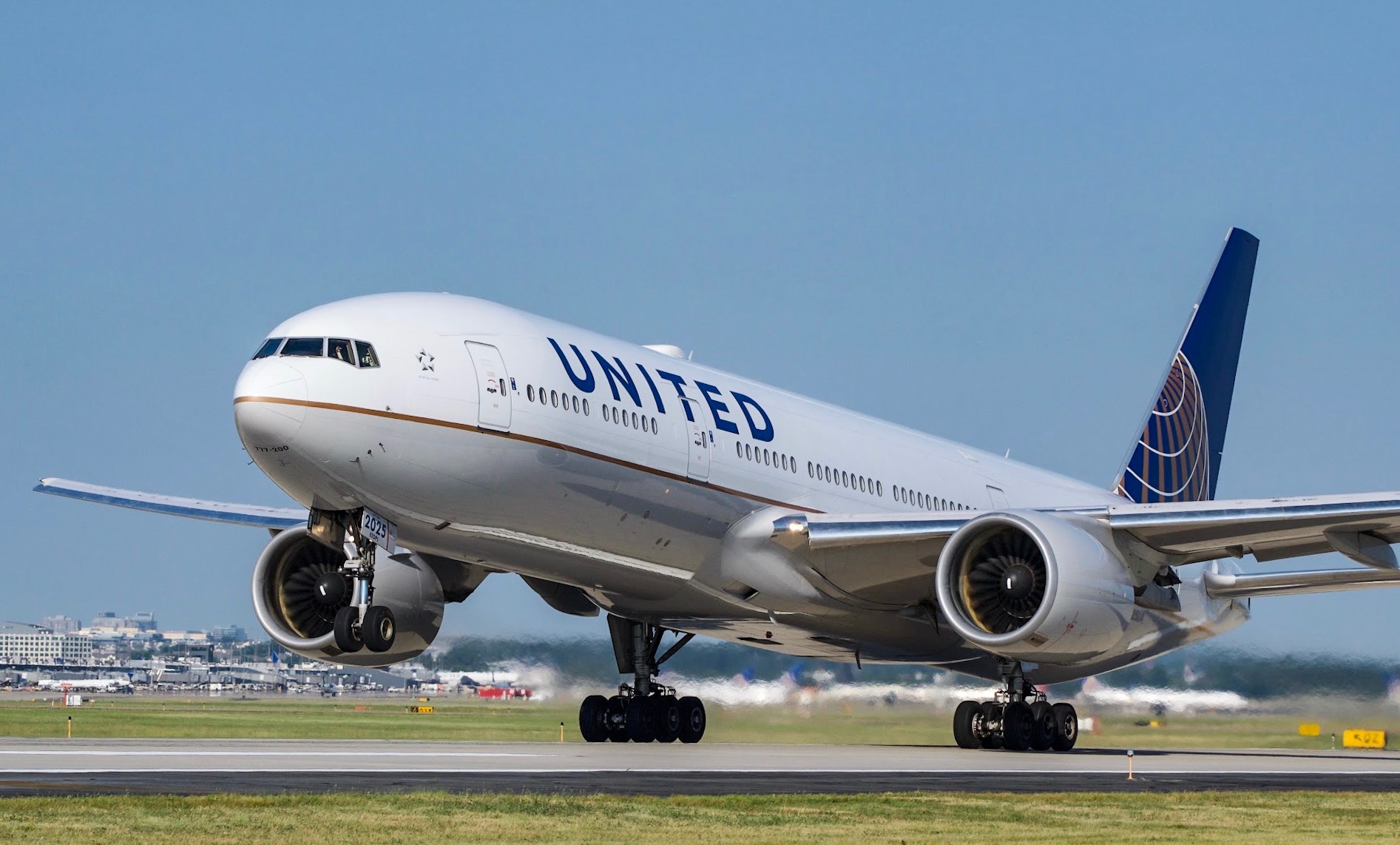 American Airlines has also been operating repatriation flights from Miami with an equipment regularly used by the airline. However, the Fort Worth-based carrier did fly its last ever regularly scheduled 767 flight back from Lima on March 30 as the airline speeds up the retirement of its older types as it maintains capacity at a minimum.

There have also been a handful of repatriation missions from across the pond coordinated by Spain, Portugal, France, Ireland, the U.K., Poland, Switzerland, Austria and The Netherlands. While the airport receives regular operations from Iberia, Air Europa, KLM, Air France and seasonal British Airways services, Lima saw some unusual European figures over the last few days.

Lufthansa operated two Boeing 747-400 flights from Frankfurt on March 26 and 27 to repatriate German citizens. This is not the first time the German flag carrier landed in Lima, as the airline operated regular flights from its home in Frankfurt until 2002. 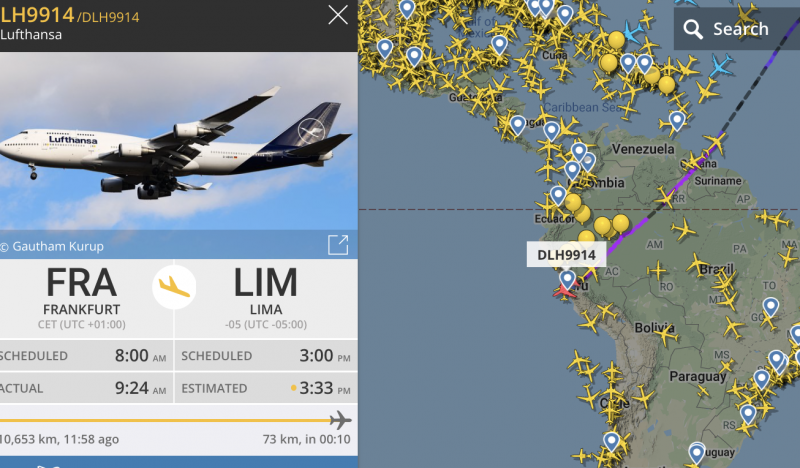 Its sister airline, Austrian also flew a Boeing 777-200 on Friday March 27; while Edelweiss, Swiss’s leisure carrier has sent two A340-300s over the last week to bring Swiss travelers back home. As Lima’s only airport terminal is temporarily shut, all repatriation operations are handled from the adjacent “Grupo 8” military base, which shares the same runway as the airport. 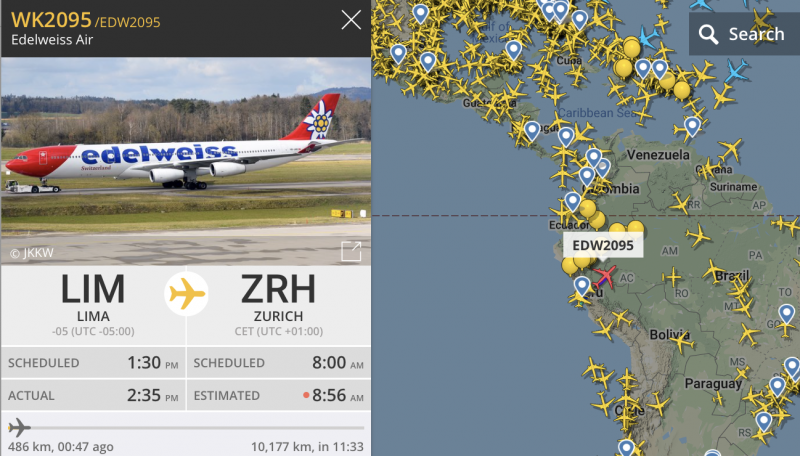 An Edelweiss A340-300 flying back to Zurich after picking up Swiss travellers from Lima (Photo: Flightradar24)

From a bit further west, from the Iberian Peninsula; a TAP A330neo flew from Lisbon to Lima on Sunday March 29 to pick up stranded Portuguese passengers. This was the type’s first visit to Peruvian soil. 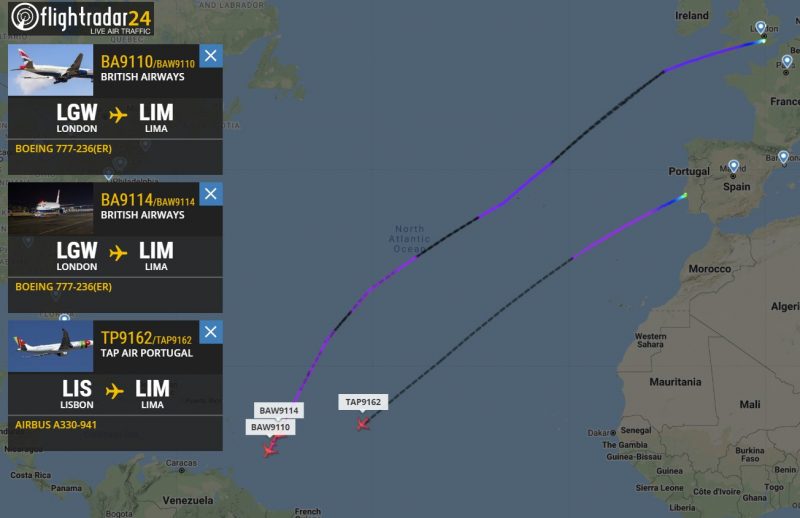 One TAP and two British Airways aircraft on their repatriation missions to Peru. (Photo: Flightradar24 via Twitter)

An interesting visitor has also been LOT’s Boeing 787-8. The aircraft flew on Sunday March 29 with a fuel stop in Cancun and back from Lima to Warsaw. On the same day, Korea also underwent a rather unique repatriation mission. Aeromexico was contracted for the repatriation of Korean citizens, ferrying one of its Boeing 787-8 from Mexico City and then to Seoul via Tijuana in Mexico. 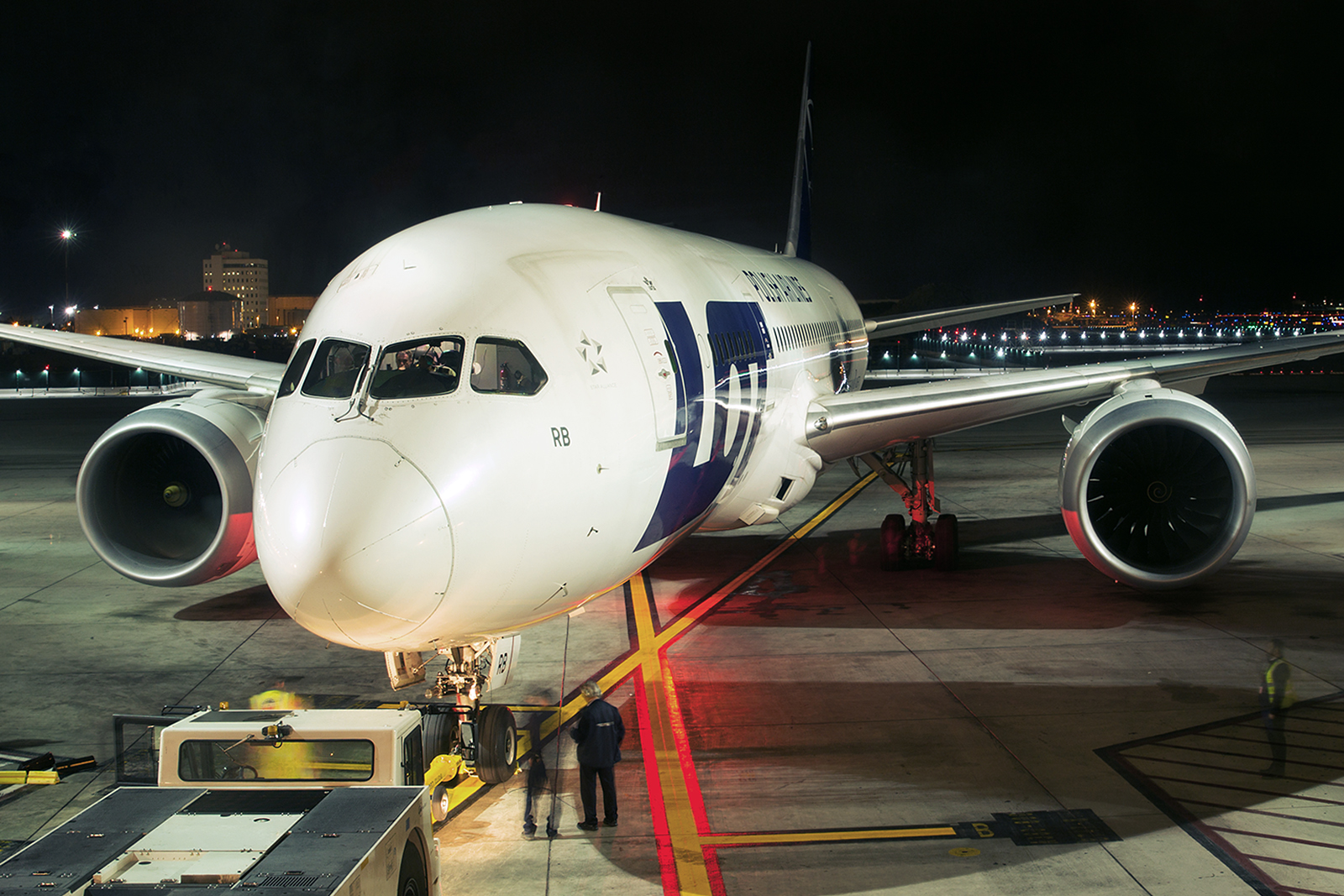 Finally, British Airways has flown five Boeing 777-200ERs from both Heathrow and Gatwick since March 25, repatriating more than 600 British and Irish nationals. Britain’s flag carrier does serve Lima seasonally with two weekly frequencies from London Gatwick during the summer months.

With all commercial operations being suspended until April 12, which is the period the country undergoes a four week mandatory lockdown, embassies have coordinated special flights to fly travelers that have been stranded in popular provincial tourist destinations such as Cuzco and Arequipa, back to the capital to catch their onward arranged flights home. All the largest domestic operators, LATAM, SKY and Viva Air Peru have contributed to these rescue missions.