A Korean Air A380 in Seoul. The airline is adjusting its flight schedules and its fleet offerings in response to the Coronavirus pandemic. (Photo: AirlineGeeks | Ben Suskind)

Honoring the Giant: An Homage to the A380 on Its 15th Birthday

The Airbus A380, the largest passenger airplane in existence, celebrated the 15th anniversary of its first flight Monday amidst the coronavirus pandemic’s hold on the aviation industry.

Airbus developed its superjumbo as a response to Boeing’s wildly-popular 747 superjumbo, which was the go-to aircraft for high-demand long-haul flights during the late 20th century. Airbus wanted to make an aircraft that was bigger and cheaper to operate than the 747, and it announced its concept, originally called the A3XX, in 1994.

Airbus finalized the A380 concept by 2000, but it faced a number of developmental hurdles, like an issue with the wiring in the aircraft’s fuselage and the logistical challenge of assembling the aircraft with parts produced across Europe, in ensuing years, delaying the airplane’s first flight by close to five years. The jet finally took off for testing on April 27, 2005, and it entered service on October 25, 2007 with Singapore Airlines, almost two years after flying for the first time.

The A380’s true claim to fame is just how massive it is. Many airlines configure the plane with around 400 to 500 seats, but, in an all-economy configuration, the plane can carry over 800 passengers. That extra space gave airlines ample space to experiment with extravagant first and business class offerings like onboard full-service bars and lounges, showers, and, in Etihad’s case, multi-room “suites” with an intimate living room, bathroom, and bedroom. 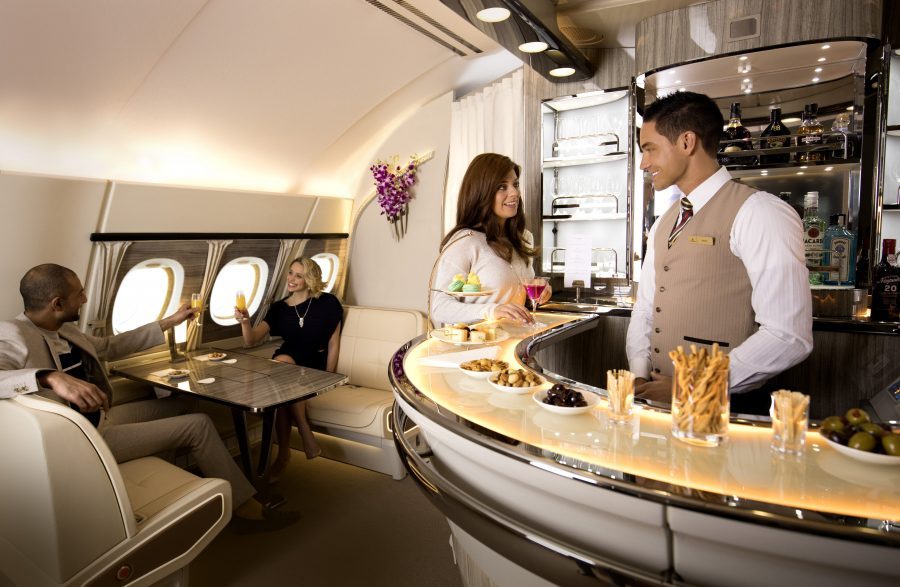 Due to its size and range, which is up to 8,000 nautical miles, the A380 became an important aircraft for luxurious airlines who could offer business and leisure travelers alike access to unique experiences onboard flights to destinations across the globe. Business people could work on their flights and finish just in time to arrive at important destinations, and leisure travelers could rest comfortably on their flights and be well-rested when they arrived at a dream vacation destination like Los Angeles, Sydney and London.

Airlines were not the only ones adapting to the A380’s size. Airports had to take drastic action to accept the plane. The world’s busiest airports, like London’s Heathrow Airport and Chicago’s O’Hare Airport, spent millions reconfiguring taxiways and building new gates to fit the plane. 400 airports around the world are currently capable of accepting the aircraft. 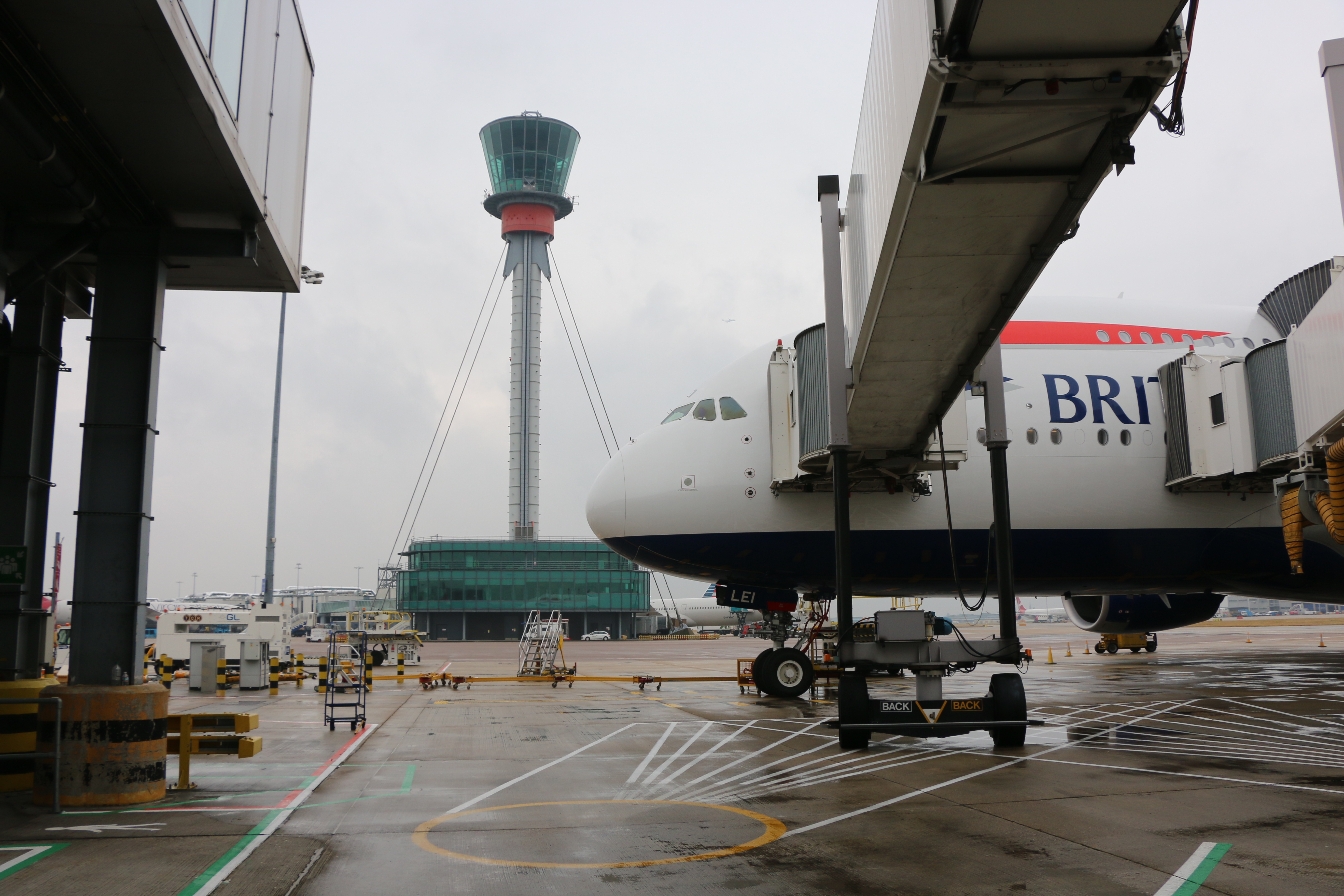 Despite all the excitement surrounding it, the A380 faced trouble soon after entering service. Though Airbus marketed the airplane as cheaper than Boeing’s 747, it is still absurdly expensive to operate. As business and premium economy classes have become more popular alternatives to ultra-expensive first class tickets, airlines who depended on high-risk-high-reward first class seats didn’t see as high returns on their extravagant premium cabins.

Most importantly, as gas prices skyrocketed during the 2008 global financial crisis, flying the gas-guzzling jet was not very economical to airlines that did not have relatively large cash reserves to take the hit. Even if an airline could afford the jet in the short-term, the risk of another spike in gas prices was a risk they could not take. Airlines began opting for smaller more efficient jets that they could operate more cheaply than the A380, especially on long-haul, low-demand routes that cannot fill large planes.

Demand for the superjumbo plummeted during the second half of the 2010s. The program was kept alive by Emirates Airline, which currently operates 118 A380s and has eight on order. But in 2019 when the airline announced it would not place an order for any more of the airplanes in favor of more efficient aircraft, Airbus announced that it could no longer bear the price of producing the jet and slashed the program. The last A380 delivery is scheduled for 2021.

The A380 took an additional hit during 2019. Singapore Airlines, the first carrier to take delivery of the airliner, announced that it would begin to retire its A380 fleet after about 12 years operating the aircraft. When the airline could not find a buyer for its A380s on the secondhand market, it announced it would scrap two A380s.

For a long-haul aircraft that does not operate many flight cycles, which in turn reduces the wear on the airplane compared to short-haul planes that often operate multiple flights a day, twelve years is an incredibly short life span. Other airlines like Air France and even Emirates have already announced plans to phase out their A380s forever, denoting just how expensive the A380 is to operate.

The coronavirus pandemic has not helped the case for the A380. At the time of writing, only one A380, a China Southern aircraft operating flight CZ328, is still operating in the entire world. As airlines have been forced to cut costs and slash services wherever possible in response to dwindling demand, the A380 has become an obsolete aircraft that would deal a huge blow to already-fragile airlines. This crisis might change how the A380, and all jumbo jets like the 747, are operated forever. It’s unclear what role the aircraft will play in any airline going forward after the pandemic.

For the time being, it’s unlikely that any of the world’s A380s, save the one still operating, will fly anytime soon. Experts agree that it will likely take a few years for global travel to recover to pre-coronavirus levels. Airlines like Singapore are sending their A380s into storage around the world, like in Australia’s Alice Springs. It should be noted that even just storing the A380 will be madly expensive for airlines. Airports around the world charge up to $400 per hour to store the plane.

The 747 has one benefit over the A380 that will help it weather the coronavirus crisis better than the A380 will: it’s easy to convert the 747 into a cargo aircraft. Boeing originally designed the aircraft primarily for passengers, but it did so with cargo flights in mind. The airplane’s nose, for example, can be fitted to hinges to ease with loading the plane from the front and cargo doors on the side to load cargo on both decks.

Meanwhile, the A380 was designed specifically for passenger flights and lacks many of the cargo-oriented benefits the 747 has; even if the A380 could be converted into a cargo plane, it would likely be unable to carry all of the cargo it is theoretically capable of carrying because of the sheer weight and stress such cargo would impose on the aircraft.

The 747’s cargo potential makes it a more re-sellable aircraft than the A380 since passenger airlines can give their retired 747s to cargo carriers or scrap them for valuable parts, while the A380 will be almost impossible to resell due to its high costs and the impracticality of flying the airplane on most routes.

How, and for how long, airlines continue to operate their A380s is yet to be determined. With passenger airlines around the world announcing plans to retire both their A380s and 747s, the A380’s days are numbered. Whether the coronavirus outbreak will expedite A380 retirements is still yet to be known, but for the time being, none of the superjumbos will be going anywhere.

In mid-July 2022, the Department of Transportation posted a document selecting Sun Country as the airline that will serve the Essential Air Service of Eau Claire in Wisconsin. When the DOT decision was made it was a shock to most as there has never been an aircraft this large operating…