A Tus Airways Fokker 70 lines up on the runway at Skiathos Airport. (Photo: Konstantinos Chatzigeorgiandis, @athspotter)

Larnaca, Cyprus-based Tus Airways has not flown a regularly-scheduled passenger flight since last October. While the airline previously served very few destinations from its Larnaca hub, it is very well known among aviation enthusiasts around the world.

Tus Airways, which was established in 2015 and began passenger operations in early 2016, was one of the last Fokker 70 and Fokker 100 operators in the world. On April 16, 5B-DDA and 5B-DDE, two of the airline’s Fokker jets, were ferried to Groningen Airport Eelde in the Netherlands to be sold.

According to the airline, it still owns five Fokker 70s. Four of these jets have been in storage for over a year and 5B-DDF is the only Fokker jet left with flight activity in 2020. As of February, the aircraft is stored in Bratislava, Slovakia. The airline has not had any passenger flight activity for over five months.

Most recently, Tus Airways offered its aircraft to the Cypriot government for repatriation flights on March 18. The airline has not, however, flown any flights on behalf of the government so far.

Following the summer 2019 season, Tus Airways announced its intentions to drastically reduce its winter operations as it worked to re-launch as a new airline by summer 2020. Sources close to AirlineGeeks reported that the airline had ceased operations in March. However, CEO Andrew Pyne confirmed to AirlineGeeks that this is not the case.

Pyne told AirlineGeeks that the airline had planned to resume the Larnaca to Tel Aviv route on March 30, but the COVID-19 crisis has forced them to delay the start. As of now, Pyne plans for the airline to be back in operation by Sept. 1, pending the lifting of government restrictions placed by Cyprus.

The CEO told AirlineGeeks that the airline is currently evaluating the Sukhoi Superjet to replace the dormant Fokker fleet. Pyne also noted that the COVID-19 crisis has led to cheaper prices for western-built narrow-bodies as well, so no firm fleet decision has been made yet. 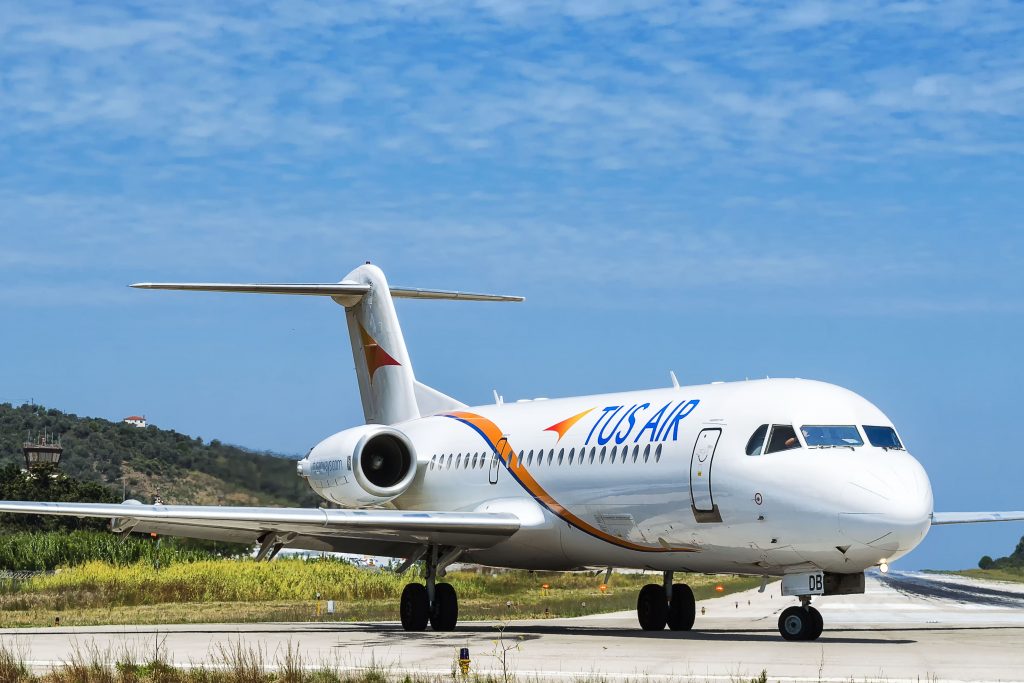 A Tus Airway Fokker 70 lines up with the runway in Skiathos. (Photo: Konstantinos Chatzigeorgiandis, @athspotter) 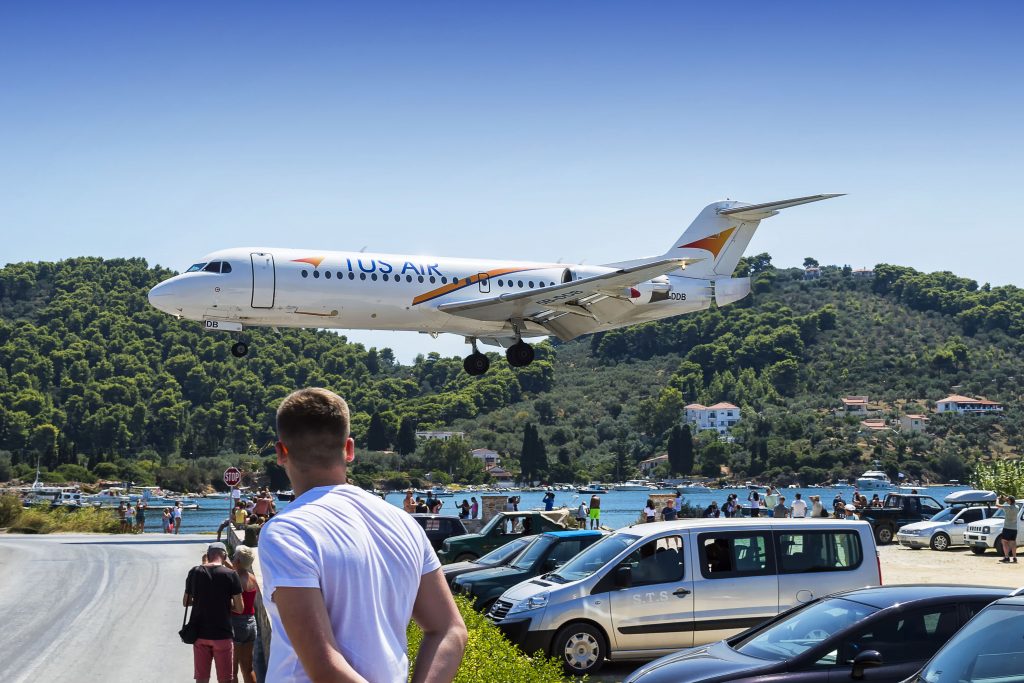 When first launched, Tus Airways had no local competitors. The airline was the first Cypriot carrier to take off after Cyprus’ flag carrier Cyprus Airways went bankrupt in January 2015. Just a few short months after beginning flights, Cobalt Air joined as a new, ambitious competitor. The fast-growing airline wanted to market Larnaca as a stop-over and transfer hub between the Middle East and Europe and grew a six-Airbus aircraft fleet before ultimately ceasing operations in late 2018 due to financial difficulties.

In 2016, S7 Airlines launched a new airline in Cyprus under the name Charlie Airlines as Cobalt Air gained traction and a rise in demand for air travel on the island nation became clear. Charlie Airlines bought the rights to the former flag carrier’s trademarks and operates as Cyprus Airways.

Since its first flights in 2017, Cyprus Airways has expanded to serve multiple destinations in Europe and the Middle East with a fleet of two Airbus A319s. Unlike Cobalt Air, Cyprus Airways has been cautiously optimistic and has been very careful in adding capacity. Today, the airline remains the sole Cyprus-based passenger airline.

The Cypriot market is a tough one to navigate as a local airline, with lucrative summers and harsh winters. As tourists swarm to the beaches in the summer, so do European low-cost competitors. Since 2016, capacity added to Cyprus has increased while annual passenger growth rates have steadily declined, though growth has been sustained.

Ryanair was the largest airline in Cyprus during the summer 2020 season, carrying over 850,000 passengers to and from the island nation. Four of the top five airlines in Larnaca last year were low-cost carriers, including Ryanair, TUI Airways, Wizz Air and Jet2[dot]com.

Known for its ability to navigate highly seasonal markets, Athens, Greece-based Aegean Airlines has not found success in dominating the Cypriot market. Following the 2015 Cyprus Airways collapse, Aegean Airlines was quick to add capacity to the market, designating four Airbus A320s to the Larnaca market.

Greece’s largest airline learned quickly how hard it is to sustainably operate out of Cyprus and has since adjusted its capacity in the market. The airline, like many of its competitors, now focuses on connecting Athens with Larnaca and Paphos, Cyprus to provide connection opportunities for passengers and direct flights to Tel Aviv. The summer months also bring seasonal services to popular Greek island destinations.

It remains unclear when Tus Airways will take off again, but the airline is working behind-the-scenes to keep the company afloat through the COVID-19 crisis and onto a new chapter in its history.