Empty flights as a result of the COVID-19 crisis have turned bustling airport terminals across the country into eerie, empty halls with closed concession stands and flight display systems showing just a handful of flights per day. As airlines reported record passenger numbers in the years leading up to 2020, most airports around the U.S. have not seen terminals this empty since the slow in travel demand following 9/11.

For Austin-Bergstrom International Airport, the past five years have seen passenger traffic grow consistently, with airports scrambling to expand to meet the rise in demand. In typical “Keep Austin Weird” fashion, the airport prides itself in figures most other airports probably aren’t tracking. One in particular: in 2019, the airport sold 1.6 million breakfast tacos, up from 833,507 tacos in 2018.

This fast-paced growth instantly changed in March as passenger figures dipped to half of what they were just a year before. Austin’s economy took a huge blow in March when South by Southwest (SXSW) — a massive film, media and music festival that takes place in Austin every March — was canceled. A month that is especially busy for the airport, the airport’s usual SXSW Scandinavian Airlines charter flight and Lufthansa FlyingLab were both canceled as the COVID-19 crisis initially began impacting U.S. aviation in early-March.

Summer 2020 was expected to be a record-breaking season with KLM’s plans to inaugurate flights to Amsterdam and Norwegian Air Shuttle adding a flight to Paris Charles de Gaulle in early May, supplementing three already existing European flights out of the airport. These new flights, however, have been postponed, with KLM now expecting to begin Austin flights on March 29, 2021, and existing European flights have been temporarily suspended, as with most other U.S.-Europe flights.

Significantly less passenger traffic in the terminal and the city’s stay-at-home orders implemented in March also meant that it was no longer viable for musicians to perform at one of seven stages located around the Barbara Jordan Terminal.

Known as the “Live Music Capital of the World,” Austin-Bergstrom places an emphasis on echoing that title in its terminal as well. In March 2019, the airport opened its largest music venue to date, with crowds exceeding 200 passengers awaiting their next flights. Since the airport’s opening in 1999, the airport has hosted over 13,270 live music performances, with 1,325 occurring last year. 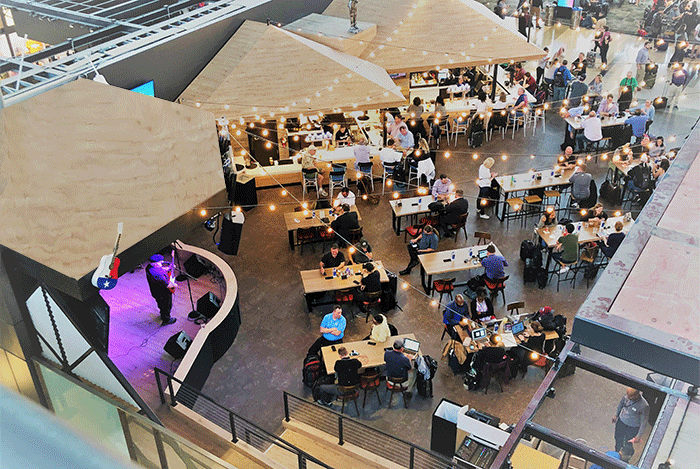 Overhead view of the “Heart of Austin,” a 4,456 square foot performance, bar and food area at the center of the Barbara Jordan Terminal. (Photo: Austin Airport)

If seven live music stages weren’t enough, the airport also broadcasts a specially hand-picked playlist curated to promote local artists from the city across the terminal and on the new patio at the east end of the terminal. By now, it should be obvious that, like the city, Austin’s airport is passionate about promoting local, live music.

To combat the lack of live music heard throughout the terminal, the airport hosted a virtual music festival on May 6. Partnering with 23 other airports in North America, JetStream Music Festival aimed to support the creative community which the live shows did.

“Live music and supporting our local artists is who AUS is, even during the difficult times,” said Jacqueline Yaft, Chief Executive Officer of Austin-Bergstrom International Airport. “Airports are known for bringing people together, and we want to continue doing so even when you can’t travel. Virtual music is a great way to do that.” 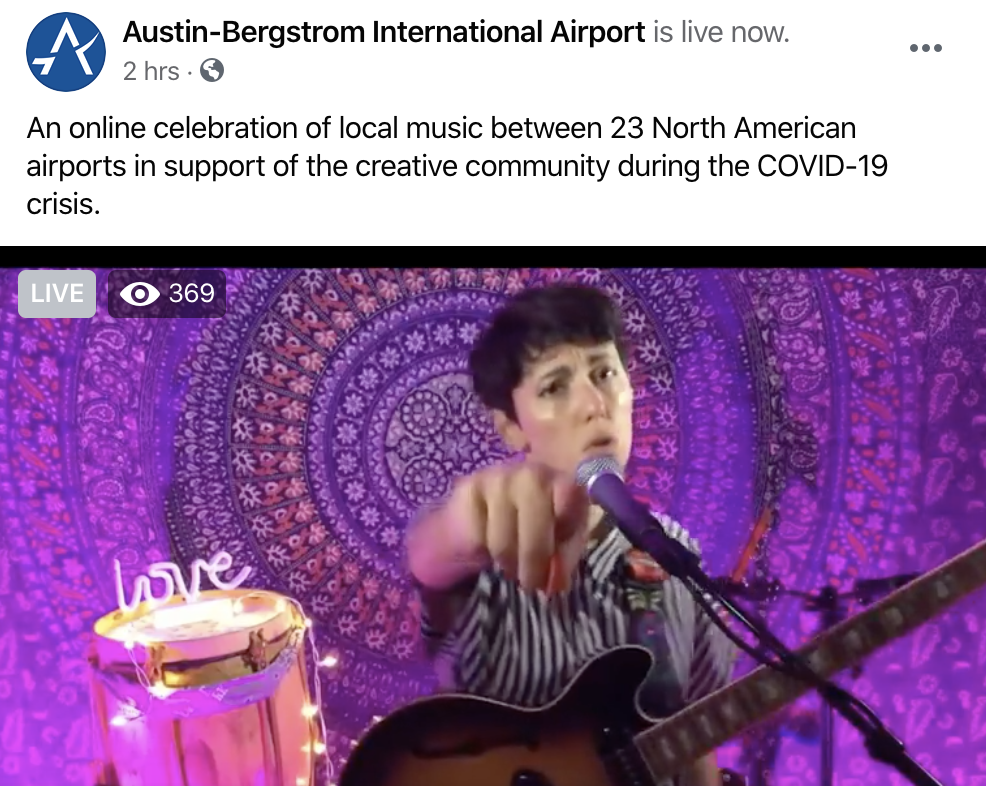 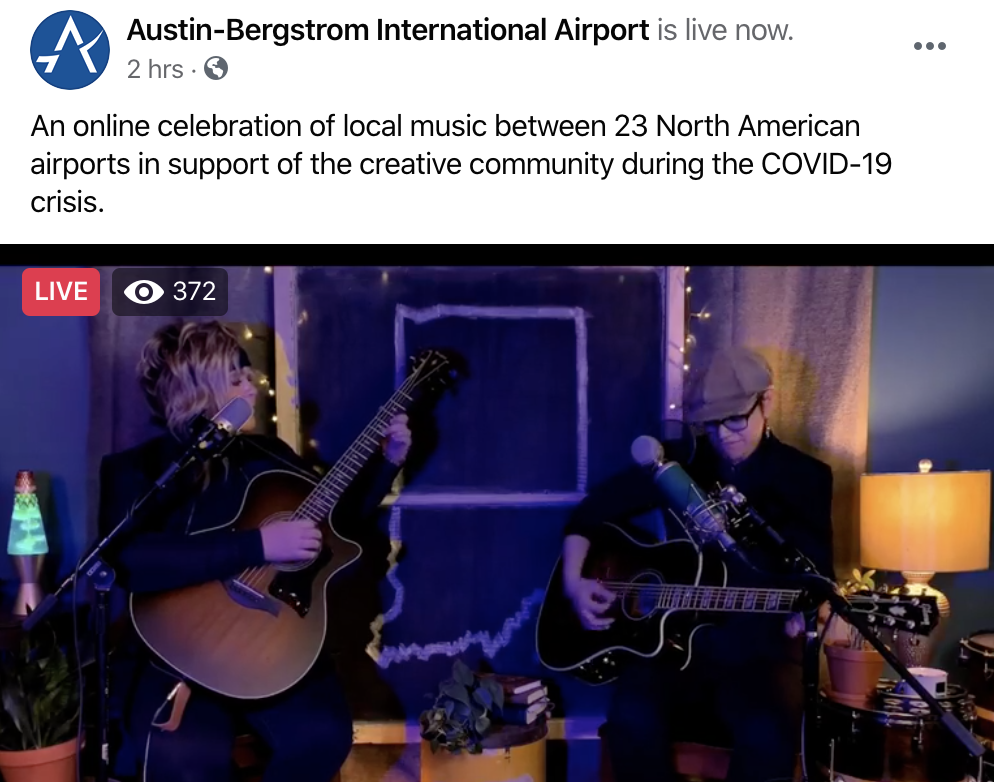 In addition to performances by local artists from each airport, viewers of the virtual festival heard from leadership at some of the 23 airports on their efforts to continue operations during these different times. Each airport was allocated a ten-minute slot for their local musician’s performance.

JetStream Music Festival offered passengers a unique opportunity to interact with airports they may frequent in a virtual manner. While the inaugural 2020 festival may have been virtual, it would be unique, in Austin fashion, to see the airport host the first-ever live music festival at a U.S. airport in 2021.