As the airline industry struggles to find its footing during an unprecedented travel downturn worldwide, many air carriers are finding new ways to cope during this period. Minneapolis, Minnesota-based Sun Country Airlines is no exception to this. While commonly seen as a leisure carrier, the airline has recently enacted contracts to haul cargo for Amazon, something new for a purely passenger-carrying operator.

Sun Country’s passenger-carrying operation is largely seasonally-based, meaning routes fade in and out with the season, targeting leisure travelers. During its peak operation, the airline flies 85 routes to over 50 destinations. Sun Country is an all-737 operator with 33 aircraft in its fleet.

In 2018, Sun Country shifted from a full-service airline with first class seats and more business-targeted routes to a low-cost carrier. This move came as a result of leadership changes. At the helm of it all was Jude Bricker, who has been Sun Country’s CEO since 2017. He was formerly the Chief Operating Officer at Allegiant Travel, owner of ultra-low-cost carrier Allegiant Air.

AirlineGeeks spoke with Mr. Bricker in a recent interview to understand its operations and adjustment to COVID-19’s impact on the industry.

Mr. Bricker was interviewed on May 12. A day before the interview, Boeing CEO Dave Calhoun told NBC’s Savannah Guthrie that he expects a major U.S. airline to go under as a result of the COVID-19 impacts.

Nevertheless, Sun Country acknowledges its smaller size and is minimally worried about the recent comment. Mr. Bricker responded to this claim, saying, “Bankruptcies and shutdowns should be considered different based on history. I don’t really have a strong opinion. This is a really dramatic hit to the industry and airlines will have to adjust.”

“I haven’t seen any financial reports that would substantiate that opinion,” Bricker added.

Sun Country has maintained its position as an all-737 operator for several years, well before its transition to a low-cost airline. The airline touts the aircraft’s versatility, which is evident considering the varying missions it operates for the carrier, ranging from passenger operations to cargo and charter flights.

A Balance Between Commercial, Charter and Cargo

Part of Sun Country’s stronghold during times like these stems from its varying operating model. It has three separate and specific types of operations: commercial flights, which are regularly scheduled routes; charter services, which commonly move large groups on a specific routing, such as military members or sports teams; and cargo, now the airline’s bread-and-butter thanks to its contract with Amazon.

According to Bricker, the airline’s operations are multi-faceted, consisting of 40% leisure, 30% charter and 30% cargo operations. Bricker said that he expects the cargo side to be in greater demand in the fall.

On the leisure passenger side, Sun Country has placed its focus on key routes that have largely “held up” — including Fort Myers, Phoenix and Los Angeles — all of which originate from the airline’s base in Minneapolis. “These are markets that we have been in for a long time,” Bricker said of the flights.

Bricker expects leisure traffic to return before business travel does. “We are a leisure company, and I think that will come first,” he said. “The Twin Cities have done very well during downturns. We are focused on leisure customers originating [from Minneapolis].”

The airline places a strong emphasis on its base at Minneapolis–St. Paul Airport, which competes with Delta’s hub there.

Over the last three weeks, the Transportation Security Administration has been reporting a steady climb of passenger throughput at its checkpoints around the U.S. Many airlines are also reporting an uptick in passenger counts on domestic flights. Sun Country is seeing a similar trend as well, Bricker confirmed.

The airline’s passenger load factors were down a whopping 95 percent at the trough and are now stabilizing at around 85 percent.

“The bottom of the market for us was around the third week of April, and we have seen a steady recovery since then,” he added.  “Our loads are coming up.”

Despite the positive trend in recent weeks, Bricker emphasized that normal pre-COVID-19 traffic levels may not return for a few years. “This will take a year to a year and a half from now linearly from the bottom to recovery.” He thinks the industry will see “a very modest path of recovery.”

The ever-changing and largely cyclical airline industry, like many sectors, was rattled by the COVID-19 outbreak. Niche airlines like Sun Country with multi-faceted operations play a key role in the continued quest to keep people moving.

“One of the things I have been really impressed with this are the front-line workers in the industry,” Bricker concluded. “I have just been really proud of our industry.”

This story was updated on May 18, 2020 at 12:55 a.m. ET to revise verbiage regarding Sun Country’s response to the statements from Boeing’s CEO.

Follow Ryan
Ryan Ewing
Ryan founded AirlineGeeks.com back in February 2013 and has amassed considerable experience in the aviation sector. His work has been featured in several publications and news outlets, including CNN, WJLA, CNET, and Business Insider. During his time in the industry, he's worked in roles pertaining to airport operations and customer service while pursuing a bachelor's degree in Air Transportation Management from Arizona State University. Ryan has experience in several facets of the industry from behind the yoke of a Cessna 172 to interviewing airline industry executives.
Follow Ryan
Latest posts by Ryan Ewing (see all)
737airlinesAmazonBoeingCargoceoFeaturedinterviewJude BrickerLeisurelow costRoutesSun Country
Related Stories
[ Related Stories ]October 21, 2021 7:00 am ET
By Lei Yan 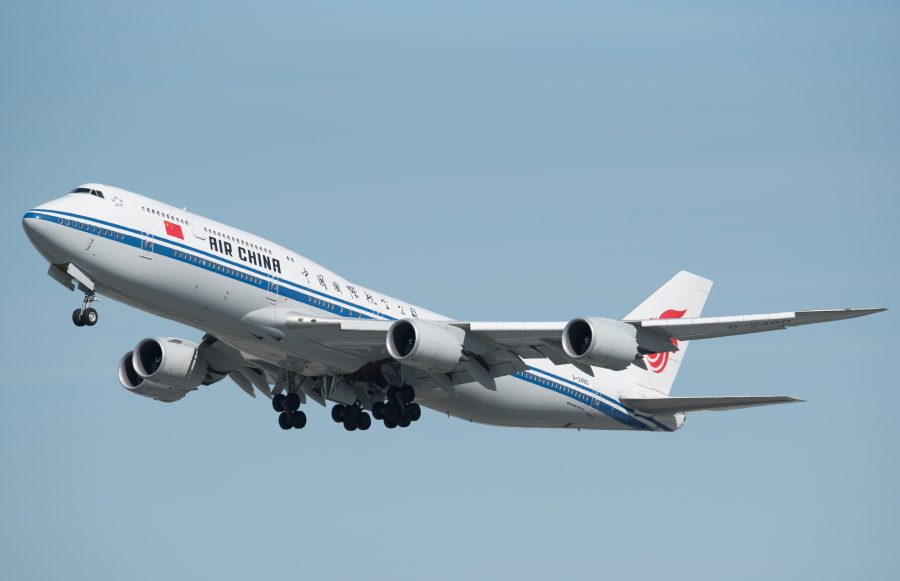 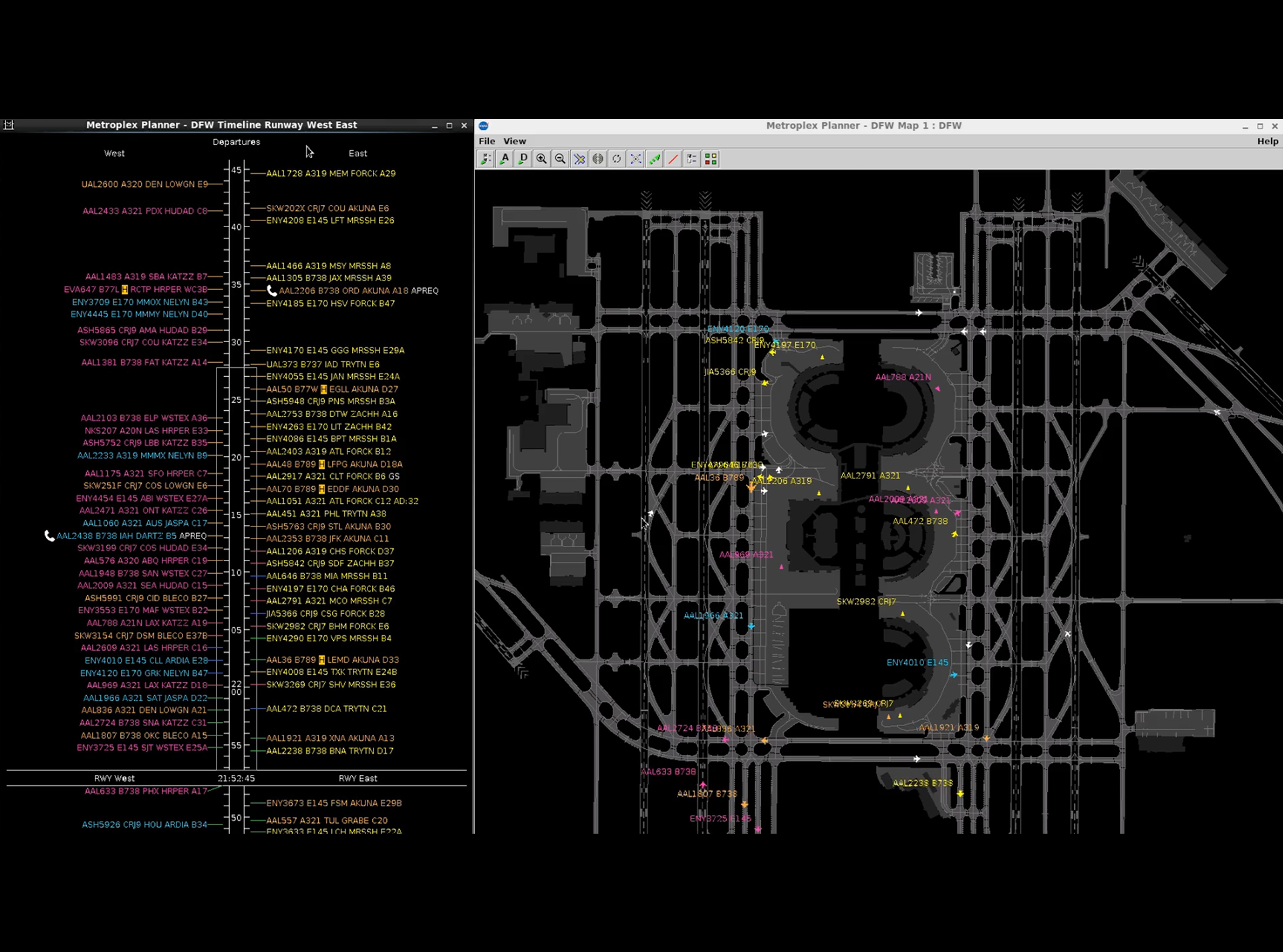 Rollin’ to Your Runway Gets Faster and Greener

Does this airline experience sound familiar? Pushing back from the gate on time, you excitedly text family or friends that…

The clash with the persistent, ongoing COVID-19 ordeal disrupted and reconstructed the airline industry, which forced several major carriers to…

The aviation industry might have started this year off to quite the rocky and uncertain start, alongside quite a number…

One of the pillars of the low-cost airline concept, the one developed first by Southwest Airlines in the ‘60s and…