While the New York-based carrier had previously announced intentions to begin flights to Europe, plans were slightly unknown due to the nature of the COVID-19 pandemic. The airline confirmed that it would be moving ahead with trans-Atlantic flying.

London is currently the top destination that is unserved from the carrier’s Boston and New York hubs and will be the first European city to see JetBlue. The carrier will face stiff competition from other carriers on the routes with the likes of British Airways, Delta Air Lines and American Airlines among others.

The airline remains optimistic about its endeavors. In a press release, the airline said, “We’re moving ahead with our Europe launch, knowing there will be a pent-up demand for travel and that customers will be looking for value.”

Details regarding the launch of flights to London are expected within the next couple of months.

New Colors for a New Plane

JetBlue unveiled its newest livery called Streamers. The tail, first seen painted in Hamburg, Germany, will be featured on the airline’s first Airbus A321LR aircraft. The design is composed of different shades of blues, creating a wave-like pattern across the tail. Streamers will become the fourth livery to be featured on a JetBlue A321 aircraft, with the current A321-200 and A321neos featuring different liveries. 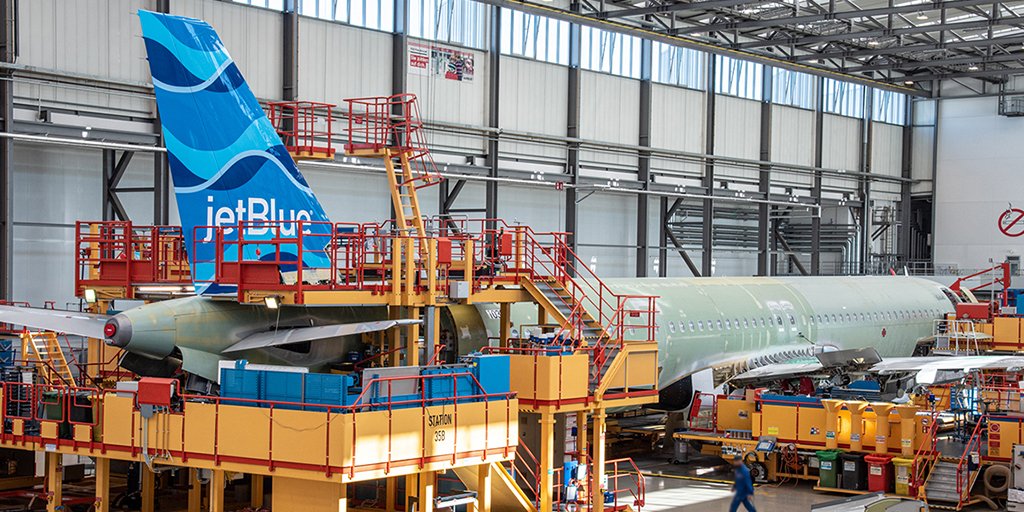 According to JetBlue, the name Streamers has multiple meanings. The airline says, “It’s celebratory (woohoo, we’re crossing the Atlantic!) and also resembles the waves of the ocean and the jet stream that will carry us to Europe.” 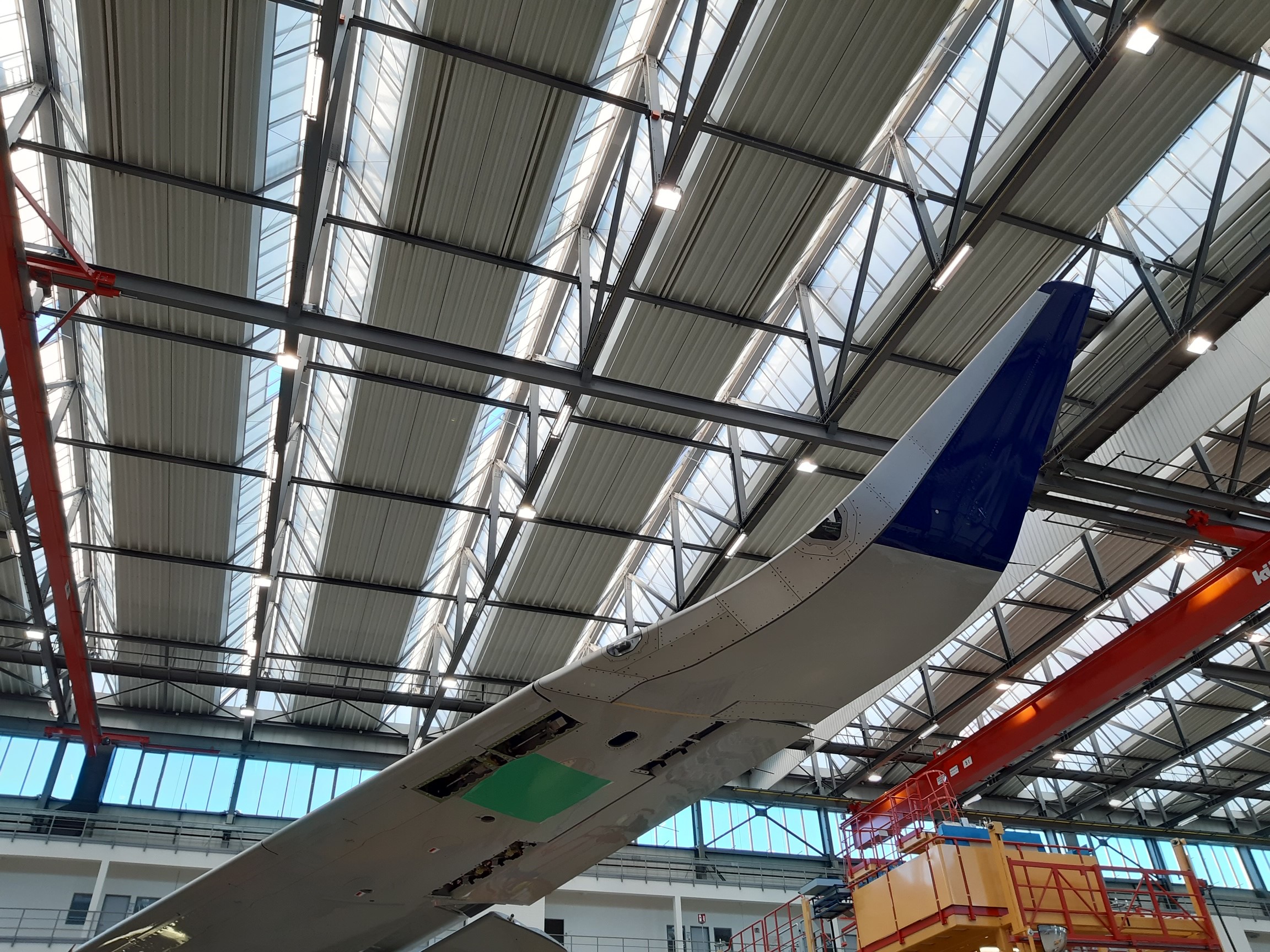 The outer edge of the Sharklet on JetBlue’s first Airbus A321LR. (Photo: JetBlue)

Although the airline already has 11 Airbus A321neo aircraft, the A321LR is an extended range version featuring three extra fuel tanks, giving the aircraft an operating range of about 4,000 nautical miles (4,600 miles). The extra range gives the airline the ability to operate the aircraft on routes to most of Western Europe and deeper into South America. 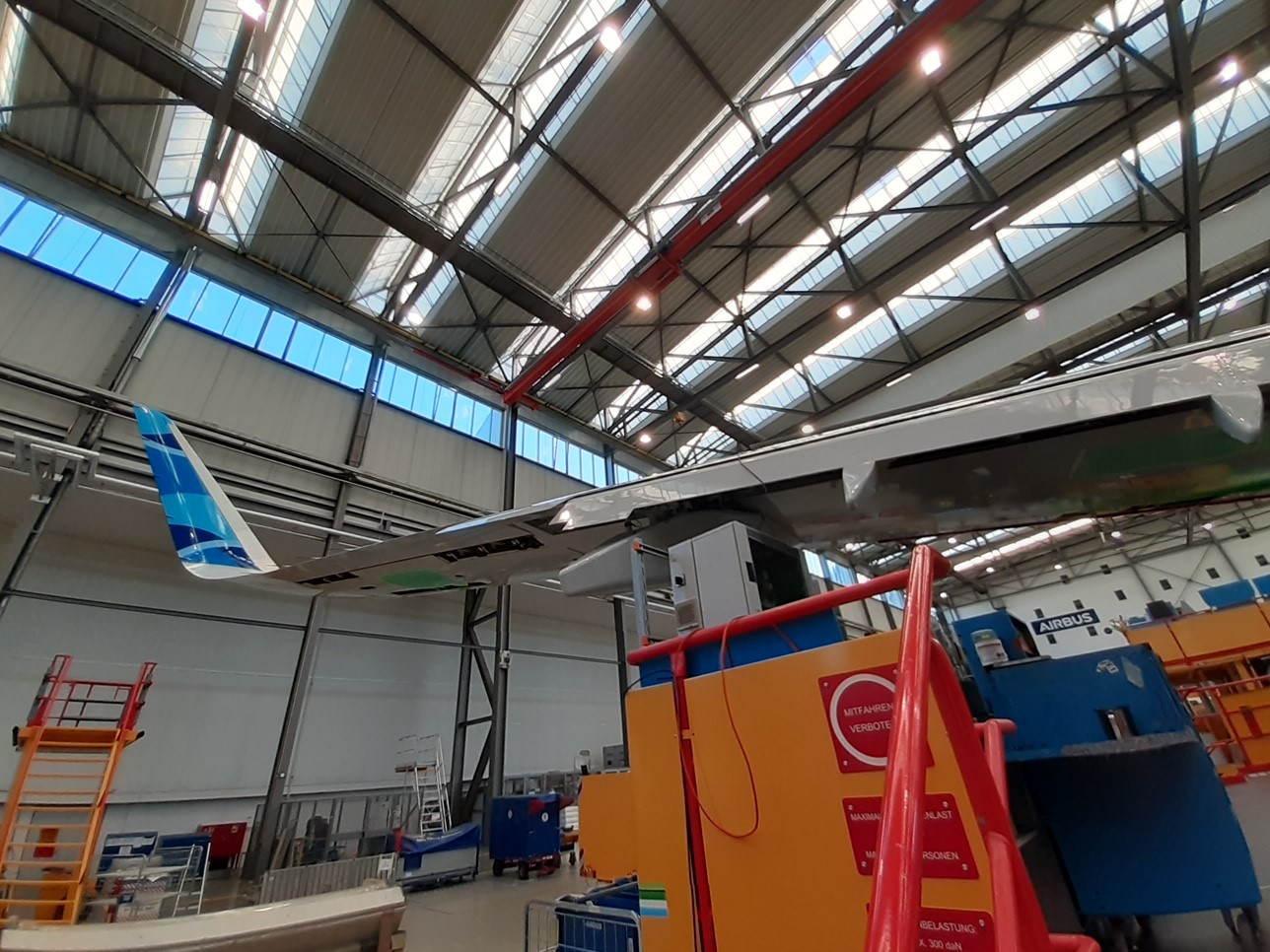 A view of the wing of the A321LR, featuring the Streamers design on the Sharklet. (Photo: JetBlue)

JetBlue also announced a domestic expansion with the addition of four new routes from Hartford’s Bradley International Airport. The carrier will launch flights to Los Angeles, San Francisco, Las Vegas and Cancun, Mexico. Flights will begin either Nov. 19 or Dec. 18, in-line with the airline’s other recent route announcements. The additional flights will make JetBlue the largest carrier at Connecticut’s busiest airport.