A jetBlue A321 departs while another one lands at New York’s JFK Airport (Photo: AirlineGeeks | Mateen Kontoravdis)

JetBlue Airways has announced it will begin transatlantic operations to Europe in 2021. The long-awaited announcement was made via video from JetBlue CEO Robin Hayes to employees, aided by JetBlue President and COO Joanna Geraghty, at a crewmember-only event held at the airline’s New York maintenance hangar at John F. Kennedy International Airport, the carrier’s main hub with an estimated 1, 300 employees in attendance for the historic announcement by JetBlue.

Its first foray into the Eastern Hemisphere, the 19-year old airline will make its European debut serving London, U.K. from both New York and Boston. Two of the busiest air routes in the world, JetBlue will join a long list of airlines current connecting the British capital to the Northeast. Currently, London is the largest market for both Boston and New York not currently served by JetBlue, a major motivating factor in picking the city as the first destination.

Despite announcing the city as its first destination, the airline does not know which airport it will serve or when it will start the service. The airline did say, however, that both cities will see multiple daily frequencies, greatly increasing the capacity on both routes. Most importantly, the new routes will offer one-stop, same airline connections on JetBlue for the numerous cities in the Northeast devoid of transatlantic service and relegated by major carriers including Buffalo, Syracuse and Burlington, among others.

JetBlue is one of the last hold outs for low-cost airlines serving Europe as its sister airline, Canada’s WestJet, began serving the continent in 2015 with a fleet of Boeing 767-300ERs and will expand in Europe with new Boeing 787-9 Dreamliners. The announcement comes as ultra-low-cost airlines crossing the pond are largely disappearing, most recently WOW air and Primera Air.

Although exact details on the service are still scarce, JetBlue plains to serve the middle ground in between the major carriers and their ultra-low-cost competitors. Currently, JetBlue offers complimentary amenities such as live television and in-flight WiFi, both of which are not available outside of the contiguous United States. Whether or not JetBlue will be forced to begin charging for said amenities on transatlantic flights is yet to be seen.

The entrance into Europe will also raise JetBlue’s awareness in the continent, which is split mainly between national airlines and their ultra-low-cost competitors with a handful of leisure airlines per country. Not only will Europeans think of JetBlue for transatlantic travel, but they will be more aware of the airline for when booking flights on JetBlue’s side of the pond.

Geraghty told AirlineGeeks in an interview following the event that all London area airports are on the table. Though London’s Gatwick Airport seems like a logical and cost-effective choice for the airline, Heathrow Airport is where the majority of JetBlue’s codeshare partners are based in London.

Also debuted was the aircraft that was power JetBlue’s European expansion, the Airbus A321LR. A long range version of the Airbus A321neo, the A321LR will provide JetBlue with both the range and fuel efficiency necessary to cross the pond while maintaining its low-cost reputation. JetBlue will join its partners TAP Air Portugal and Aer Lingus as operators of the aircraft on transatlantic routes. 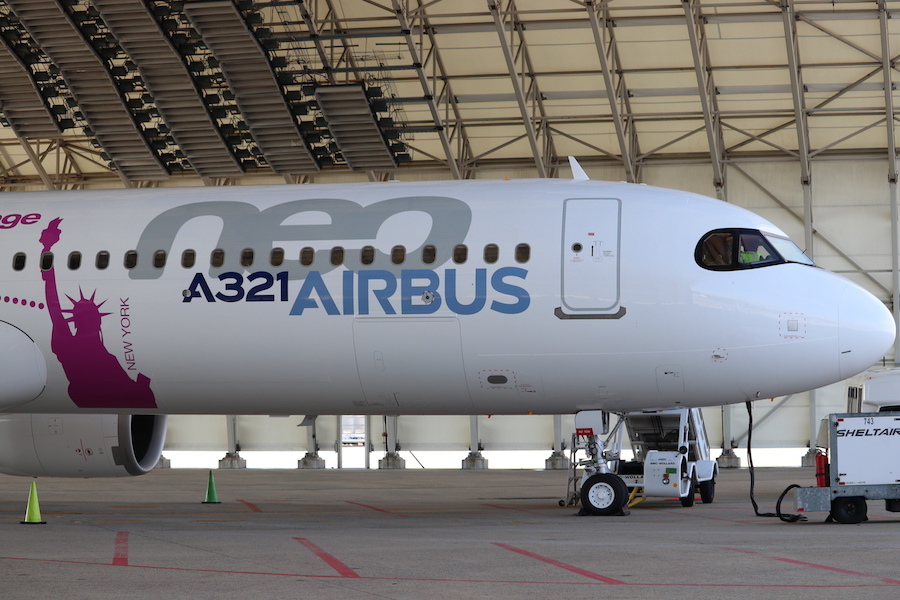 In preparation for European service, JetBlue has created a team dedicated to getting Extended-range Twin-engine Operational Performance Standards (ETOPS) certification for its pilots and aircraft that will be flying the routes. ETOPS is required to fly the overwater routes necessary for service to Europe.

A highlight of the aircraft is its premium cabin, dubbed JetBlue Mint, which is only offered on certain routes on its Airbus A321 aircraft. Offering 16 seats in the cabin, Mint will be JetBlue’s way of attracting business travelers and leisure travelers looking to fly in a premium class without breaking the bank with a potential stabilizing effect on transatlantic business class fares. When the airline debuted the cabin on transcontinental routes, fares stabilized for the market and premium cabin fares came down as a whole. 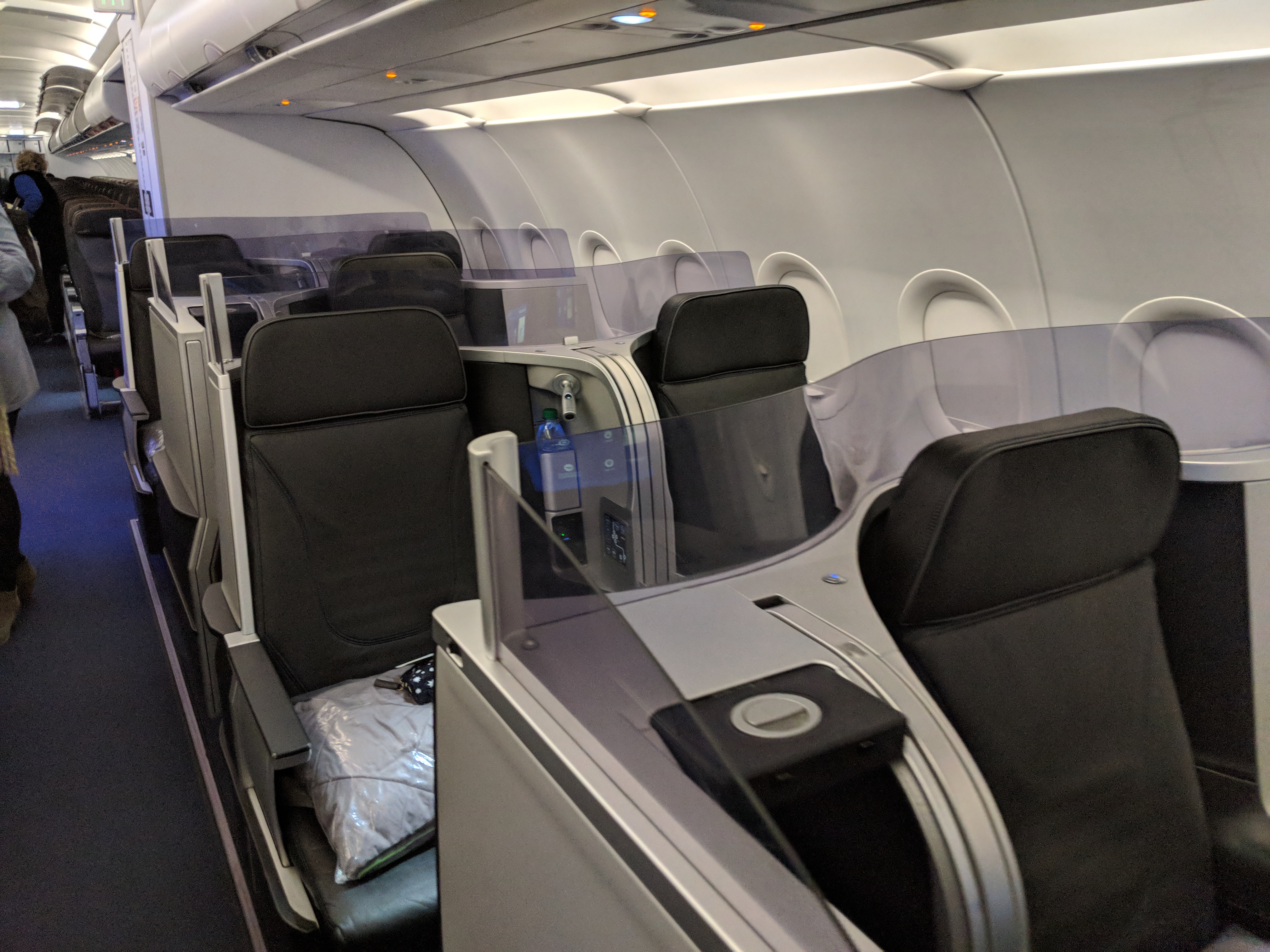 In a statement released by the airline, however, the Mint class found on the A321LRs will not be the same as those found on current JetBlue A321s. Currently, the business class seats occupy five rows with two rows only featuring two enclosed suites, reducing the capacity of the cabin. Despite the change in product, the airline vows to offer the seats at a reduced price.

In the back of the aircraft, JetBlue has promised to maintain the same experience that it features on its current aircraft. On the A321 fleet, this includes seats with 33-inches of pitch, personal in-flight entertainment screens, 110v AC power outlets and USB charging ports.

With this new routing, JetBlue aims to return to its roots of serving the underserved and bringing low fares to overpriced markets. For now, JetBlue begins the long regulatory process that will include applying for the necessary certifications, slots and routes as it prepares for 2021.