When D-AVZO, the new Airbus A321LR’s test airframe, touched down on Toulouse in the early morning of March 30, it had completed its longest trip to date.  The 11-hour long flight departed La Pointe Larue Airport, in the Seychelles Islands off the coast of Africa and flew to Airbus’ Toulouse headquarters in the South of France.

The A321LR is completing certification tests under different operating conditions. This particular flight was configured to test the aircraft’s response to a long-haul, passenger loaded operation. With the weight of 162 occupied seats, 11 technicians and a crew of five members, the aircraft flew over 4,700 nautical miles -considering headwinds and other operational factors- in what Airbus engineers defined as a “flawless” flight. 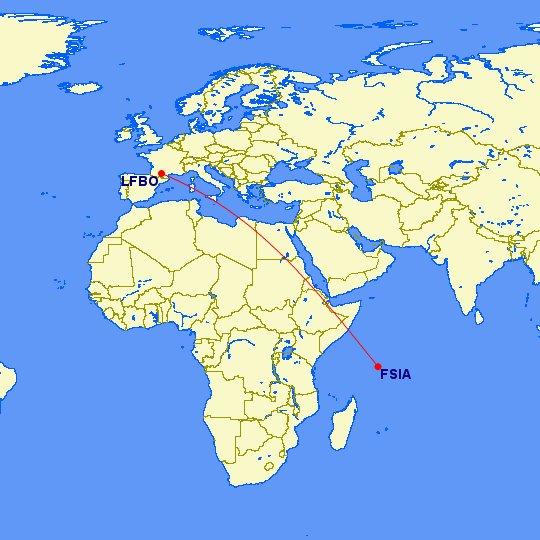 D-AVZO is equipped with three additional center tanks, and according to the design specifications, it is expected to have a maximum range of 4,000 nautical miles, far below the distance traveled on this record-breaking flight. Nevertheless, Airbus is finding that the operational capability of the variant is steadily and constantly surpassing its performance predictions.

A few days before, the A321LR Test Team completed the hot and dry certification tests in Sharjah, UAE, without flaws or failures. The next step for the testing crew is heading to Sweden, where it will conduct the cold weather tests at Kiruna.

The A321LR is Airbus’ designated competitor in the Middle of the Market segment, and at this point, the only player in the market, as Boeing is still on the early stages of the 797 development and the 737 MAX 10 won’t fly until 2020. So far, the A320’s family big brother has secured about 1,900 orders.

The newest player on the transatlantic market, Primera Air, plans to use the A321LR for its transatlantic routes between North America and Western Europe. Its longest planned flight currently is Paris-Toronto at 3,752 nautical miles and just under 9 hours scheduled to begin in June. The airline plans to use the plane in a low-cost, high-density configuration. 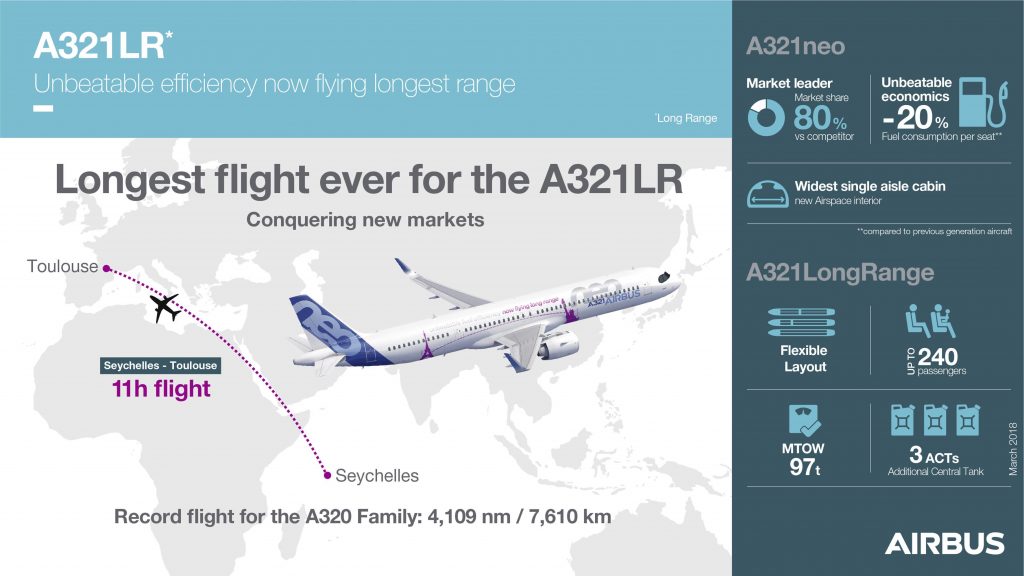 Norwegian is also considering the model to be the right choice for the range/seat gap between the Boeing 737 MAX 8 and 787 for its transatlantic routes. The aircraft would help the company to bring back the Baltimore route, dropped in early 2017, and several other routes in the Washington area. Currently, Norwegian has 30 orders for the aircraft.

Today, A321LR has all the tools to be the king on a market that Boeing abandoned a while ago. Airlines are thinking about it as the natural replacement of Boeing 757, delivering a 27 percent better cost efficiency on the same route with similar capacity.

Deemed by Airbus as “the true aircraft of choice in the Middle of the Market,” and with a calculated 80 percent of the market share, the A321 Long Range version is here to stay and conquer the North Atlantic crossing. Its rivals? Either two years away from their first flight or still on the drawing board.