Atlanta-based Delta Air Lines reported a nearly $5.4 billion net — after-tax —loss in the third quarter on Tuesday morning as the airline became the first major U.S. carrier to release figures for the period. This came even as the airline has continued to work to lower cash burn and operate more efficiently across its route network.

The carrier’s $2.6 billion adjusted pre-tax loss — a loss of $3.30 per share — came on the back of $2.6 billion in adjusted revenue, leaving the airline bringing in approximately 20% of the business it did in the third quarter of 2019. Delta President Glen Hauenstein said the road to recovery would be a long one, likely extending into late 2022 and beyond.

“With a slow and steady build in demand, we are restoring flying to meet our customers’ needs, while staying nimble with our capacity in light of COVID-19,” Hauenstein said.  “While it may be two years or more until we see a normalized revenue environment, by restoring customer confidence in travel and building customer loyalty now, we are creating the foundation for sustainable future revenue growth.”

The airline’s adjusted loss number excludes a $4 billion charge of one-time costs “related to the impact of COVID-19 and the company’s response.”

The airline said these include fleet restructuring costs — Delta recently retired its Boeing 737-700 fleet, is storing many of its aircraft and is poised to retire its Boeing 777-200s — and the costs of opt-in early retirement and severance packages some employees took to avoid furloughs and layoffs. Approximately 18,000 employees took part in that program.

The airline, however, did not meet Wall Street’s expectations, leading its share price to fall in early trading. 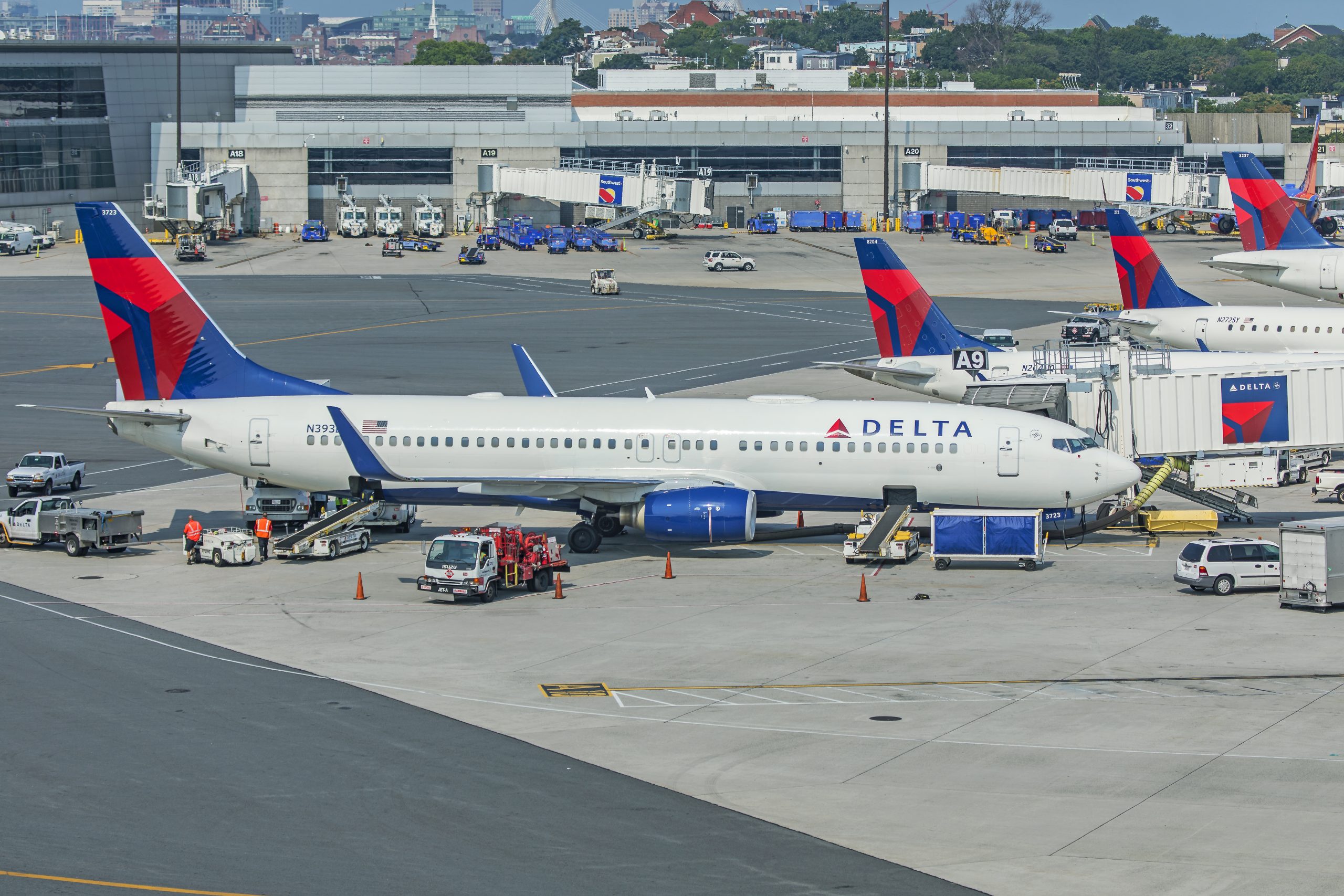 Delta has committed to blocking middle seats on all flights through at least early 2021. (Photo: AirlineGeeks | William Derrickson)

More Traffic, But Not Enough

The third quarter was punctuated by traffic numbers that fluctuated but were largely higher than throughout the second quarter. According to the Transportation Security Administration, almost 64 million travelers were screened at security checkpoints at U.S. airports from July 1 through Sept. 30. That represents a 150% increase from the second quarter but only 29% of the total from the same period in 2019.

That bump is likely a result of the nature of two factors. First is the nature of the season itself, with the third quarter being partially comprised of the majority of the perennially busy summer holiday. And second is the falling of case numbers across the country and rising comfort with air travel among the U.S. public.

“While our September quarter results demonstrate the magnitude of the pandemic on our business, we have been encouraged as more customers travel and we are seeing a path of progressive improvement in our revenues, financial results and daily cash burn,” said Ed Bastian, Delta’s Chief Executive Officer.

But even with rising numbers, Delta was still hit with brutal performance, leaving the question of whether Delta will be the norm or an outlier.

The airline also led off the second quarter airline earnings season three months ago with figures that ended up among the worst out of the four U.S. giants. United Airlines is slated to announce its performance Oct. 15 with cross-town competitors American Airlines and Southwest Airlines coming a week later on Oct. 22.