In an age where more-and-more airliners fall by the retirement wayside, a Boeing 747 sitting alongside Interstate 10 near Tucson, Ariz. is finding new life. But this time the jet won’t be traversing the skies, instead being commissioned to serve sushi to patrons on the ground.

The aircraft, registered as N3439F, is located just east of Pinal Airpark in Marana, Ariz., which is famous for countless stored and scrapped jets. Even though its wings have been clipped — quite literally actually — N3439F will not see the full extent of the scrapyard.

The 34-year-old airframe was adopted from the storage yard by Toshikazu Tsukii, who goes by the nickname ‘Ski.’ 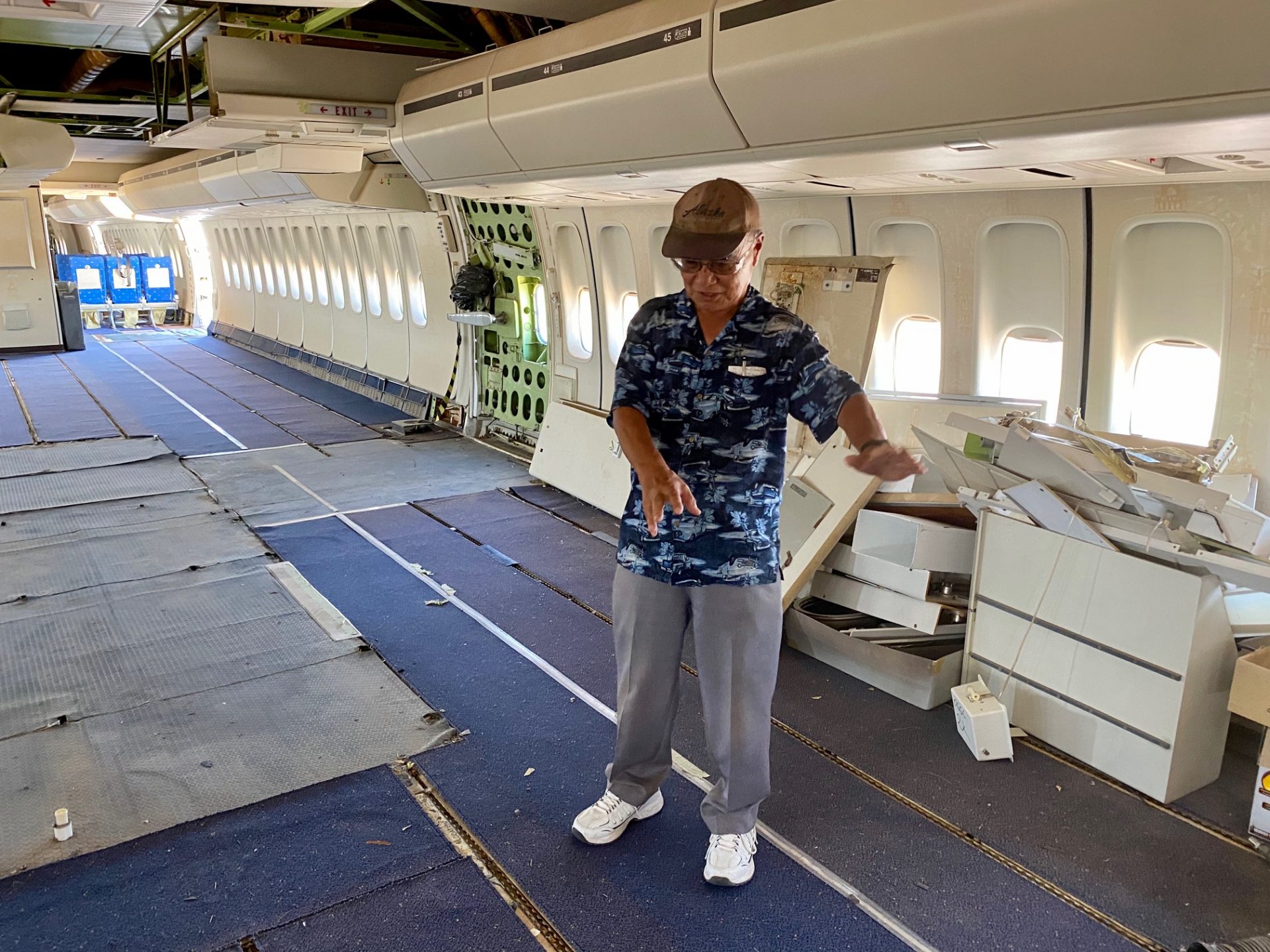 ‘Ski’ himself inside his newly-adopted 747 airframe (Photo: AirlineGeeks | Ryan Ewing)

Ski is no stranger to the aviation realm. The Japan-native has spent over three decades in various engineering roles, including the Japan Patriot Missile Program with Raytheon. Ski continued his career with Raytheon up until 2016 when he retired.

Also an entrepreneur, Ski founded Aero Conversion Solutions, LLC, which is based in Tucson. He is best known for constructing a house out of airplane parts, which took hold of the global aviation community online.

“I have 26 patents, so I have 26 different products for all types…furniture and all kinds of stuff…airplane parts,” Ski shared while aboard his newly-converted airframe. 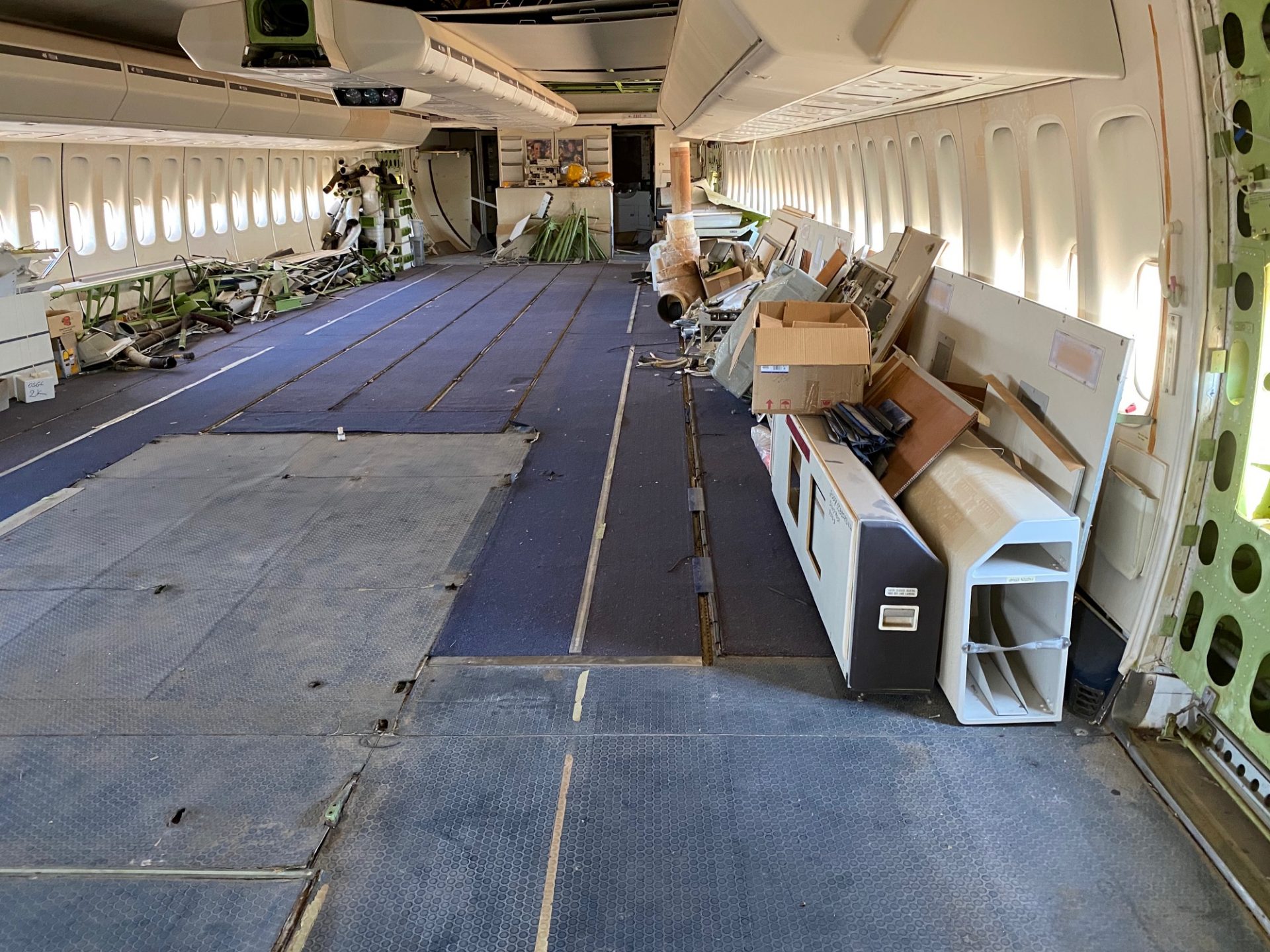 A Furniture Store and Sushi Restaurant

Once the world’s largest commercial airliner, the 747 offers plenty of square footage to entertain, even on the ground.

Ski is looking to initially make the area a selling space for his aviation-themed furniture items. He also wants to experiment with the space seeing what fits best, whether that’s a hotel, event space or sushi restaurant.

“It is going to be a sushi restaurant,” adds Ski. 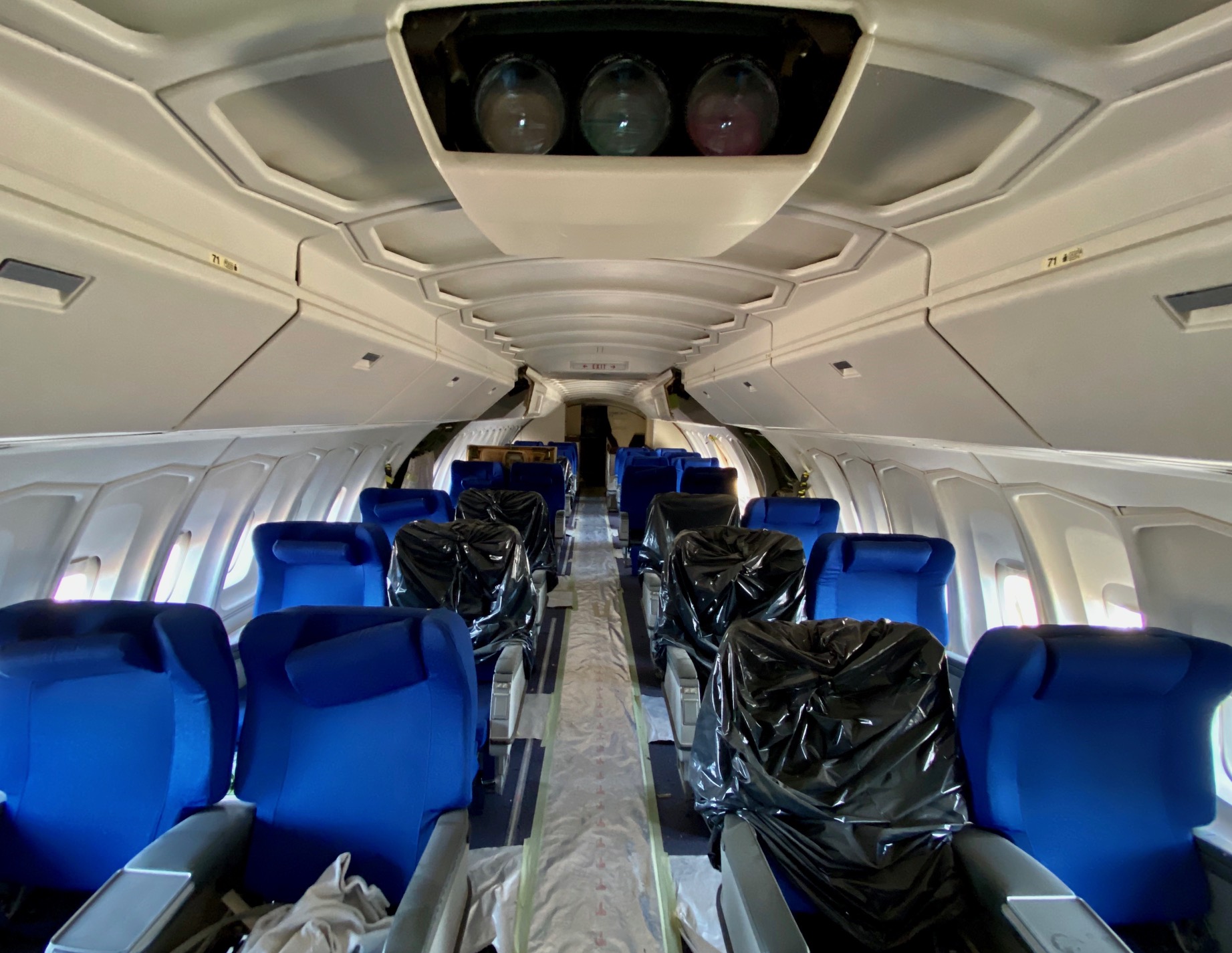 The former engineer also entertained the idea of turning the jet into a rental event space for meetings, weddings and other events. Not many couples can say they tied the knot on the Queen of the Skies.

The possibilities are endless for an airplane that traversed just about every corner of the world.

Ski’s 747 is indeed unique, having maintained a long-standing history in the European airline industry. Not only is it one of 76 747-300s produced, but it also flew for Belgian carrier Sabena.

The now-defunct airline ceased operations in May 2001 after 78 years in operation. At its peak, the airline had a total of 108 aircraft in service, flying around the world. The fleet included 10 747s, many of which have since been sent to the scrapyard. 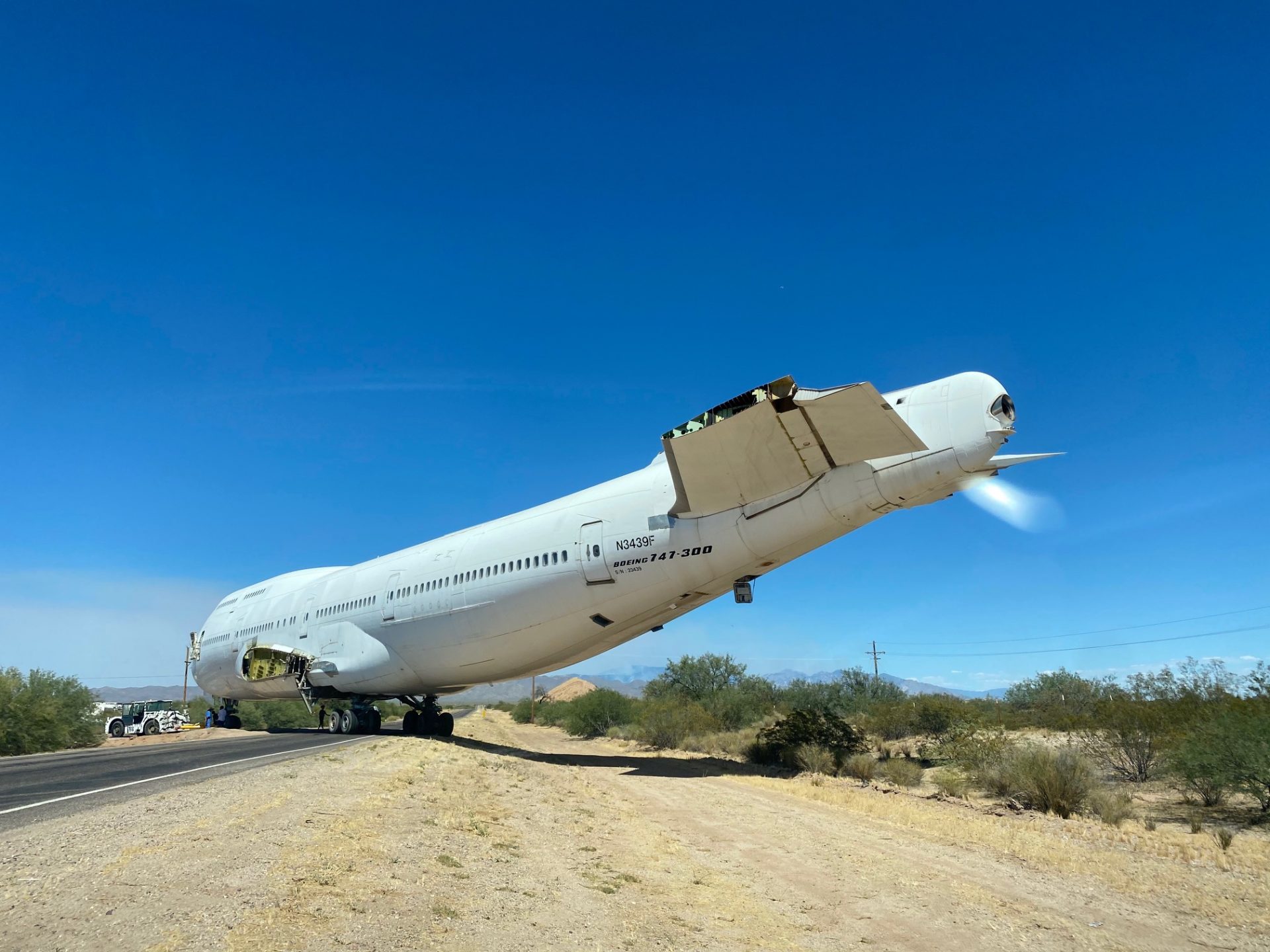 The soon-to-be public space sitting alongside Interstate 10 was acquired by a capital firm in 2003 and has sat at Marana Airpark since awaiting a new owner. It was nearing the scrapyard had it not been for Ski.

N3439F — formerly registered as OO-SGC — is one of the last remaining relics of Sabena. A quick walk through the aircraft’s dismantled cabin still shows signs of the extinct airline. Etching on the walls is artful and highlights Belgium’s architectural culture. Several advertisements still exist in the aircraft as well, harkening back to a different era of travel. 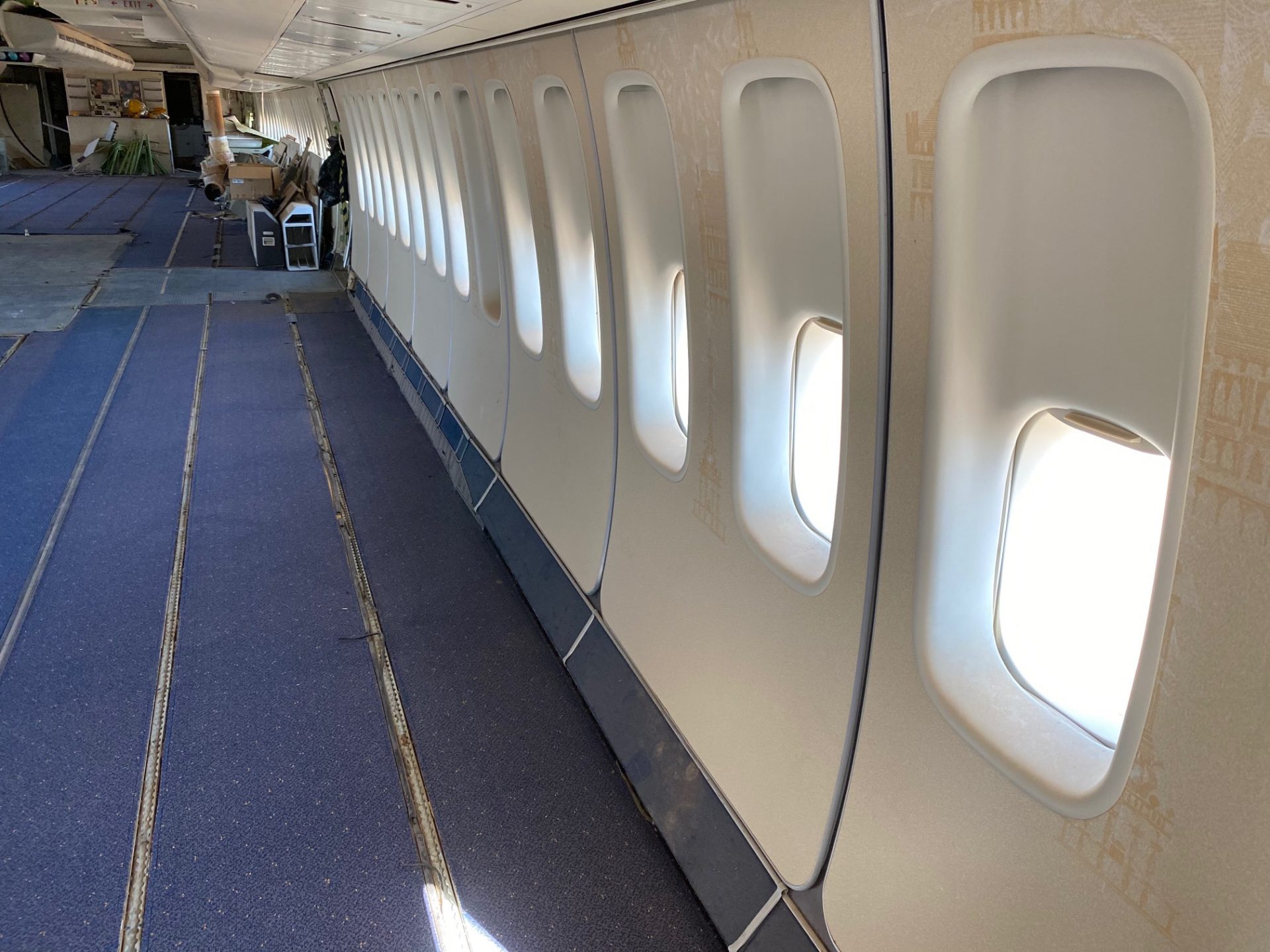 With COVID-19’s hold on the airline sector remaining strong, the 747’s passenger days are numbered. Tsukii’s hopes his 747 will serve not only a novel event space, but also a museum dedicated to a jet that changed history. 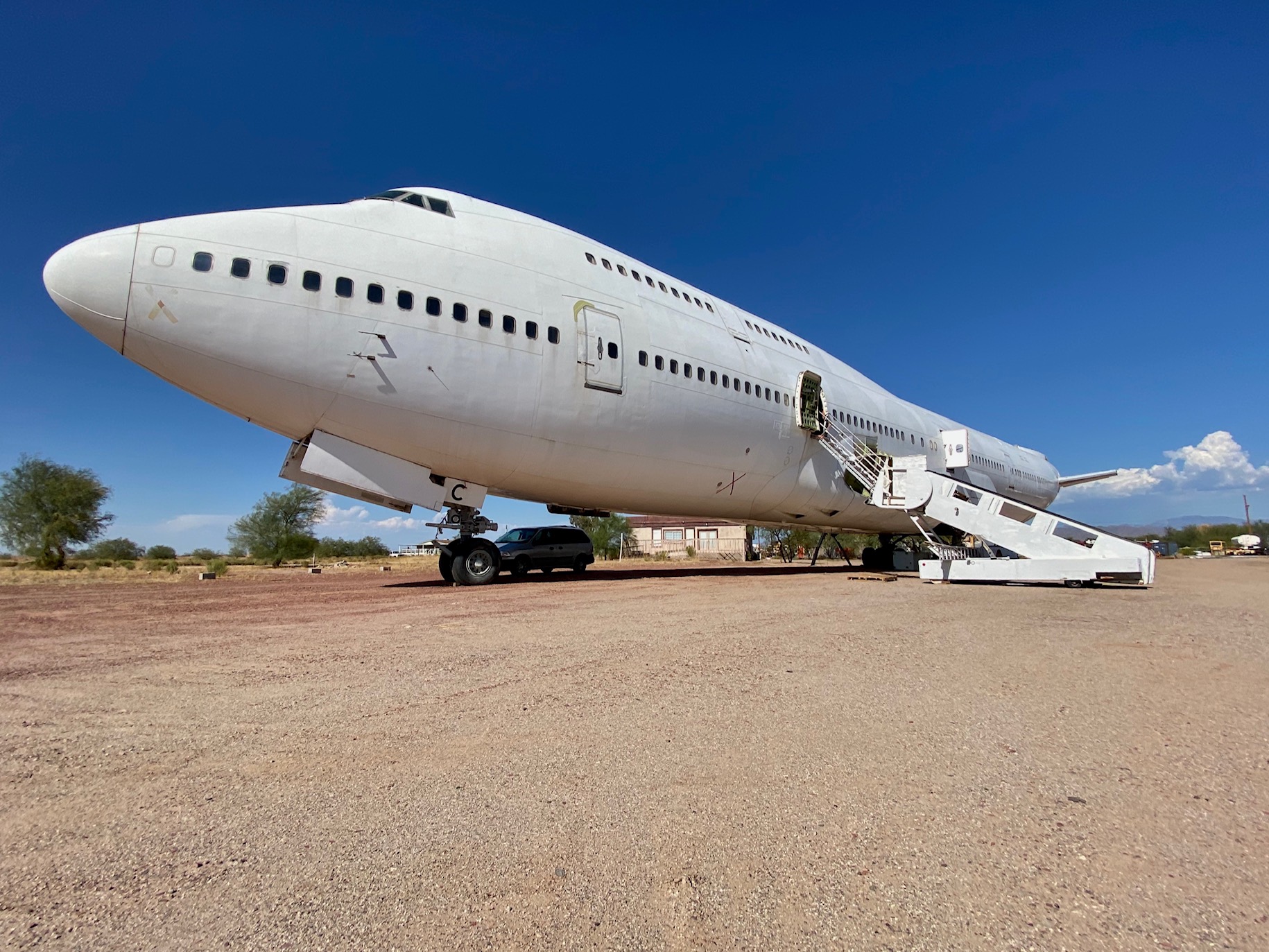 Ski’s 747 on display alongside the road in Marana, Ariz. (Photo: AirlineGeeks | Ryan Ewing)

Air Canada on Thursday revealed a new special retro livery on one of its new Airbus A220 aircraft. The plane,…

SAS has signed an engine purchase and services agreement with CFM. The agreement confirms the airline's use of LEAP-1A engines…