One of Azul’s two cargo Boeing 737-400s is loaded in Campinas before taking water to Macapá, Amapá. (Photo: Azul)

Brazil’s three major airlines united to help a state that plunged into crisis this week. More than a week into a blackout that left the entire state of Amapá without energy and lacking basic services, Azul Brazilian Airlines, GOL Airlines and LATAM Brasil assisted the Federation Unit by transporting tons of supplies to the area for free.

Although Amapá is now rationing energy throughout the day — which has provided at least some semblance of normality — cities are still seeing protests because 13 areas have to take turns of three to four hours with and without energy during the day, according to G1. On Friday, Amapá’s Company of Electricity said it would take another 13 days until the situation is completely normalized. With Brazil seeing municipal elections this Sunday, the Superior Electoral Court (TSE) decided to postpone Macapá’s voting day.

Most of the supplies were donated by Sabesp, the Basic Sanitation Company of the State of São Paulo, which gave 32 tons of mineral water that was available in the company’s stock. That decision was made despite the fact that the state includes the northernmost point in the country, thousands of miles away from the company’s home in São Paulo, and has a capital located far from the company’s headquarters.

According to a press release published by Sabesp, of the more than 161,000 200 milliliter glasses of water distributed, with more than 100,000 transported by Azul Cargo Express, more than 33,000 by GOLLOG and more than 26,000 by LATAM Cargo Brasil, through its program Avião Solidário. After the unloading in Macapá, the distribution is in the hands of the Brazilian Army and of the Diocesan Caritas of Macapá, a charity association of the Catholic Church.

“Lack of water is a huge trouble and, in times of pandemic by the coronavirus, the situation gets even more dramatic. [This] is an action of institutional solidarity by Sabesp, because [it] takes care of sanitation and [it] distributes quality water, as is a citizenship act by all of us, workers in the company,” said Sabesp CEO Benedito Braga in the release.

Azul, additionally, had already transported donations to Macapá in the previous weekend after workers of its base in Belém started a contribution campaign to aid the state in need. So far, the airline says more than 105 tons of provisions were collected. 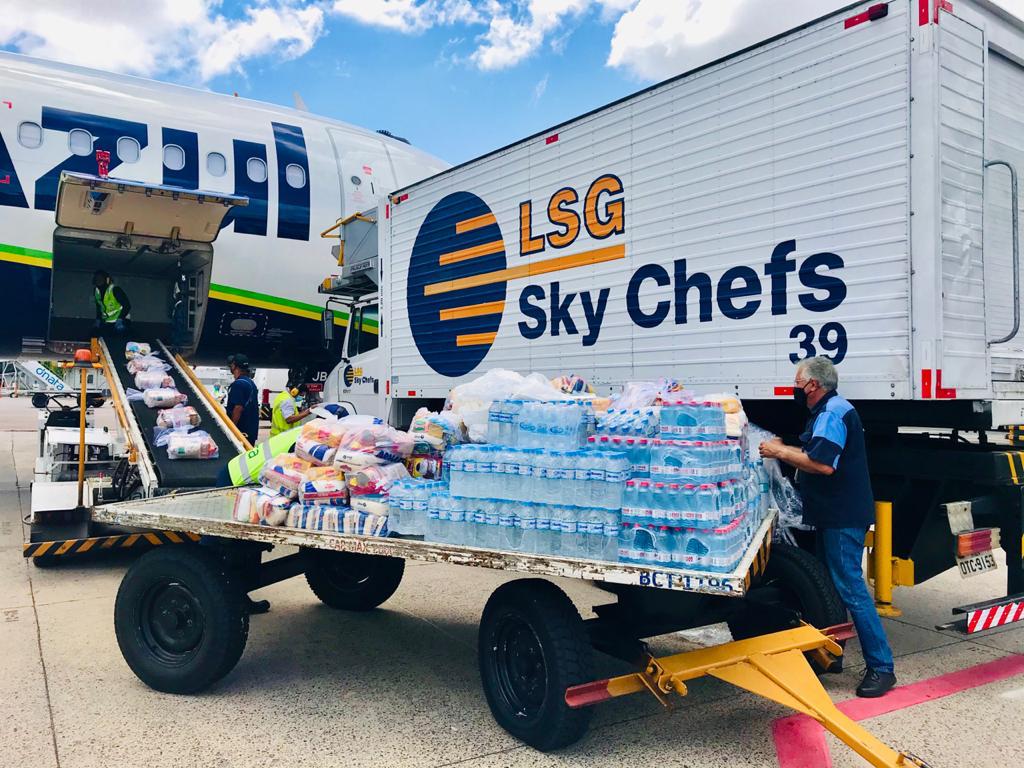 Donations to Macapá are loaded in one of Azul’s A320neos. (Photo: Azul)

While the shipment provided by Sabesp was sent in one of the airline’s freighter Boeing 737-400s from its hub in Campinas, São Paulo state, the transportation from Belém is currently taking place in the airline’s regular operations between the city and Macapá.