In a press release, United Airlines announced on Wednesday it has finalized an agreement to work with air mobility company Archer in an effort to invest in emerging technologies that reduce air travel’s carbon emissions. Archer is currently developing aircraft that take off and land vertically, relying on electric motors rather than combustion engines, and is referred to internally as Electric Vertical Takeoff and Landing (eVTOL).

The aircraft have significant potential for use in air taxi services in urban markets. Today, air taxis are far from widespread and, where they do exist, often rely on helicopters that use traditional engines. While such services have yet to gain widespread use outside of sightseeing, companies like Boeing, Airbus, Hyundai, Toyota and Uber are all developing their own air taxi systems.

“Under the terms of the agreement, United will contribute its expertise in airspace management to assist Archer with the development of battery-powered, short-haul aircraft,” United’s statement reads.

“Part of how United will combat global warming is by embracing emerging technologies that decarbonize air travel. By working with Archer, United is showing the aviation industry that now is the time to embrace cleaner, more efficient modes of transportation,” United Chief Executive Scott Kirby said in the statement.

United estimates that flying from Hollywood to Los Angeles International Airport in an Archer eVTOL aircraft could cut CO2 emissions by up to 50% compared with other traditional modes of transport.

“With the right technology, we can curb the impact aircraft have on the planet, but we have to identify the next generation of companies who will make this a reality early and find ways to help them get off the ground,” Kirby added. “Archer’s eVTOL design, manufacturing model and engineering expertise has the clear potential to change how people commute within major metropolitan cities all over the world.” 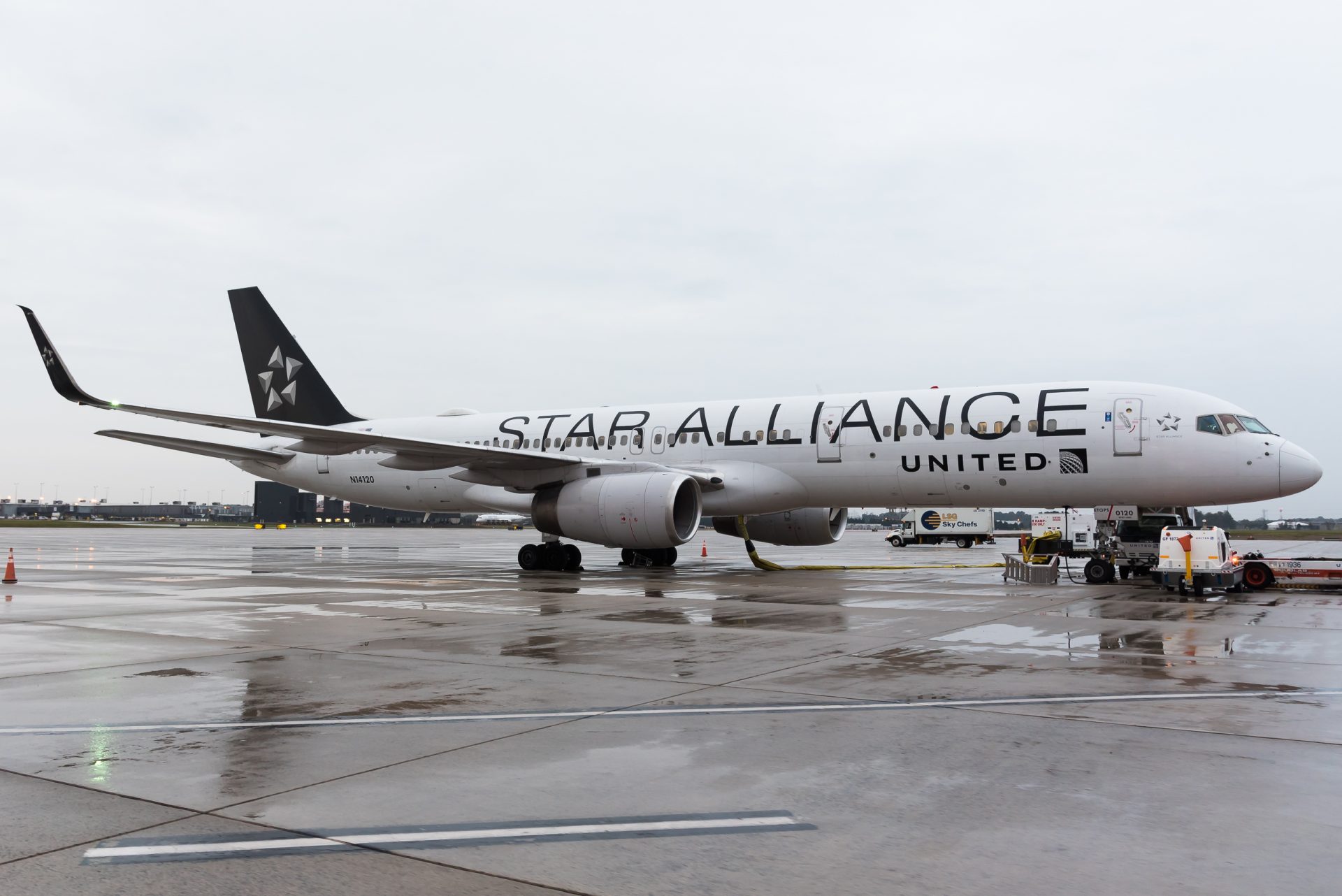 United says that it will partner with regional carrier Mesa Airlines to acquire up to 200 eVTOL aircraft from Archer once the aircraft “have met United’s operating and business requirements.” United will likely not operate these air taxi services themselves but will outsource flight operations to a partner, like Mesa, that will operate under United branding.

“Looking at how quickly the country has adopted electric vehicles, electric aircraft are a logical next step,” said Mesa Chairman and Chief Executive Jonathan Ornstein. “It is an exciting time for Mesa as we lead the regional industry into a more environmentally friendly future and build upon the company’s long tradition of embracing new technology. We are looking forward to working with the team at Archer and our partners at United to bring this new technology to market.”

United has not released many details about how air taxi services will fit into their business model. However, they plan on starting by offering flights to their hub airports and offering commuter services in dense urban areas.

Such a model will substantially increase United’s presence in travel. Being able to get from the airport to a meeting, hotel or other landmark in a city in the air without sitting in traffic, often on highways connecting airports that are rather far from population centers, will incentivize passengers, especially business travelers with tight schedules, to book a trip with United over its competitors, who are not currently poised to compete in the air taxi market. While United is taking a big risk on a relatively unproven technology in an industry that relies heavily on aircraft with proven safety records, it is also positioning itself for a huge boost in revenue and image if Archer’s aircraft prove safe and reliable. 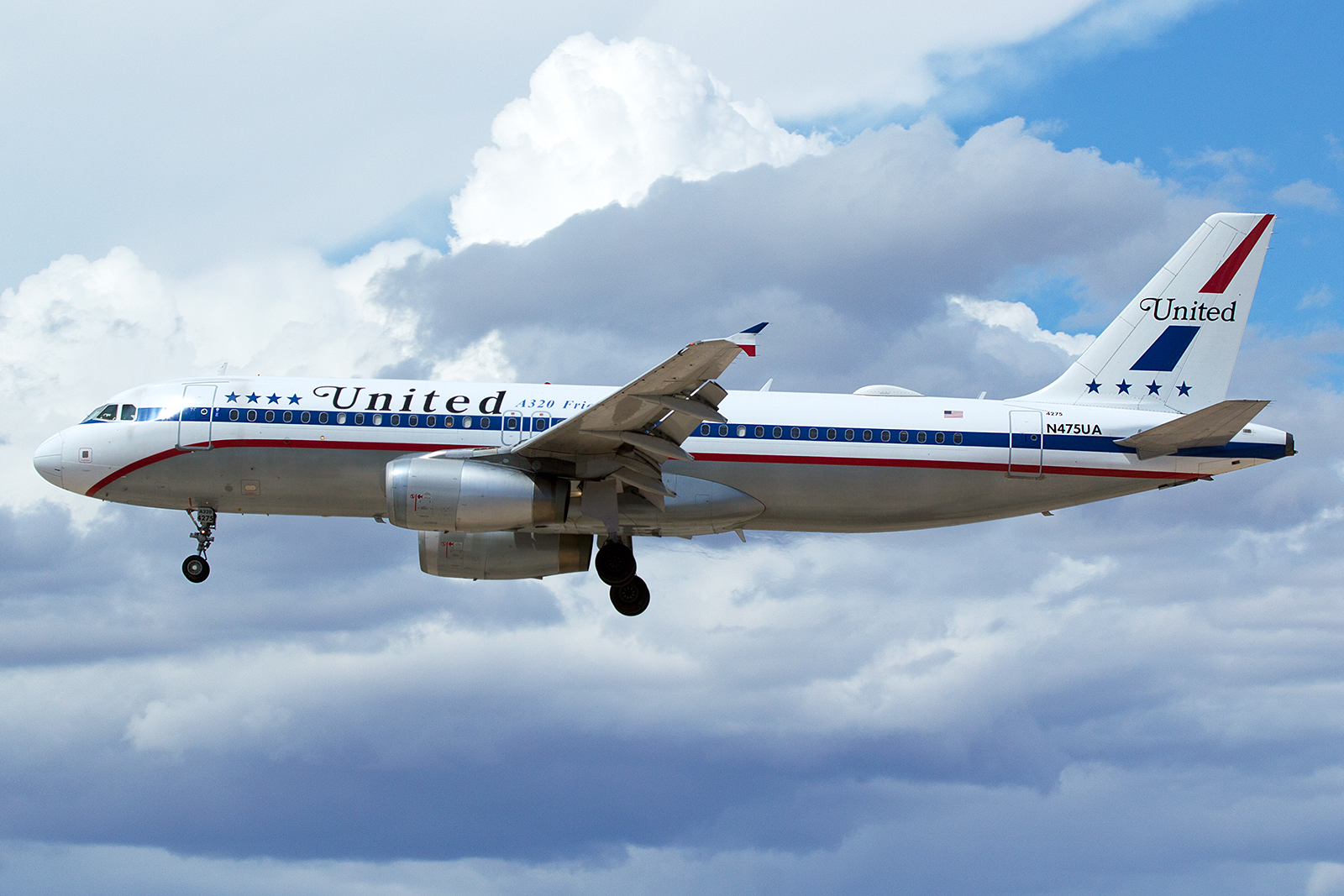 A United A320 in a retro livery landing in Las Vegas.
(Photo: AirlineGeeks | William Derrickson)

United has yet to announce what the onboard experience will be like on these eVTOL aircraft, how close landing sites will be to airport terminals or where exactly it plans to serve first.

“Working with Archer is another example of United’s commitment to identifying and investing in innovative technology that can reduce carbon emissions while also improving the customer experience and earning a strong financial return,” United wrote.

“We couldn’t be happier to be working with an established global player like United,” Brett Adcock, co-chief executive and co-founder of Archer, said in United’s statement. “This deal represents so much more than just a commercial agreement for our aircraft, but rather the start of a relationship that we believe will accelerate our timeline to market as a result of United’s strategic guidance around [Federal Aviation Administration (FAA)] certification, operations and maintenance.”

Archer is currently working to raise over $1 billion through a merger with Atlas Crest Investment Corp valued at $3.8 billion. If formalized, United’s firm purchase of 200 aircraft woud be valued at $1 billion; the airline’s order includes options to purchase 100 more eVTOL aircraft, which would add $500 million to the order if all are taken. Archer is also working with Stellantis, the new company formed by the merger of PSA Peugeot and Fiat Chrysler, to manufacture the carbon fiber fuselage of its aircraft.

“It’s pretty incredible to think how big this market can be,” Archer co-founder and co-CEO Adam Goldstein said. “The partnership with United really gives us a chance to get to market first and really helps us accelerate our timeline.”

“We want this to be a really affordable mass-market transportation solution,” Adcock added. “Our entry point is around $3 per passenger mile in these markets, which is roughly equivalent to maybe a ride-sharing company today.”

This announcement comes a day after Joby Aviation, another electric aircraft manufacturer, announced both a partnership with the US Air Force’s Prime Agility Program and the path it has agreed upon with the FAA to certify its own tilt-rotor electric air taxi, as reported by New Atlas.

Joby purchased Uber Elevate in December and hopes to have its electric planes entering service as early as 2024. Archer has a similar timeline – it hopes to start production in 2023 and launch flights with paying customers in 2024.

Consulting firm Deloitte estimates that at least 200 companies are working on some sort of electric aircraft. Many will be aimed at cargo operations, but others are focusing on the passenger travel market, which Deloitte says could be worth $57 billion by 2035, per CNBC.

United has the most ambitious climate goal out of any major US airline. The carrier pledged last year to completely eliminate greenhouse gas emissions by 100% by 2050 and announced an investment in direct air capture technology via 1PointFive, a collaboration between Oxy Low Carbon Ventures and Rusheen Capital.

The airline also boasts that it was the first US airline to establish a climate goal, announcing initial plans in 2018, and the first airline in the world to use sustainable aviation fuel in regular operations on a continuous basis.

United’s collaboration with Mesa Airlines raises questions about the two airlines’ future together. Mesa was among the most profitable United Express partners in the fourth quarter of 2020, and rumors have floated over whether the regional airline will eventually become a member of United Group. If it will be, questions of labor agreements for the pilots, mechanics and other crew members will arise in determining who best supports these air taxi services.