Interview: Advanced Air – The Do It All Airline

Advanced Air, a Hawthorne, Calif.-based airline isn’t very well known outside of a few cities in the southwestern United States. The carrier operates in only a few cities, one of which includes the EAS (Essential Air Service) city of Silver City, N.M. and was talked about briefly in the recent ‘EAS Round Up’ which can be viewed HERE.

I had a chance to talk with the CEO and founder of Advanced Air, Levi Stockton, about this small airline and how it really is the ‘do it all’ airline.

Levi Stockton acquired the airport in 2005 before constructing a 200,000-square feet hangar space, as well as, opening the JetCenter Los Angeles building at Hawthorne Municipal Airport. 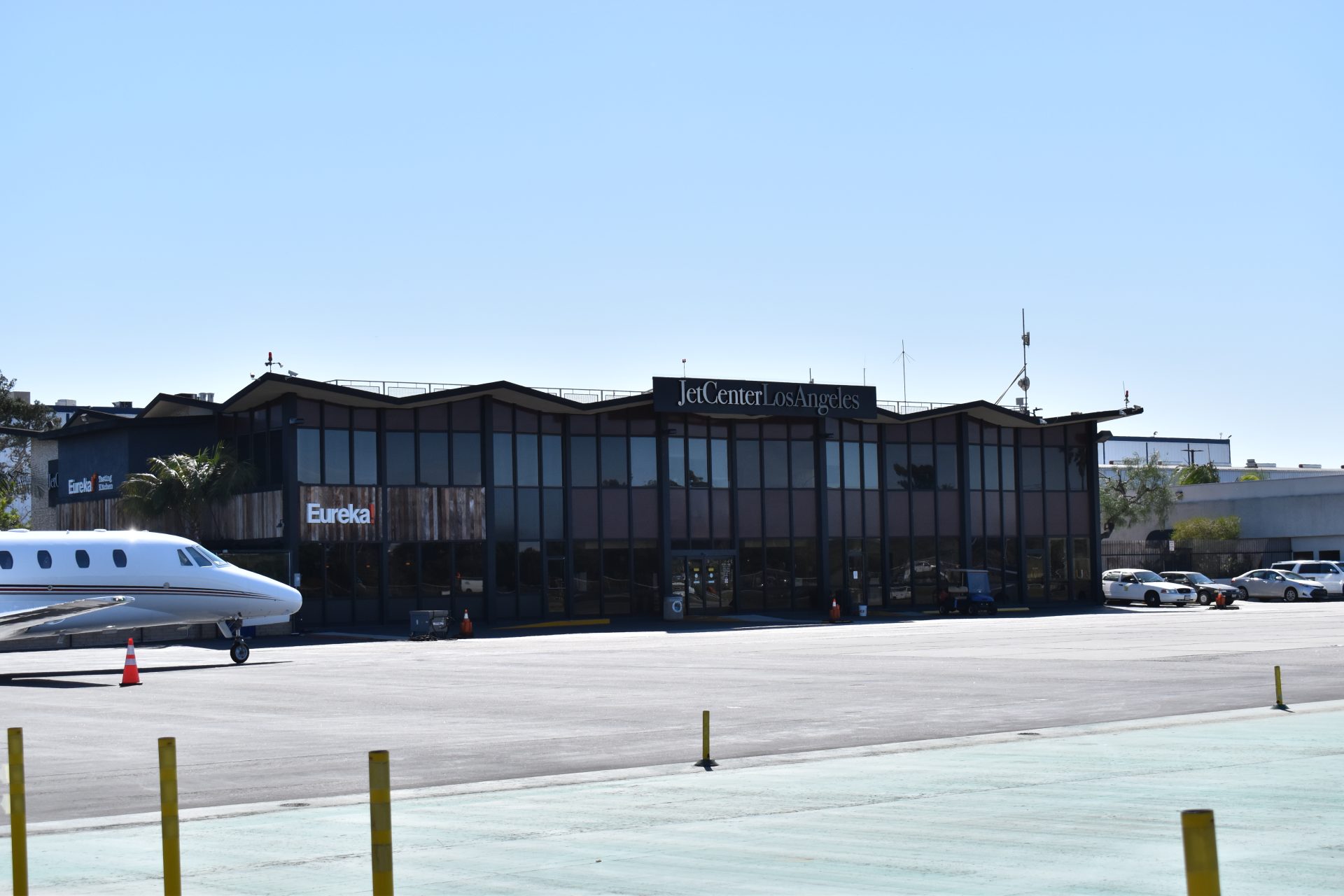 Not long after the purchase of the master lease in 2005, Levi and his fellow business partners began Advanced Air despite only being in their early-20’s. The airline actually started out as a charter company using a single King Air with Mr. Stockton as the pilot operating all flights.

The original business plan of the company was ten airplanes, one for every type of charter they might receive; three-to-five jets, one or two medium-sized aircraft and a couple of heavy jets. From the mid-2000’s they operated only charter flights, but that all changed around 2015.

Almost five or six years ago they began operating flights for Surf Air. After seeing the operations at Surf Air, it gave them the idea to start scheduled passenger flights using their own brand. They went through the process and got their commuter authority, meaning they received their Part 135 operating certificate. 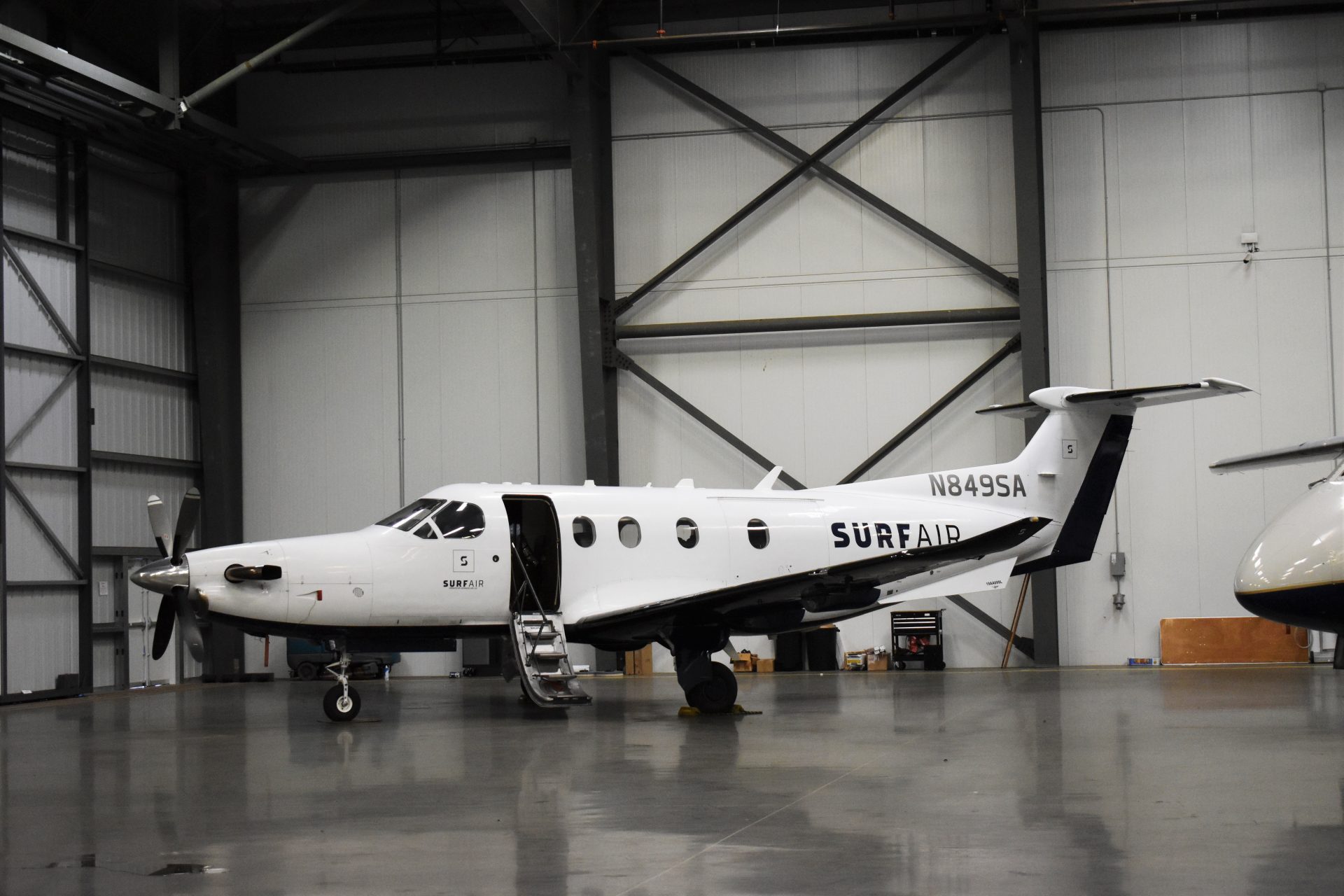 One of Surf Air’s Pilatus PC-12’s in a hangar at the Hawthorne Municipal Airport (Photo: AirlineGeeks | Joey Gerardi)

In order to ‘not put all of our eggs in one basket’, they began looking at EAS communities. This was around the time when Great Lakes Airlines went belly up, they bid on the EAS cities of Prescott and Page, Ariz. as well as Silver City, N.M.. They did not win either of the two contracts in Arizona but they did win the contract for the community of Silver City, a city that they still serve to this day.

Although operating as a scheduled passenger airline was new to them, they didn’t change their aircraft product level and continue to deliver a high-quality product using King Air 350’s which operate on the route to this day. 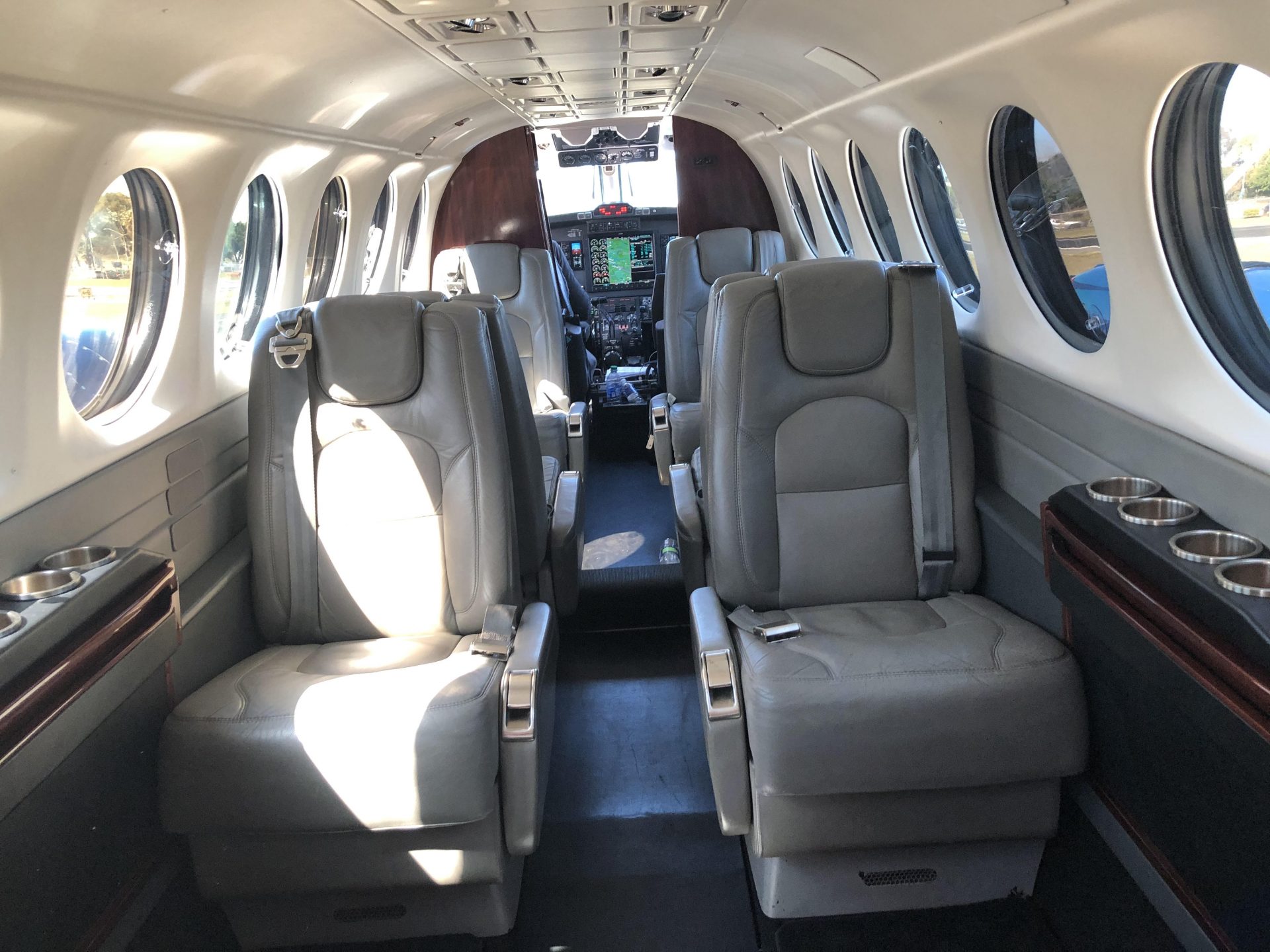 Since starting the service to Silver City, they have a 98 or 99% completion rate for the scheduled routes in and out of New Mexico. The key to being successful in the EAS markets is keeping close to home, with a base in Hawthorne, Calif. they only bid for cities in the southwestern United States, that way they can rotate aircraft back to base every three to five days.

Roughly two years ago, Advanced Air began a partnership with the Taos Ski Valley and now operates the two Dornier 328Jets in a Taos Air livery. Unfortunately due to Covid-19 the ski season was cut short in 2020 and the proposed flights to Mammoth Lakes for the 2020-21 ski season also didn’t happen. 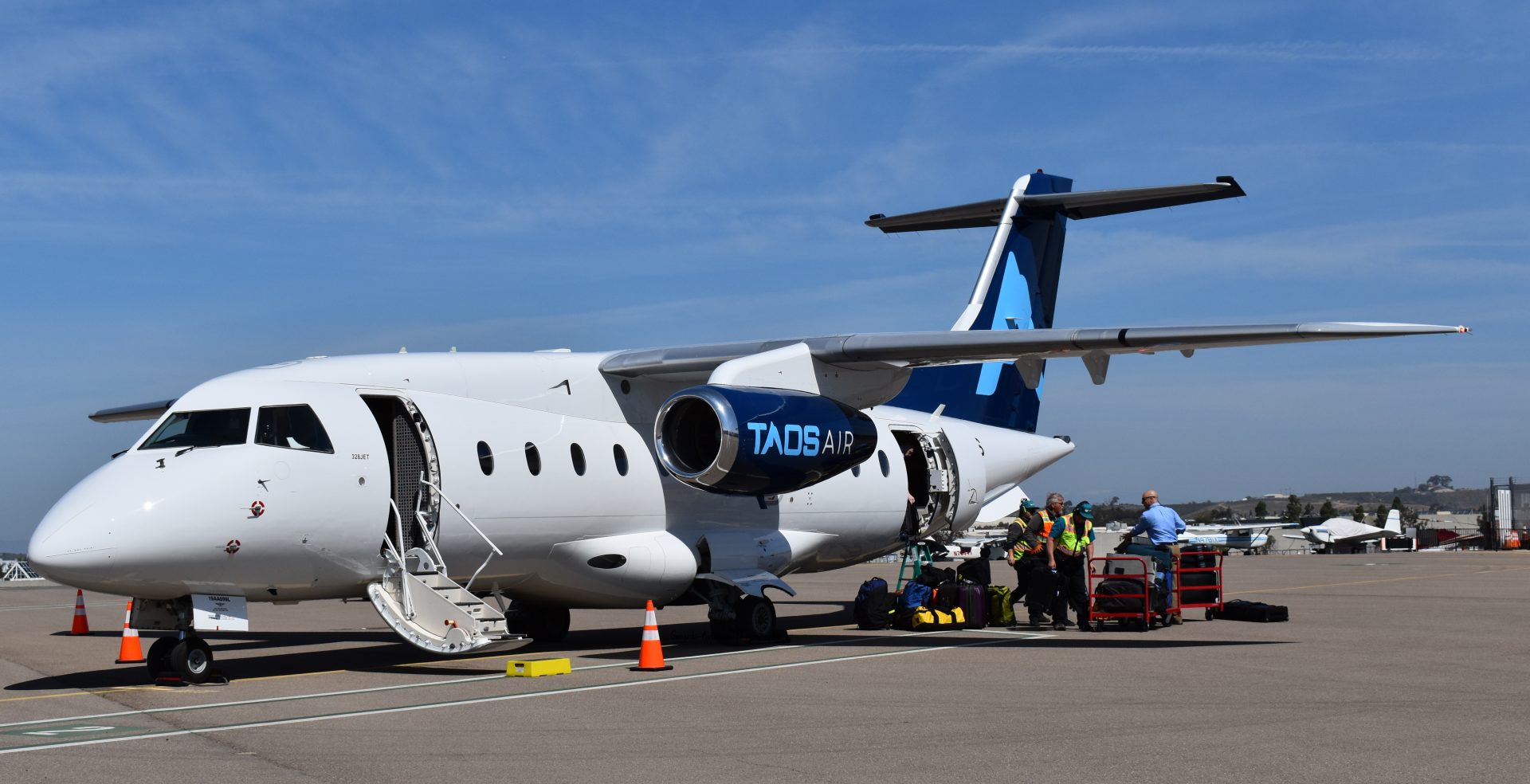 Although the ski season flights were cut short, the two Dornier 328jets can still be seen flying charters around the United States wearing the full Taos Air livery. They do plan on re-launching flights to Taos, N.M. and beginning flights to Mammoth Lakes when the conditions allow for it.

Despite Covid-19, they are very hopeful for the future. With the Los Angeles’ super bowl happening in 2022 at the SoFi stadium and the Olympics happening in Los Angeles in 2028, they see the potential for shuttles to be added for these events as the arena is located only two miles from their home base.

After talking with Levi about the history of the company, I had a chance to ask him some questions.

AirlineGeeks(AG): I know you said you own the master lease at the Hawthorne Airport, except the runways and taxiways, what about the control tower?

Levi Stockton(LS): The control tower is actually a contract tower with the FAA, we do own the land around the building but not the tower itself is. 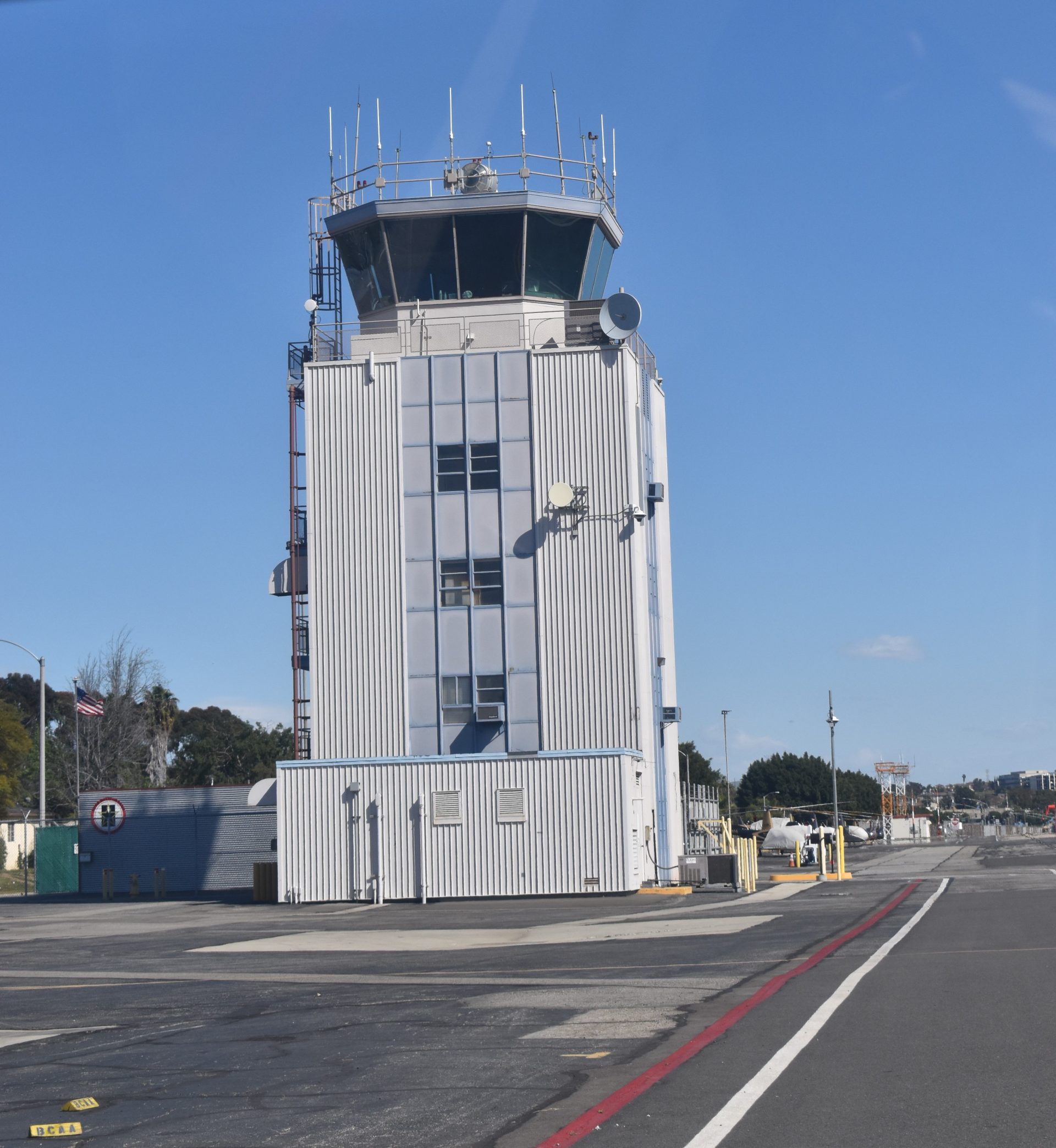 (AG): I know you briefly mentioned you want to keep your scheduled destinations within two or three flying hours of Hawthorne. California is home to three EAS communities [Merced, Crescent City, and Imperial] do you have any plans on bidding for these communities the next time they become available?

(AG): You operate Phoenix [Sky Harbor] to Hawthorne which is not part of an EAS contract, do you see the airline operating scheduled flights on shorter routes to popular tourist destinations from Hawthorne like Mexico?

(LS): We do a ton of charters to Mexico and sometimes we do operate Phoenix [Sky Harbor] to Hawthorne up to three times per week. I think the answer is yes, but were a little bit more practical than these other companies, we need to see the demand and we want to make sure that it actually makes sense. We are very interested in the Palm Springs, Calif. market and some seasonal markets, like ski resort type flying. 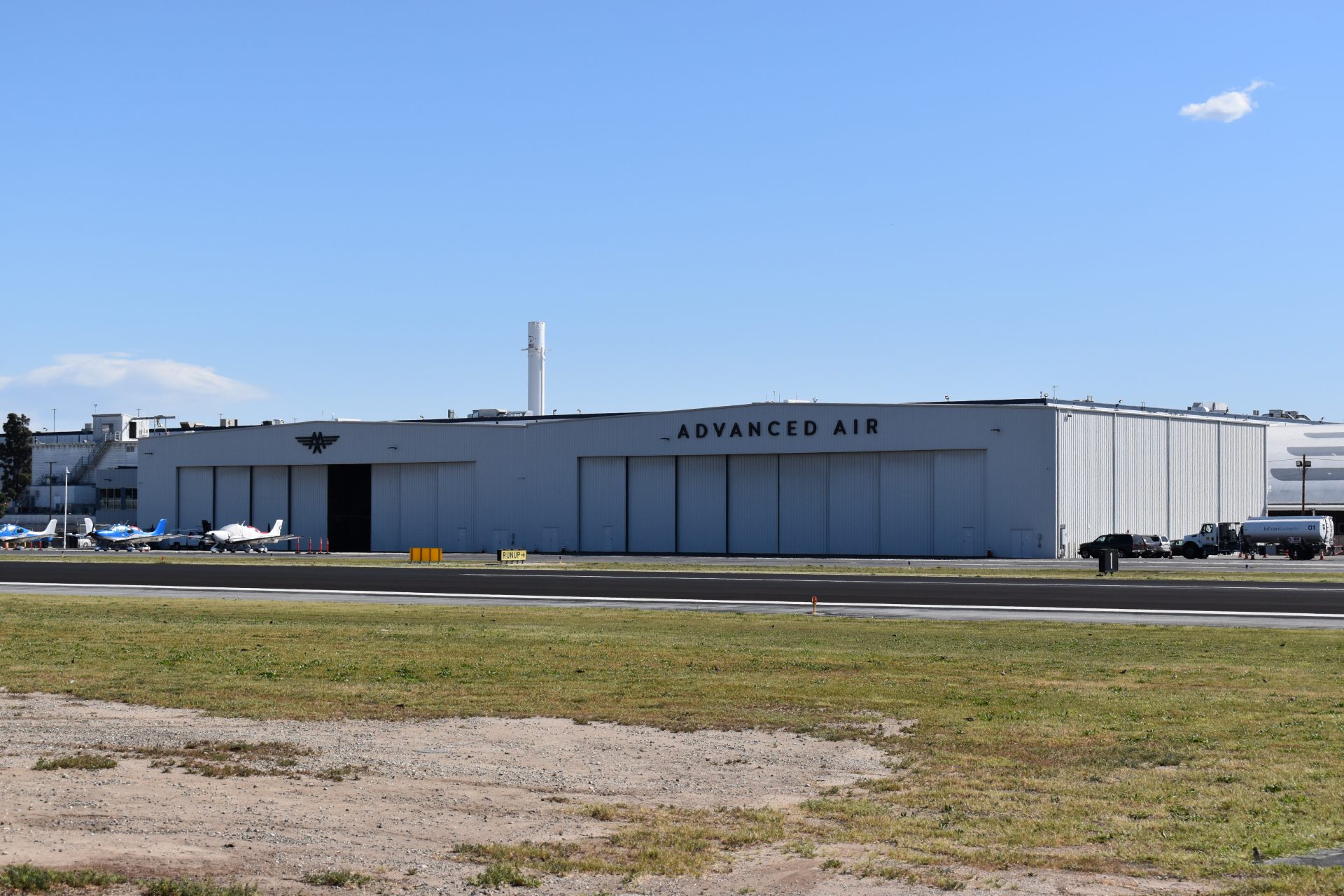 (AG): I know you mentioned you had some other ski destinations in mind for potential new destinations, can you name a few?

(LS): At this point in time, they are just thoughts, no concrete or solid plans that are worth naming specifically.

(AG): Surf Air leases space from you at Hawthorne, do you work in partnership with them at all?

(LS): Yes, we operate all of Surf Air’s fleet and we are their sole operator. At first, they were just an airport tenant but our partnership grew and about three-in-a-half years ago we began operating all of their flights.

(AG): Would you say the airline caters to business or leisure travelers more?

(LS): This is one of the interesting things about us, we bring this high-end business type product to the flying public in places like Silver City. All our aircraft have the same interiors, one day it will be flying the EAS route to Silver City, and the next day it might be flying a charter to Cabo. We started as a high-end charter company as that is what our brand is about, but we have evolved into an airline with all of the high safety ratings and certificates that are required for an airline. 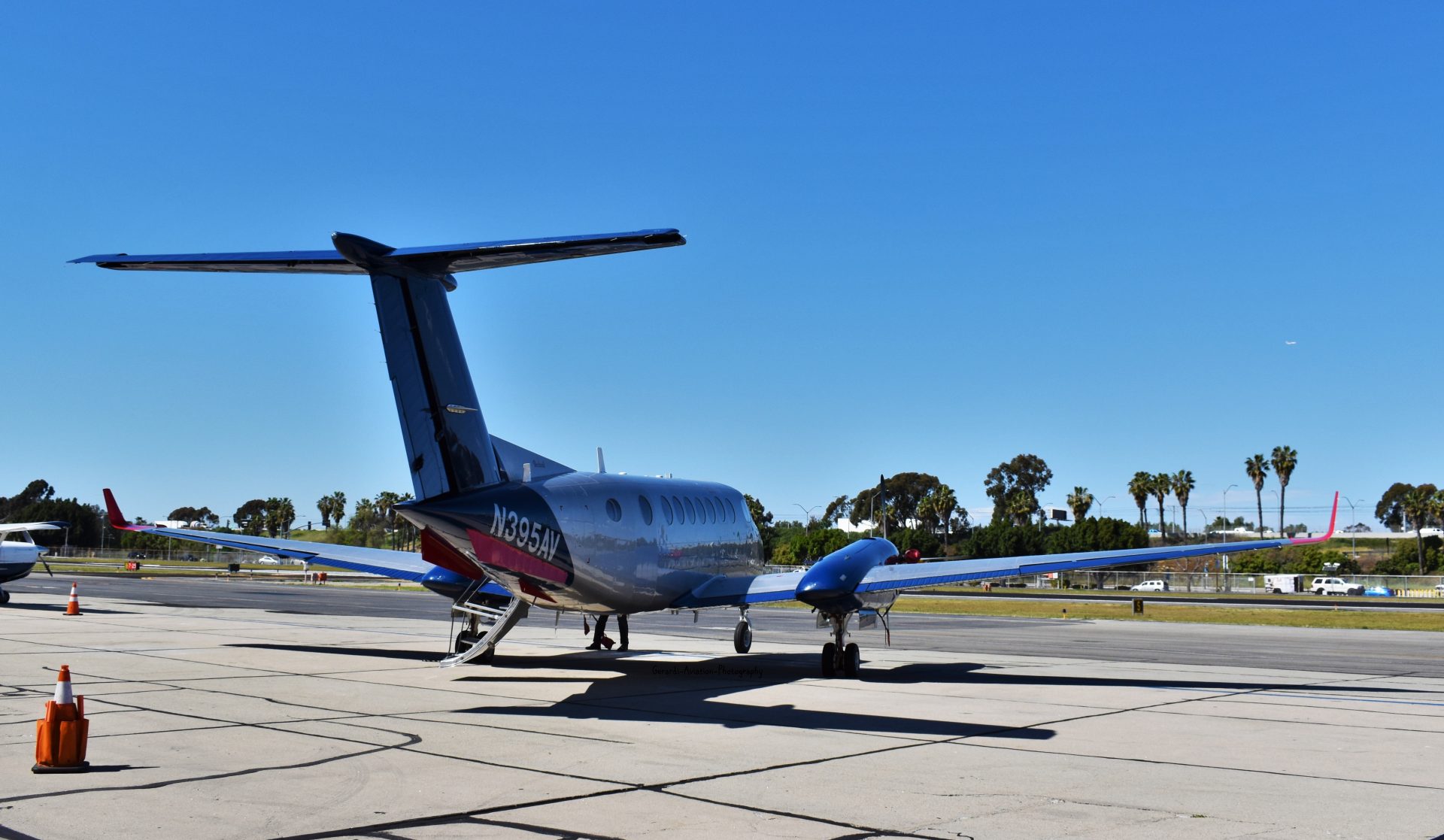 (AG): When bidding for EAS contracts, one of the things cities want from a carrier is codeshare and baggage agreements so they can connect to other destinations. Does Advanced Air have any agreements like this?

(LS): We don’t, but in routes like Silver City it’s really not relevant. They don’t have TSA out of Silver City, so you’d have to clear your bags and go through TSA when you get to Phoenix or Albuquerque anyways. With that being said, we are in talks with some major airlines about interline agreements and we hope to have some soon.

(AG): After Covid-19 is gone and travel once again picks up, what does the future hold for Advanced Air?

(LS): We are looking into some large heavy aircraft so we can do worldwide operations, once the Challenger 350 comes on board we will be working with the FAA to get worldwide operations up and running. Definitely adding more 30-passenger aircraft and looking into new markets for them.  We are unique in that we can operate a wide range of flights with the aircraft we have, we could be operating scheduled routes to our EAS community on one day, flying cargo the next day, and fly hazmat material the day after that. Even this year it is amazing to see how our passenger numbers have dropped significantly, but we have flown a lot of cargo including the vaccines up to the Bay Area. Having this diversity and being able to look towards different channels for revenue has helped us survive. We got to this point growing organically, taking it one step at a time and coming to the right decisions for the company and we will continue to do that for years to come.

Thank you Levi Stockton for talking to us about your airline and how diverse it really is. 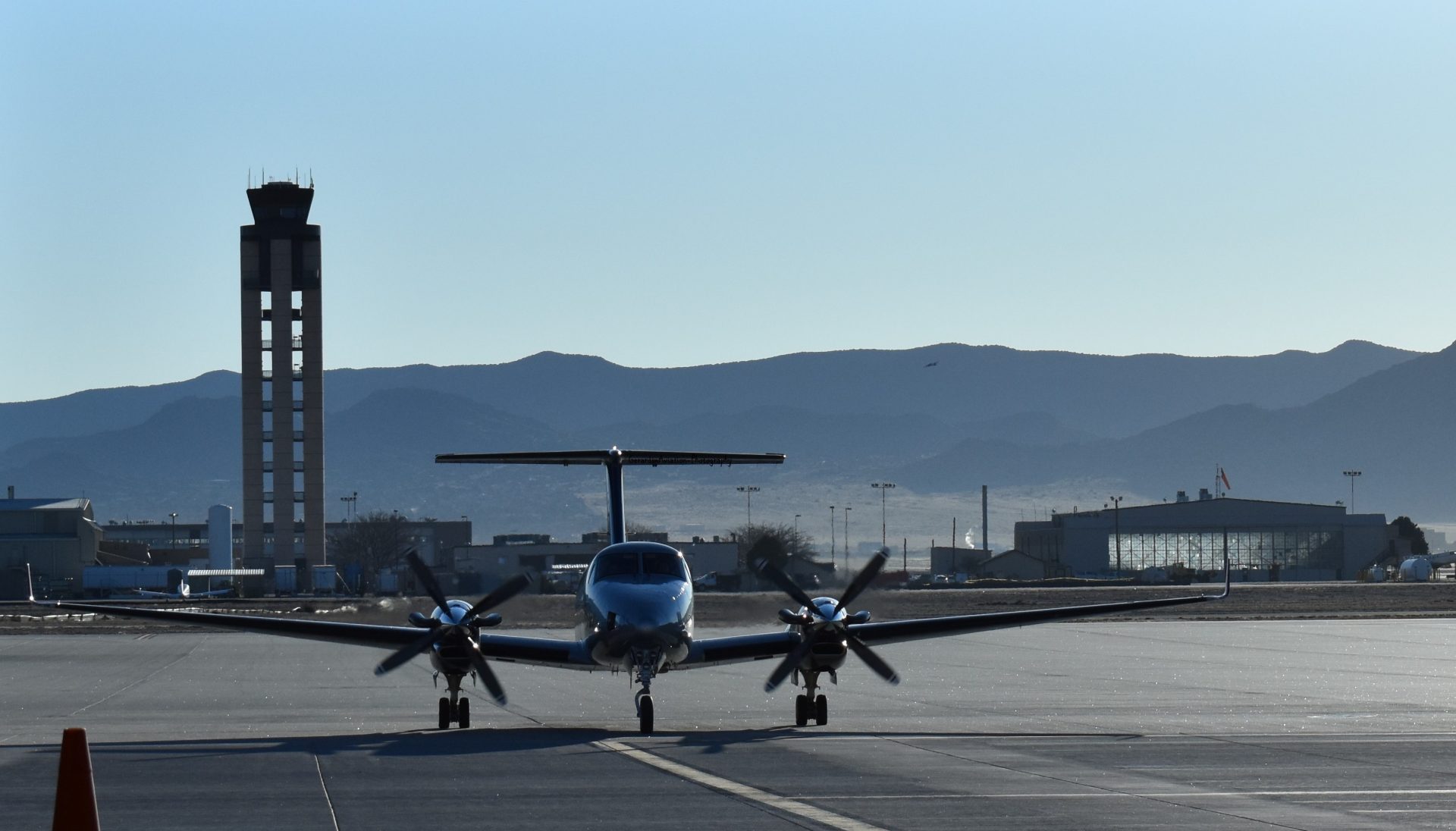