As the COVID-19 immunization run proceeds in Brazil, local airlines have played a crucial role in distributing the doses to all 26 states throughout the nation in addition to the Federal District. São Paulo state is already vaccinating people over 68 years old, but several cities throughout the country have announced lower ages will be vaccinated in the coming days.

The total number of unused and distributed doses has passed 35 million. For April, the latest estimate is that 25.5 million doses will be delivered.

The Brazilian airlines, according to the latest released numbers, have transported around 27.3 million of these shots to cities across the country. Keeping a promise they made in December 2020, all three major Brazilian airlines — Azul Brazilian Airlines, GOL Airlines and LATAM Brasil — plus the country’s largest regional airline, VoePass, are all transporting the shots free of charge aboard their flights since the first shots arrived in the country’s cities in January.

According to the latest data provided by ABEAR — the country’s airline trade group, which includes GOL, LATAM Brasil and VoePass — the companies had transported 19 million doses by March 28.

Of these, LATAM Brasil had by far transported the most, with 16.5 million. LATAM offers the transportation of shots as a part of its “Avião Solidário” Corporate Social Responsibility program and through its cargo branch, LATAM Cargo. Additionally, the airline said it had transported another two million doses in the first two days of April, raising the airline’s number to 18.5 million and ABEAR’s to 21 million.

Additionally, by March 29 Azul said it had delivered “approximately five million doses,” with another 1.353 million distributed in the past week. 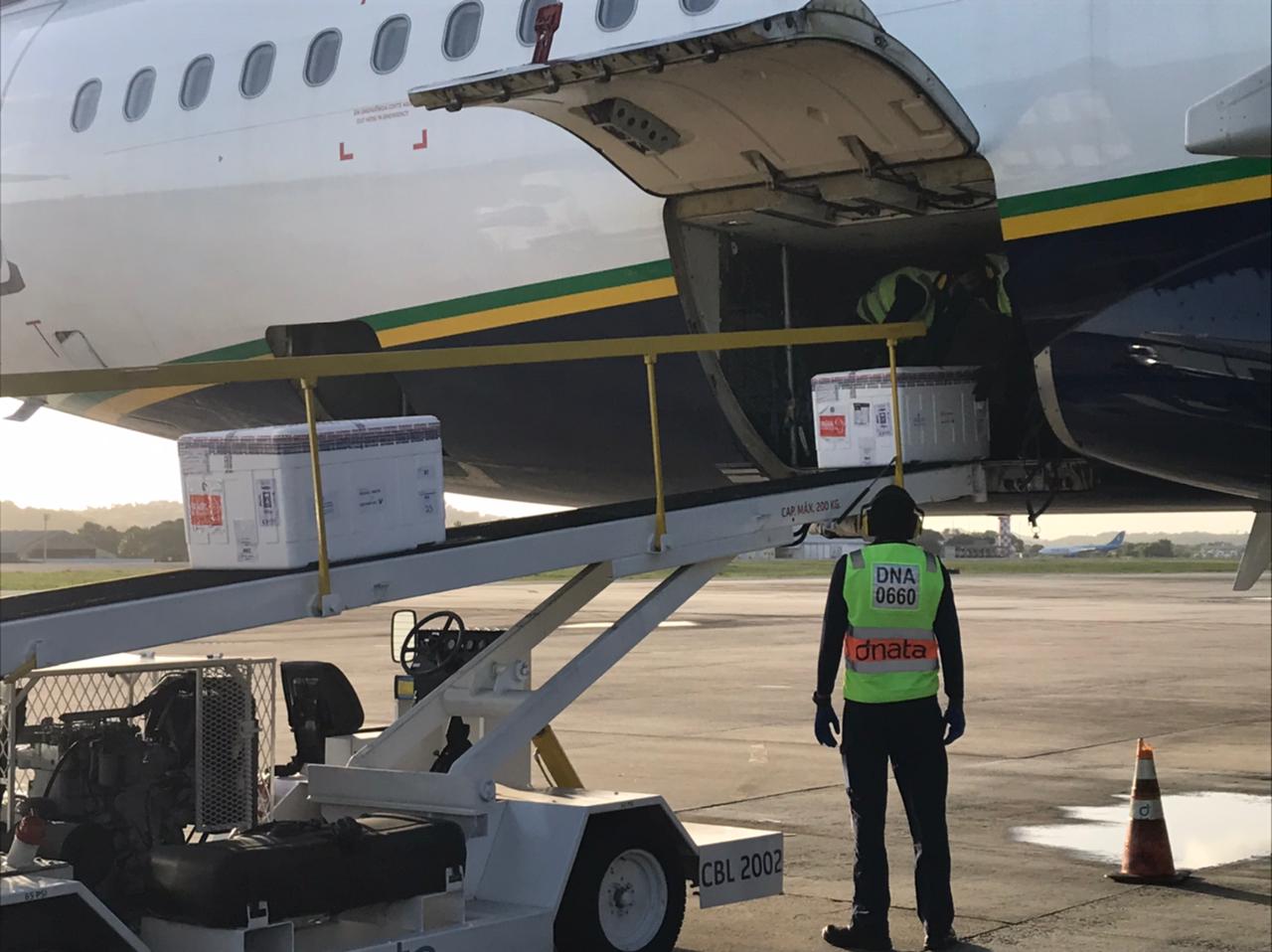 Boxes with COVID-19 vaccines are unloaded from an Azul A320neo in Recife. (Photo: Azul)

From there, the doses are distributed by the airlines free of charge. Stemming from the federal government’s plan, which usually involves proportional distribution based on population, the vaccines are usually delivered to state capitals, from where the local governments take over and distribute the shots to the municipalities.