Sun Country on Tuesday announced a vast new expansion that includes 18 new routes and nine brand-new destinations. AirlineGeeks sat down with Sun Country Airlines Chief Revenue Officer and Head of Network Planning Grant Whitney to discuss the expansion and how the airline is planning to expand in the coming months.

Note that some of Whitney’s responses may be edited for clarity.

A key question is how pandemic recovery is guiding airline decision making and how Tuesday’s announcement played into Sun Country’s larger pandemic recovery. Whitney emphasized that Sun Country is seeing spikes in travel along with other airlines and is reflecting their improvements with their expansions.

“In early February, it felt like there was an inflection point where we turned for the positive, and as we got into early April it feels like there’s another layering-on of positive customer sentiment,” Whitney said. “We’re participating similar to the rest of the industry being leveraged to domestic leisure travel. We feel really good about our positioning.”

“We pride ourselves on being a really agile, flexible airline. That was a huge benefit to us last year as we dealt with the pandemic, but it’s also a benefit for us as we come out of [the pandemic] because we can position the airline to be in the places where demand is coming back,” Whitney added. 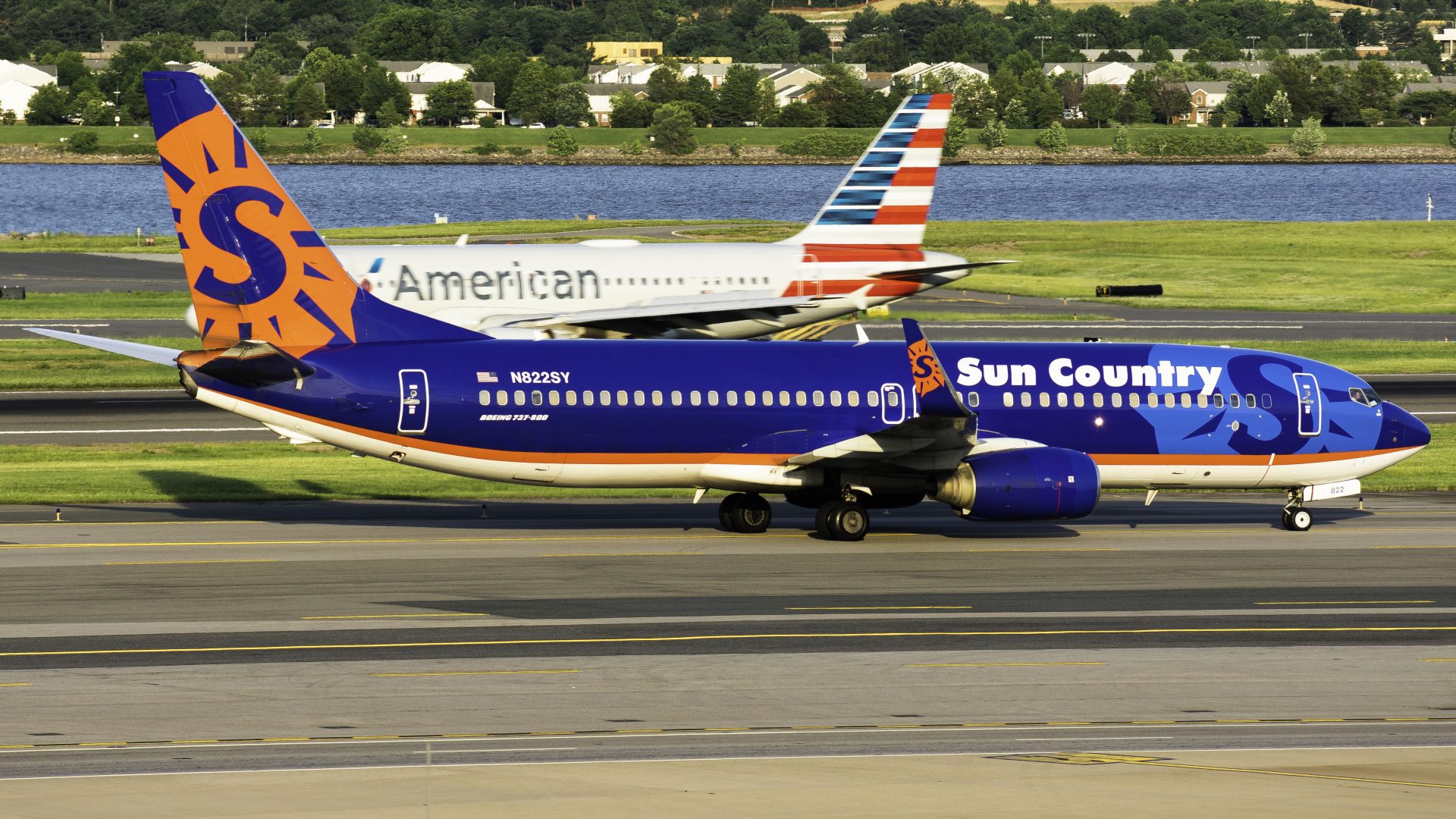 “There are some markets that are coming back quicker than others, but we have a really good sense of what Sun Country is good at and what our strengths are, so as we continue to build the network, it really is just taking into account what we’re good at and meeting the needs of our customers,” Whitney continued. “Especially on the domestic leisure front, demand is coming back in traditional and standard seasonality, and we’re going to take advantage of that.”

The ability to bounce back in response to surges in demand has been a point of contention for airlines for months. When he took over his role last spring, United Airlines CEO Scott Kirby highlighted the intricate balance between keeping enough staff and aircraft on hand to bounce back quickly without losing too much money in the thick of the pandemic. And in early April, Delta Airlines faced the consequences of being unprepared when it was forced to cancel hundreds of flights because it lacked enough current pilots to legally staff all its services.

“We were very true to our strategic framework [during the pandemic], and as we look out into the first quarter of 2022, we wanted to take advantage of this customer sentiment,” Whitney said. “What we announced Tuesday was us really doubling down on our strategy to be the leading leisure value-based airline in Minnesota.”

One of the biggest challenges to Sun Country has been legacy carriers’ turn toward leisure routes as the business travel they rely on has dropped out. While this means there may be more competition with Sun Country in many destinations it was once one of a few carriers in, Whitney emphasized that Sun Country is confident in its business plan and is staying true to what it has been aiming for since the pandemic began.

“It’s a super-competitive business, so we need to be mindful of all of that. We’re really confident in our differentiating characteristics. So we’re mindful of the border industry, but anyone who looked at our announcement Tuesday can tell it’s aligned with what we’ve been communicating with the market this entire year,” Whitney said.

“We stay abreast of everything that’s going on in the industry, but we feel really good about what we bring to customers in terms of a value-based pricing strategy and really specific flying to peak destinations on peak days in peak seasons, so we’re really confident in our ability to compete with everyone,” Whitney added.

Knowing where an airline is going and what is in store for its coming months is always key. We took a look at the destinations that Sun Country has added and what it looks for in new cities.

“We pride ourselves on being really good at choosing markets. It goes back to us being really interested in serving markets when demand is at its peak, so what we’re really tied into is seasonality and knowing when markets have demand peaks and taking advantage of it,” Whitney said. “We’ve been pretty successful. We’ve grown routes even during the pandemic and have been really happy with their performances.”

“We know a huge number of our customers live in and around Mesa,” Whitney said, using Sun Country’s expansion in Phoenix, Arizona as an example. “We’re excited just to give our customers more destination choice in these big leisure destinations, so we’ll continue to grow Sky Harbor.” 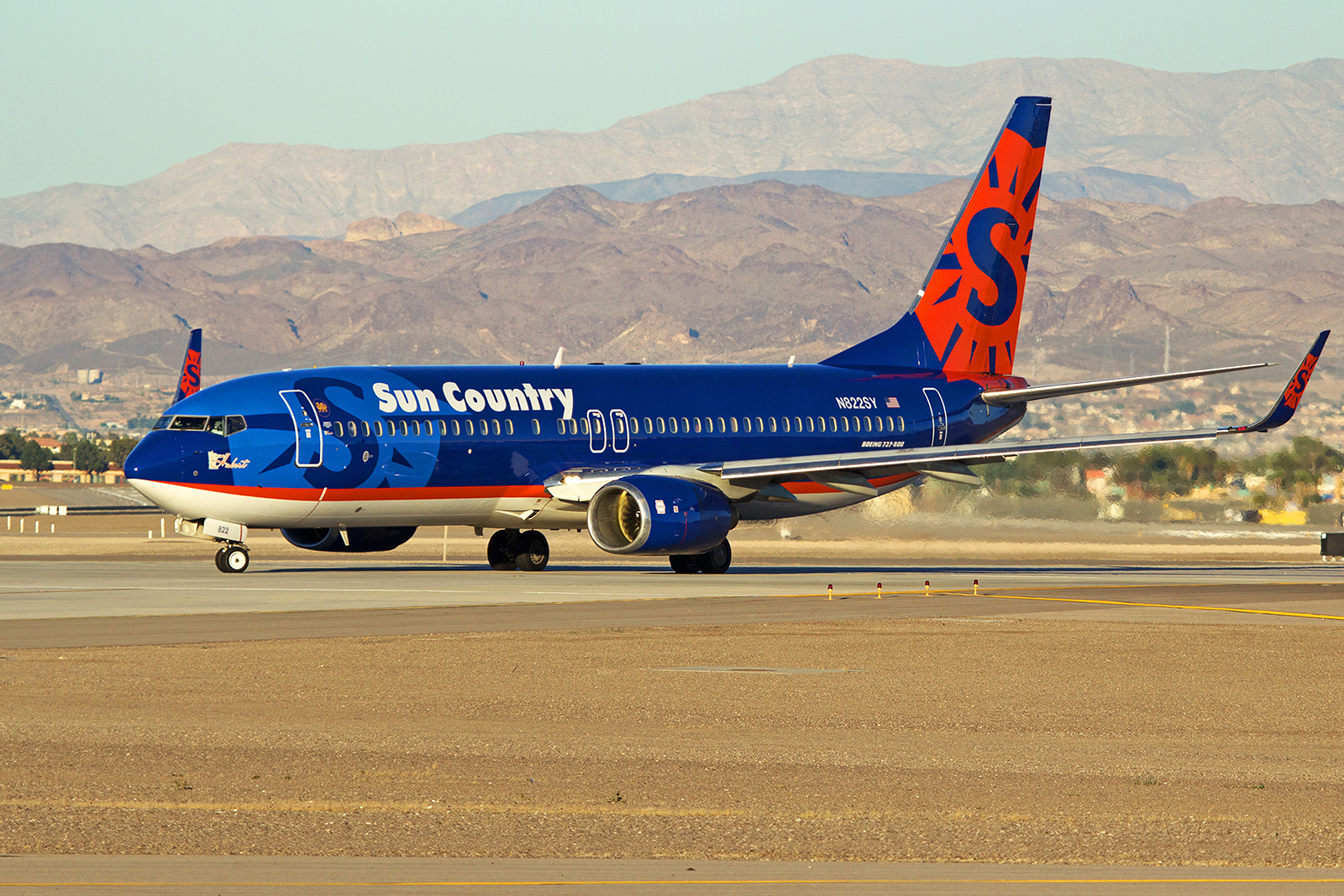 We took note of Sun Country’s apparent tendency toward serving routes that lack major competition. While many of the routes launched Tuesday – and indeed many in Sun Country’s previous big announcement in January – do feature routes where Sun Country is the only airline, Whitney said that Sun Country isn’t specifically going for such connections.

“We know this is a very competitive marketplace and we compete with really good airlines, so we don’t make any predictions in terms of what responses will be,” Whitney said. “But we have shown we can successfully compete against other airlines on a non-stop competition.”

“We’re out to best serve the needs of our customers where we think the Sun Country brand can be successful,” Whitney added.

Ultimately, Whitney believes that Sun Country is in a good place and is poised to grow when the opportunity arises. He pointed to confidence in Sun Country’s brand and the airline’s desire to stand out and differentiate itself from its competition.

“We are an airline that’s poised to grow. We feel really good about our fundamentals and our ability to grow the franchise,” Whitney said. “You should expect news from us on a regular basis just as we go through and extend our schedule as we build the airline.”

“What you’ve seen from us is a pretty good indication of what you should expect,” Whitney added on the types of expansions on the horizon. “There will be a lot of focus on our biggest operation out of Minneapolis-St. Paul – it’s a really important network for us, and it’s a huge goal of ours to really grow the brand and the network up here, to be the leading value-based carrier in the market.”

“But we’re opportunists, and we’ll serve other markets as we see the opportunity,” Whitney concluded.

Sun Country will have substantial competition in the coming months. As established competitors like JetBlue, Spirit and Southwest grow across Wisconsin and Minnesota and new carriers like Breeze and Avelo launch operations, a good chunk of carriers will be vying for passengers as the pandemic subsides, vaccines are distributed and passengers return to the skies.

But for the moment Sun Country seems strong. It launched its Initial Public Offering last month, and, besides its latest passenger expansions, its services are complemented by a cargo network primarily operating for Amazon as well as passenger charter services.