A Qantas A380 rests in storage (Photo: AirlineGeeks | William Derrickson)

How Qantas Airbus A380s Fend Against Rattlesnakes In the California Desert

In California’s Mojave Desert, specifically Victorville, Qantas’s Airbus A380-800s are sitting in long-term storage, amid the coronavirus pandemic causing a major decrease in international travel in Australia. While in storage, Qantas needs to conduct weekly, biweekly and monthly maintenance involving the draining of fuel tanks of water caused by condensation, rotating the wheels, checking tire pressures and inspecting the fuselage and wings for animal nests.

“Aircraft like these are highly technical and you can’t just land it at the storage facility, park it and walk away.  It’s really important that even when in deep storage, the aircraft are maintained to the Qantas standard,” states Tim Heywood, Qantas Manager for Engineering in Los Angeles.

Recently, the Australian airline took one of its Airbus A380s from Victorville to Los Angeles for a gear swing procedure at its hangar facility, the first departure of the aircraft in 290 days, part of its initiative to keep its aircraft in top shape for its return to service, scheduled for 2023.

Lately, venomous rattlesnakes and scorpions were found lurking in the wheel wells and the tires of the jumbo jet, posing a risk for engineers working on the aircraft. According to Tim Heywood in a company blog post, “The area is well known for its feisty ‘rattlers’ who love to curl up around the warm rubber tires and in the aircraft wheels and brakes.”

Since rattlesnake season is in effect in the Mojave Desert, engineers needed a solution. They repurposed a broom handle, known as a “wheel whacker,” to fend against these dangerous creatures. It works by banging on aircraft tires, landing legs and wheels wrapped in protective film, altering and scuttling away animals housed in the aircraft.

Heywood states, “Every aircraft has its own designated “wheel whacker” (a repurposed broom handle) as part of the engineering kit, complete with each aircraft’s registration written on it.” 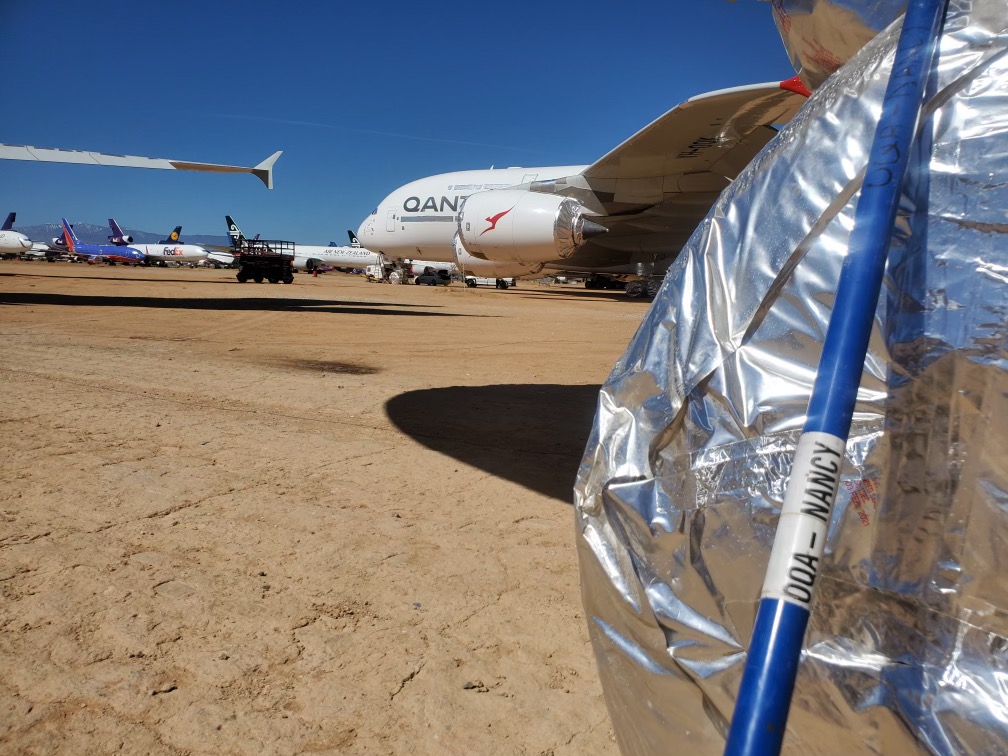 “The first thing we do before we unwrap and start any ground inspections of the landing gear, in particular, is to walk around the aircraft stomping our feet and tapping the wheels with a wheel whacker to wake up and scare off the snakes. That’s about making sure no harm comes to our engineers or the snakes.”

“Only then do we carefully approach each wheel and unwrap them before performing our pressure checks and visual inspections.” 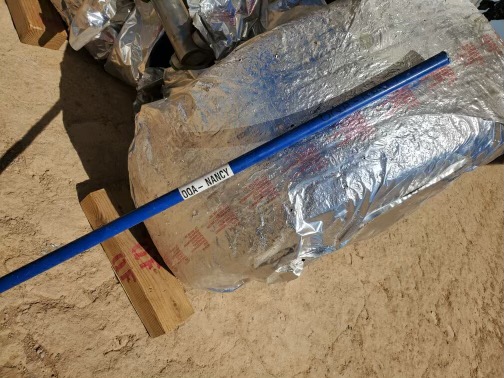 Many other airlines placed their long-haul aircraft in storage during the COVID-19 pandemic, including the Airbus A380-800. For example, airlines like Singapore Airlines parked their A380 fleets in deserts like Alice Springs, Australia, hoping that the aircraft would be suitable in its plans for the future, pending a travel rebound.

However, many airlines have decided to retire the widebody permanently from their fleets like Malaysia Airlines, Thai Airways, Air France, Lufthansa and others, due to the high demand necessary to fill the planes, opting for leaner, new-generation aircraft.

For Qantas Airways, the blueprint to recovery includes the Airbus A380-800 and its two international workhorses, the Airbus A330 and Boeing 787-9. Tentatively, international flights for the airline are scheduled to resume in late December, in addition to an ongoing trans-Tasman travel bubble between Australia and New Zealand.

Additionally, according to 7News Australia, more travel bubbles are in the works with Pacific Island destinations like Vanuatu and Fiji, with travel bubbles under consideration for countries like the United States and the United Kingdom. As for the return of the jumbo Airbus A380-800, the aircraft is slated for a 2023 return, servicing its core network to destinations like Los Angeles.