Just a month after receiving the first few of its largest narrow-bodies to date in May 2021, the low-cost carrier subsidiary of Singapore Airlines, Scoot, has officially introduced the entry into flight operations of one of the new single-aisle Airbus A321neo aircraft, which its inaugural flight from Singapore to Bangkok as TR610.

Registered as 9V-NCA and nicknamed as the “Wings of Change,” the newest addition to the low-cost carrier’s fleet departed Singapore’s Changi International Airport at 15:24 on Monday, June 28, and it later arrived in Bangkok’s Suvarnabhumi Airport at 16:55.

The return flight TR611 is scheduled to depart Bangkok on the same day, but a much later timing at 17:40, and will arrive back in Singapore at 21:00.

In the subsequent future, Scoot plans to deploy the A321neo for its Singapore-Cebu and Singapore-Ho Chi Minh City routes sometime in August.

The President of Airbus Asia-Pacific, Anand Stanley, said in regards to Scoot’s delivery, “The arrival of the A321neo at Scoot marks another milestone in the close relationship we share with the Singapore Airlines Group.”

Stanley also added further by saying that the new addition to Scoot’s fleet would position the airline adequately for the recovery in air travel.

Currently, as of writing, Scoot has taken delivery of three A321neo aircraft on lease from BOC Aviation out of a firm order for sixteen aircraft. Of the ordered sixteen, six are requested to be an upsize from Scoot’s original A320neo orders and the remaining ten are leased.

The Singapore-based low-cost carrier has joined a long list of airline customers who have previously, and still are, placing orders for the Airbus A321neo. Hailed as a “game-changer” for narrow-body flight operations, the A321neo has a flight range of more than 2,600 nautical miles, which is 270 nautical miles longer as compared to predecessors such as the A320neo.

The extended range allows for airlines like Scoot to be able to operate the A321neo aircraft on short to medium-haul routes with more than five hours of flight time, resulting in opportunities for the airline to expand its destination network.

Additionally, the A321neo offers a larger passenger capacity of 236 seats – which is an additional 50 when compared to the A320neo – and the bigger cabin recirculation fans ensures that the cabin air is refreshed much more frequently.

Through the higher seat count, it gives Scoot the ability in optimizing its fleet utilization to better match aircraft capacity to passenger demand, further allowing the airline to improve on its operating economics and unit costs. For example, Scoot can choose to deploy the A321neo instead of the A320 during peak seasons, and it can also substitute Scoot’s wide-body Boeing 787 aircraft during softer demands for customer-convenient frequency. 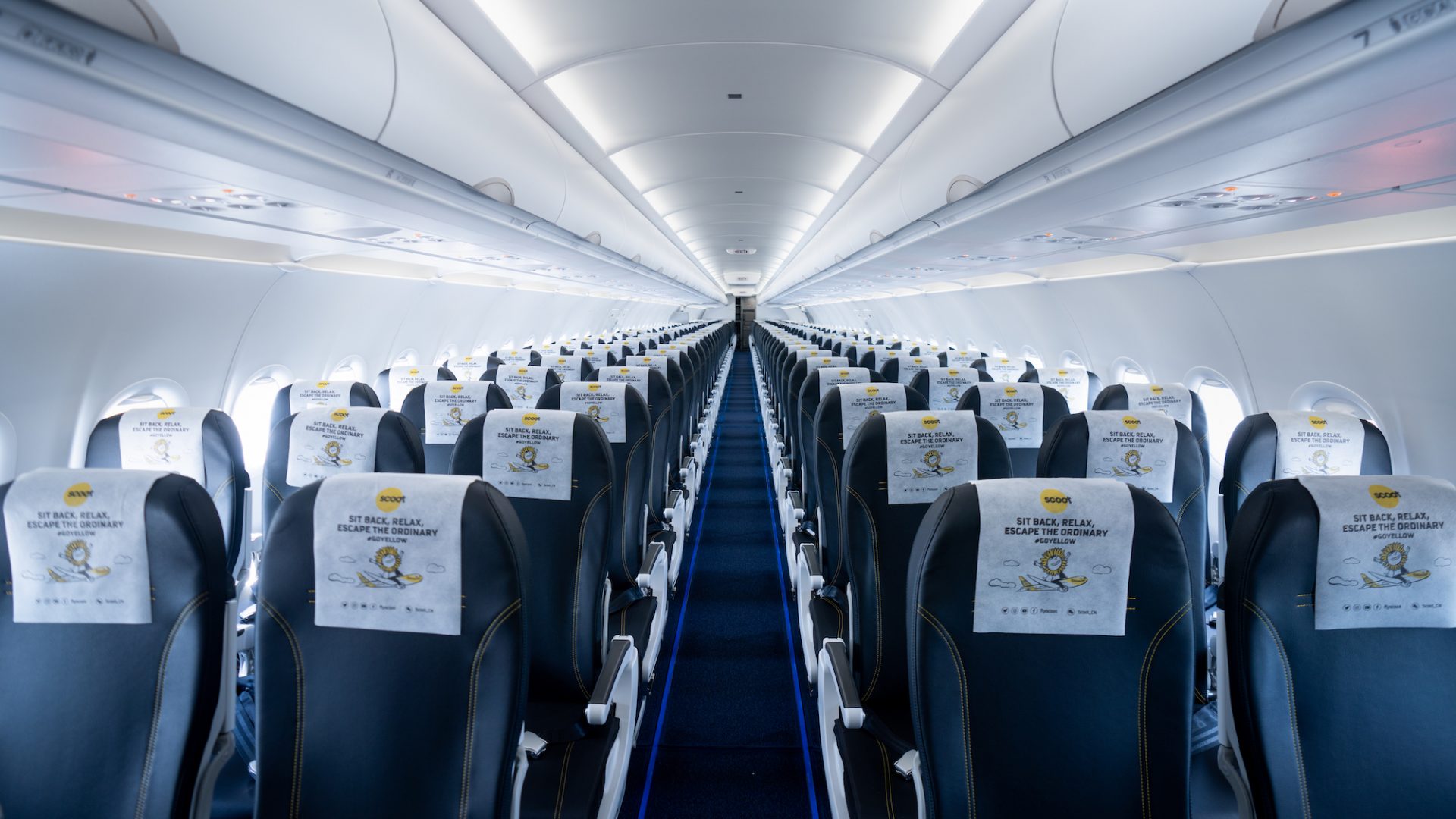 Perhaps the most important aspect of the A321neo would be its fuel-efficient PW1100G-JM engines, which, paired with further-enhanced Sharklets, enable for up to 22% less fuel burn per seat.

These are in addition to the airline’s 20 wide-body Boeing 787 aircraft in its operating fleet, with seven remaining on order.

Scoot has also been committed to achieving more sustainable operations and is working towards reducing carbon emissions for a more environmentally-friendly aviation industry, and the A321neo can help the airline in doing so for the long-term.

Pertaining to sustainability, Wilson said, “Investing in new-generation aircraft and operating a young, fuel-efficient fleet is a cornerstone of Scoot’s strategy to achieve net zero carbon emissions by 2050.”