Pittsburgh International Airport became the first airport to run completely on natural gas and solar energy when their microgrid went live on Wednesday after breaking ground nearly one year ago.

The project utilizes a microgrid, an electricity source that runs independently while maintaining its connection to the traditional grid.

The airport was able to accomplish this through the addition of 9,360 solar panels and five natural gas-fired generators that sit on approximately eight acres of the airport’s property.

“We are leveraging the talents and skills of our local workforce and partners to create an energy source that is resilient and sustainable,” Tom Woodrow, the airport’s vice president of engineering, said of the project in a statement. “Pittsburgh International will be one of the most site-hardened airports in the world.”

The airport’s solar panels, combined with the generators, will produce more than 20 megawatts of electricity, 43% more than the 14 megawatts needed during peak demand. The power generated from the microgrid has the capacity to supply power to the airport’s airfield, terminal buildings, Hyatt Hotel and a gas station near the airport. The airport will remain connected to the current power grid for use in an emergency where additional or backup power is needed.

By implementing the microgrid, the Pennsylvania airport will not only save money on fuel costs, but it will significantly increase the airport’s reliability and safety for passengers.

One outcome the airport aims to avoid with the microgrid is potential power outages, which have a proven track record to result in significant losses. An example of this occurred during winter 2017 at Atlanta’s Hartsfield-Jackson International Airport when the airport lost power for nearly 11 hours. The outage cut power to both airfield and terminal areas, which resulted in more than 1,000 canceled flights, creating a financial loss for the hub’s main commercial carrier Delta Airlines of $50 million and a total loss for all airlines of upwards of $100 million.

Airports are not as protected against power outages as one may think, with Denver International Airport experiencing one this past Wednesday. Although brief, the outage resulted in 550 aircraft delays for flights to and from the airport.

A 20-year contract for the project was awarded to Peoples Natural Gas by the Allegheny County Airport Authority Board of Directors. In the past year, Peoples Natural Gas built the $30 million project and will continue to maintain and operate the microgrid at zero cost to the airport. Following the 20 year contract, the airport will be given an option of whether or not they want to renew the contract with People’s Natural Gas or if they want to transfer it to a new owner.

Through the use of renewable energy, the airport will be doing its part to help the industry reduce its carbon footprint and contribute to the industry-wide goal of cutting carbon emissions in half by the year 2050. Airports worldwide are contributing to the goal by utilizing more sustainable energy options such as solar, wind, biomass, hydro and geothermal. 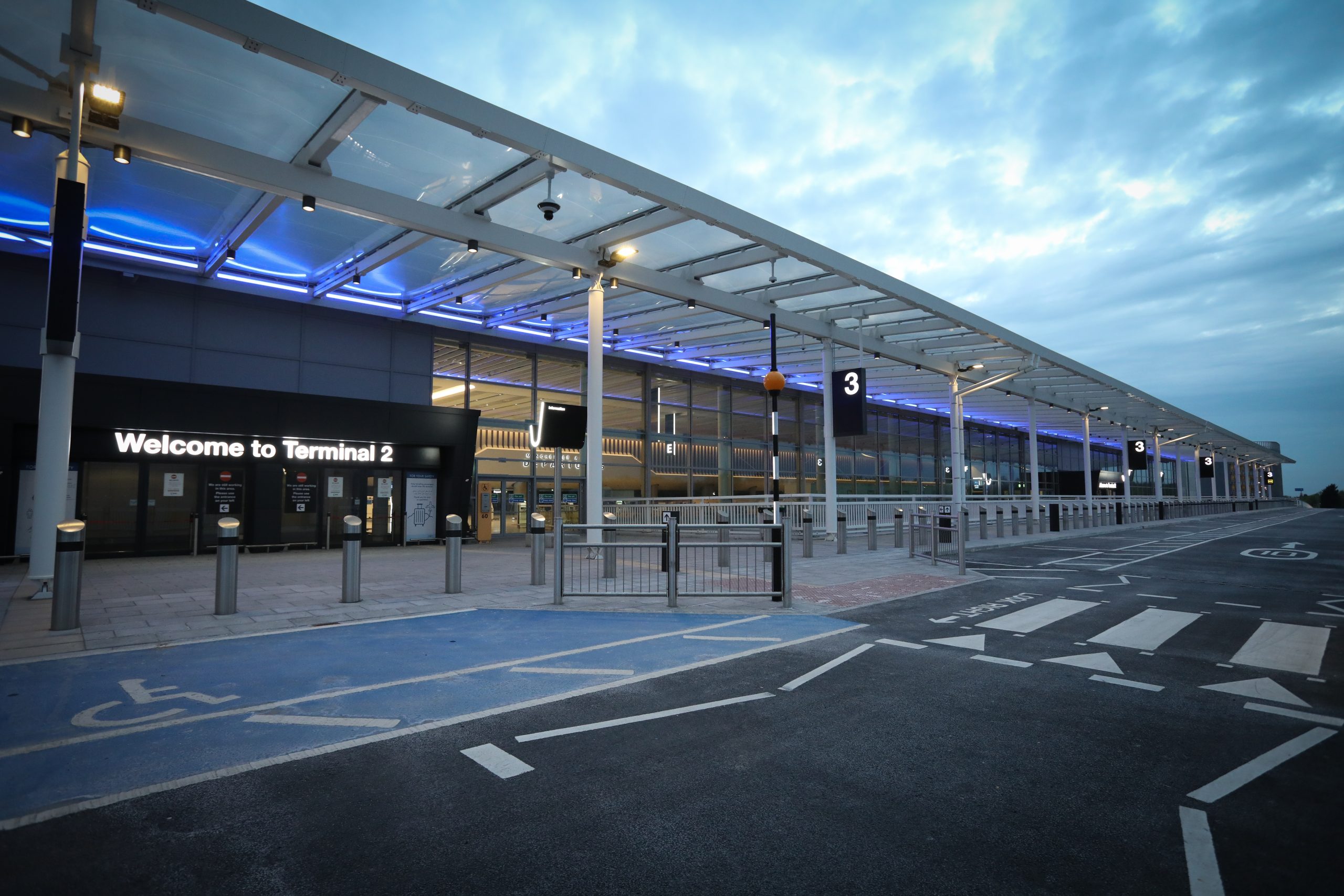 Manchester Airport has announced that its new Terminal Two extension will open this week. The new building forms the focus…

International Airlines Group (IAG) announced its Q2 results on Friday that indicated progress in the consortium’s recovery from the pandemic. The parent company of the U.K. and European airlines including British Airways, Iberia, Vueling, Aer Lingus and LEVEL revealed an operating loss of €967 million ($1,148 million) that compares to…

Considered as the most popular leisure airline of Germany, Condor Flugdienst GmbH has made the decision to order 16 Airbus…