Rhetoric on the need for cooperation between airlines in Africa has never been in short supply, but action has been less forthcoming.

In the current aviation landscape, filled by the emergence of new markets, South African Airways and Kenya Airways are looking to redouble their efforts to remain competitive.

The two loss-making airlines have signed a memorandum of understanding with a longer-term view to co-start a Pan-African Airline Group that will enhance mutual growth potential by taking advantage of strengths of the two airlines’ busy hubs.

SAA’s Interim CEO, Thomas Kgokolo, said, “As well as being a strong local carrier, part of our broader growth strategy is to become a major player in regional travel and this joint memorandum with Kenya Airways, one of the continent’s strongest and most respected carriers, will do just that.

“Part of SAA’s core remit is to be a significant enabler of business and trade in Africa and it’s through a strategic understanding like this that real progress will be made in advancing South Africa and the continent’s growth,” Kgokolo continued.

The memorandum will help improve customer experience by offering a wider range of choices and destinations. The cooperation will also help in the standardization of product and service offering that is in line with current global aviation trends.

Mr. Allan Kilavuka, Kenya Airways’ CEO, highlighted the partnership’s significance in turning around the fortunes of both KQ and SAA: “The future of aviation and its long-term sustenance is hinged on partnership and collaboration. Kenya Airways and South African Airways collaboration will enhance customer benefits by availing a larger combined passenger and Cargo network, fostering the exchange of expertise, innovation, best practices, and adopting home-grown organic solutions to technical and operational challenges’’.

“It is not a merger but a partnership that seeks to re-organize KQ and SAA assets into an ecosystem that will make the South African and Kenyan aviation sector more competitive,” Kenya Airways said in a statement.

In a context of intense rivalry, the two legacy carrier are facing multiple challenges that include, but are not limited to, high fleet renewal and maintenance costs, advent of new business models and regulatory changes. Since internal growth or competitors’ takeover may be hard, choosing to cooperate with each other makes more sense.

This form of partnership has indeed also attracted many airlines in recent years and now covers a major part of global air traffic. Indeed the trans-Atlantic joint venture of Air France – KLM alone accounted for more than 20% of the overall trans-Atlantic capacity in 2017 with 250 trans-Atlantic flights per day.

These partnerships exist in more or less complex forms and constitute crucial levers for airlines to enter a new market or strengthen their position in fast growing areas like Africa.

Kgokolo believes that working with Kenya Airways will harness internal resources and capacities leading to sustainable and cost-effective growth. This includes shared services in the areas of route networks, fleet, and capacity deployment and exploring economic, technical as well as maintenance, repair, and overhaul opportunities to achieve economies of scale.

A Market With Great Potential

The African market offers strong growth potential for airlines. According to the International Air Transport Association (IATA), provided that governments do not harden the barriers to entry, Africa is set to become one of the fastest-growing regions for aviation in the next 20 years with an annual expansion of nearly 5%.

Airlines inside and outside Africa are upbeat about the growing opportunities and huge potential in the continent’s aviation industry.

Driving this growth are the international and African carriers adding more routes on the continent and scaling up their operations by acquiring or forging partnerships with other airlines operating in Africa. 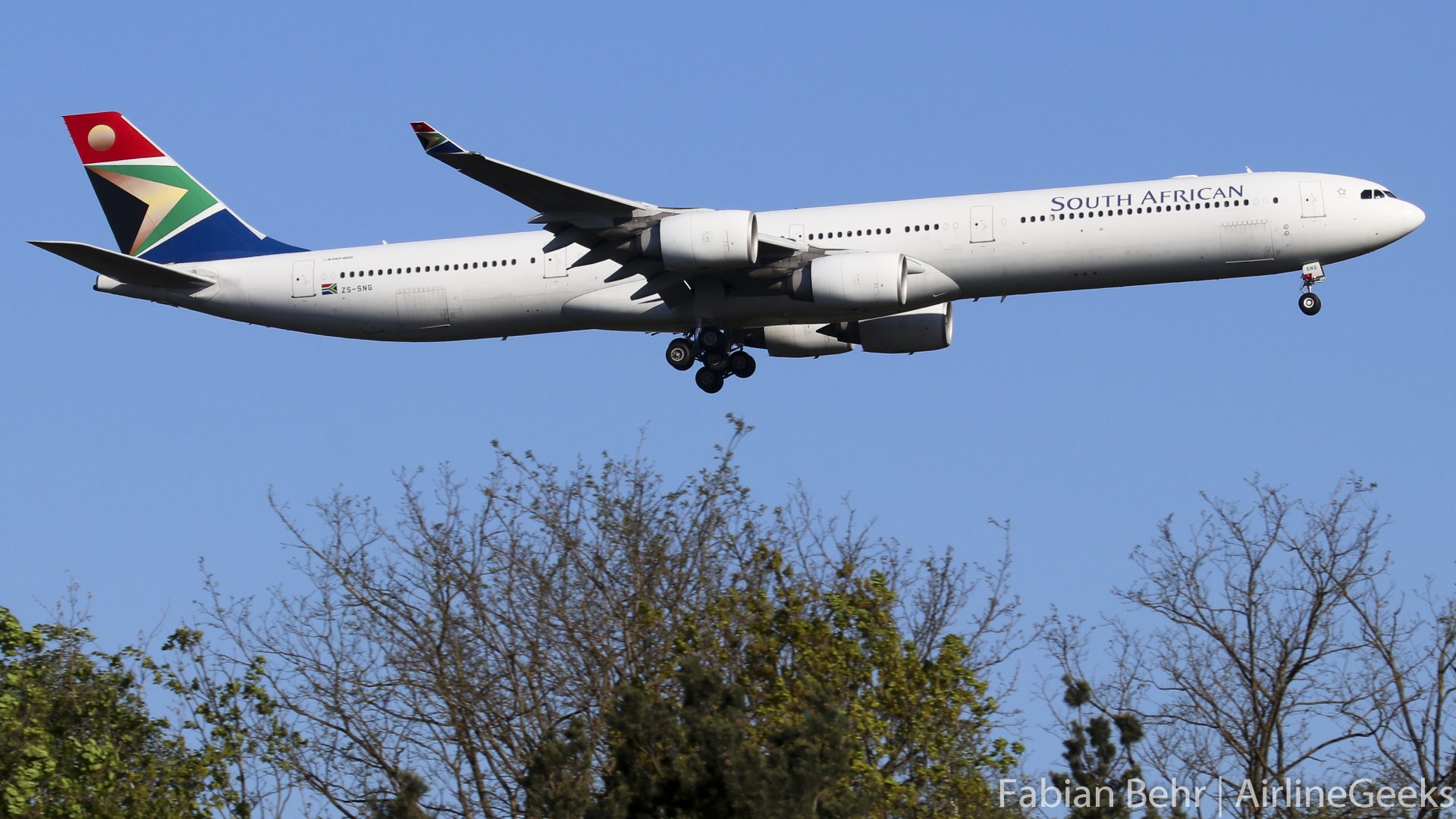 A South African A340 on approach.
(Photo: AirlineGeeks | Fabian Behr)

In 2018, the continent’s largest airline by revenue and profit, Ethiopian Airlines, signed a deal to acquire a 45% stake in Zambia Air, resurrecting the Zambian flag-carrier more than two decades after its shut-down.

Moreover, another sign that Africa’s aviation industry is witnessing an upturn is that low-cost carriers have begun serving second-tier cities on the continent, a trend that industry experts expect to continue.

South Africa’s Kulula.com became the continent’s first budget airline in 2001. Since then, others have jumped in, connecting cities that bigger carriers deem unprofitable to serve at prices the growing middle-class can afford.