Vietnam Airlines vs. Bamboo Airways: The Quest to Launch Direct Flights to the US

On Saturday, Vietnam Airlines filed permanent commercial flights from Ho Chi Minh City to San Francisco, paving the way for the first permanent nonstop connection between the United States and Vietnam. These flights will operate twice a week on Sundays and Wednesdays from Nov. 28, utilizing the carrier’s Airbus A350-900, per theaeronetwork.

In August, in an interview with Bloomberg, Vietnam Airlines CEO Le Hong Ha detailed that flights between Vietnam and the United States would rely on cargo demand to offset initial weak passenger demand. He added that the route would include a refueling stop, though this is not reflected in the current schedule offering.

According to RoutesOnline, data from Sabre indicates that the O&D – Origin and Destination- traffic between the United States and Vietnam totaled 1.77 million passengers in 2019, with 198,000 passengers flying the Ho Chi Minh City to San Francisco route. The route with the highest O&D traffic is the flight between Ho Chi Minh and Los Angeles, with 300,300 passengers.

The TSA and the FAA have yet to provide licenses to any Vietnamese carriers to operate regular direct flights to the U.S. The two airlines are now competing to be the first Vietnamese carriers to create a direct, regularly scheduled connection to the U.S. According to Vietnam Airlines, the carrier established a representative office in San Francisco in early 2000 to develop a sales system and get access to local clients.

It has also started working with a number of US airlines, including American Airlines and Delta Air Lines, to broaden its market reach. Simultaneously, Vietnam Airlines has worked to strengthen security and safety requirements as well as service quality, coordinating with local and international organizations and partners to complete relevant processes. 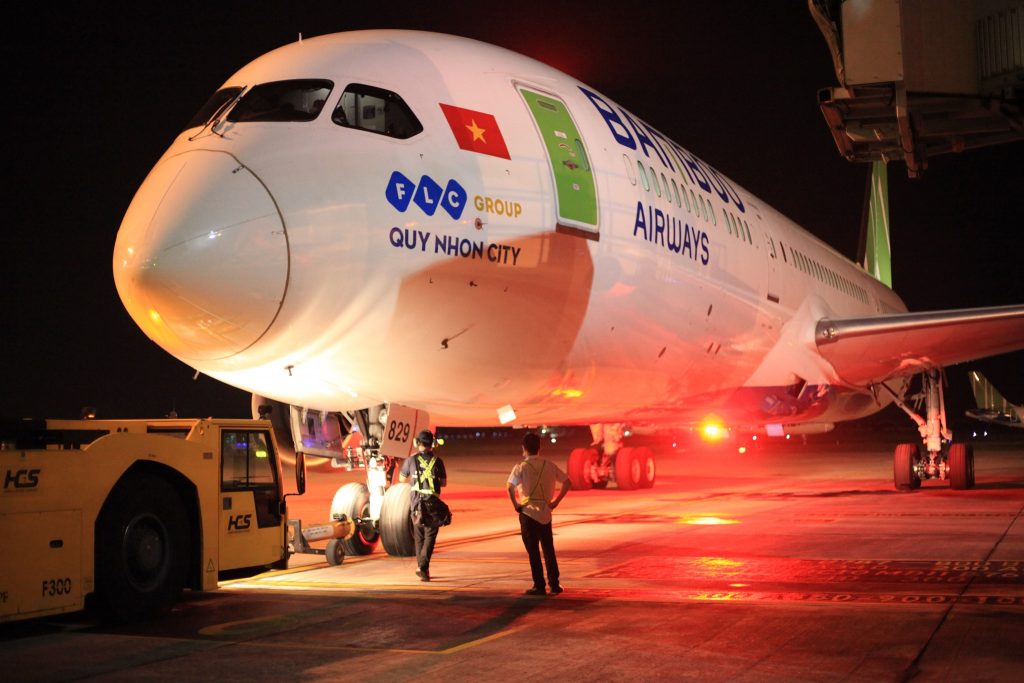 Various permits from U.S. component agencies such as the TSA, FAA, Department of Transportation, U.S. Customs and Border Protection (CBP), the International Revenue Service (IRS), the Animal and Plant Health Inspection Service (APHIS) and the National Transportation Safety Board (NTSB) are required for regular flights. This is in addition to certain approvals from authorities of San Francisco International Airport and business administration agencies of states of the U.S.

With its more stringent criteria, the TSA is one of the most difficult mountains to climb. Before moving further, it would send specialists to Vietnam to inspect airports. The FAA will rely on the TSA’s clearance to award Vietnamese airlines a license. Vietnam Airlines has completed all of the necessary paperwork and procedures for TSA approval.

A Difficult Dream to Achieve

There are presently no direct flights connecting the two nations, and as a result, passengers wishing to fly between the two nations must transit through Hong Kong, Korea or Taiwan, among other options, resulting in a total journey duration of around 20 hours, whereas a direct flight would reduce the trip time to 15-16 hours. Vietnam Airlines and Bamboo Airways both have aircraft that are eligible for direct flights to the U.S. Vietnam Airlines has a fleet of roughly 30 wide-body aircraft, with 14 Airbus A350s and 15 Boeing 787-9s. Bamboo Airways, on the other hand, owns three Boeing 787-9s.

According to a representative from Vietnam’s Civil Aviation Authority, the current fleets of Vietnam Airlines and Bamboo Airways, which include Boeing 787-9 Dreamliner and Airbus A350 XWB aircraft, will not be able to travel straight to the U.S. at full capacity — over 300 seats. The Boeing 777X and Airbus A350-1000 are needed for long-haul and direct flights, but the two airlines do not have such planes, he added. Aside from technological difficulties, analysts have questioned the viability of direct flights between Vietnam and the United States.

However, there are concerns over profitability due to the low yielding nature of the market and the length of the flight. In a 2019 filing, Vietnam Airlines posted that it anticipates first-year losses of $54 million on a hypothetical Ho Chi Minh City to Los Angeles route. Similarly, in 2018, Vietnam Airlines CEO Doung Tri Thanh expressed that “Vietnam Airlines could face an average annual loss of $30 million in the first five years of operation if we open a direct route to the U.S.”

Additionally, Vietnam Airlines anticipates a 75% drop in revenue from pre-pandemic levels in 2021, after a loss of about 7 trillion dong ($307 million) in the first half of 2021. Nonetheless, potential cargo revenue and profit could offset or even out the losses from passenger revenue. Additionally, the state-owned carrier admitted in an interview with Reuters in 2018, “The philosophy of the company is to help the economy and try to be viable and profitable… You can see on most of the intercontinental routes we are not making money. But we are helping to get people in and out.”

In 2020, Vietnam Airlines operated twelve repatriation flights to Houston, San Francisco and Washington Dulles, utilizing a mix of its fleet of Boeing 787-10 and Airbus A350-900. During the summer of 2021, Vietnam Airlines reinitiated repatriation efforts to the U.S., operating flights to Washington Dulles, San Francisco and Dallas, using its Boeing 787-9.